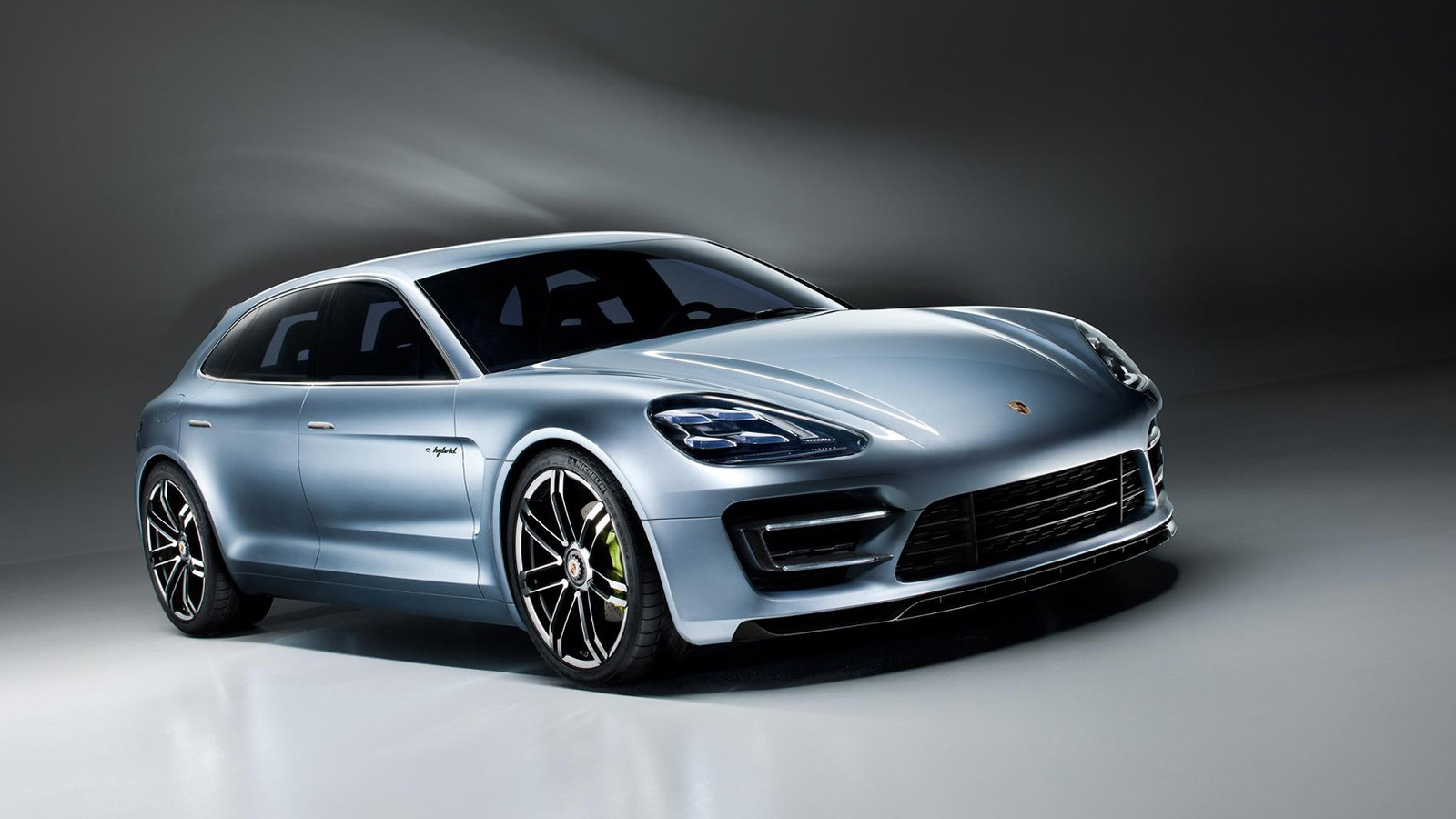 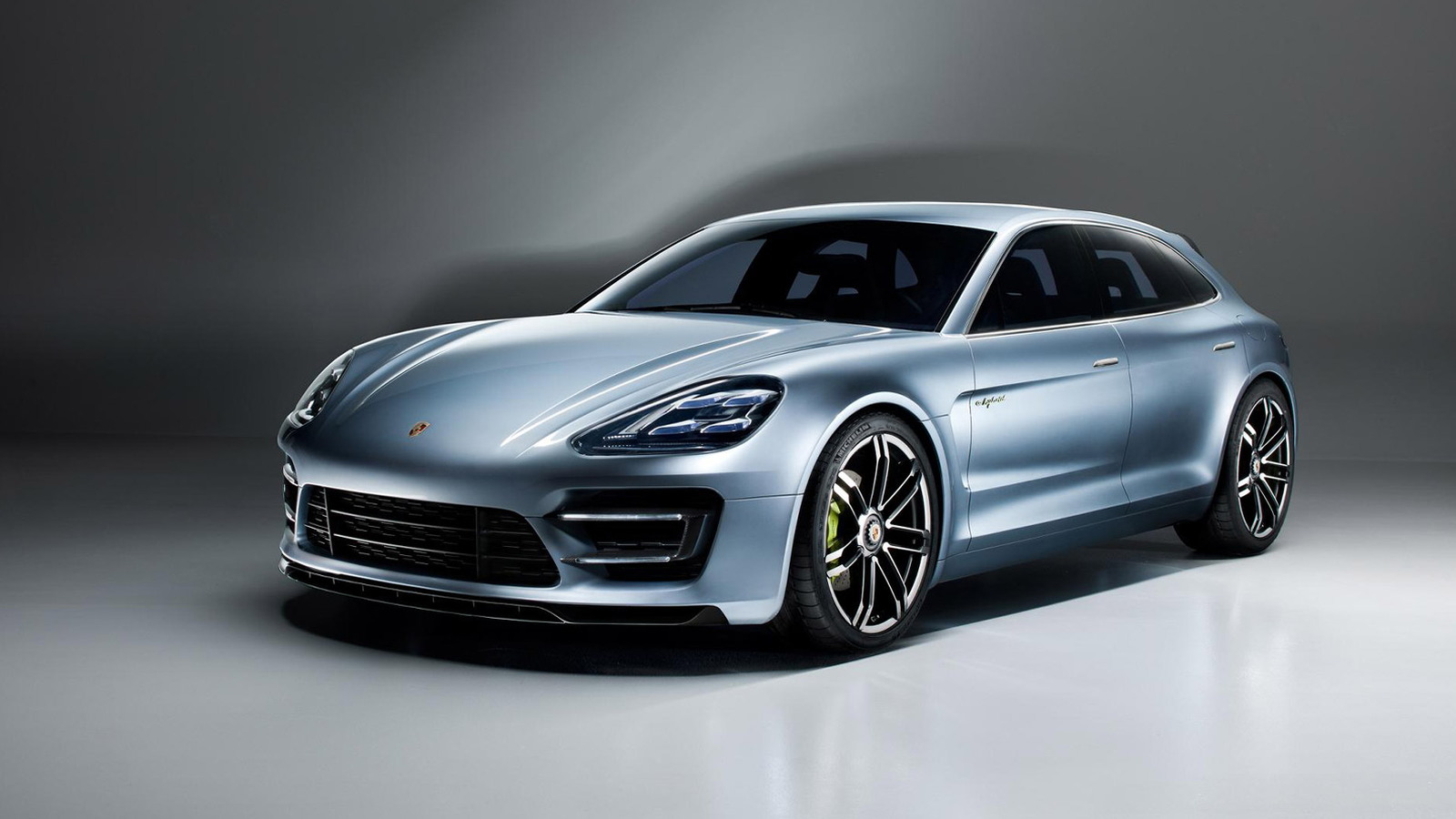 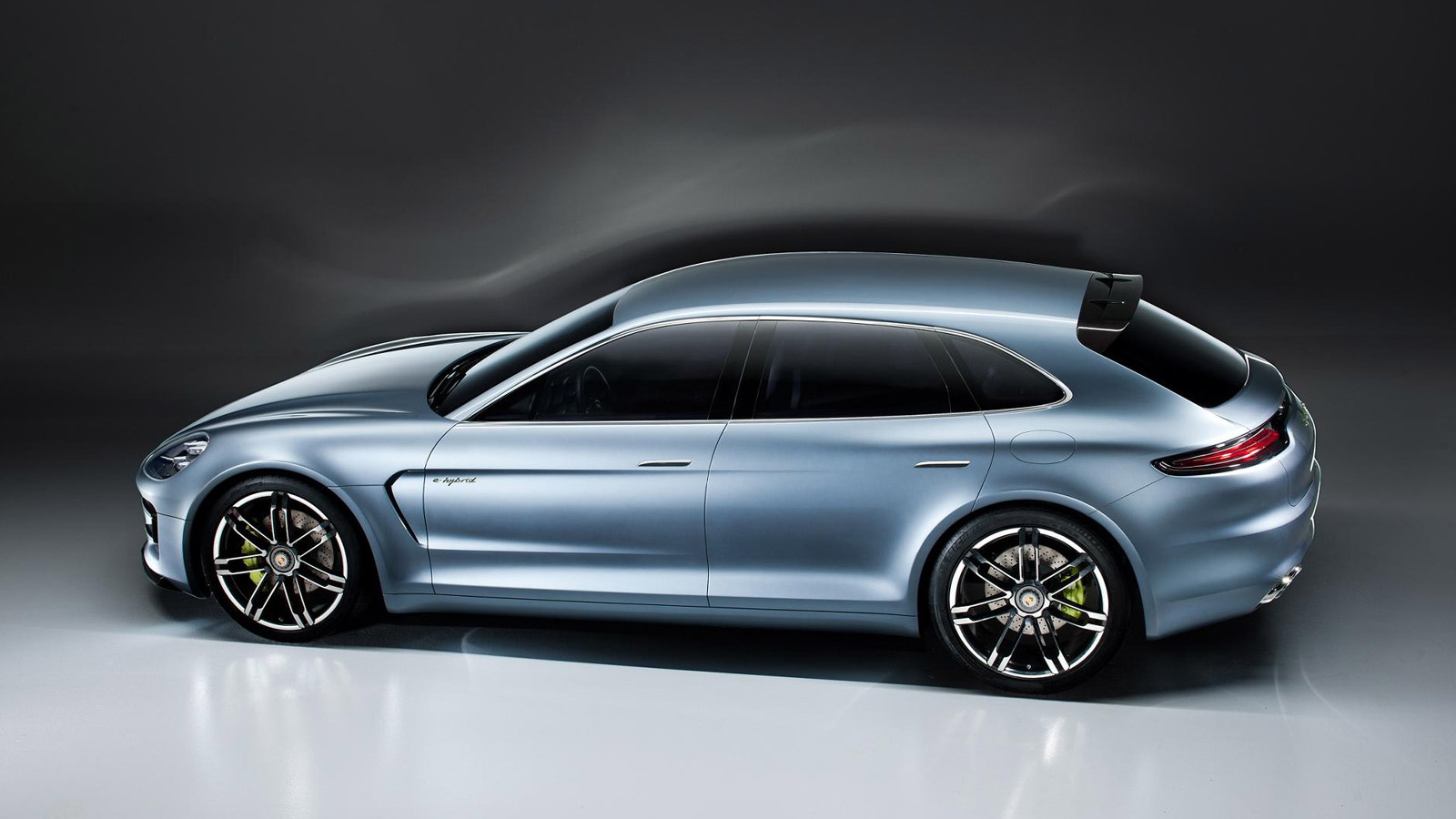 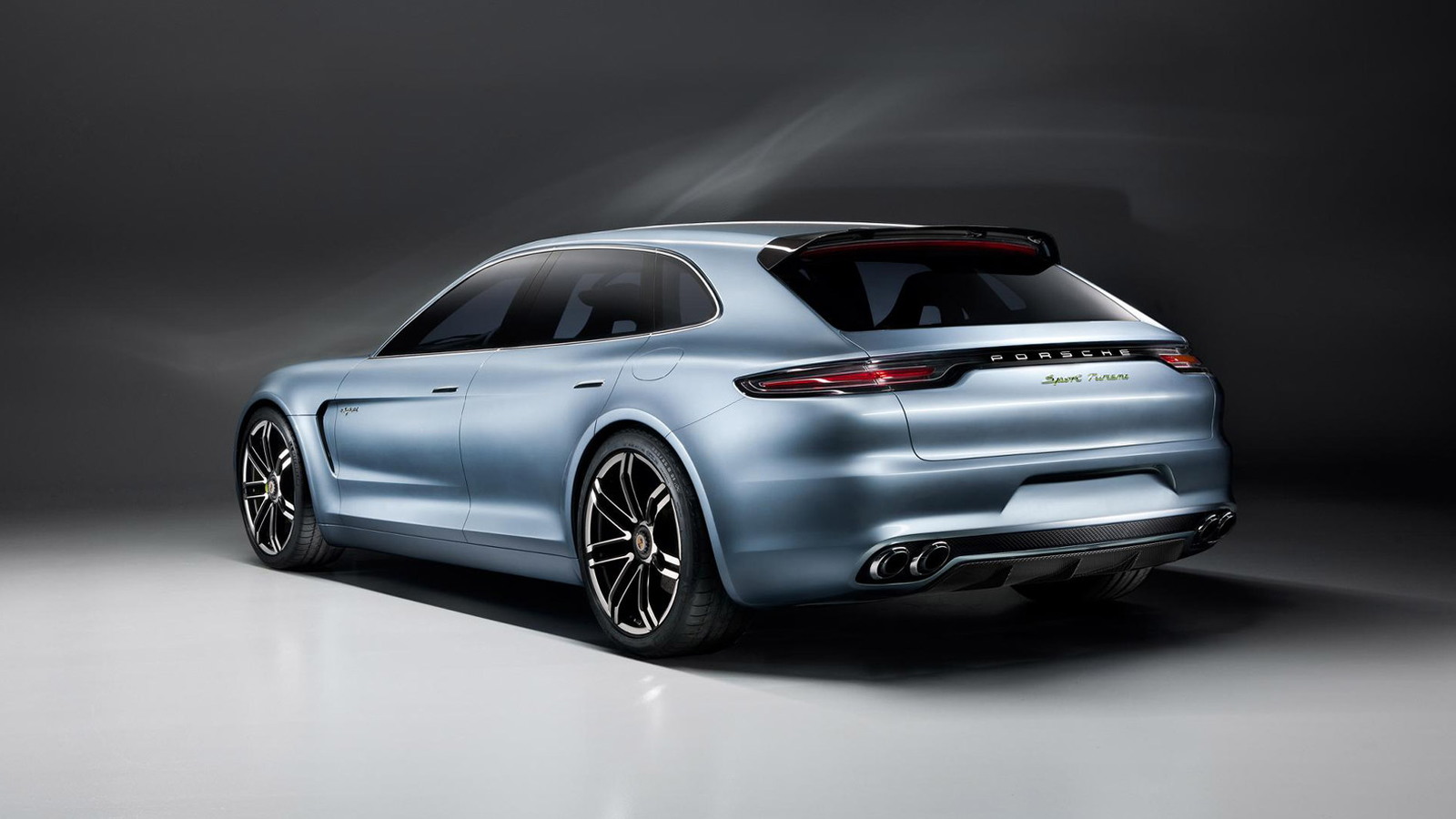 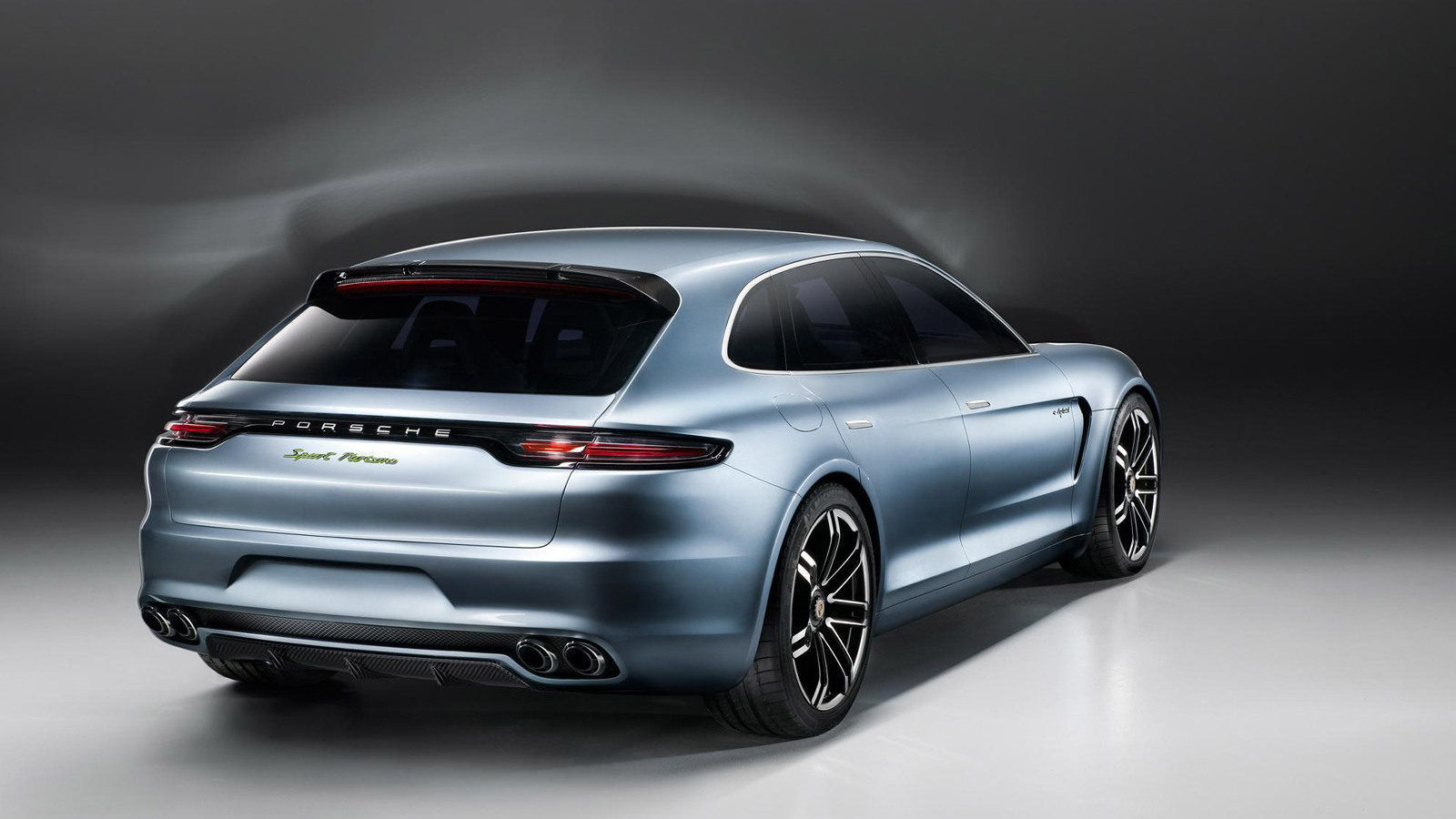 Back in July, we brought you news that Porsche had plans to unveil a shooting brake or estate version of its Panamera sedan at this year’s Paris Auto Show. Now that we’re just hours away from the opening of the Paris festivities, it turns out that we were correct.

Making its world premier in Paris, the Porsche Panamera Sport Turismo is a shooting brake variant of the popular Porsche sedan, aimed squarely at rivals like the Mercedes-Benz CLS Shooting Brake and the Jaguar XF Sportbrake.

Front end styling will be familiar to anyone who’s seen the 2013 Panamera sedan prototypes, which gives the updated Panamera a more elegant (and less bulbous) appearance. The new look is certainly an improvement on the original design, but especially so at the rear, which has undergone a major change.

Porsche makes no secret that the body of the Panamera Sport Turismo is an outlook on a possible Porsche sports car of tomorrow. Standout features include the headlights, which are full LED units, while the turn signals have been integrated into new C-shaped units mounted in the intakes, which Porsche likes to call “C-Blades."

Inside, the Panamera Sport Turismo adopts a "less is more" philosophy, giving the driver "as little as possible and as much as necessary" in Porsche's own words. There are no traditional analog instruments, but instead a large thin-film-transistor (TFT) LCD display can be user-configured to show a variety of data. Side mirrors are omitted, replaced by dual rear cameras and dual dashboard displays. Even a conventional "Start" button is absent; instead, the car is brought to life with a touch of the TFT display (on the left side, of course).

The Panamera Sport Turbo also communicates with a dedicated smartphone app, allowing owners to access and control a wide range of vehicle systems and functions. Not only can owners check time required to recharge the plug-in hybrid's batteries, they can also set cabin temperature to the desired level, ensuring total occupant comfort from the time the door is opened.

You did read the last paragraph correctly: this Porsche is a plug-in hybrid, which you may have also guessed from the “e-hybrid” badges on the sides. The drive system of the Panamera Sport Turismo is an advanced development of the parallel full hybrid that Porsche already implements today in the Panamera S Hybrid and Cayenne S Hybrid. The new electric motor produces about 95 horsepower, which is around twice as much as in today’s Porsche hybrid drive, while the supercharged 3.0-liter V-6 engine still produces 333 horsepower on its own.

Working together, they accelerate the big wagon from 0-60 mph in less than 6.0 seconds. However, by utilizing the car’s all-electric mode, which has a maximum range of 18 miles, drivers of the Panamera Sport Turismo can realize fuel economy as high as 67 mpg. The battery is a lithium-ion unit with a 9.4 kWh rating.

What isn’t clear is whether Porsche would buck the trend set by Jaguar and Mercedes-Benz, who opted not to bring shooting brake variants into local showrooms. The U.S. is a key market for Porsche, and offering a shooting brake variant of the Panamera could further strengthen U.S. sales just as sales in the Chinese market are cooling.