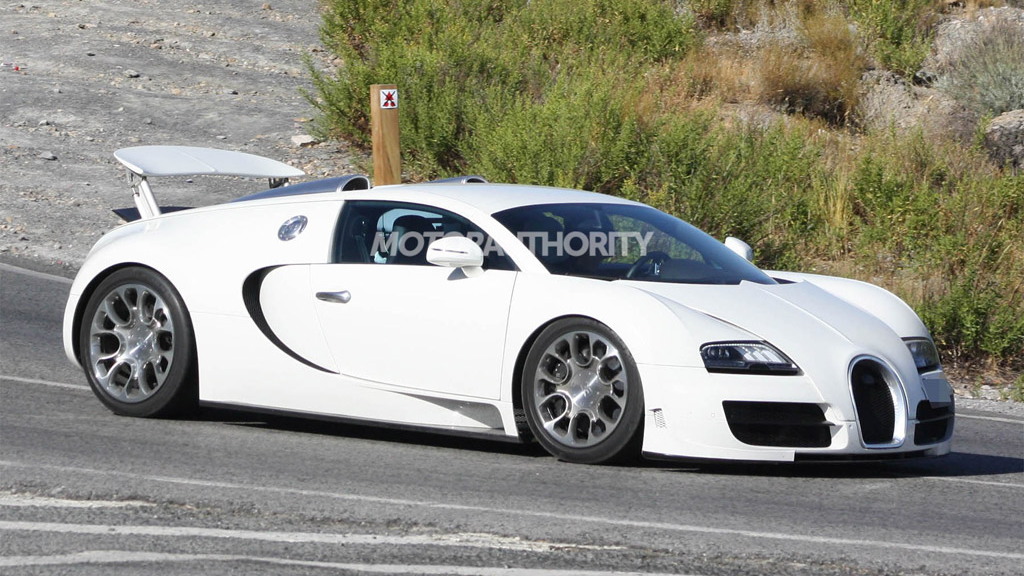 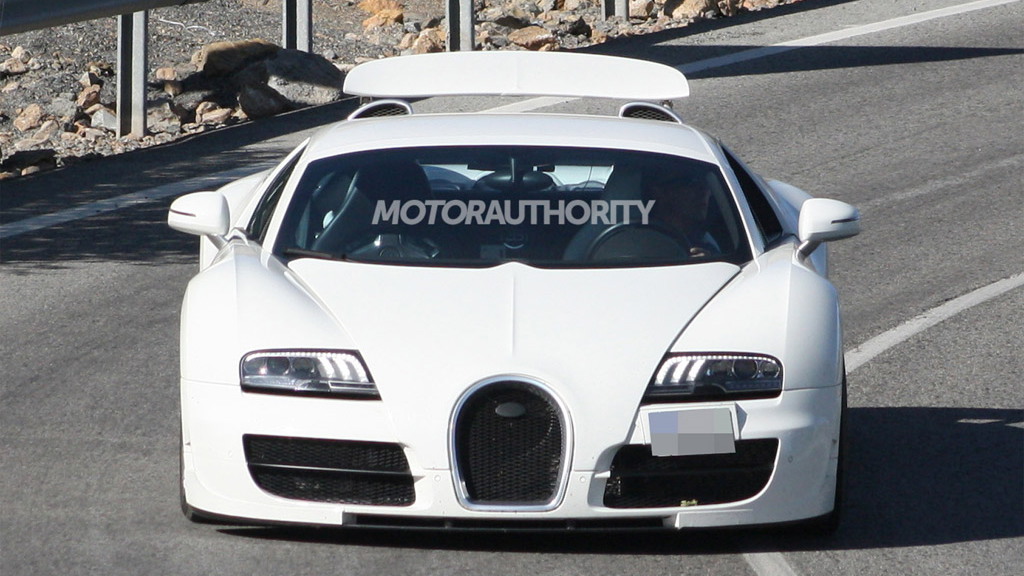 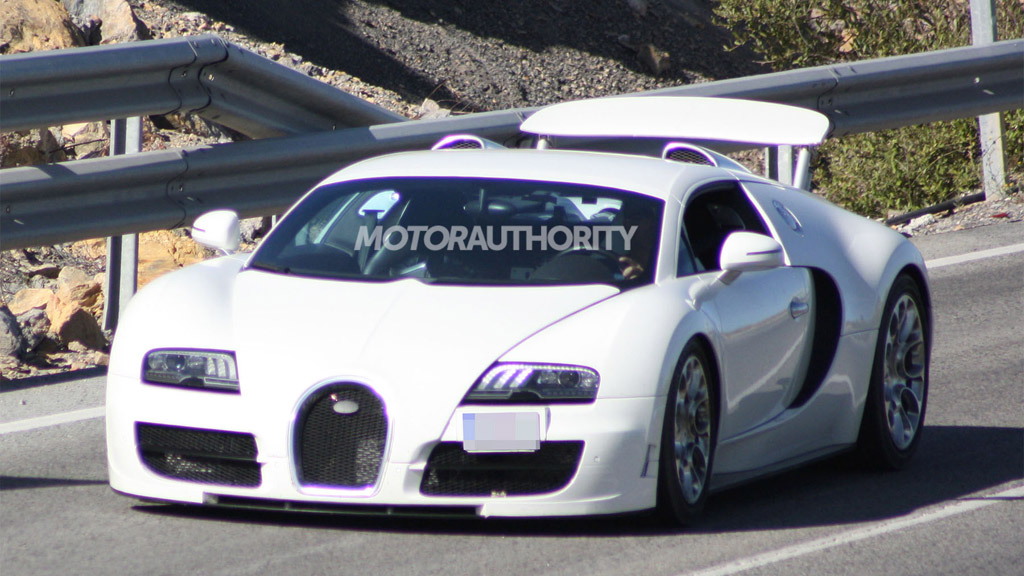 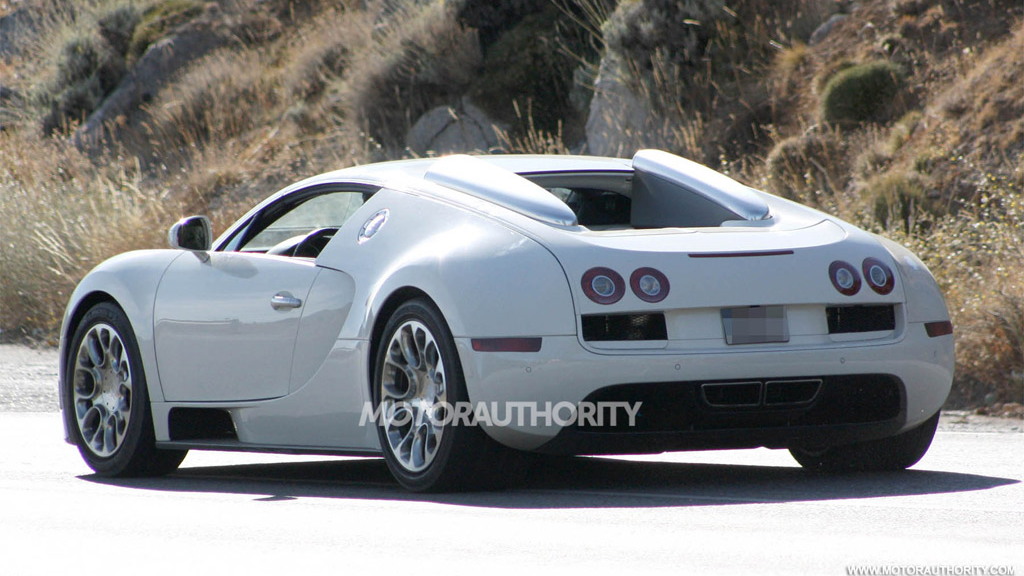 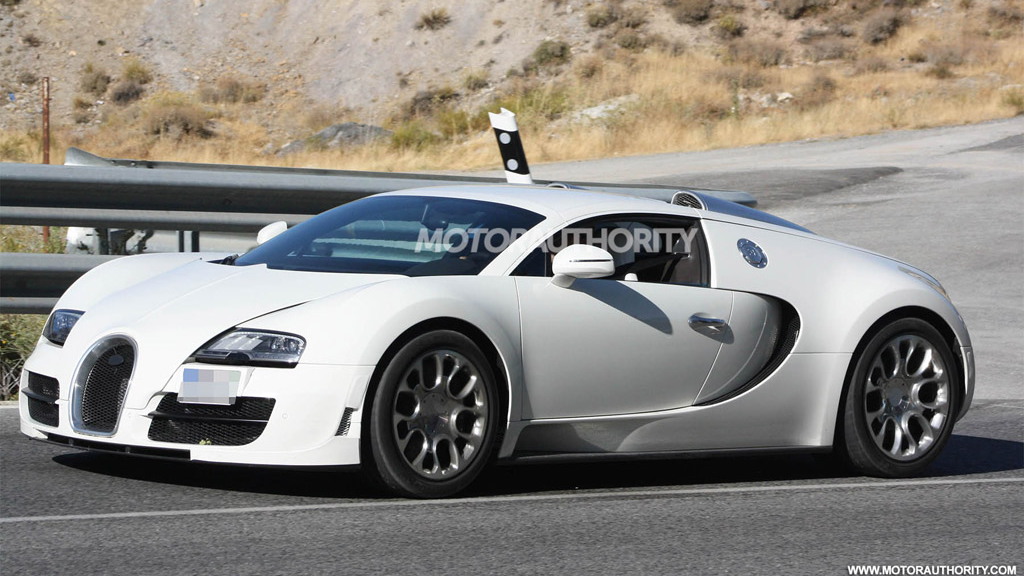 8
photos
The boss of Bugatti, Wolfgang Durheimer, recently revealed the 1,200 horsepower W-16 engine of the Bugatti Veyron Super Sport was not compatible with the body of the Veyron Grand Sport, though a more powerful version of the open-top supercar had not been ruled out.

Today we have new spy shots of a Bugatti Veyron Grand Sport fitted with the bumpers of the more extreme Super Sport model, as well as its exhaust tips.

This suggests that the Grand Sport prototype you see here has been fitted with the Super Sport’s engine, though perhaps a slightly detuned version.

Durheimer never explicitly said the engine didn’t fit, explaining that the problem with adding a more powerful unit to the Veyron Grand Sport is the difficulty in getting sufficient air flow to the engine when the roof is open.

Expect output of this new model to lie somewhere between the 1,001 horsepower of the regular Veyron Grand Sport and 1,200 horses of the production car world land speed record holding Veyron Super Sport.

This is likely to be the final variant of the Bugatti Veyron line, which is expected to be replaced in the coming years by the production version of the Bugatti Galibier 16C sedan concept.

However, a direct successor to the Veyron may eventually be launched if Durheimer’s boast that Bugatti will continue to build the world’s fastest production cars is to be believed.

Look out for the debut of this Veyron Grand Sport Super Sport in the first half of next year, most likely at the 2012 Geneva Motor Show in March.