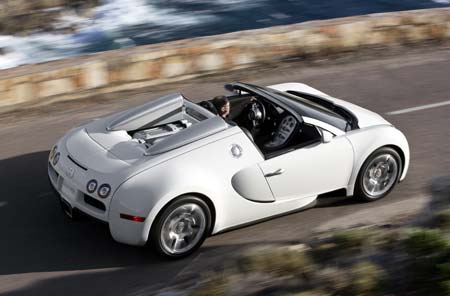 Wolfgang Durheimer took over as head of Bugatti and Bentley in the spring of 2011. The former chief of Porsche’s Research and Development efforts, Durheimer is an engineer by trade, so he understands the importance of numbers. In Bugatti’s case, the most critical number is top speed.

As Durheimer recently told Britain’s CAR magazine, having the fastest automobile in the world was a “cornerstone” of Bugatti’s current philosophy. When the SSC Ultimate Aero overtook the Bugatti Veyron as the top-speed champ, Bugatti countered with the even-faster, 268-mile-per-hour Veyron Super Sport. Durheimer promises that the company will respond to future top-speed challengers as well, saying simply that, “Bugatti will continue to produce the world’s fastest car.”

It’s all about bragging rights, which raises one important question: since the hardtop Bugatti Veyron is now out of production, could the Veyron Grand Sport roadster be made faster? Durheimer seemed to indicate that it could, saying, “we would need to improve the aero, not the weight, for more speed.”

A successor to the Bugatti Veyron has been discussed, but there are no current development efforts for such a model. Even the Bugatti Galibier project remains “under evaluation” by Volkswagen, which means that the world’s fastest limousine won’t see production any time soon. If Durheimer’s vision is correct, though, future Bugatti customers will be able to shop the Bugatti Galibier alongside the Veyron’s replacement, ensuring that Bugatti retains the “world’s fastest” crown for some time to come.