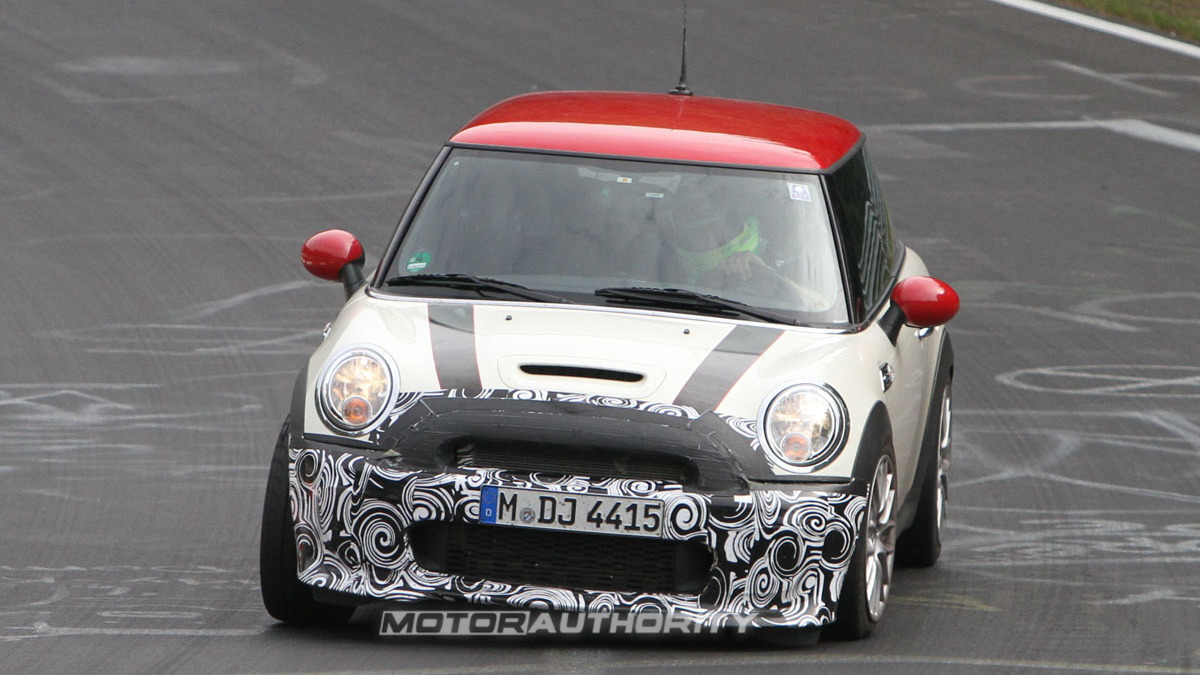 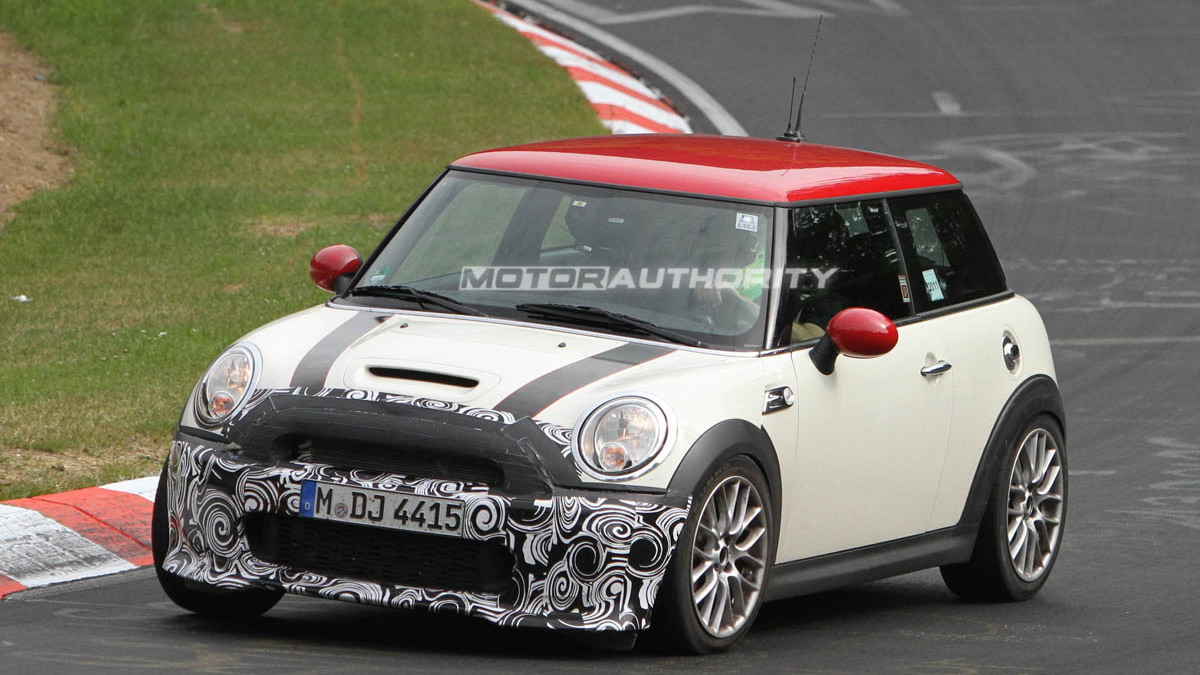 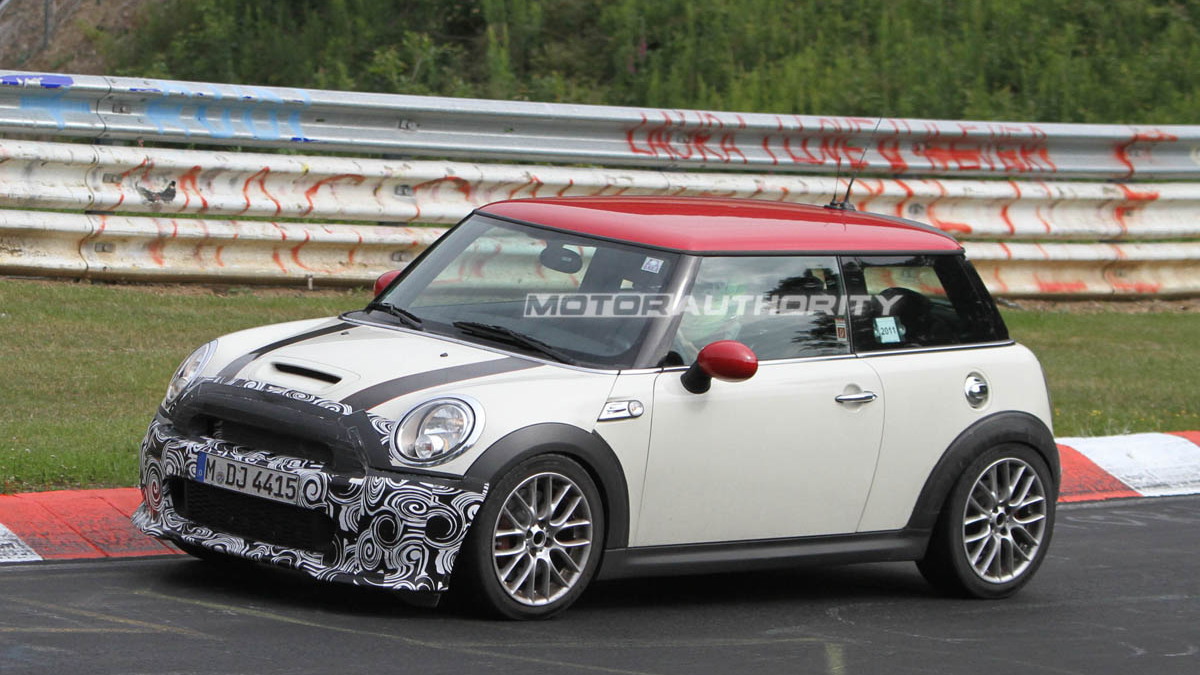 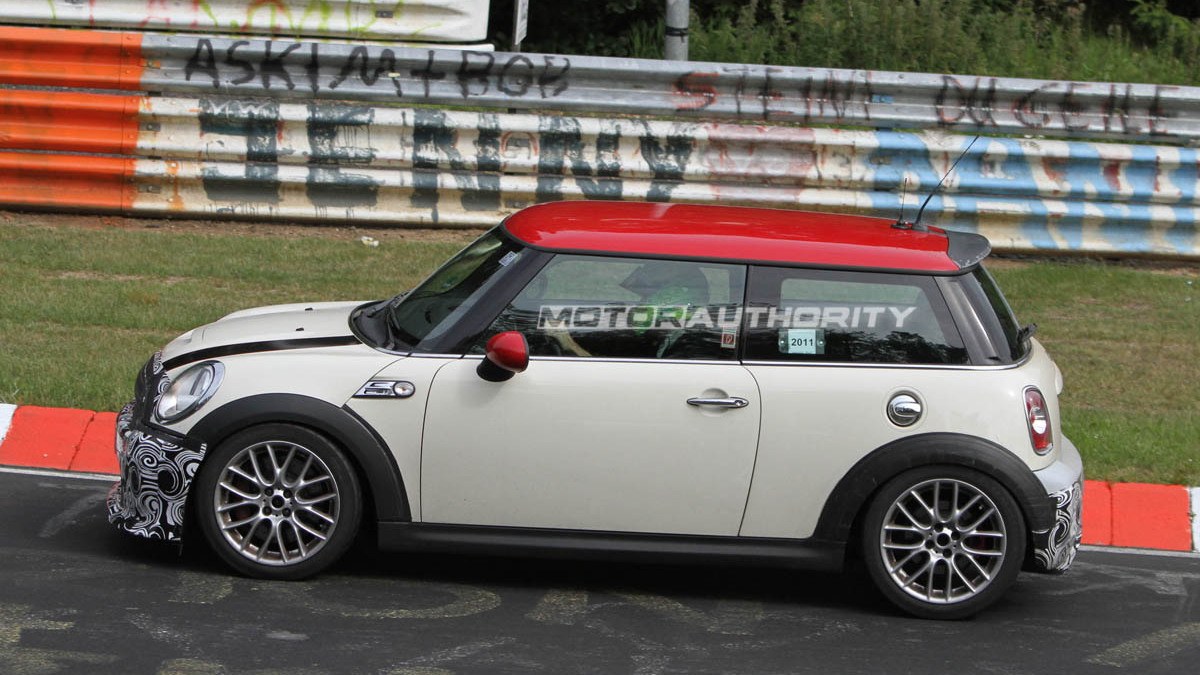 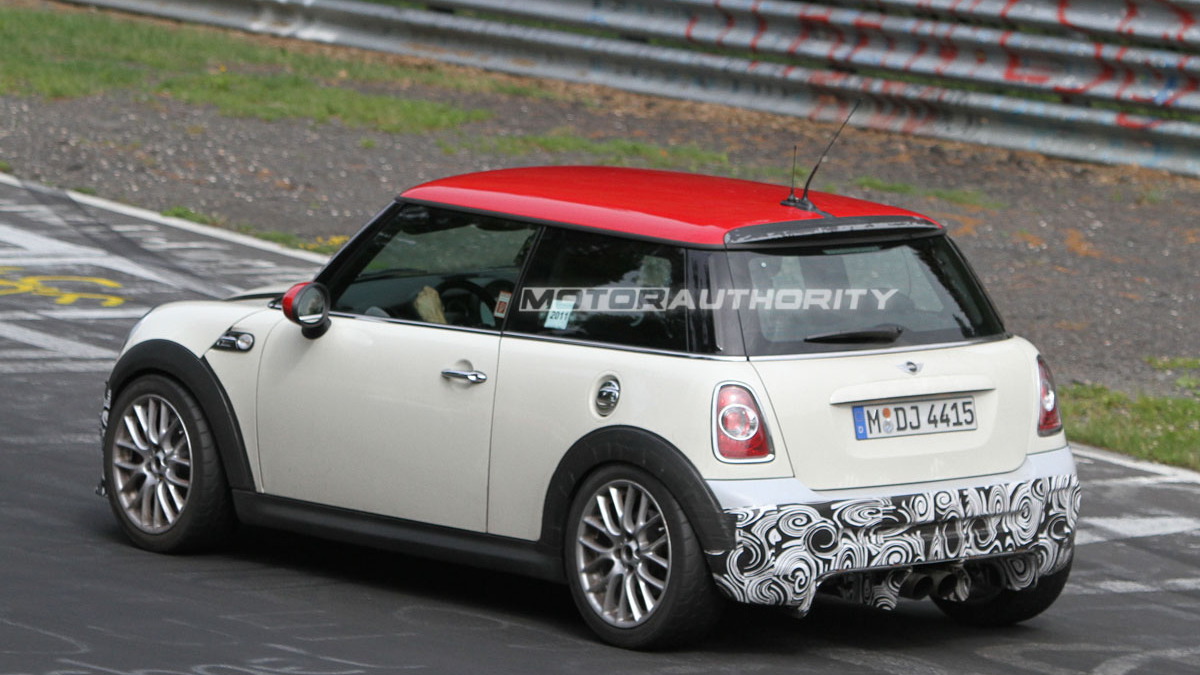 As the current run of MINI Coopers nears an end and the next version enters testing, the company may be prepping a special, final, high-performance edition of the MINI John Cooper Works with inspiration from the MINI Challenge cars. These spy photos show some of the first details on the car, though the project itself remains a mystery.

The visual differences are easy enough to spot: a larger central air intake in the bumper, revised foglight mounts, a re-shaped upper air intake/grille, a small roof winglet, and an aggressive rear diffuser.

The diffuser in particular draws the mind toward the MINI Challenge cars, as it looks decidedly more racing-oriented than the standard JCW's rear bumper, which integrates the central-exit exhaust but features no real diffuser element.

As yet, however, the information is limited to what we can glean from the images. No word on power output upgrades, if any, or possible suspension improvements, has emerged. We would expect this Challenge Edition-type car to sport the same core equipment as the standard JCW, though a slight upgrade to power output through a retuned ECU and higher turbo boost pressures could be possible.

For more information on the next new thing from MINI, check out our spy shots of the JCW Coupe here.