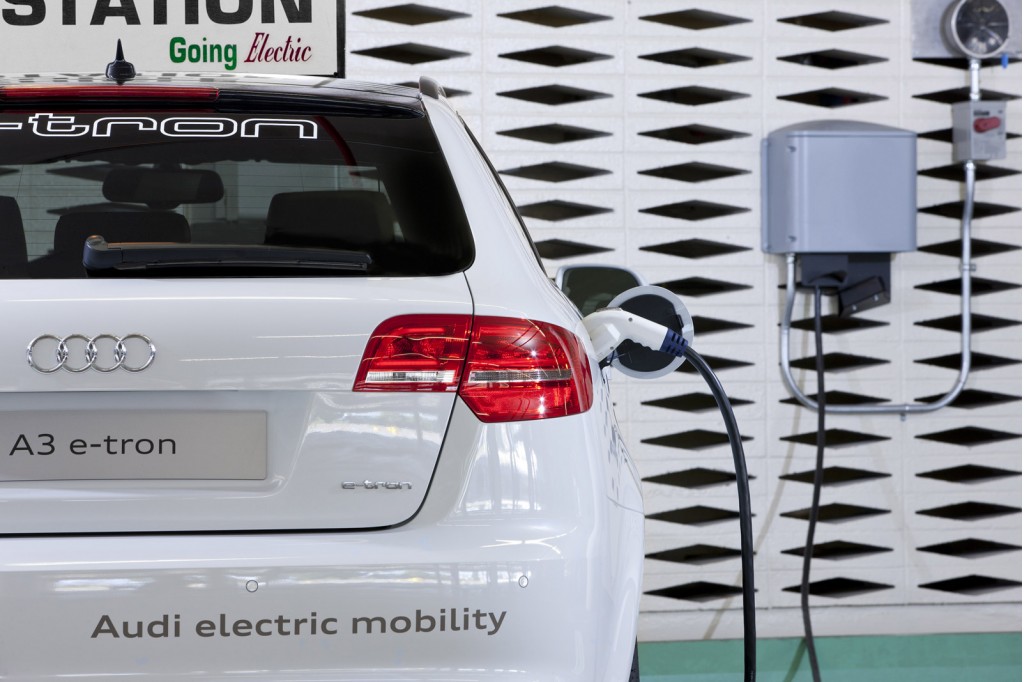 Audi is quickly becoming a leader in the field of electric cars, having already shown off a barrage of zero-emission concepts and established the standalone e-tron electric car department, as well as a R&D center for electric drive systems at its Ingolstadt headquarters in Germany.

And Audi’s vehicle electrification plans show no signs of slowing, with news today the automaker plans to launch its first plug-in hybrid vehicles from 2014 onwards.

In his annual address to the company, Audi CEO Rupert Stadler confirmed that an A3 plug-in hybrid model, one that combines an internal combustion engine with an electric motor, will go on sale in 2014.

He then went on to reveal that next-generation A4 and Q7 models would also offer plug-in hybrid options from 2014 onwards.

Stadler explained that plug-in hybrids would allow Audi to bring electrified cars to the masses. Audi doesn’t want electric mobility to mean that its customers have to sacrifice the characteristics that define the Audi experience: such as quality, sportiness and efficiency. Rather, it sees plug-in hybrid technology as an elementary requirement to increase the range of electric vehicles.

The good news is that we won’t have to wait until then to experience Audi’s electric car technology. A small fleet of all-electric A1 e-tron prototypes is already conducting trials on the streets of Munich, and a similar trial using A3 e-trons is about to start in the U.S.

And next year will see the automaker launch its first electric car for public sale, the R8 e-tron supercar.

Audi has set 2020 as its deadline for becoming the leading seller of electrified cars in the luxury segment, and plans to achieve this by launching an e-tron model in all of the segments it currently competes in.

The determinedness to be a leader in this field is one matched by parent company Volkswagen, which is intent on becoming the world’s leading automaker by 2018 and previously announced plans to start building its own electric powertrains.