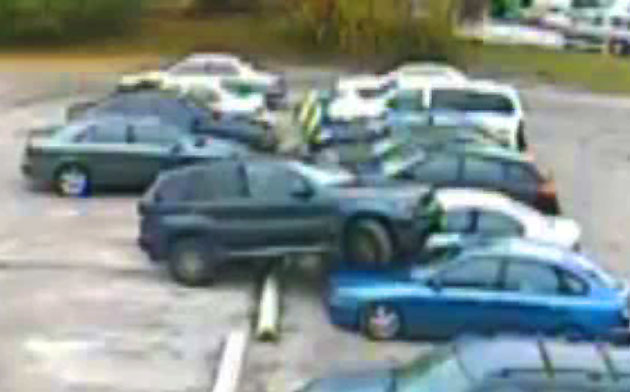 Some things are too ridiculous, too horrendous or just too stupid to bear full explanation with words alone. The case of one North Toronto BMW X5 driver is a bit of all three, as the video below shows. Epic parking failure alert!

Before you think me too harsh a critic, consider that the driver not only caused what appears to be fairly expensive if not significant structural damage to at least two parked cars.

That driver--well-heeled enough to be at the wheel of an X5 entering a gym parking lot--then backs up, ponders the situation and decides to take off without leaving so much as a note on the windshields of the damaged cars. All that's missing is the sped-up footage being set to the Benny Hill theme song.

Parking fail? For sure. Humanity fail? Yes again. But humor fail? Not even close.