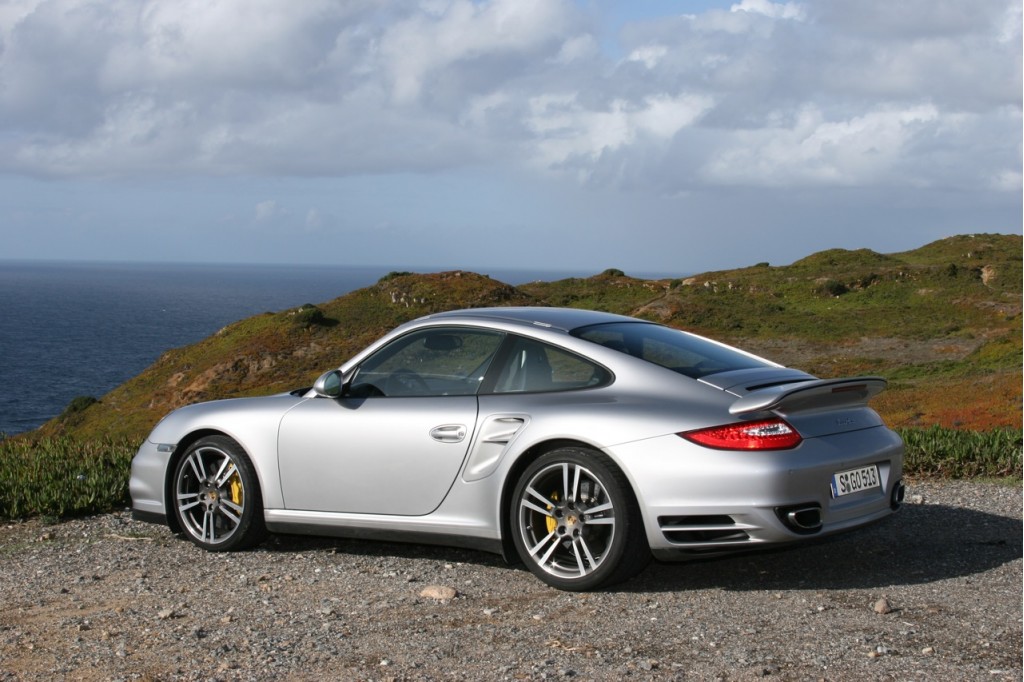 You write, you win: that's literally how we roll at High Gear Media, and if that phrase had worn out in anything less than 4 seconds, it would have beaten the 2010 Porsche 911 Turbo's 0-60 mph time.

That's a major achievement, since we know firsthand how the Turbo can catapult you from corner to straightaway with its stupendous 500-hp flat six and its world-class PDK gearchanger. Last week High Gear Media took off to Portugal, to bring you our first drive of the 2010 Porsche 911 Turbo. First we tweeted Turbo all day long, then waited through a gale-force rainout to bring your our 911 Turbo first drive. The verdict? Nothing but unadulterated driving ecstasy, with some major electronic intervention.

While we toiled on our own words, we asked you to write your own Porsche story for High Gear Media, to take home some great prizes. Time's up, pencils are down, and we have a winner--two, actually. Here's a sample of what they produced:

Jonny D, "The Porsche 911: A Solution for World Peace"

"I was lucky enough to have the privilege to drive a Porsche 911 once for a whole week. I won't go into the details as to why I was so blessed, but I was. And no, I didn't win a bet involving rich frat guys and I also do not possess any incriminating photos of my friends in very awkward situations with farm animals. I just caught a break for once....as with anything you love, you have to work at it. And when you feel the steering talking to you, when you hear the engine wail, when you feel the boxer rev and the car lunge forward, you say to yourself, "you know, faking my own death to get the life insurance money to buy one of these seems entirely reasonable." That's why everyone should drive a 911. Everyone would be happy and we'd have world peace."

"The local Porsche dealer had a gleaming brand new Porsche 914 in the showroom back in 1971. My best friend and I rode our bikes to check out the car. It was quite a distance from our neighborhood, but since our bikes were our only mode of travel, short of packing a suitcase, we'd knew we could make it there.... I'm reminded of this when I saw a recent Porsche commercial with a kid walking into a dealership and doing the exact same thing. Later as the boy asks the salesman for his business card, he tells him he'll see him ten years. The commercial only reaffirmed my view that Porsche doesn't really need advertising, but it's nice to know when they do, they fully are aware of that inner eight year old boy still needing to own a 911."

Congratulations to Jonny and Joseph in the form of a nifty Turbo engine model, a great Panamera book, and some other fun stuff from the worldwide press intros of both cars. (By the way, Jonny - we need your contact info so we can ship it out.)

We'll have more fun for you. Keep it coming--sign up at High Gear Media's new writer page, and let us know how your spin differs from ours--then steer over to the official Porsche Panamera Web site, where you can post your Porsche memories for their followers, too.