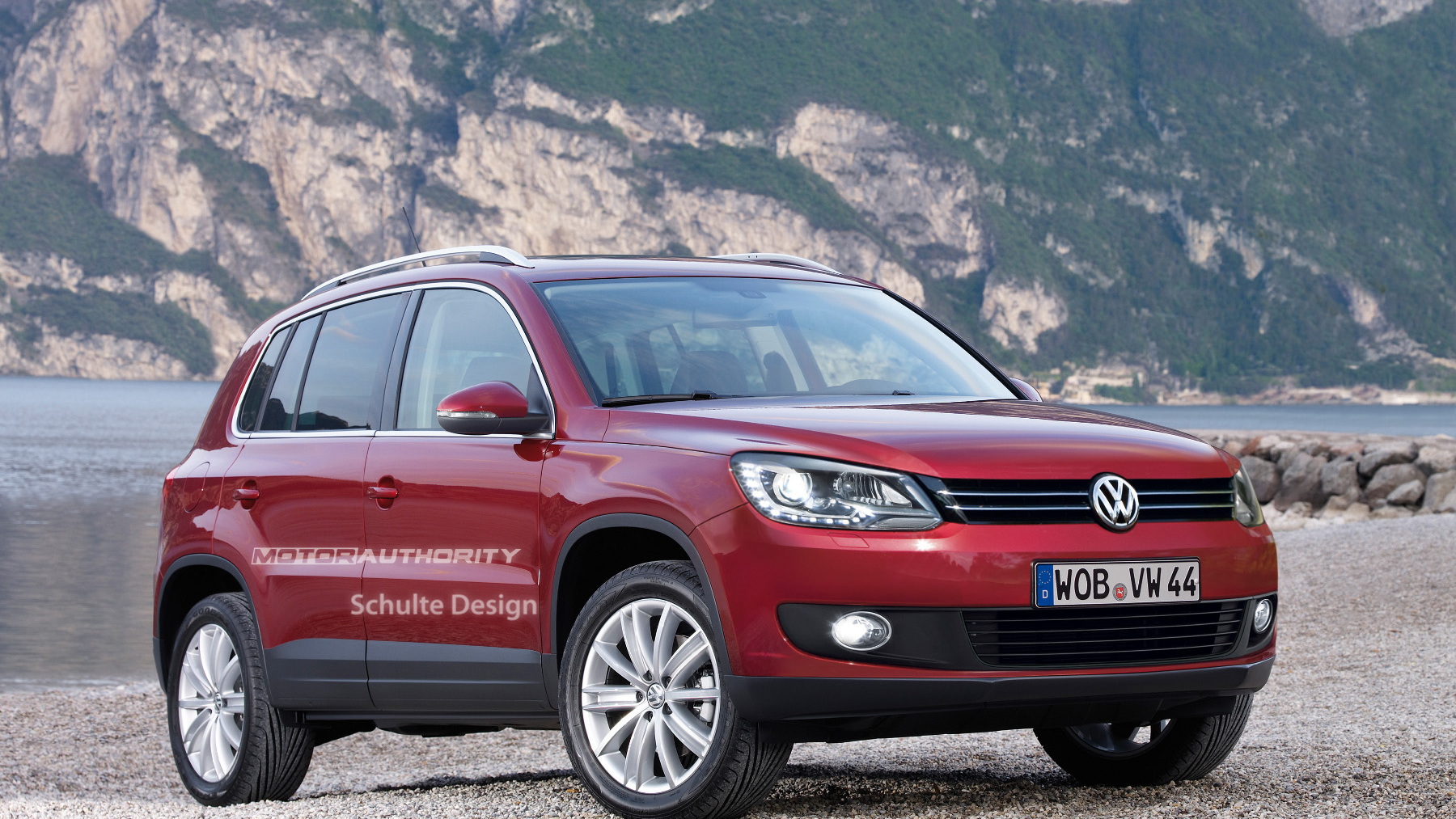 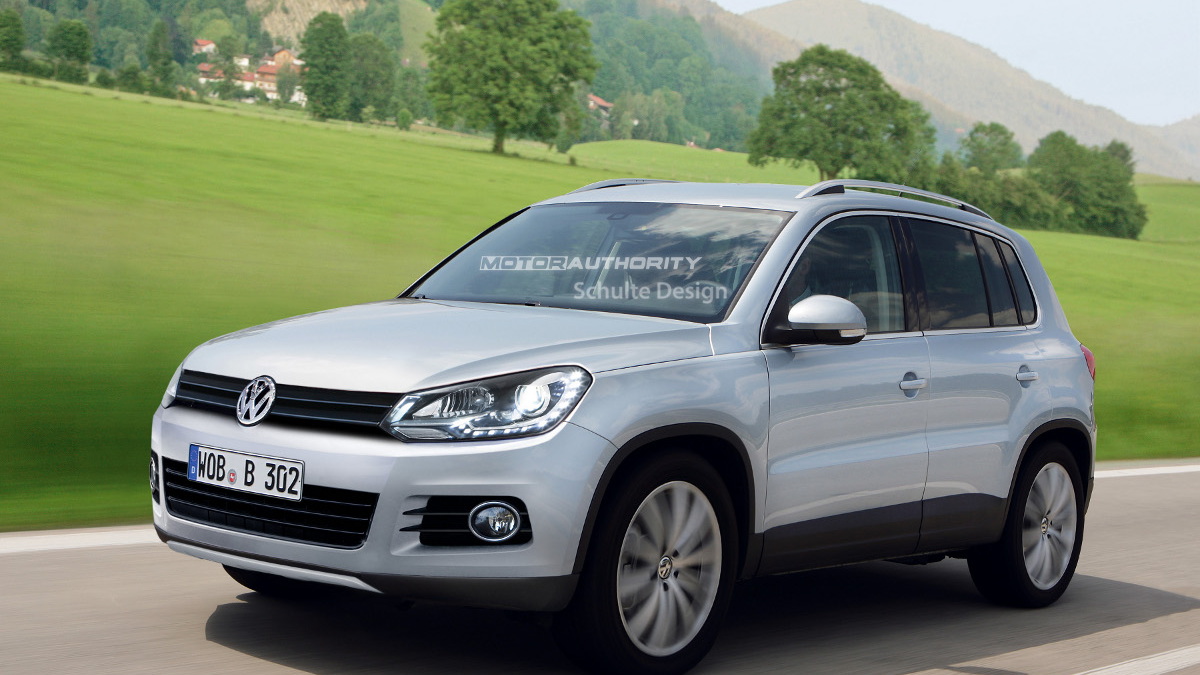 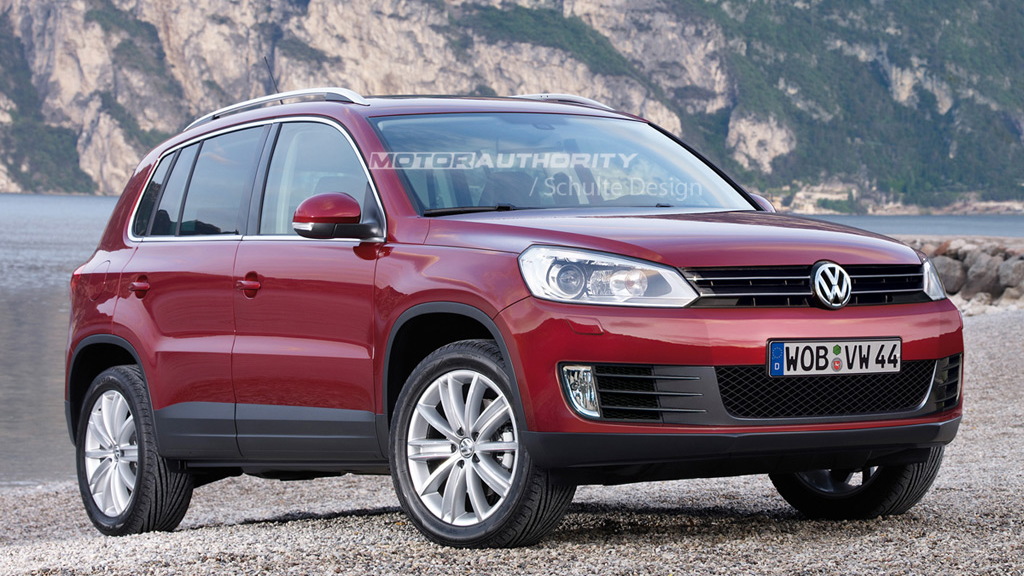 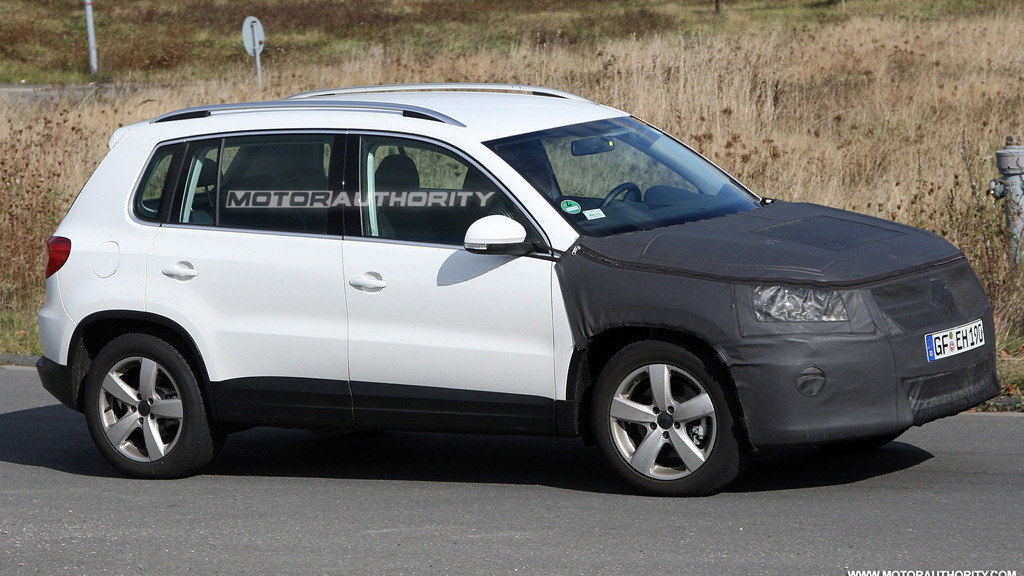 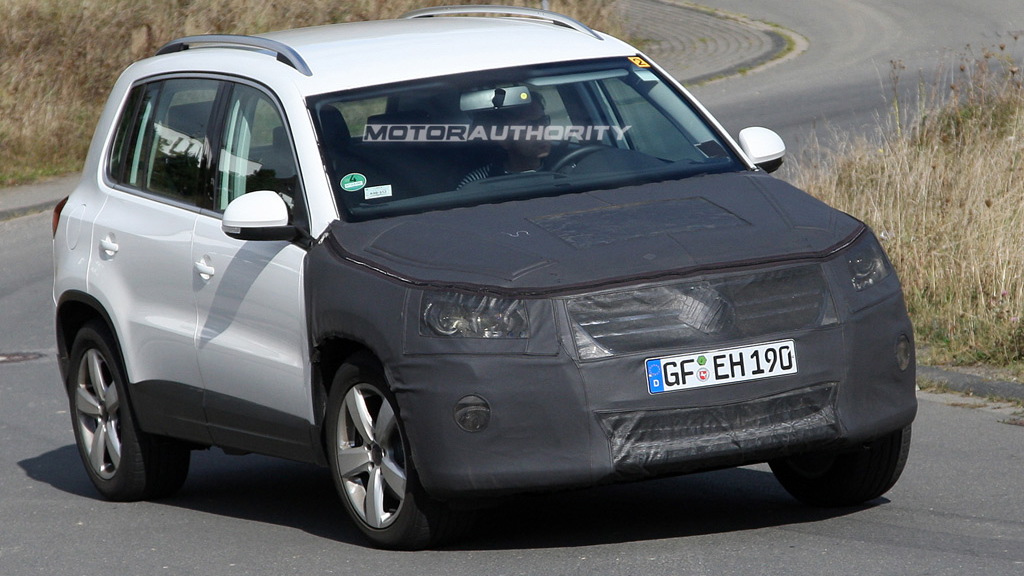 The Volkswagen Tiguan has only been in production for a little over two years but a facelift for the compact SUV is planned. The changes are designed to bring the styling of the Tiguan in line with the rest of Volkswagen family. Other models getting the same corporate styling treatment include the recently unveiled Phaeton flagship sedan and the 2011 Touareg SUV.

The changes to the Tiguan will be mainly cosmetic, with a redesigned front grille and new bumpers, plus a more pedestrian-friendly reshaped bonnet. As the previous spy shots reveal, the rear of the Tiguan will remain unchanged. This latest computer-generated rendering gives a good indication as to what the final version may look like when it hits the streets later this year.

The powertrain lineup will also likely be revitalized, with a range of more fuel-efficient engines introduced in line with more stringent fuel economy and emissions regulations. A hybrid variant may also be introduced, though its release wouldn’t be for several years still and possibly not until the launch of the second-generation of the model.

Meanwhile, expect to see the facelifted Tiguan debut late this year as a 2011 model.