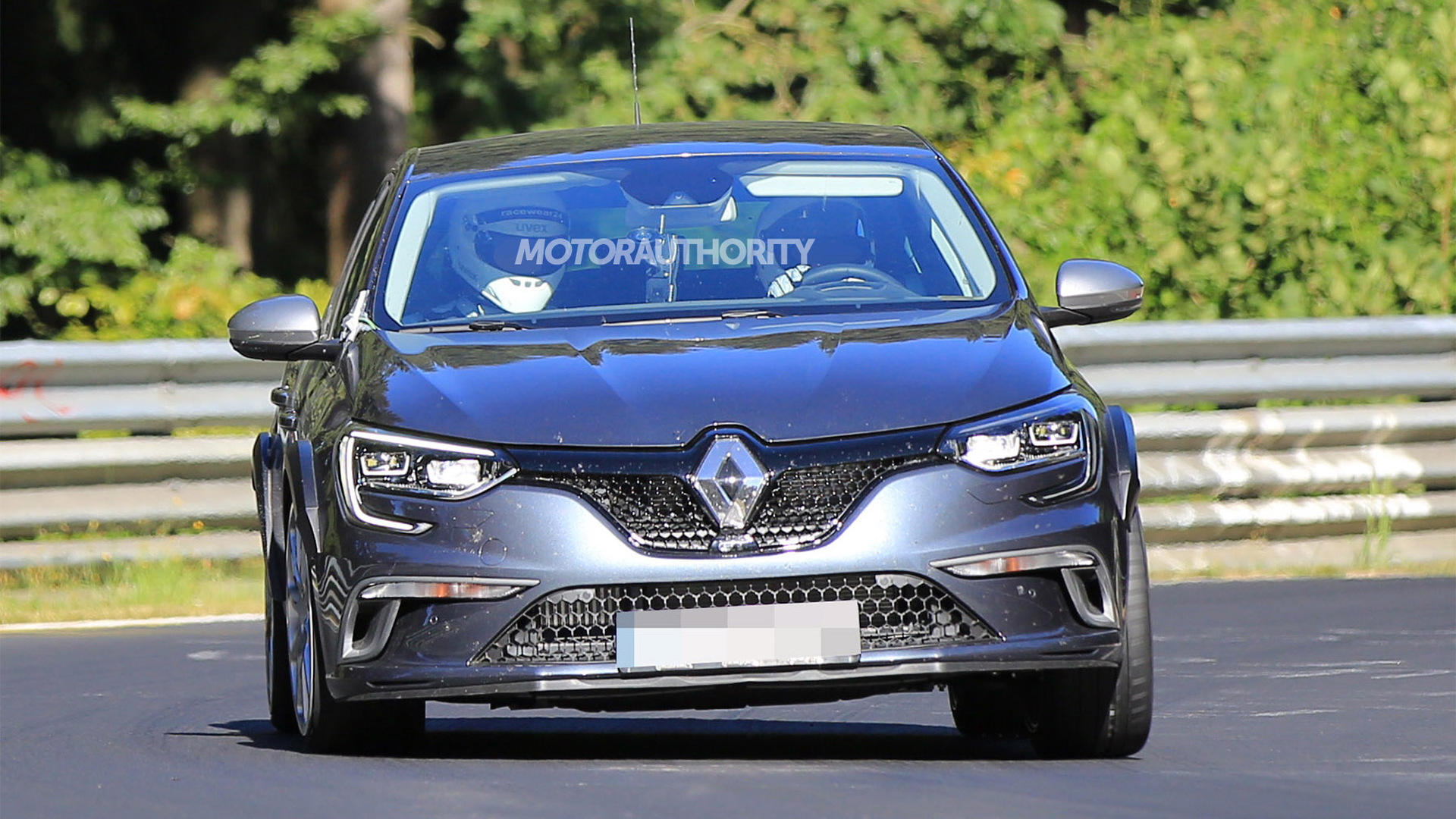 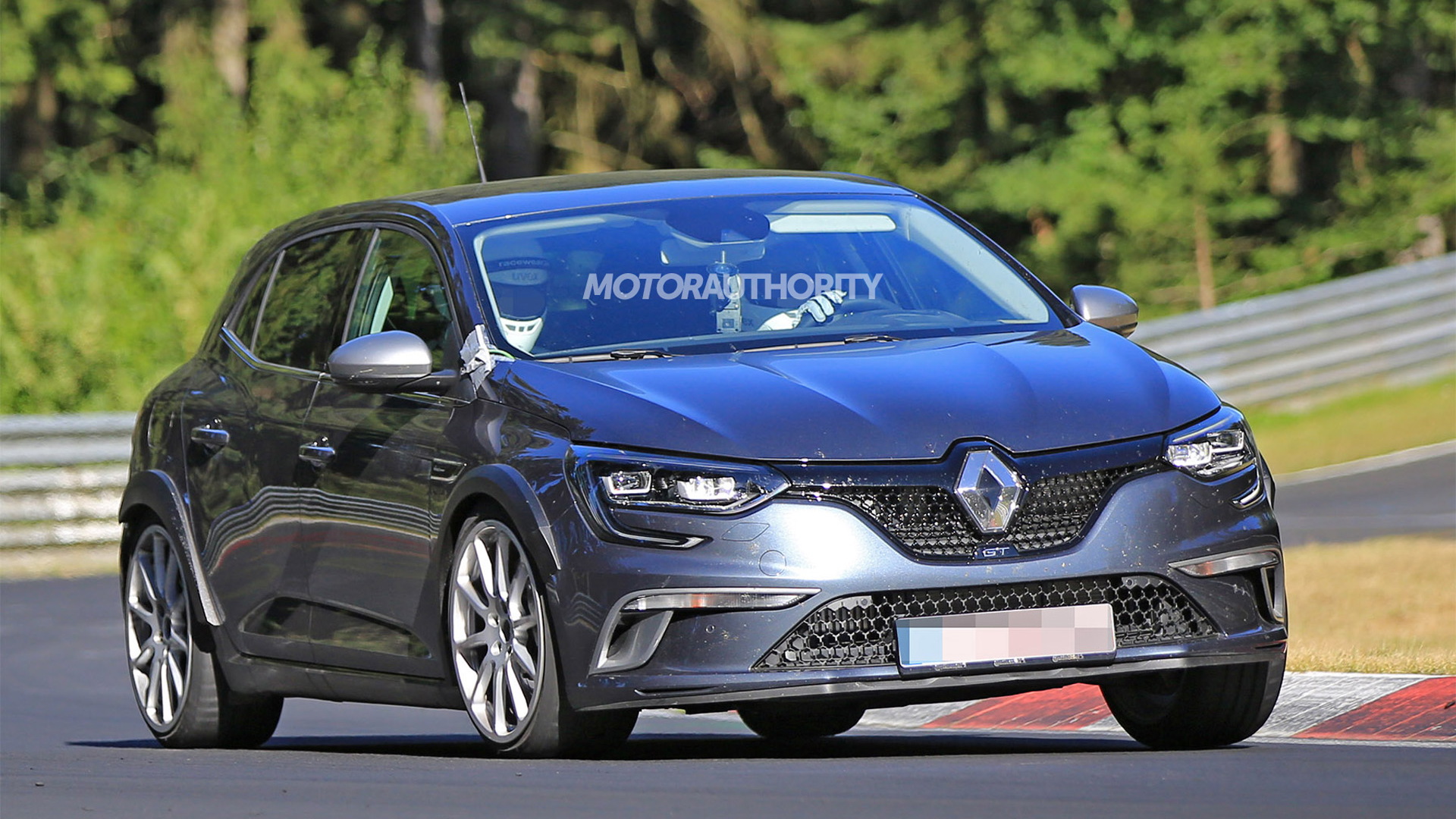 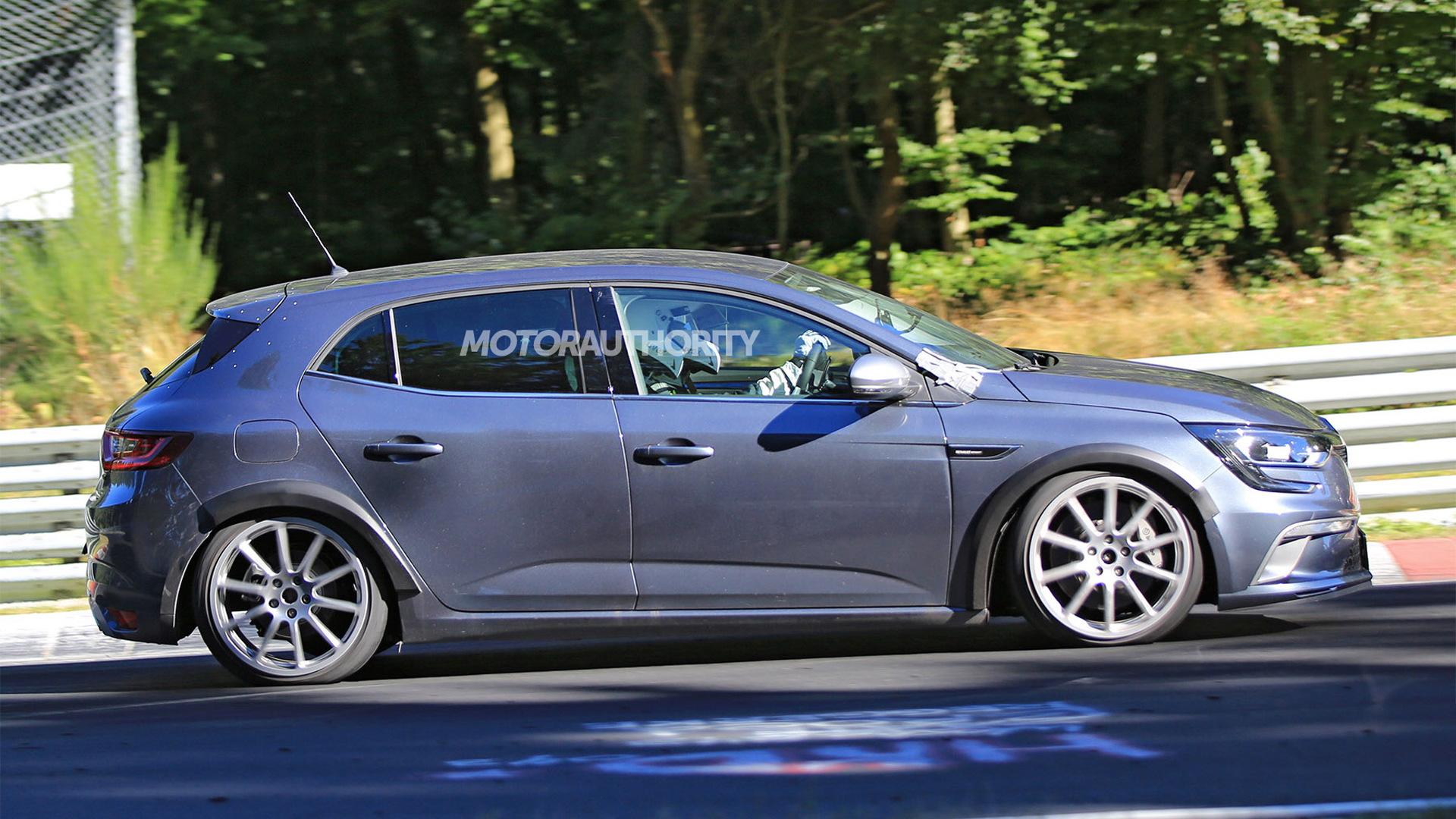 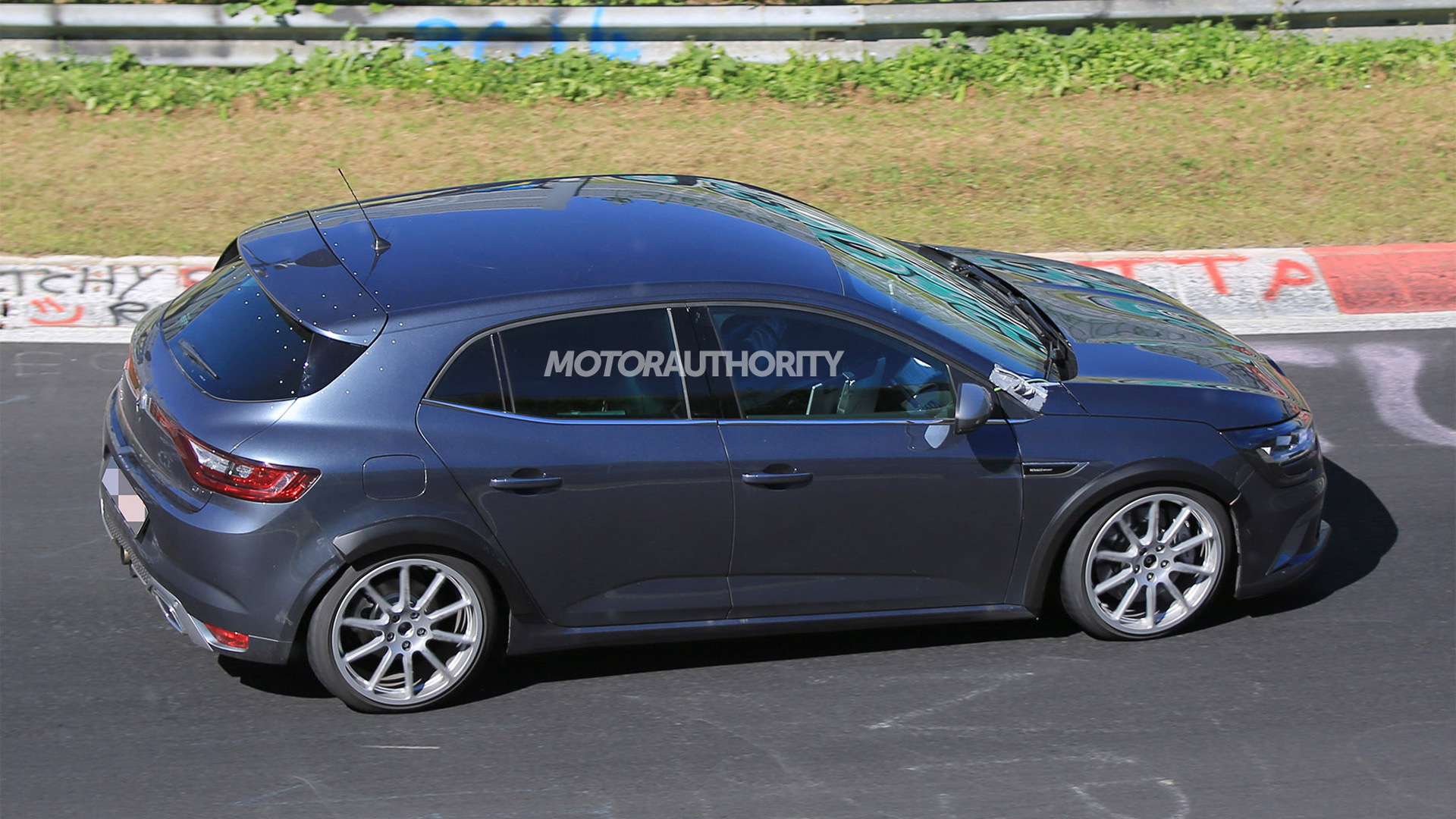 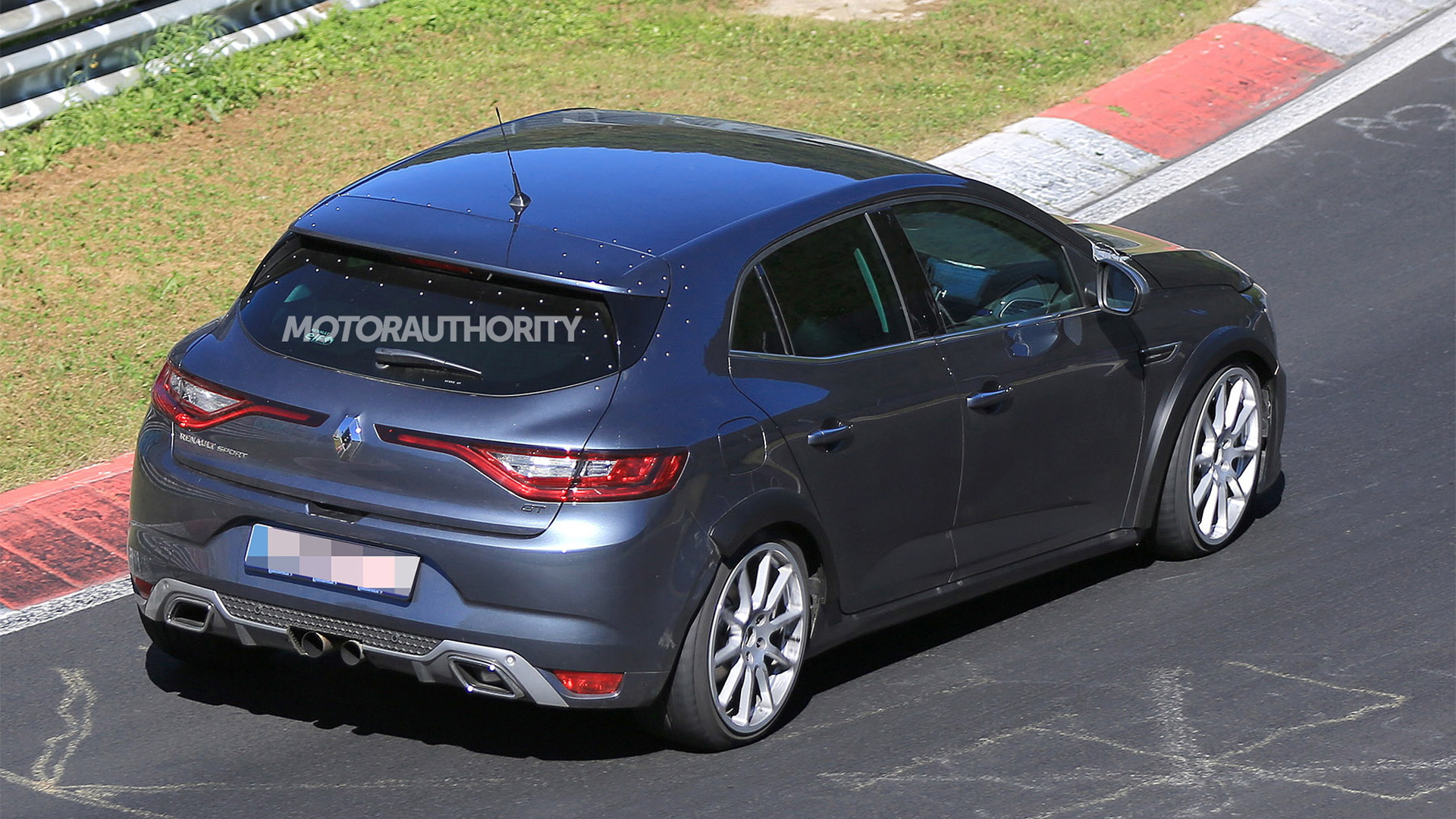 Renault on Friday was flogging an early test mule for its new Mégane RS at the Nürburgring.

The Mégane is the French automaker’s entry in the compact segment and the current, fourth-generation model made its debut at the 2015 Frankfurt auto show.

The Mégane RS is a high-performance version that goes up against the Ford Motor Company [NYSE:F] Focus RS, Honda Civic Type R and Volkswagen Golf R.

The outgoing model featured a coupe body. This one, as our spy shots indicate, will utilize the Mégane’s more practical five-door body. Look for the final design to come with an aggressive front bumper, pumped fenders accommodating a widened track, and exhaust tips mounted at the center of the rear bumper.

The new Mégane RS should retain the outgoing model’s front-wheel-drive layout, although a four-wheel-steering system is expected to improve the handling and stability. Another key change is expected to be the availability of a dual-clutch transmission as an alternative to the usual manual.

Power will once again come from a turbocharged 2.0-liter inline-4, perhaps with more than 300 horsepower. The outgoing model in its most extreme Mégane RS 275 Trophy R guise came with 275 hp.

The 0-62 mph time should come in under the 5.8 seconds of the outgoing model. Another performance goal should be reclaiming the Nürburgring lap record for a front-wheel-drive production car, which currently stands at 7:49.21, as set by VW’s GTI Clubsport S in May.

Look for a debut of the new Renault Mégane RS in late 2017 or early the following year.