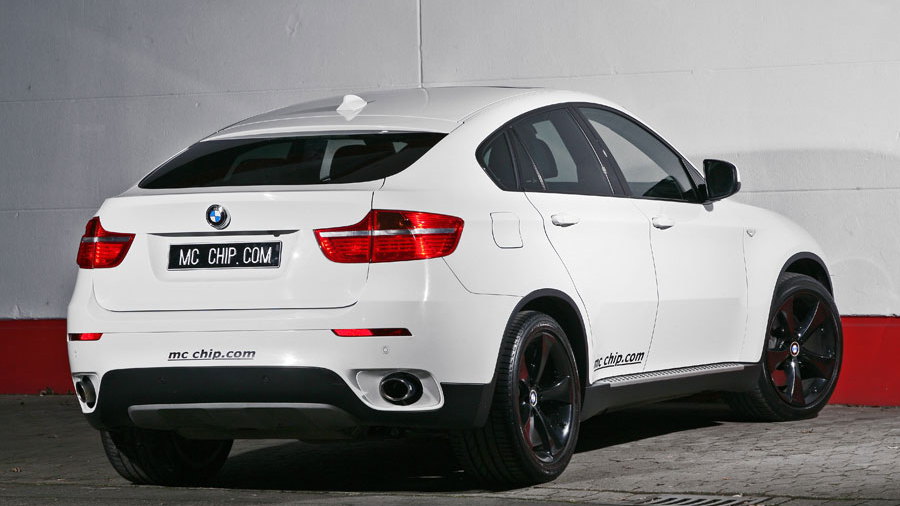 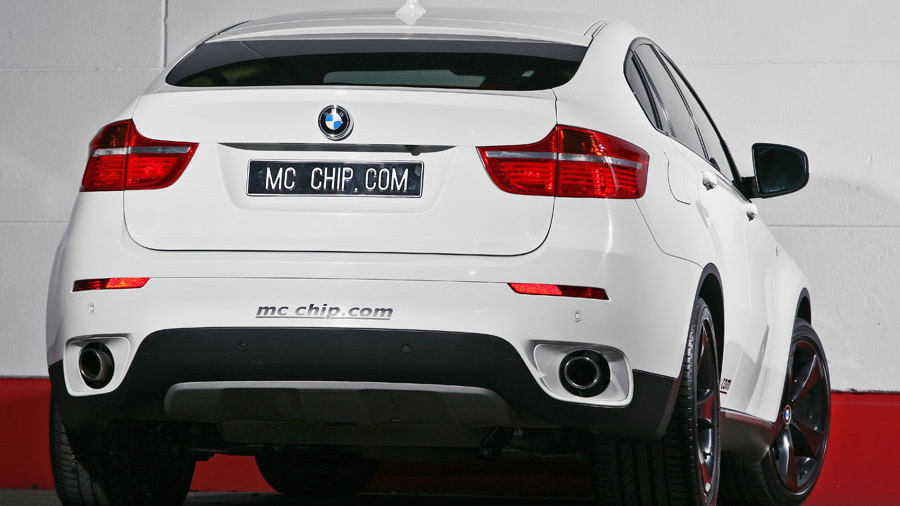 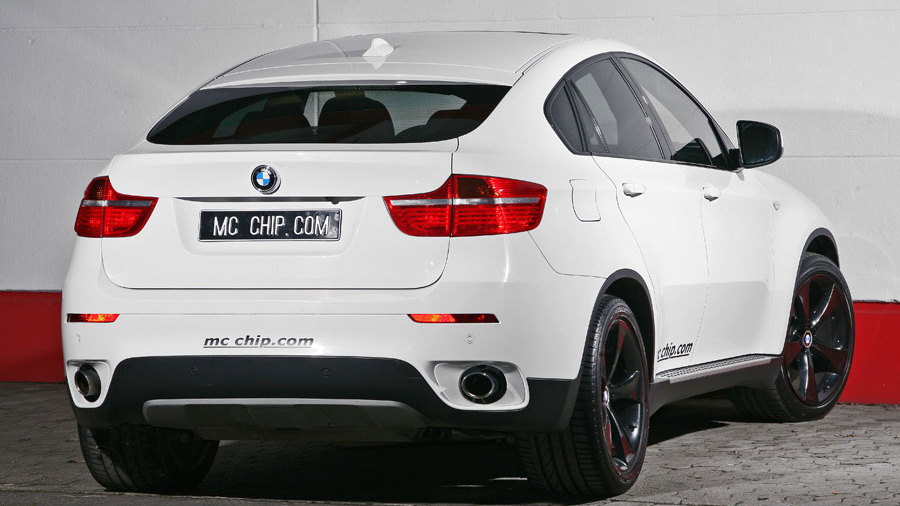 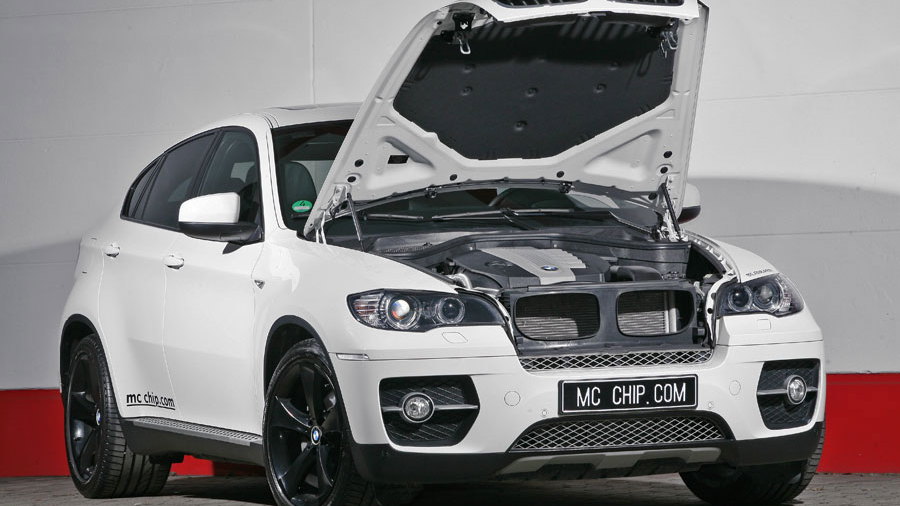 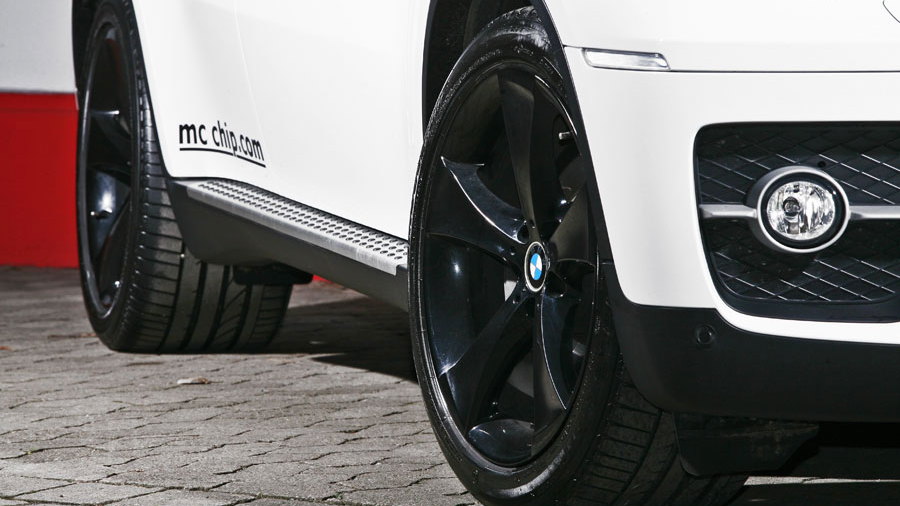 10
photos
BMW's X6 has seemed to many observers - fans and foes alike - to be something of a car without a home. Not quite a sedan, and not quite an SUV, the X6 blends genres in a way that defies description. Now that MCCHIP has had its way with it, however, the X6, at least in 'White Shark' guise, is much closer to being described as a large sport sedan.

A significantly lower ride height (40mm up front and 30mm in the back) gives the vehicle a more car-like profile, while the factory 20in wheels have been painted black to offset the bright white exterior. A new grille,

The pricing for the modifications is modest despite the relatively large power gains. The ECU reflash costs just €849 ($1,160) in Germany, while the lowering kit, new black chrome grille and other small exterior tweaks are set at €1,266 ($1,730).

For more of MCCHIP's handiwork, check out their tuned Volkswagen Scirocco.