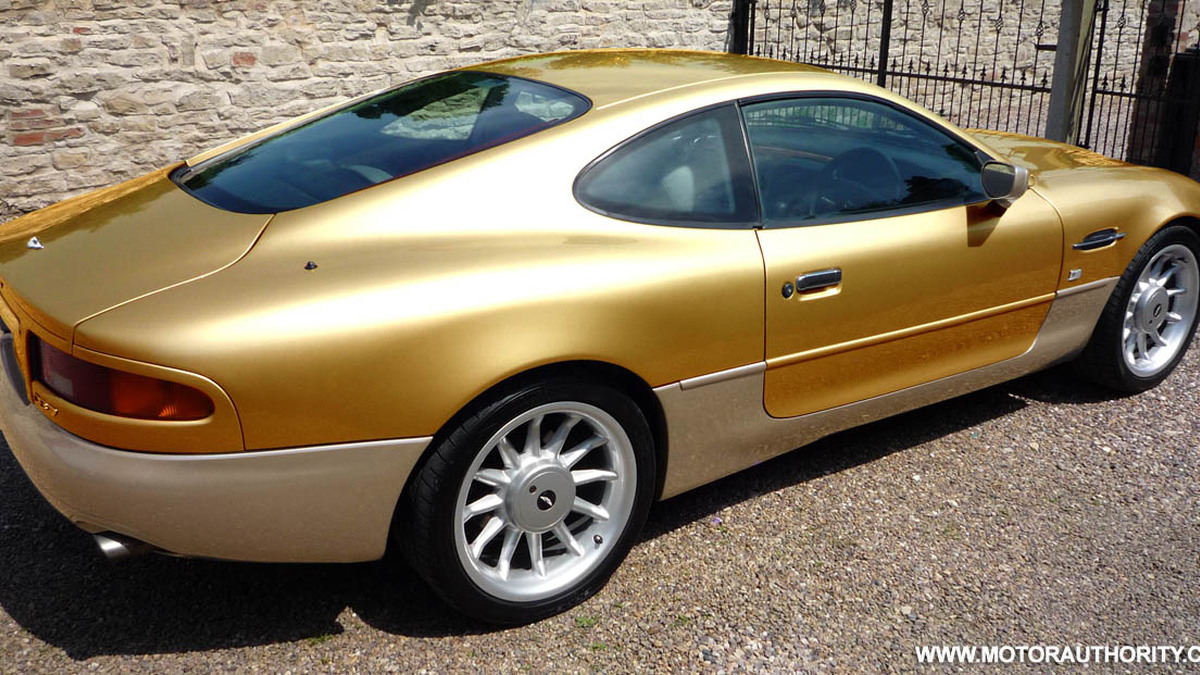 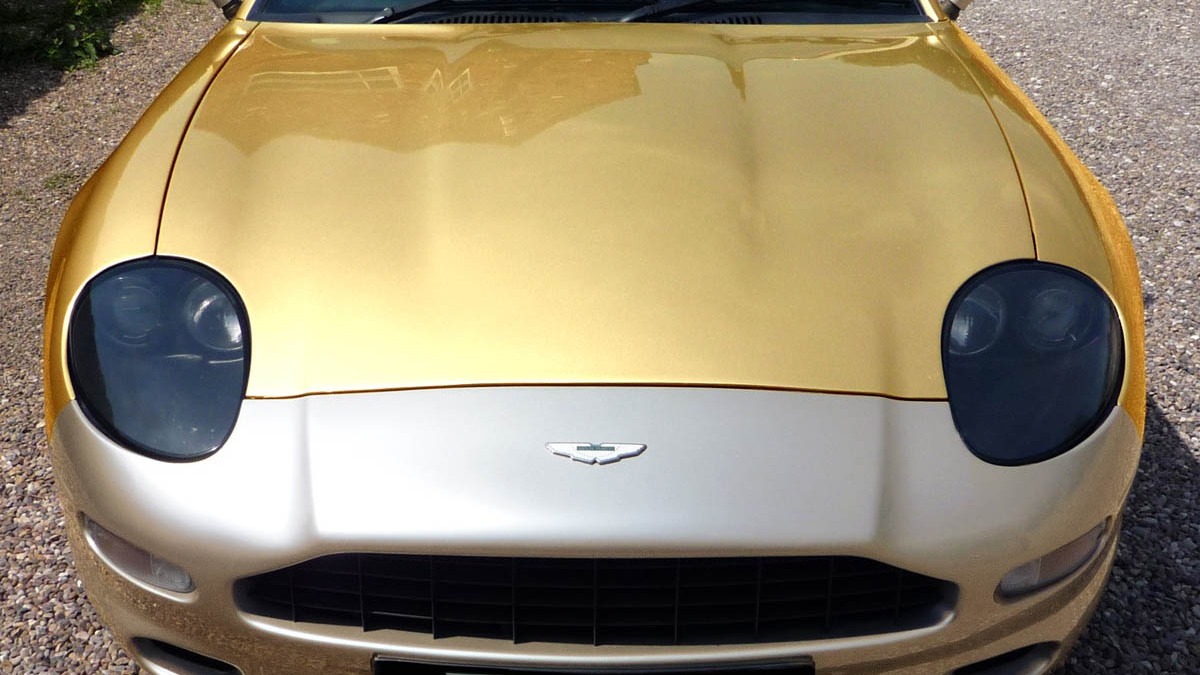 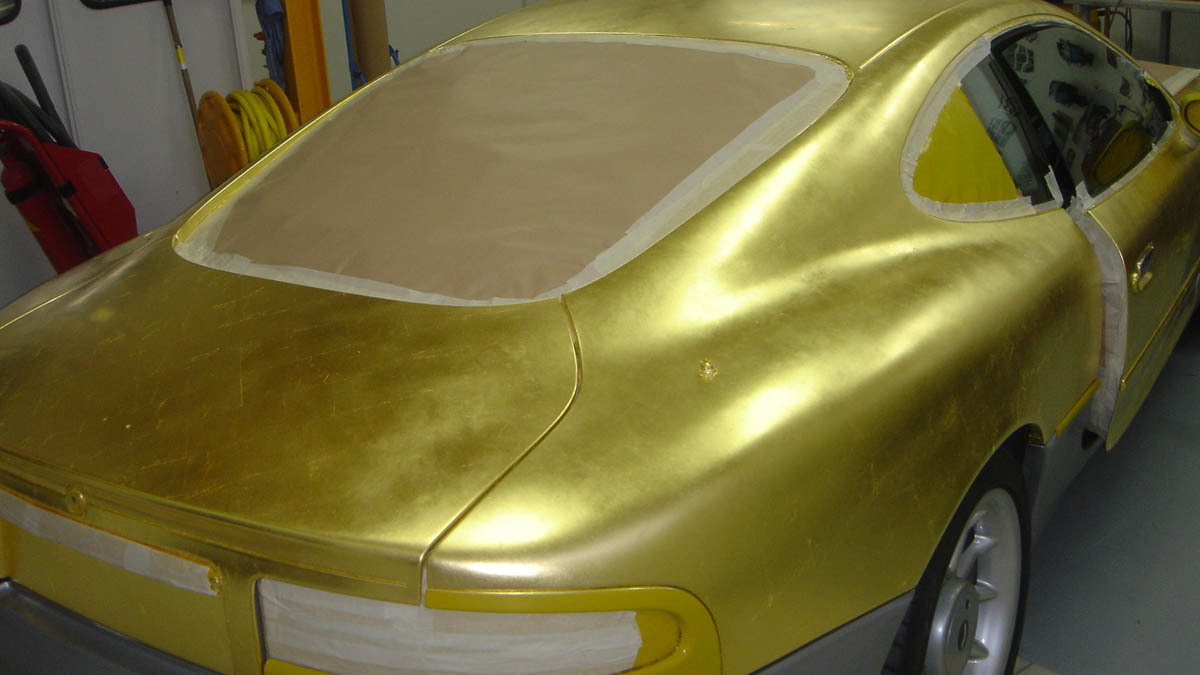 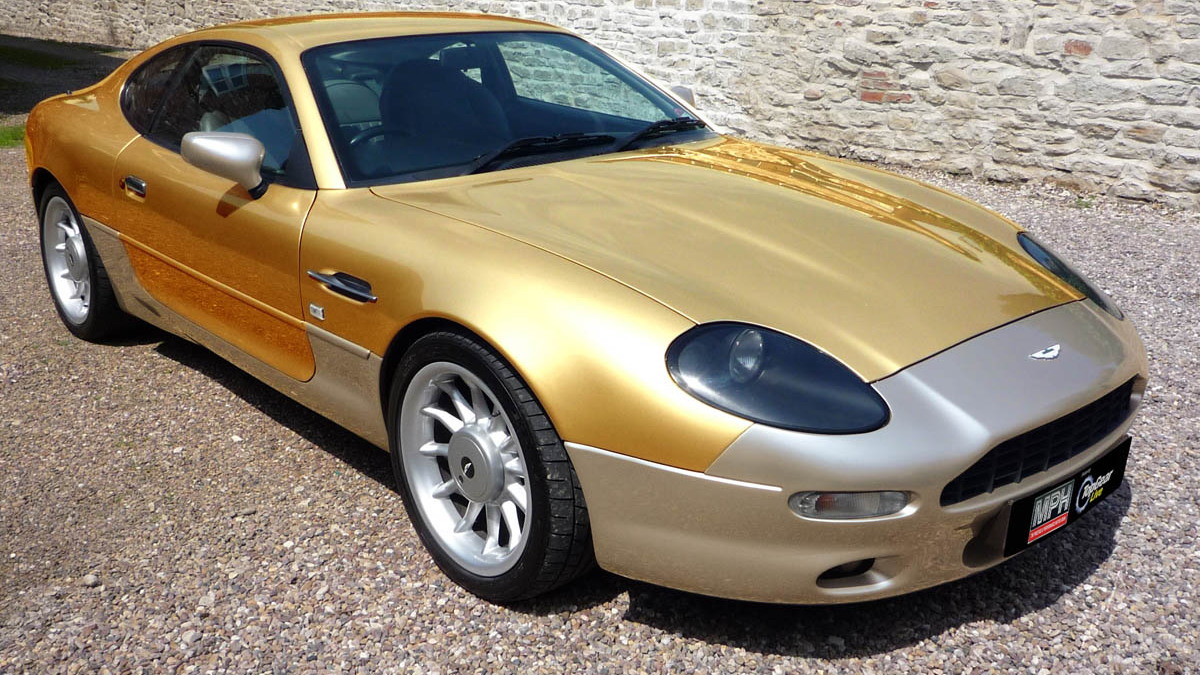 4
photos
The transmutation of base metals into gold has been the centuries-long quest of the alchemist and now tuning company Alchemist has achieved the goal - after a fashion. Painstaking work and attention to detail, not to mention a great deal of gold and platinum leaf, went into the final result, and the two-tone finish speaks for itself.

The special Aston Martin DB7 was first revealed last year after the premiere of the James Bond film Quantum of Solace in London as part of the MPH show at Earl's Court. The car was finished in 24 carat gold, platinum and palladium leaf as ordered by the Italian Prince Rupoli who commissioned it. The original cost of the project is rumored to have cost around £150,000, not including the donor 1995 model-year DB7, and now it's up for auction where it's expected to be sold for between £45,000 and £55,000.

H&H Auctions will run the sale at the upcoming Race Retro event in the UK in the middle of next month. As the chosen marquee for this year’s event, organisers are paying tribute to several special Aston Martin milestones including the 50th anniversary of the company’s 1959 World Sports Car Championship win. Other Aston Martin vehicles on display include the DBR1 and the more recent DBR9 LMGT1 as well as the V8GT rally car.

As for gold plated cars, other tuning companies have gone gold with their cars, and some have even gone chrome, but with the exception of the Pepita 24K Fiat 500, none have done so as simply or as purely as the Alchemist DB7.