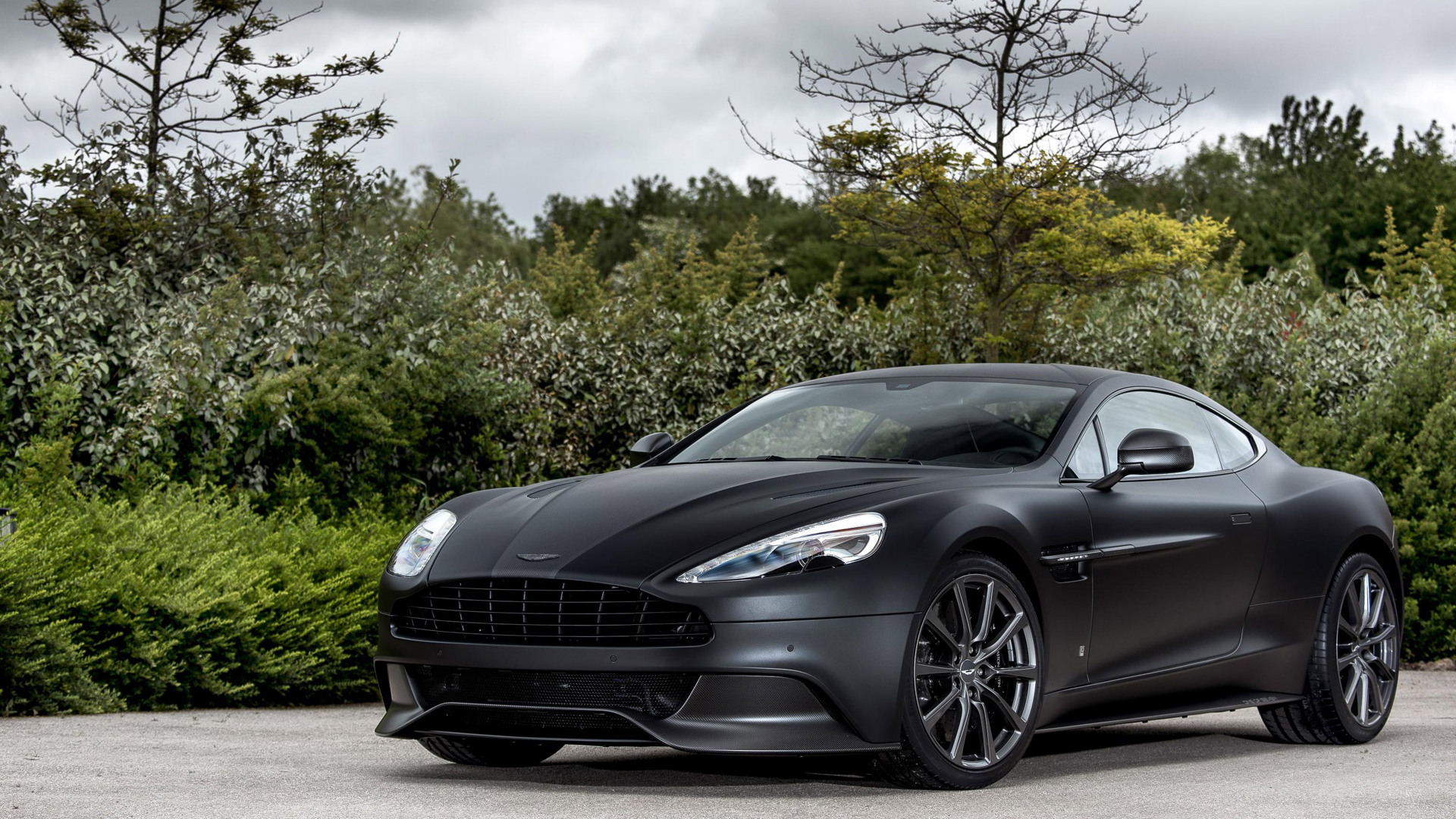 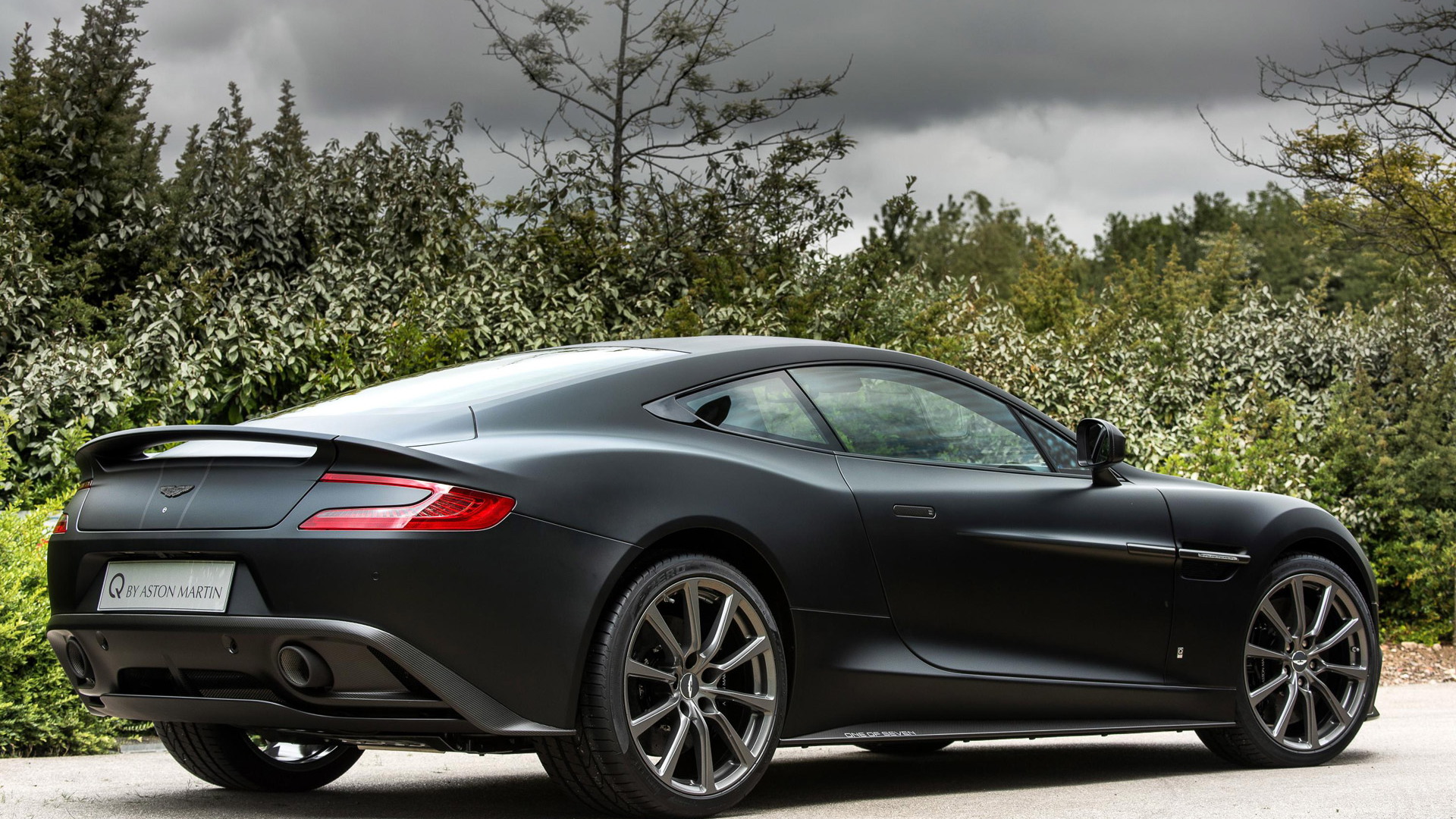 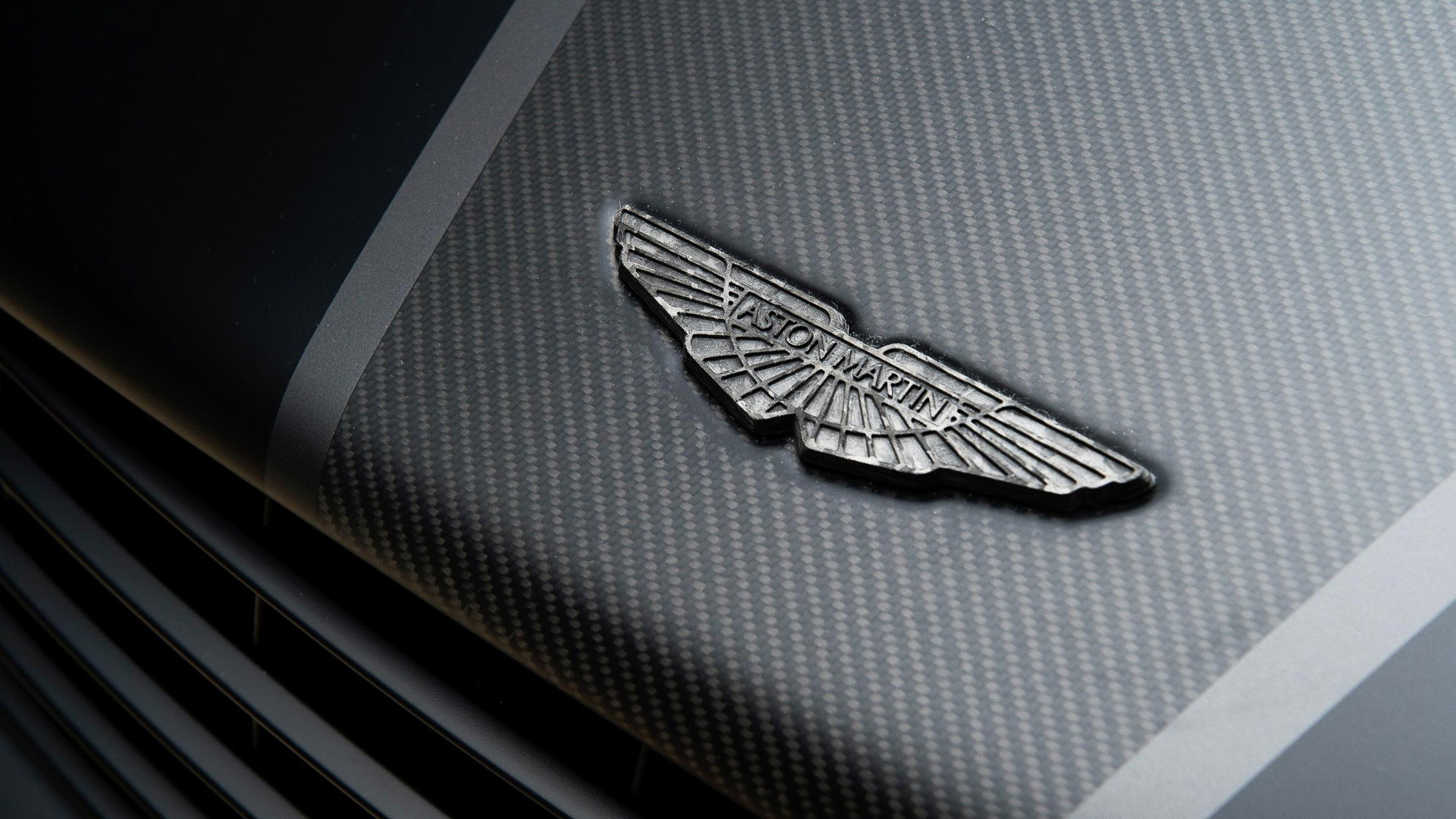 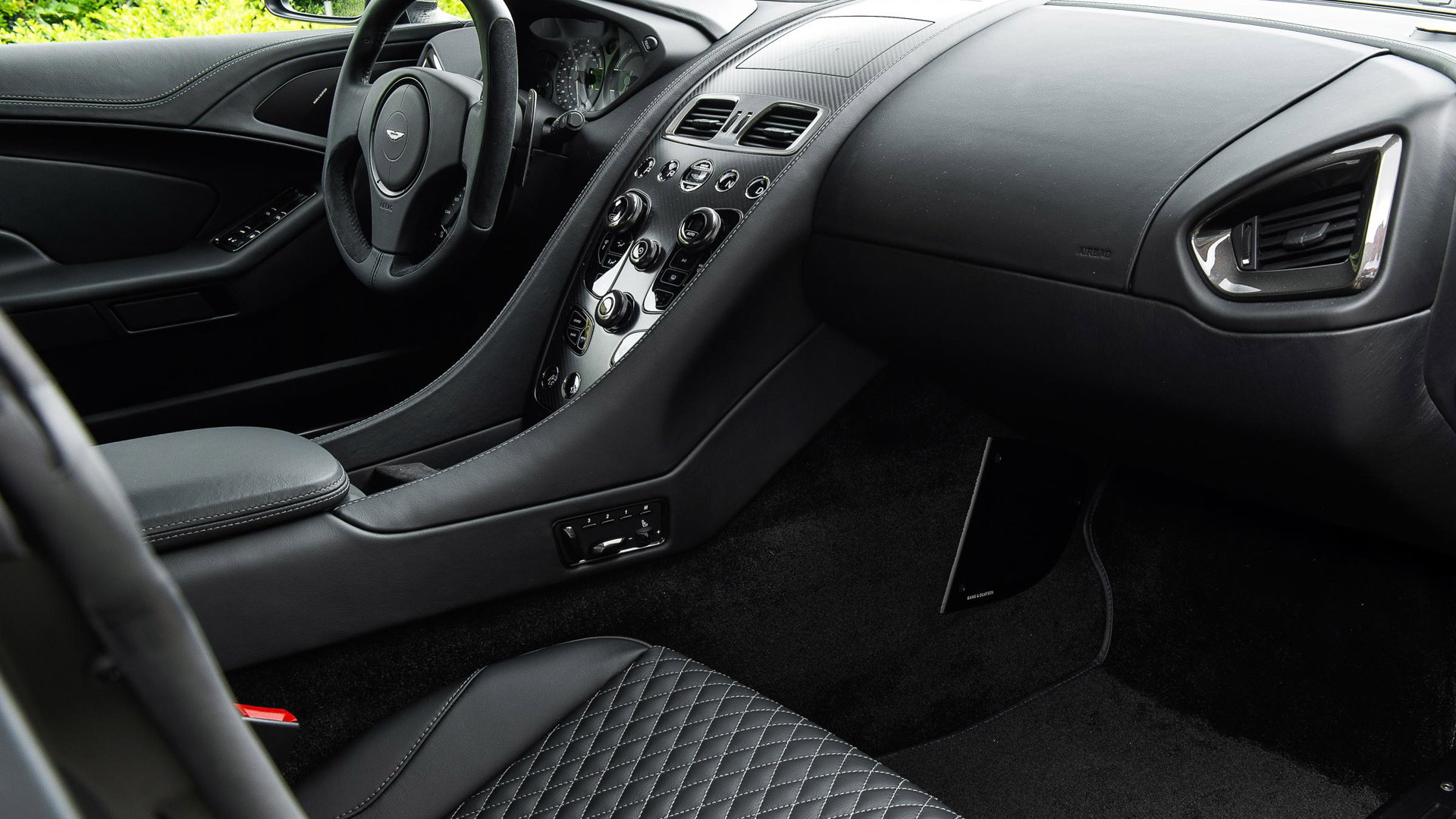 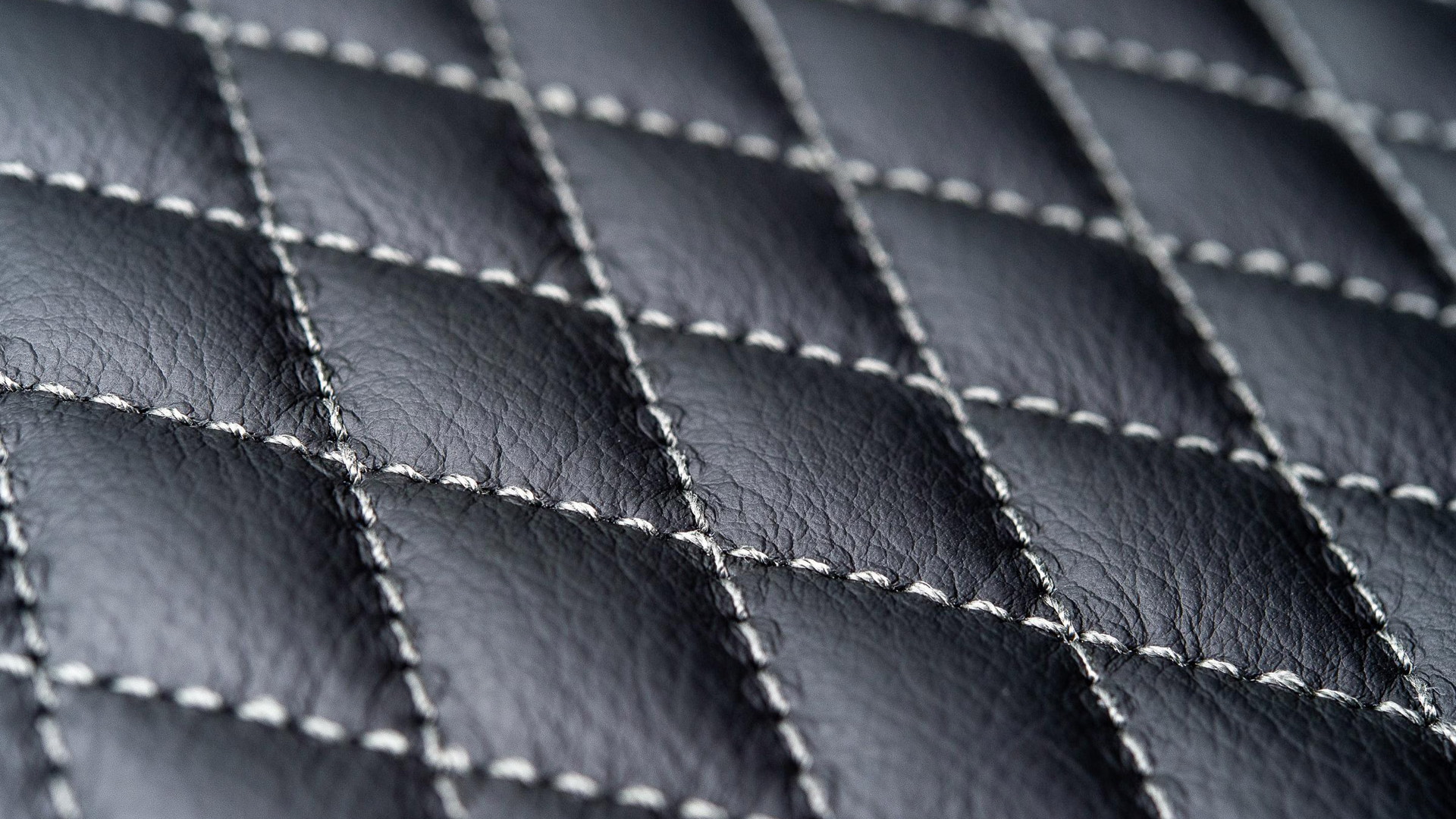 Aston Martin has announced that a German collector by the name of Markus Storck has commissioned a series of seven bespoke Vanquish sports cars for himself and presumably six of his friends. The automaker says that Storck, the founder of bicycle manufacturer Storck Bikes, has taken delivery of the first example and that the six other cars in the collection will go to six “fellow sports car aficionados.”

The cars were developed by the British automaker’s own Q by Aston Martin personalization department and feature carbon fiber elements throughout. One of the highlights is an exclusive exterior finish that sees multiple layers of carbon fiber cleverly interwoven to a perfectly smooth finish, a result that required Aston Martin to develop an entirely new addition to its manufacturing process.

The carbon fiber is left bare in certain sections, with the rest of the body featuring satin black paint. The bespoke Vanquish also includes an array of luxurious and custom-made additions such as diamond quilting on the seats, “One of Seven” logos perforated into the head restraints, gloss black highlights around the cabin, and the signature Aston Martin wing logo machined out of pure carbon.

The mechanical bits were left untouched, which means the car’s 6.0-liter V-12 dishes out 568 horsepower and 465 pound-feet of torque. This is enough for 0-60 mph acceleration in less than 4.0 seconds and a top speed in excess of 200 mph.

“I’m absolutely thrilled to see my vision for a series of bespoke Aston Martin Vanquish come to life like this,” Storck said after taking delivery of the car. “The attention to detail, service and dedication I have seen from the Q team has been exceptional—and the result is outstanding.”