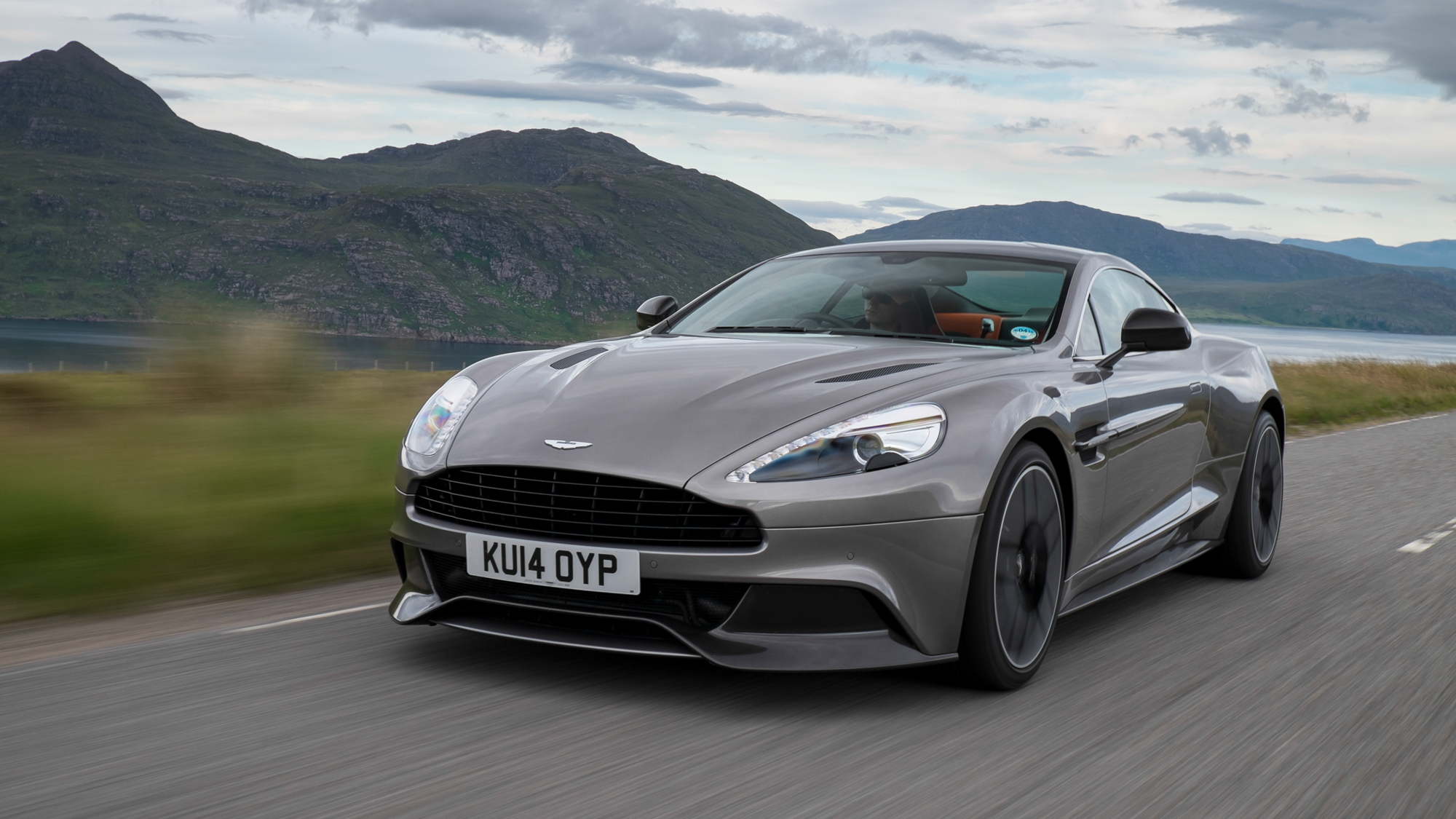 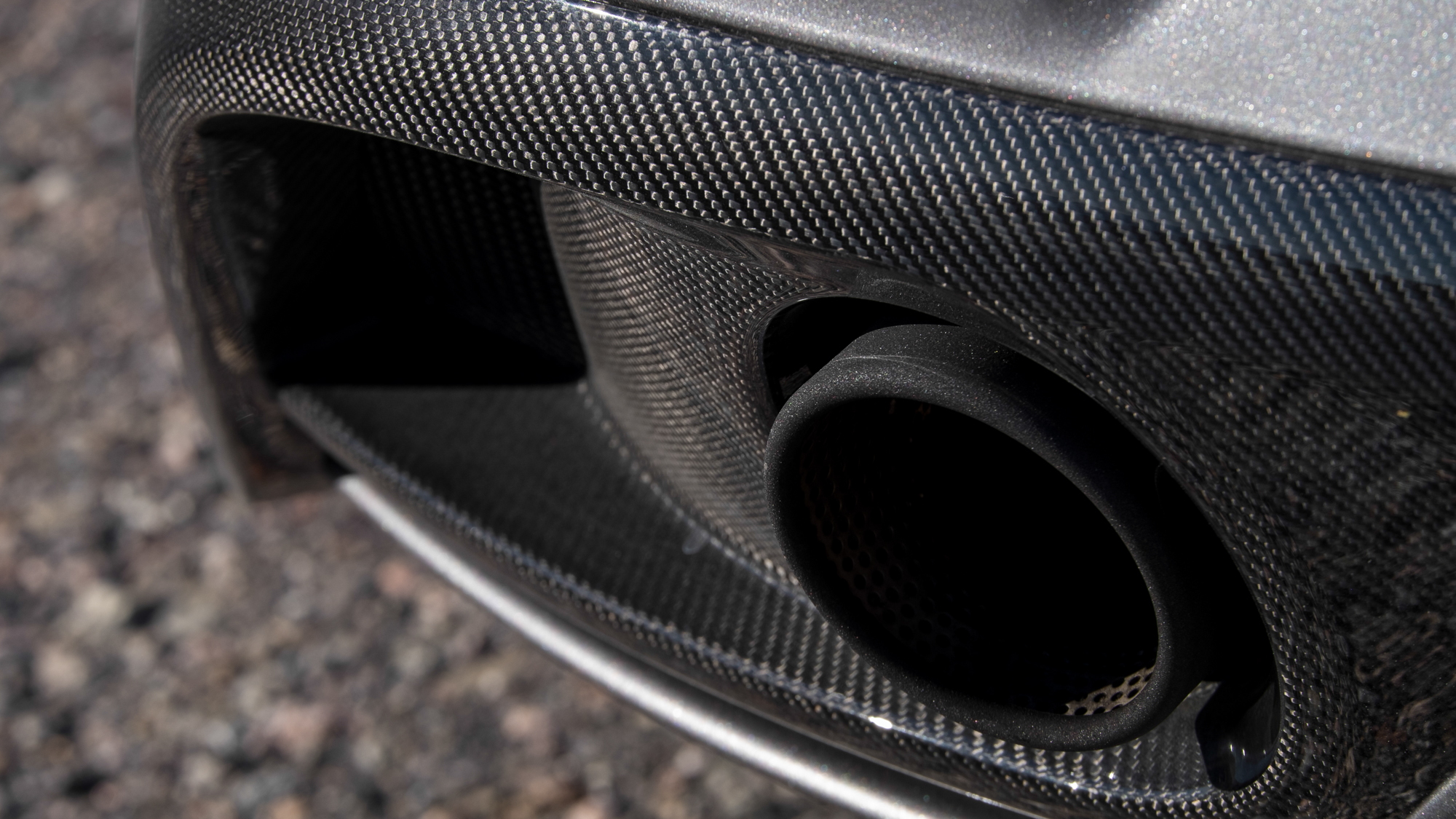 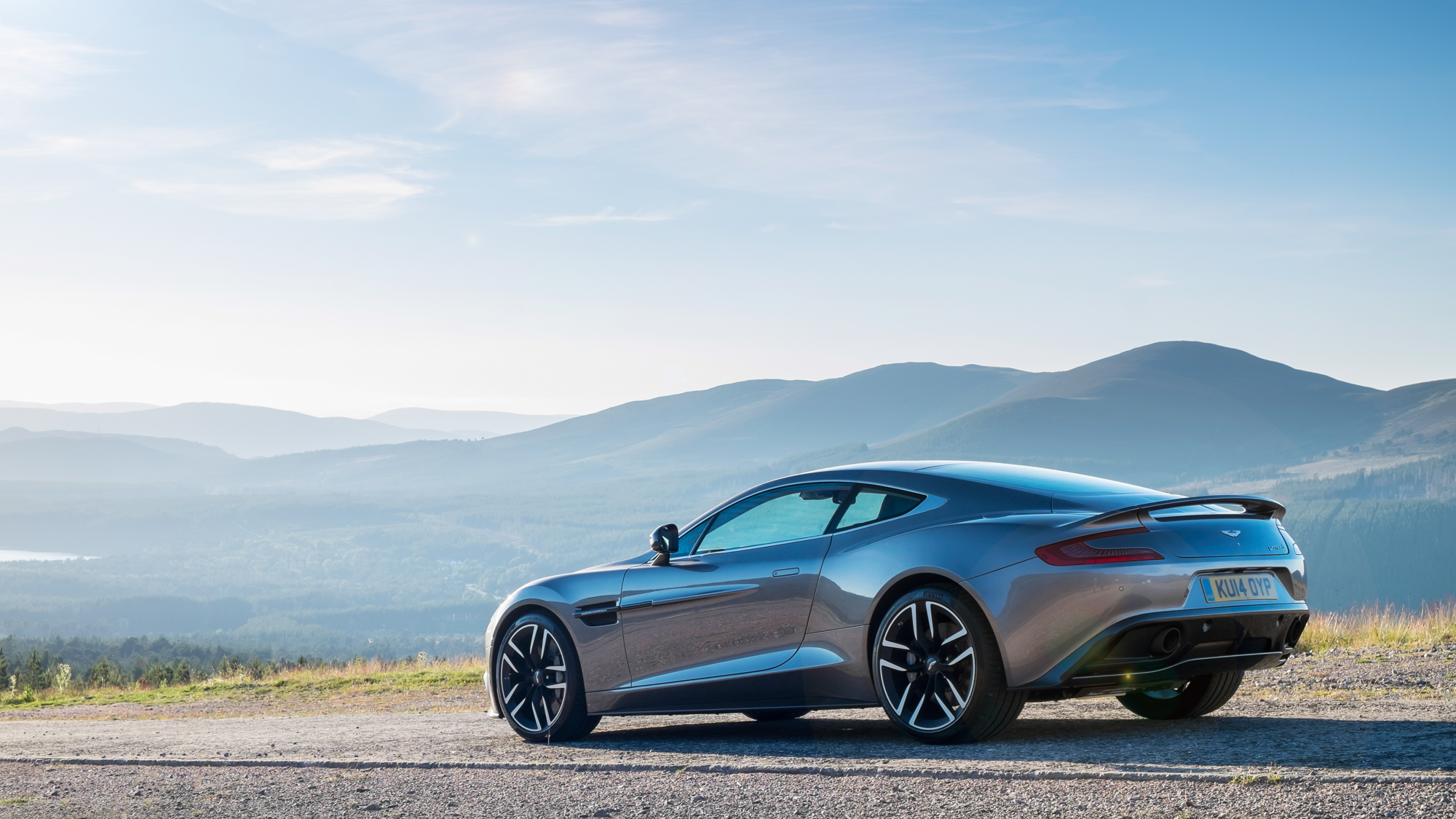 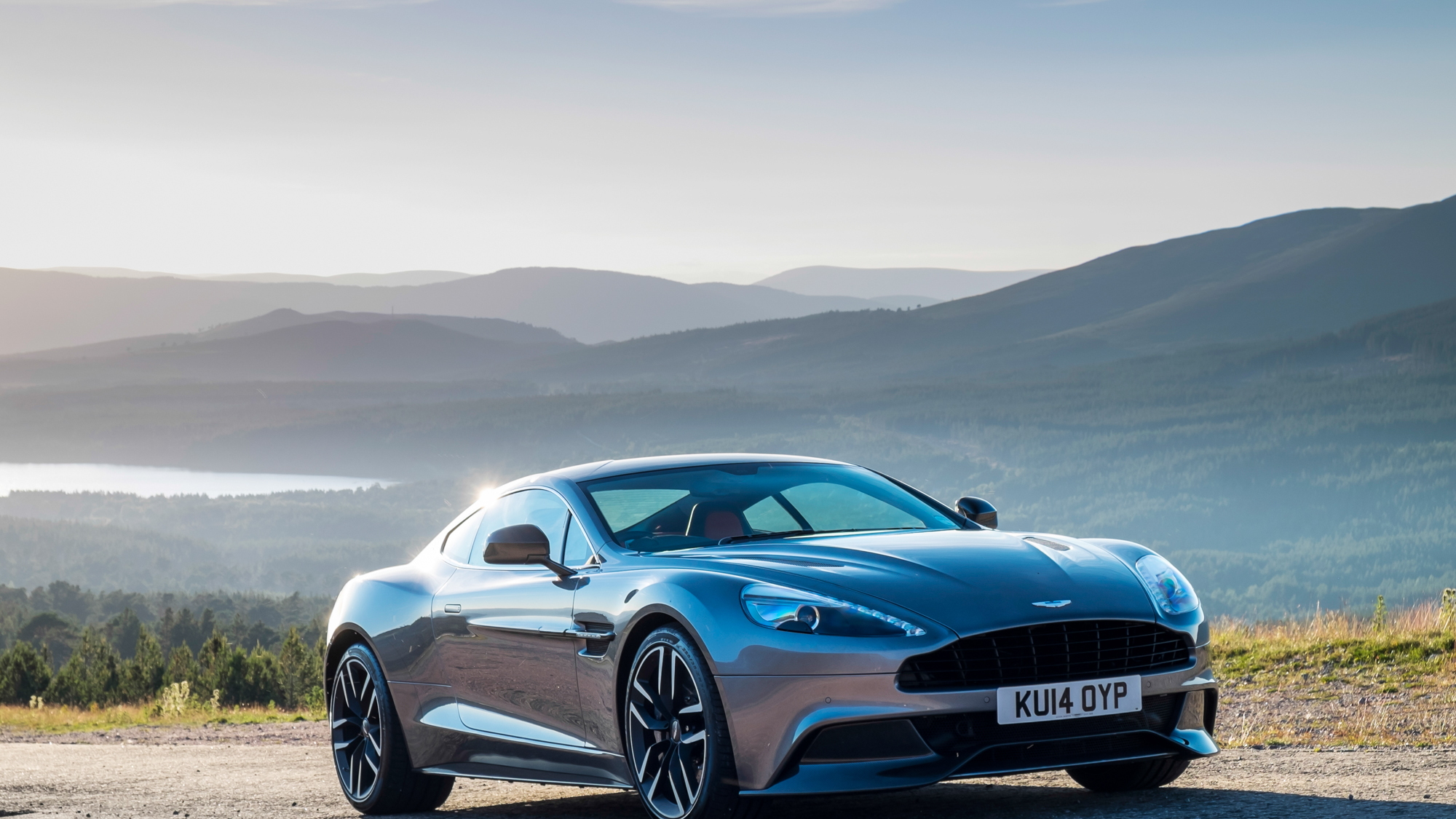 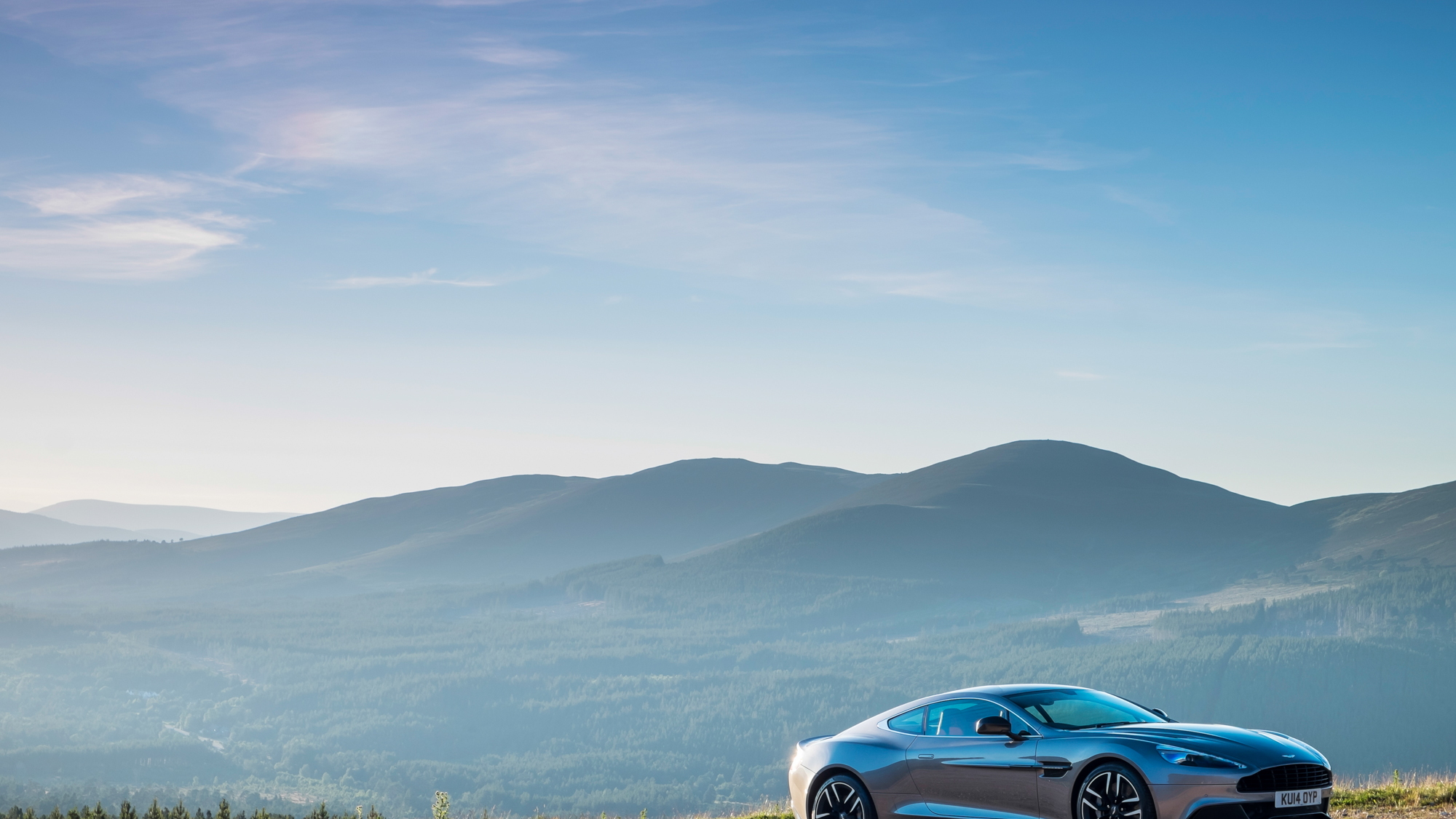 59
photos
Both the Aston Martin Rapide S and the Vanquish have a handful of things in common. As they should, considering they're both from the same automaker: styling cues can be traced between each machine; the guttural growl of the 6.0-liter V-12 engine cuts through traffic as quickly as the cars themselves do; the asking price of each is perfectly super as well, considering each is nearly worth the super car moniker. Another similarity exists, however, in the fact that each car falls a bit short of earning that super superlative.

For the 2015 model year, Aston Martin has upgraded each car under the skin and the results are super impressive.

Unless you follow each machine very closely, it's hard to notice any changes to the exterior. There are a few new paint choices, some different wheel options, and that's really it. The real upgrades have come underneath the sultry bodywork. The biggest change: Aston Martin has swapped out the six-speed transaxle gearbox for a new eight-speed unit from ZF.

The brilliant minds at ZF were able to utilize the existing gearbox case for the new system. This means they were able to cram two more gears into the same space as before, which means Aston Martin didn't need to fuss around with revising interior room or trunk space. Additionally, the new eight-speed weighs 8.8 pounds less than the outgoing unit, cuts the 0-60 mph time by half a second, and pushes top speed over 200 mph for each car. In fact, the Rapide S actually has a higher top speed than the Vanquish thanks to bodywork that's just a bit more slippery.

This changing of the gearbox guard alone makes both the Rapide S and Vanquish far more interesting and enjoyable machines. It is also marks the first time an eight-speed unit has been introduced in a transaxle setup. There's more going on here though, as Aston Martin has made even more changes to help make sure the driving experience is everything one would hope it would be.

While the power jump is appreciated, future owners may also enjoy improved fuel economy figures. We're not exactly dealing with a pair of Priuses here, so don't expect 30 mpg on the window sticker. The Vanquish improves its combined and highway figures by seven percent and 11% respectively, which represents a jump to 16 mpg combined and 21 mpg on the highway. Rapide S drivers should see 17 mpg combined and 22 mpg highway, which are improvements of 13% and 16% respectively. In addition to the ECU assistance, Aston Martin worked with Pirelli on the tires and a lower-rolling resistance compound was utilized. That sounds a bit lame since you're used to hearing the term applied to hybrids, but we can assure you that the driving dynamics haven't been compromised.

In fact, they've been improved.

The ride, handling, feel, and any other term one applies to how a car drives have all received a healthy dose of re-engineering. Out back, the suspension geometry has been altered and the rear subframe has been modified. Stiffer anti-roll bars have been applied to the rear end as well. Up front, the brake rotors have increased in size and the brake boost has been refined as well.

All of the changes result in a car that turns in more sharply. Furthermore, the adaptive damping suspension system has seen its various Normal, Sport, and Track modes given a wider spread of adjustment tuning. This means that Normal feels like a proper grand touring car, Sport sees a bit of stiffness thrown into the mix, and Track takes things as far as you'd want them to go in a car like the Rapide S or the Vanquish. You'll feel all the bumps but you'll still be quite comfortable.

So you add in all of these changes to a pair of superb machines, and you come out on the other side with vehicles that are now fantastic. The Rapide S is a four-door sedan that will run from 0-60 miles per hour in 4.2 seconds and continue on to a top speed of 203 miles per hour. The Vanquish, a car that should always have been capable of super car times, now backs up its achingly good looks. The blast to 60 will take just 3.6 seconds and the top speed is a tick or two over the double century mark.

Each pull of the leather-covered shift paddle will crack off a gear change in just 130 milliseconds. The dialed-in rear suspension will keep the action moving in the direction in which you've intended. Finally, your passengers will be happy once you've stopped mucking about and put the whole car back into Normal mode because the luxurious side of the car comes back into focus. Both the Rapide S and the Vanquish are cozy cruisers that can be transformed into brutal bruisers with the push of the Sport button and the Adaptive Damping button, each located on either side of the steering wheel.