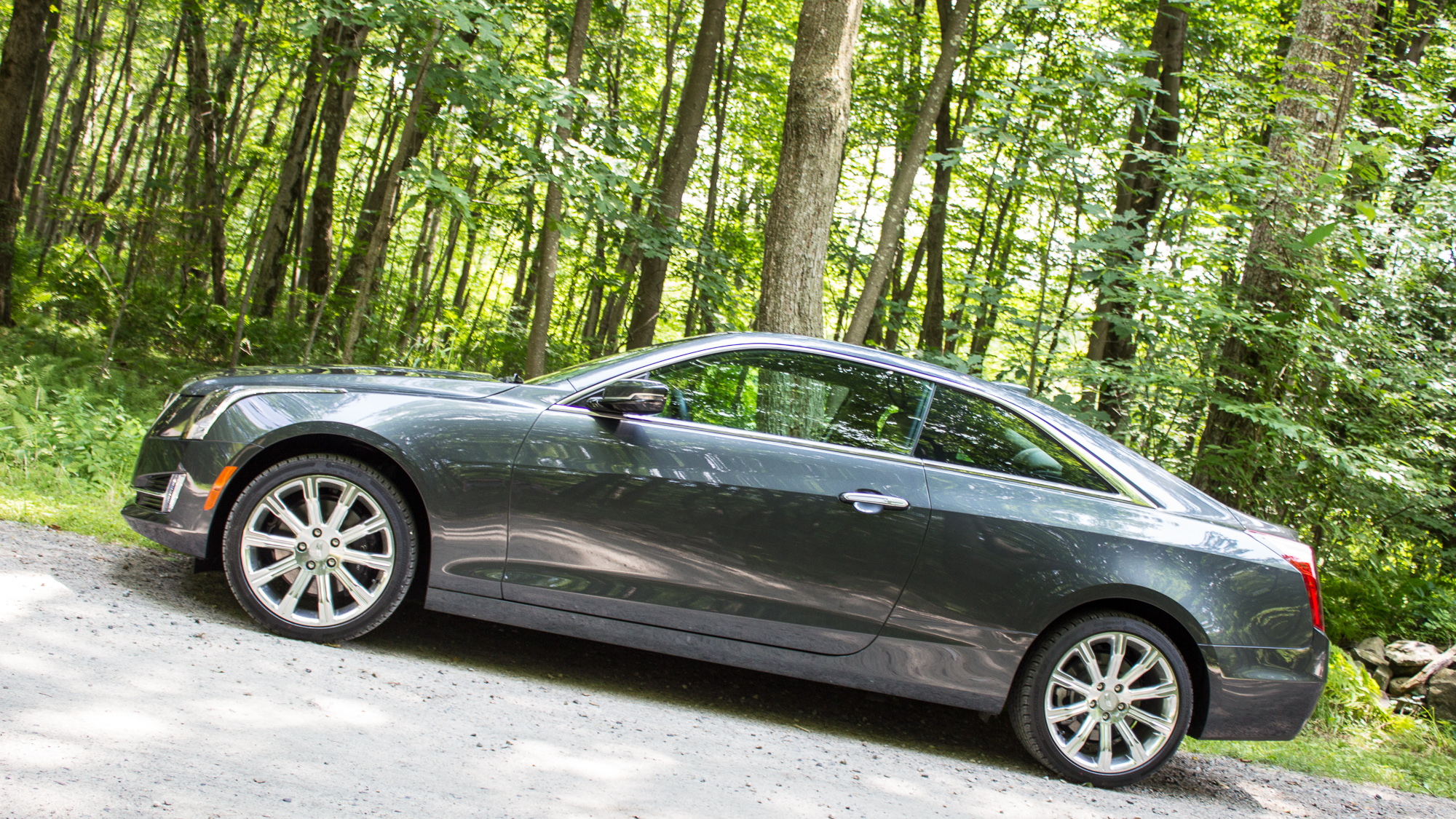 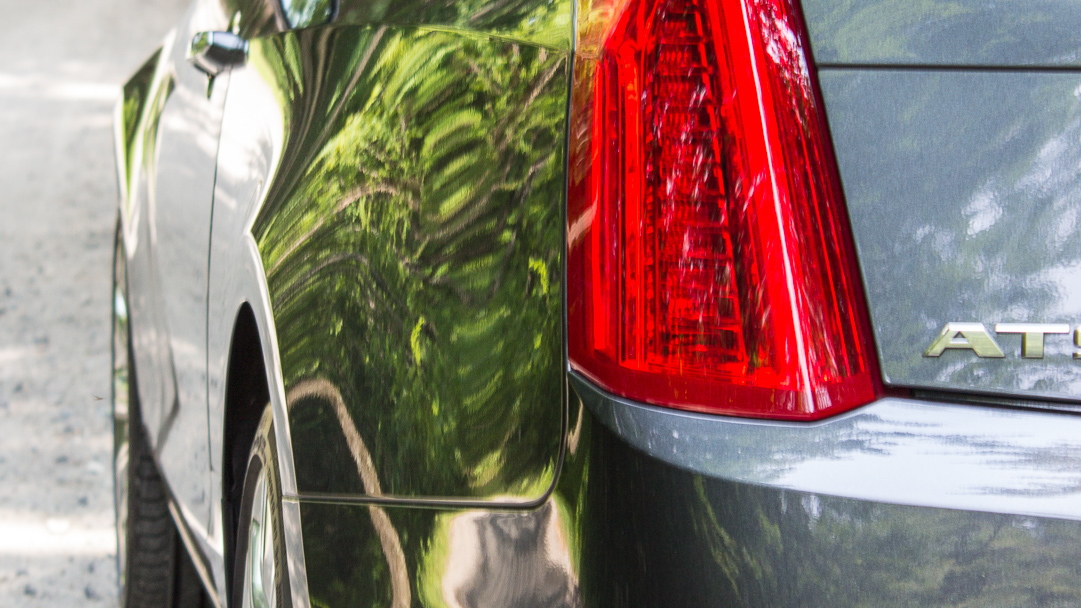 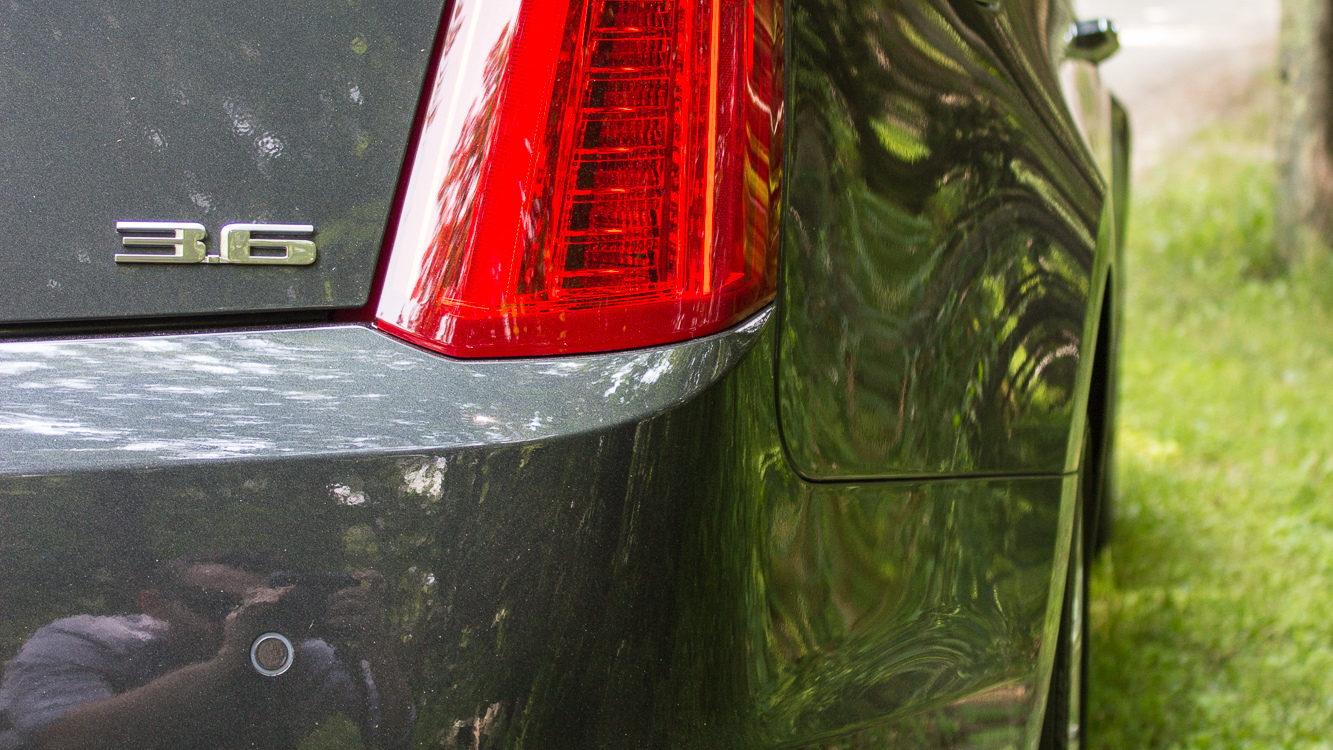 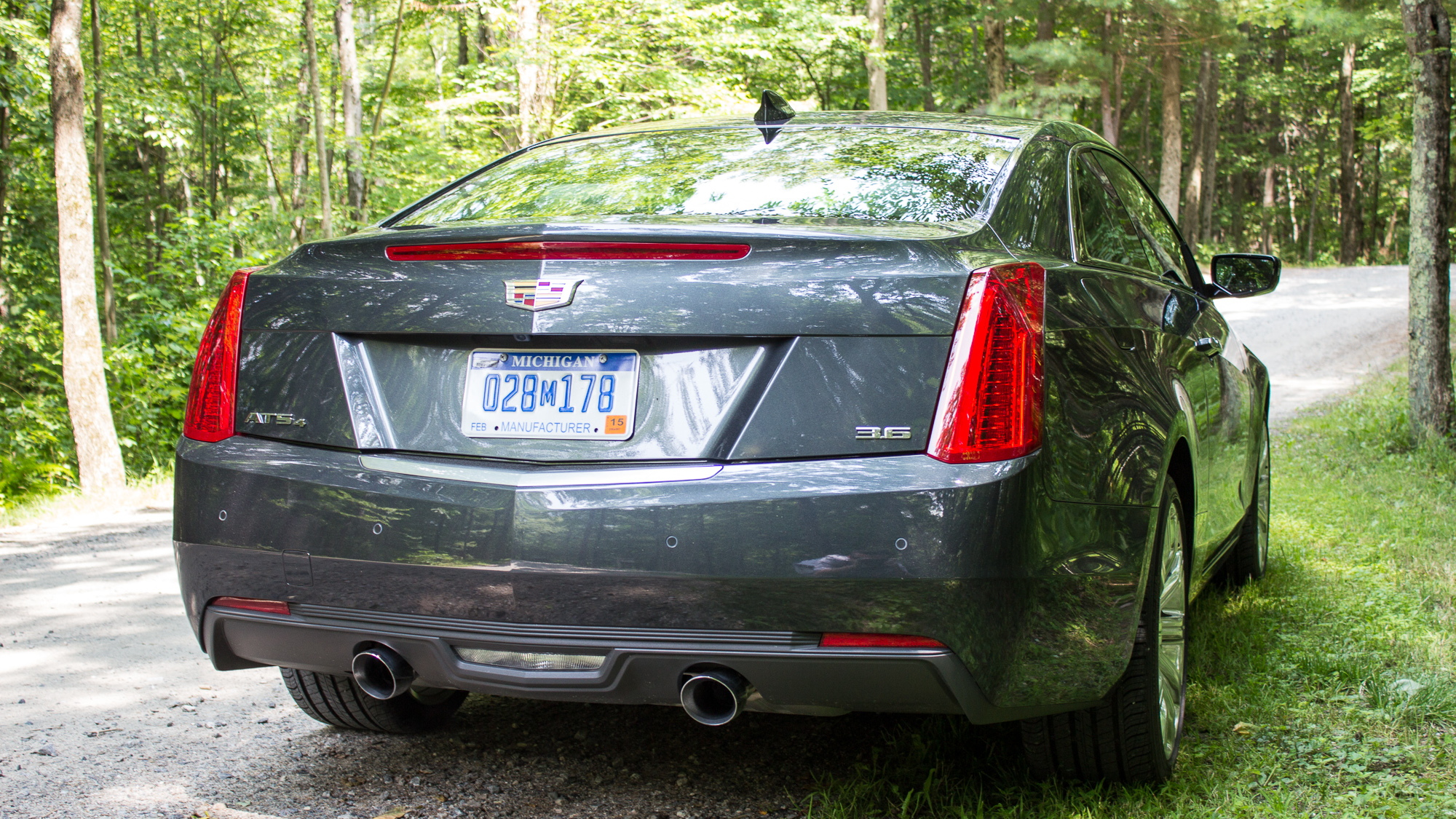 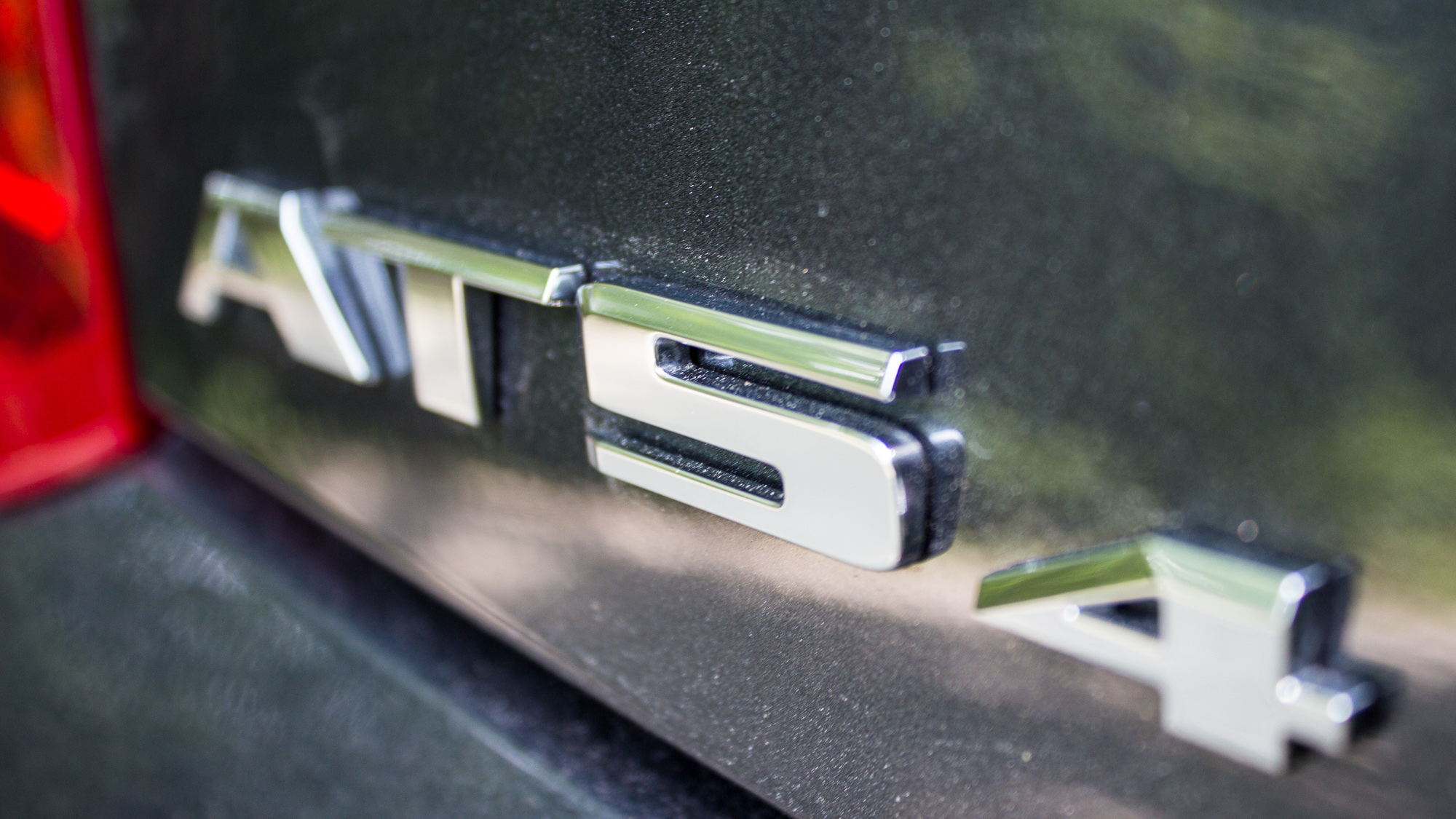 50
photos
As much as General Motors has been in the news for getting things wrong of late, Cadillac deserves notice for how much it’s been getting right over the past decade, too. From the CTS sedan that kicked off the brand’s revival as a world-class marque, to the ATS sedan that helped cement it, and now to the 2015 ATS Coupe.

Rather than a special or exotic addition to the Cadillac brand and ATS family, the Coupe is merely the next logical progression for a company now bent on filling out its model portfolio with a full line of cars for its varied and growing customer base. Fortunately for Cadillac, the ATS Coupe is one hell of an ambassador, despite its low-volume two-door body.

Sharing the same engines, transmissions, and equipment sets as the upgraded 2015 ATS sedan, the new ATS Coupe’s primary differentiation from the four-door is styling, though there are some important under-the-skin differences as well.

At the nose, the most dramatic change is the new Cadillac crest, which does away with the wreath for a cleaner, more modern look. A coupe-specific front end, plus wider fenders front and rear, give a more athletic look. The doors, rear end, roof, and trunk are also obviously unique to the coupe, and while each is well-executed, it’s the way the whole design comes together that really cements the excellence of the ATS Coupe’s visual presence. The low, wide, flared rear end and fast rear roof/glass profile give a sporty, purposeful demeanor without resorting to the almost caricatured look of the previous generation CTS Coupe.

In person, all of this melds in a way that’s both satisfying and understated—perhaps the exact right mix of taste and restraint. In every way that matters, the ATS Coupe is the design success for Cadillac that the A5 family was (and still is) for Audi.

The turbocharged four-cylinder in the ATS 2.0T is a brilliant companion, turning out a stout 295 lb-ft of torque, up 14% from last year’s ATS sedan with the same engine. Horsepower remains the same at 272 hp, which is enough to accelerate the coupe with aplomb at nearly any rpm. Peak torque is available from 3,000 rpm to 4,600 rpm, while 90% of peak torque can be tapped from 2,100 rpm to 3,000 rpm.

When fitted with the 2.0-liter turbocharged engine, the ATS offers 50.6% / 49.4% front / rear weight balance, enhancing the already proven capability of the ATS chassis.

Add to that the widened track, which reduces weight transfer and makes for an even flatter-cornering car without increased ride harshness, and you have a truly fun-to-drive luxury coupe with bona fide rear-drive dynamics. And underpinning it all is the third-generation magneto-rheological dampers GM has brought to bear (in different specification) on the Camaro ZL1 and Corvette Stingray sports cars.

The venerable 3.6-liter V-6 is also available, but its noise—while pleasant to a gearhead’s ear—is more obtrusive and less refined than the four-cylinder’s, and not entirely in-character for the ATS. At 321 horsepower and 275 pound-feet of torque, the real-world performance benefit offered isn’t significant, especially when the improved weight balance and gas mileage of the four-cylinder is taken into account.

All-wheel drive is available with the ATS Coupe, and while it might be a necessary component for all-weather usage in more northerly climes, it’s certainly not a prerequisite for performance; it also doesn’t really get in the way of a good drive. While steering feel isn’t a revelation in the ATS Coupe, in the rear-drive 2.0T model, it’s still very good, communicating the state of the car’s front end well.

For the enthusiast with a taste for style and luxury, Cadillac is offering one very attractive combination that’s become increasingly rare at this point in the market: a six-speed manual with rear-wheel drive and the 2.0-liter turbocharged engine. It’s an absolute blast to keep the turbo spooled, row the surprisingly slick gearbox, and dance the balanced chassis along a winding stretch of road.

Cadillac’s CUE system, like all of the current major luxury-brand infotainment systems, has had its growing pains. Fortunately, it’s much improved over its initial versions, and with the latest additions to Cadillac’s arsenal of high-tech goodies, it’s truly enticing, even in the face of the brilliant competition from Germany.

New to the list for the 2015 ATS Coupe are available wireless phone charging and a 4G LTE hot spot.

The wireless phone charging area is inside the compartment hidden behind the nav screen; with Bluetooth standard, you can just lay your phone back there, and have a constant connection to your music and apps through CUE, without having to worry about a charging cord or arriving with a dead phone battery.

Cadillac’s new 4G LTE hotspot is part of a wider On Star rollout that will soon expand to the rest of GM. Starting with Cadillac, the new high-speed mobile connection will enable much quicker web surfing on the go, though it doesn’t yet integrate with the vehicle’s own data requests, meaning things like location-based info and weather/traffic/etc. will still have to be pulled through the car’s slower 3G connection. Prices for the 4G LTE data connection start as low as $5 per month.

Priced to start at just $38,990 in rear-drive form, or $41,440 with all-wheel drive, the 2015 Cadillac ATS Coupe presents a very attractive figure to a buyer familiar with German price tags. For those familiar with German markups, too, the reasonable package prices also make good sense.

All of that means that to extract the most performance from the 2015 ATS Coupe, you’ll want to option it all the way up into Premium territory, pushing the bill for a rear-drive model to $48,090. Even at that price, the ATS Coupe slightly undercuts most of the well-optioned competition, while delivering essentially the same look, feel, function, and performance—and, often, beating them.

The 2015 Cadillac ATS Coupe is a car many American buyers won’t consider simply because it lacks two doors for their tastes or needs. But if you should find yourself in the market for a luxury sport coupe, the new ATS Coupe deserves your attention.