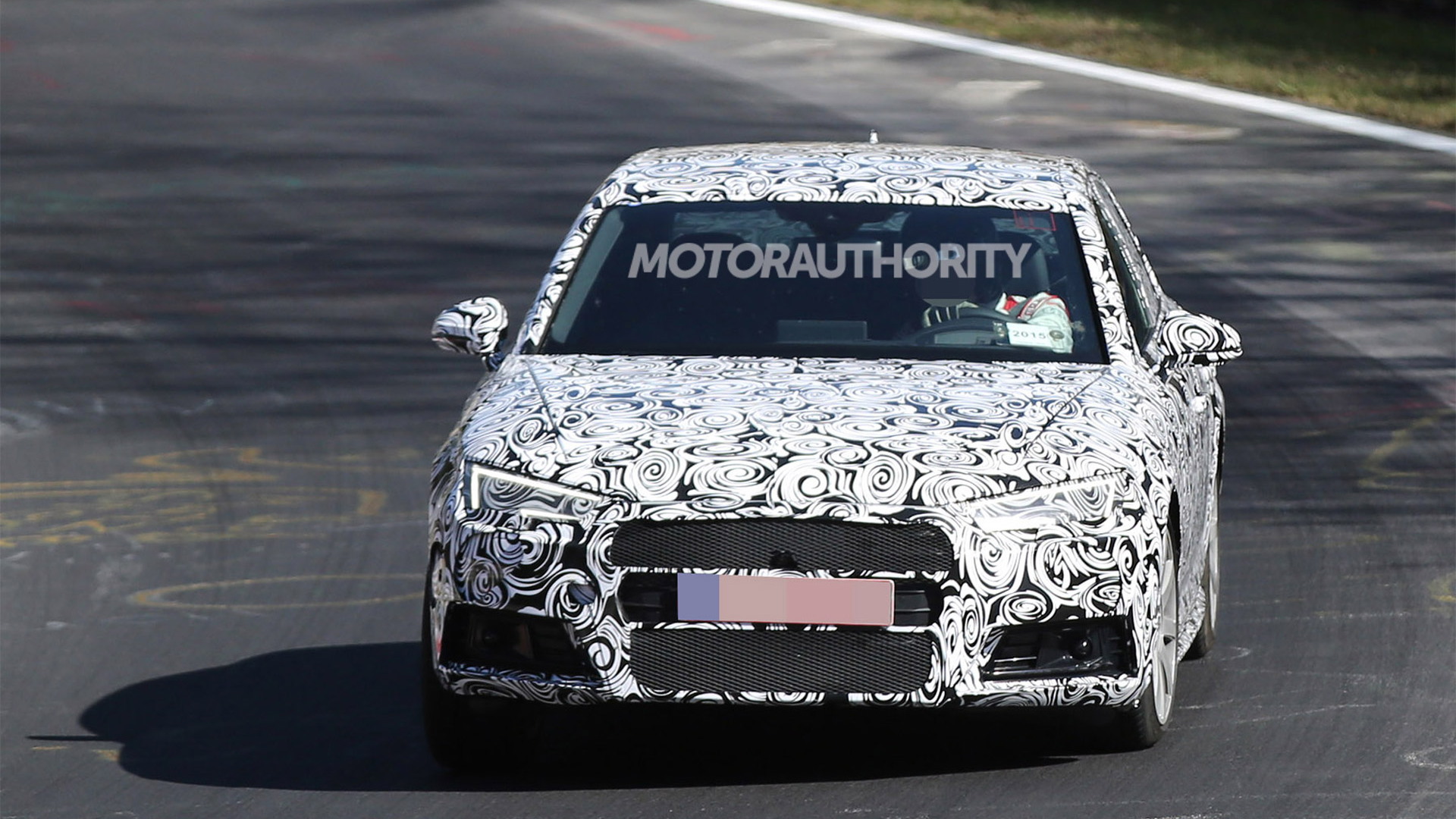 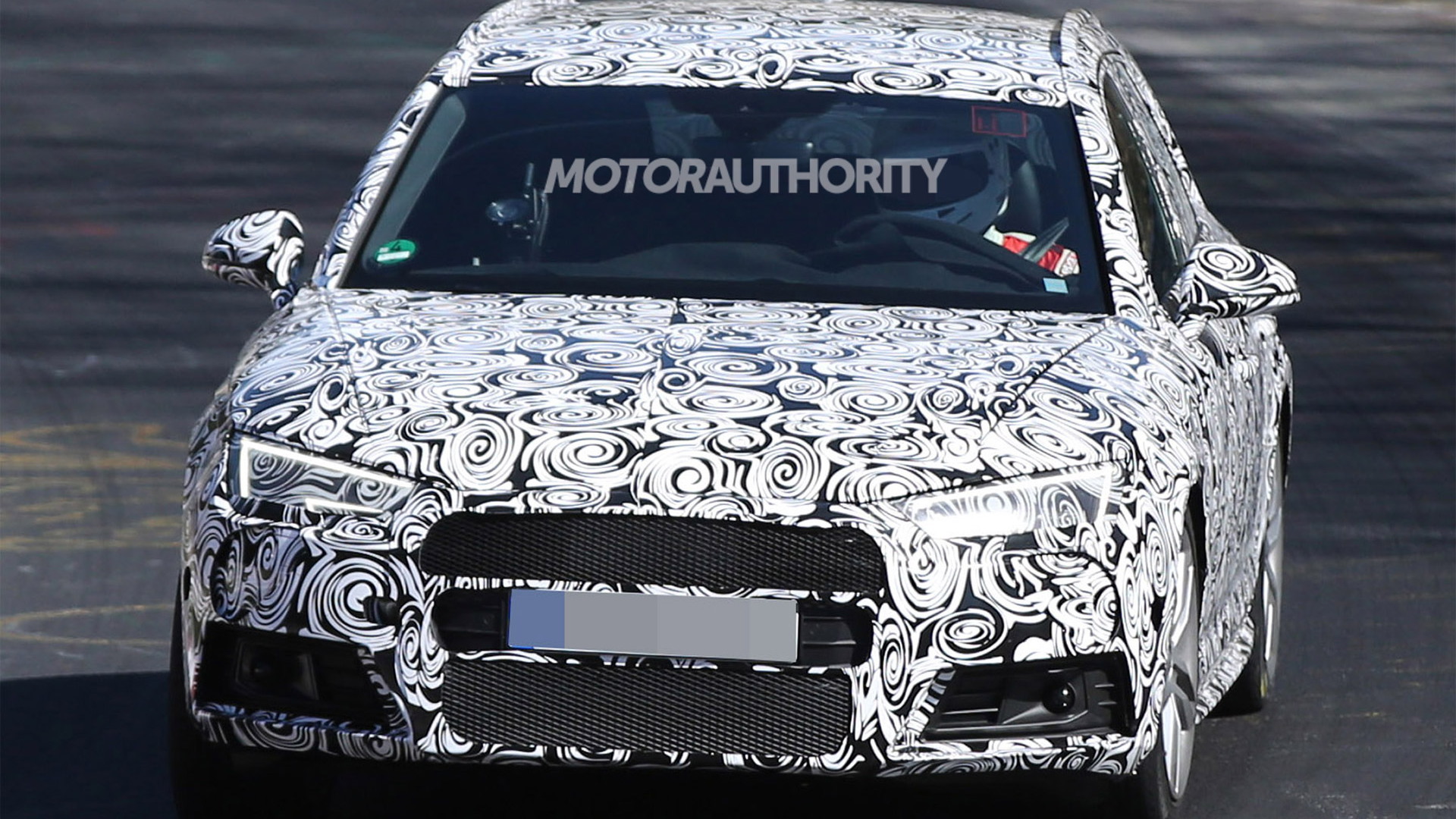 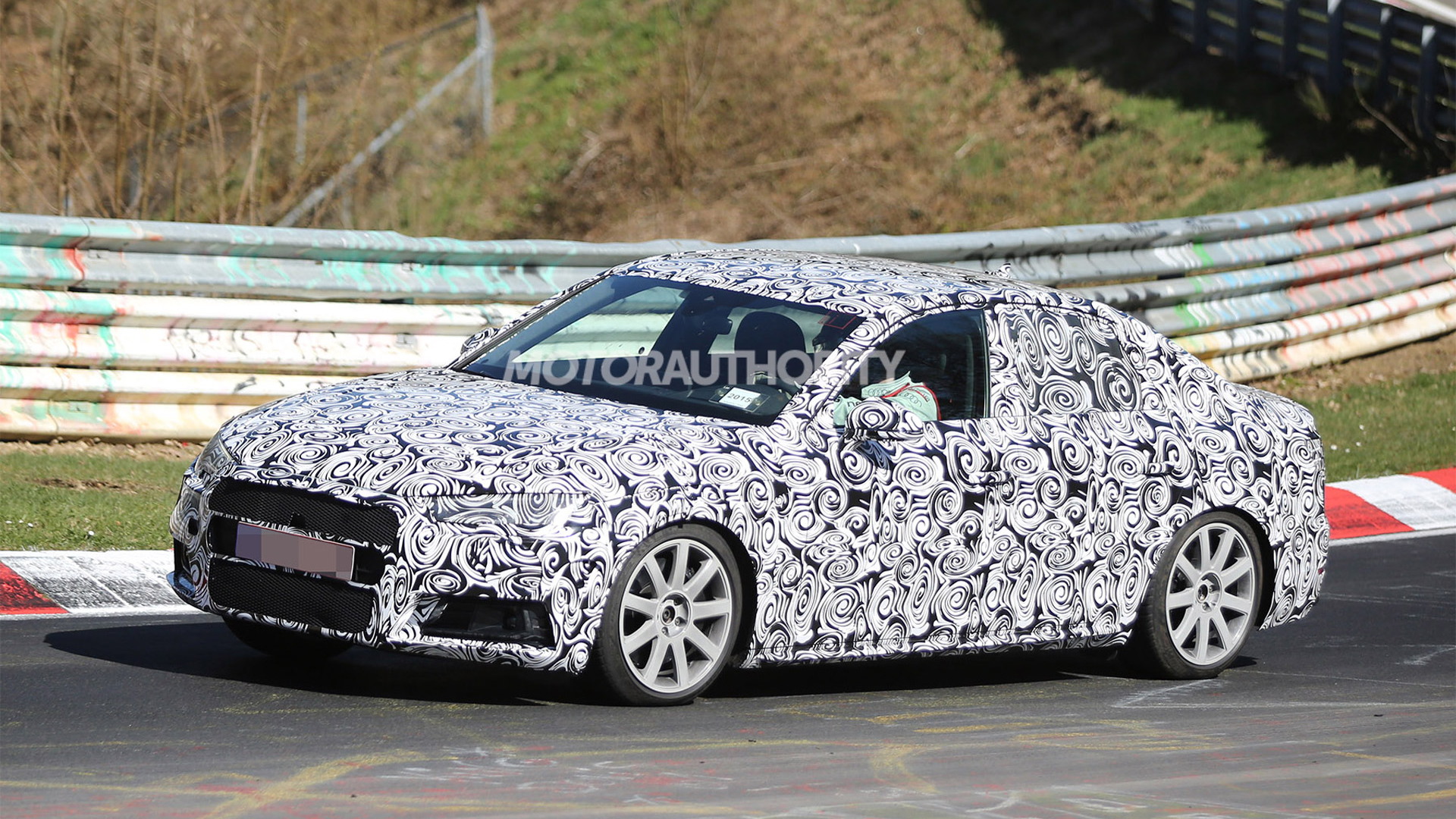 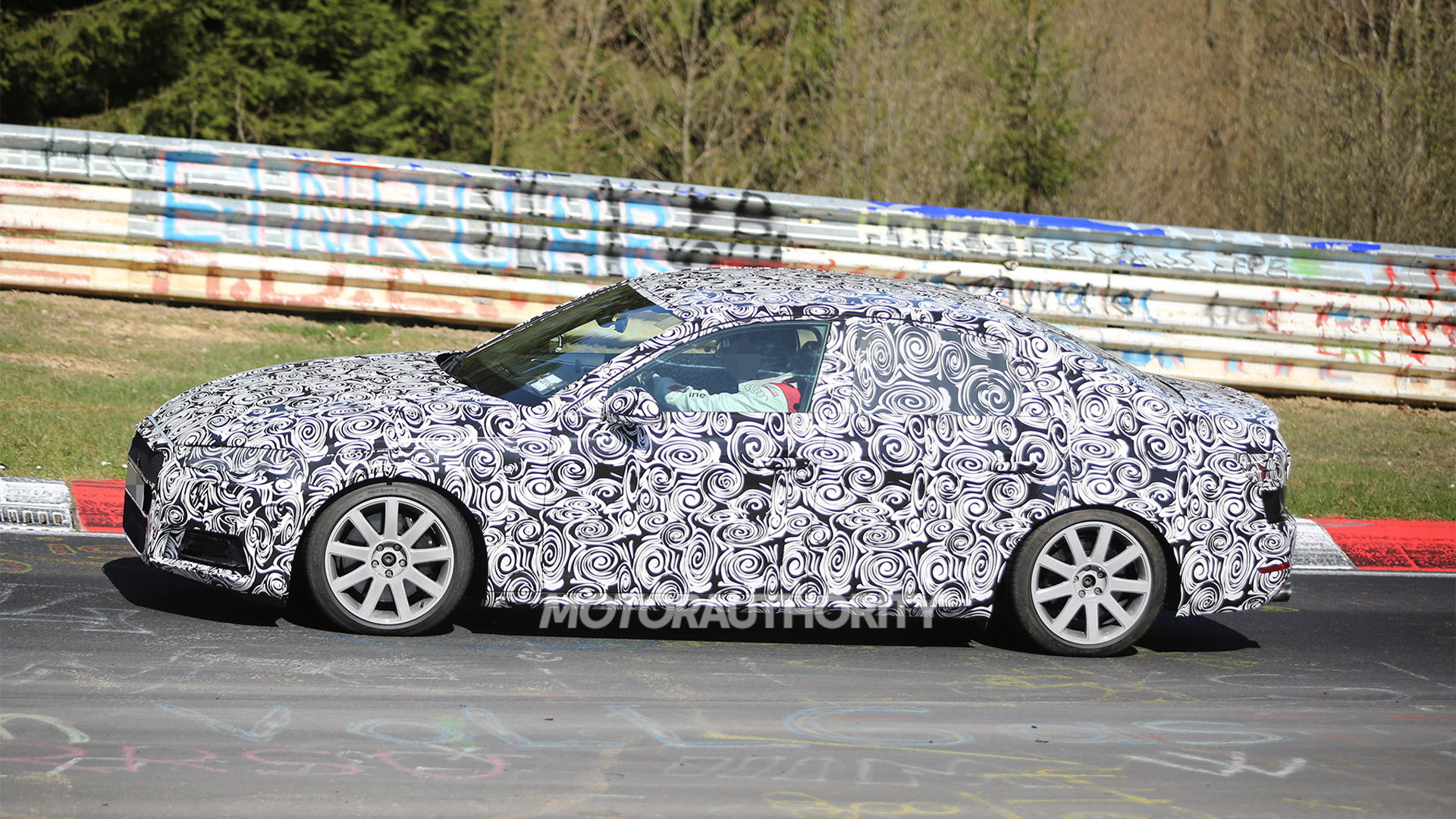 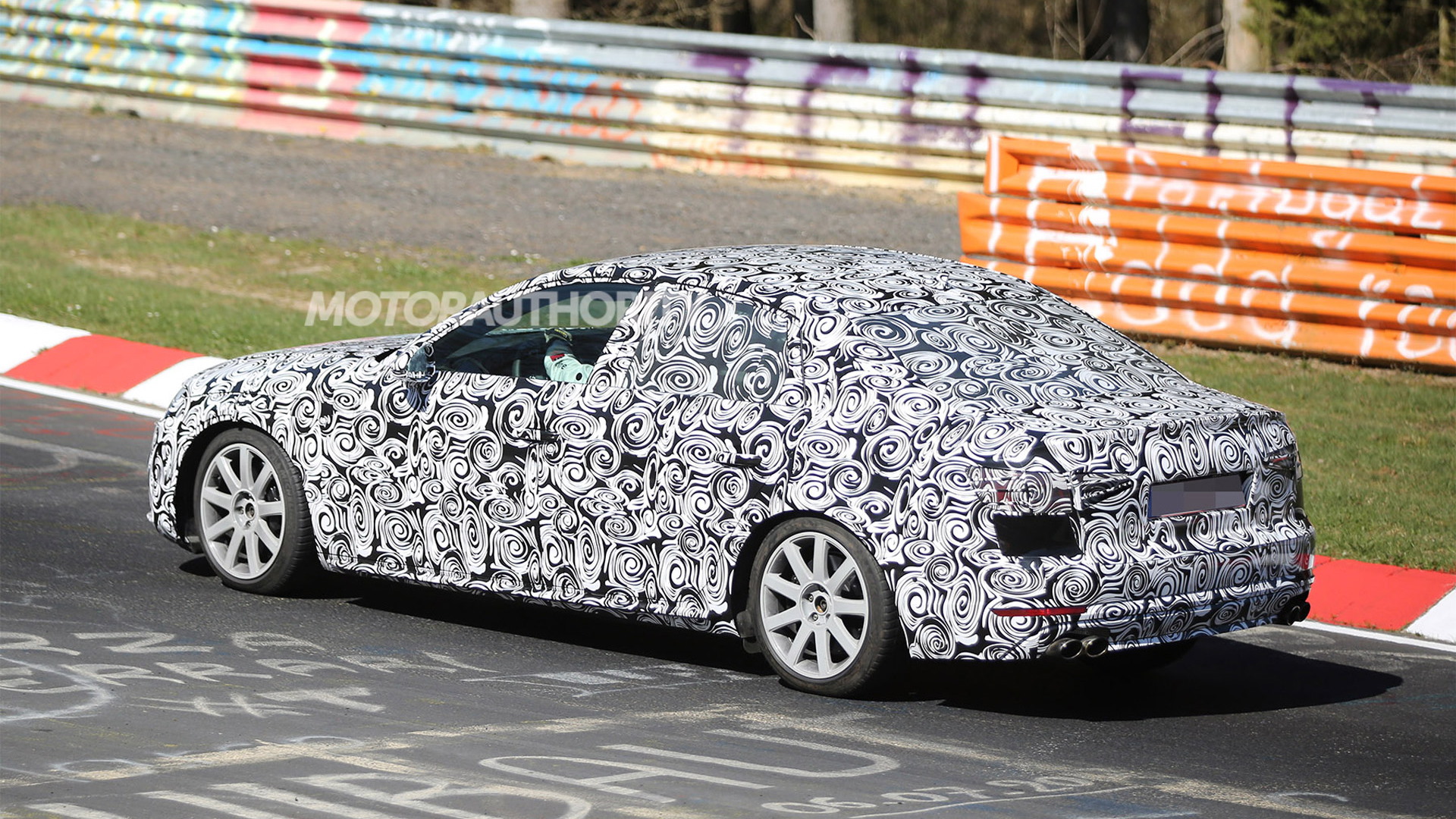 A new generation of the A4 is just around the corner and that means new versions of all the separate variants such as the A4 Avant, A4 Allroad, S4 and RS 4. Today we have spy shots of a prototype for the new S4 taken while it underwent high-speed testing at Germany’s Nürburgring.

The new A4 is set for a debut later this year, most likely at the 2015 Frankfurt Auto Show in September. This S4 variant will likely be revealed sometime next year. While the new A4 should in showrooms by the spring of 2016, we’re not expecting the S4 until the fall of that year, making it a 2017 model.

Audi hasn’t revealed many details on its new A4 but we do know the vehicle will be adopting the latest MLB Evo platform that made its debut in the 2016 Q7 SUV. The platform uses a combination of high-strength steel, aluminum and even some composites to help get weight down, which should result in weight savings of around 200 pounds for the new A4.

For performance variants like the S4, the lighter weight will result in improved dynamics, particularly in areas such as acceleration, braking and handling. Also helping the handling should be a quattro all-wheel-drive system.

Power will most likely come from an uprated version of the supercharged 3.0-liter V-6 found in the current S4, where it rates in at 333 horsepower and 325 pound-feet of torque. Something around 340 hp and 340 lb-ft is possible. Six-speed manual and seven-speed S tronic dual-clutch transmission options should remain on offer.

We may also see a diesel-powered S4 for the first time with this new generation, though don’t expect such a model in the U.S. Another option that the U.S. will likely miss out on is the new S4 Avant. That’s because the A4 Allroad is expected to remain the sole wagon option for A4 buyers in the States.