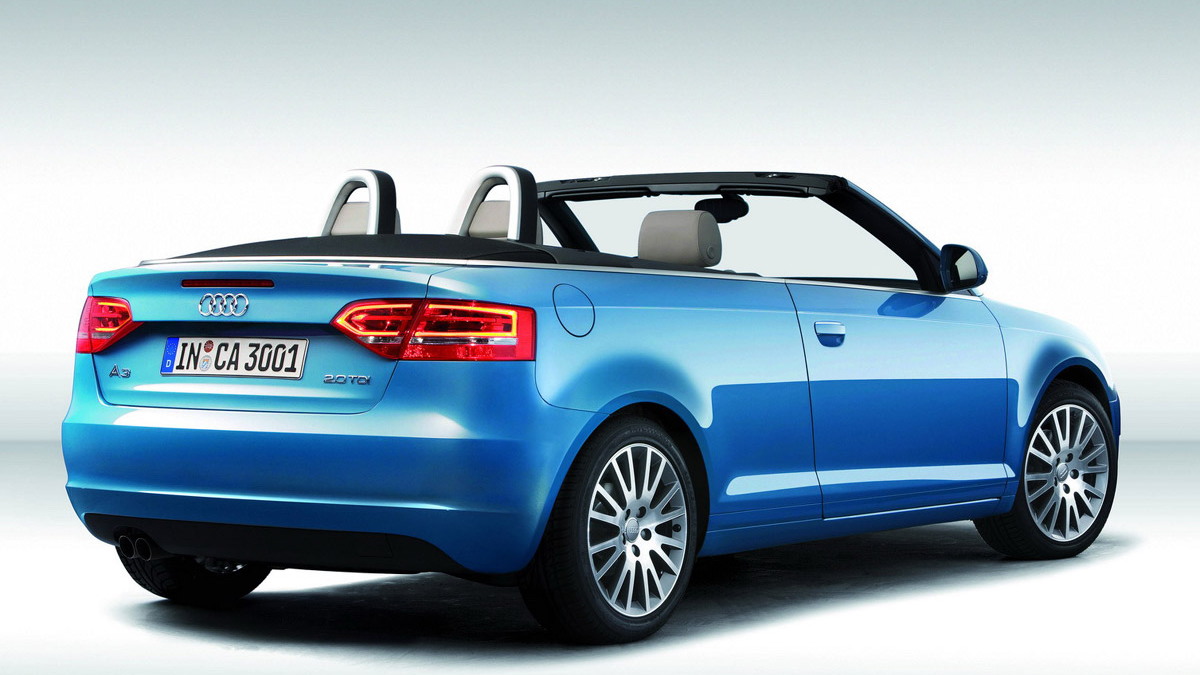 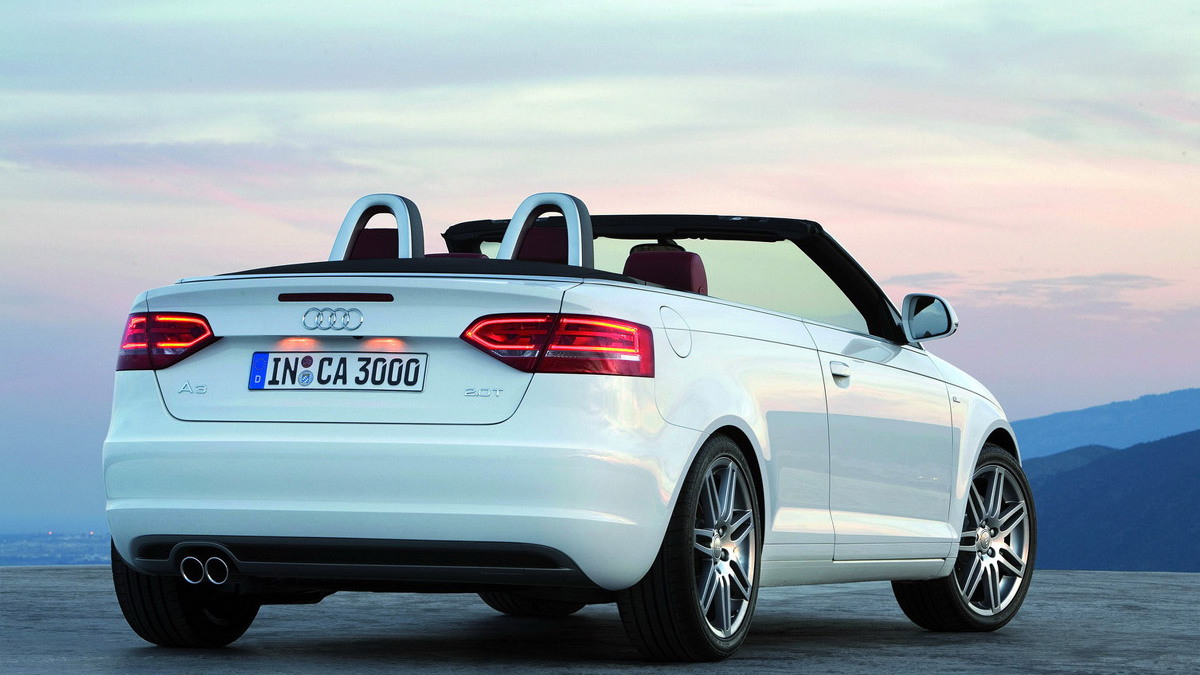 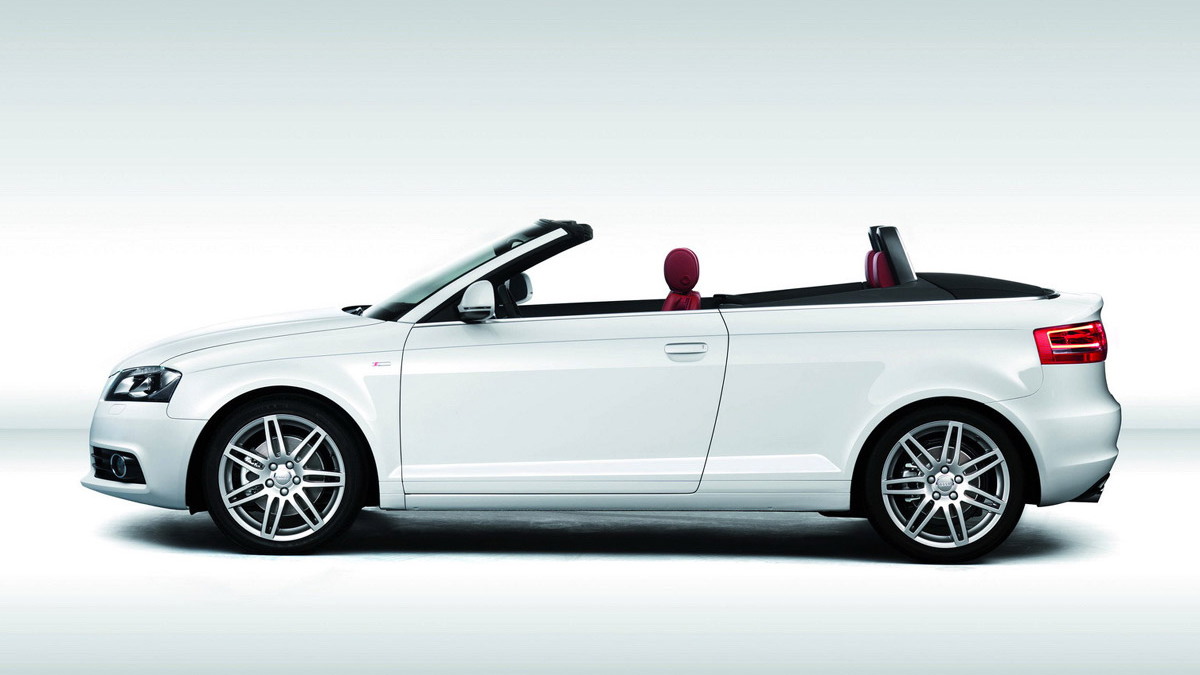 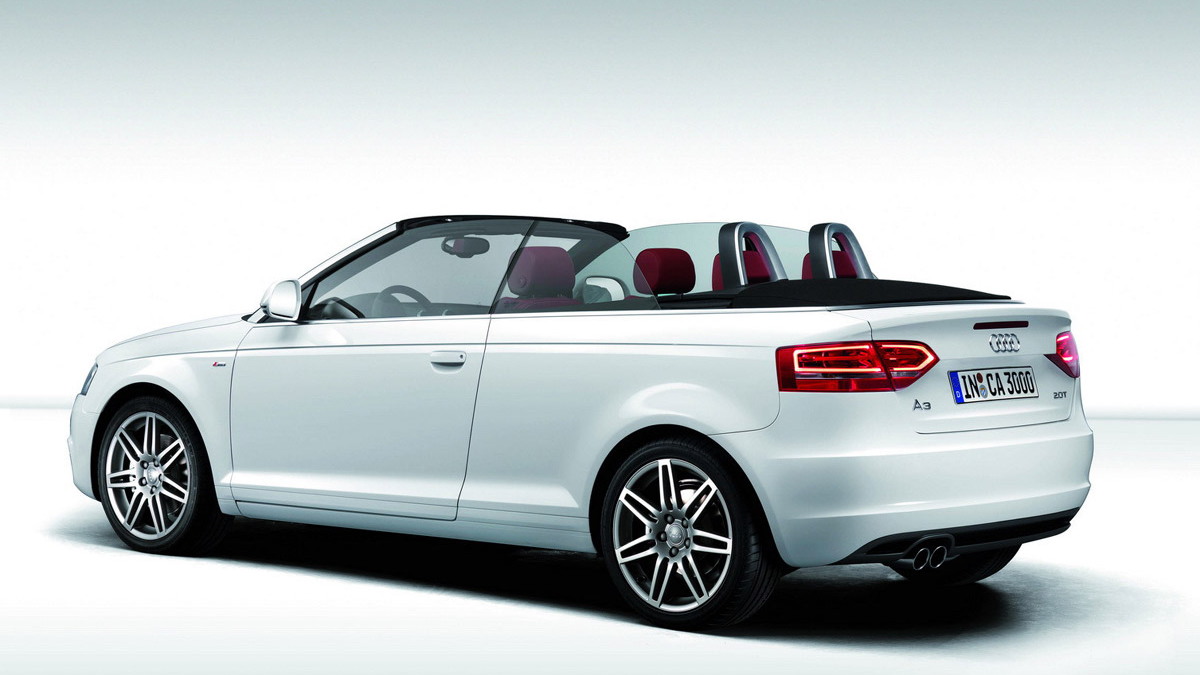 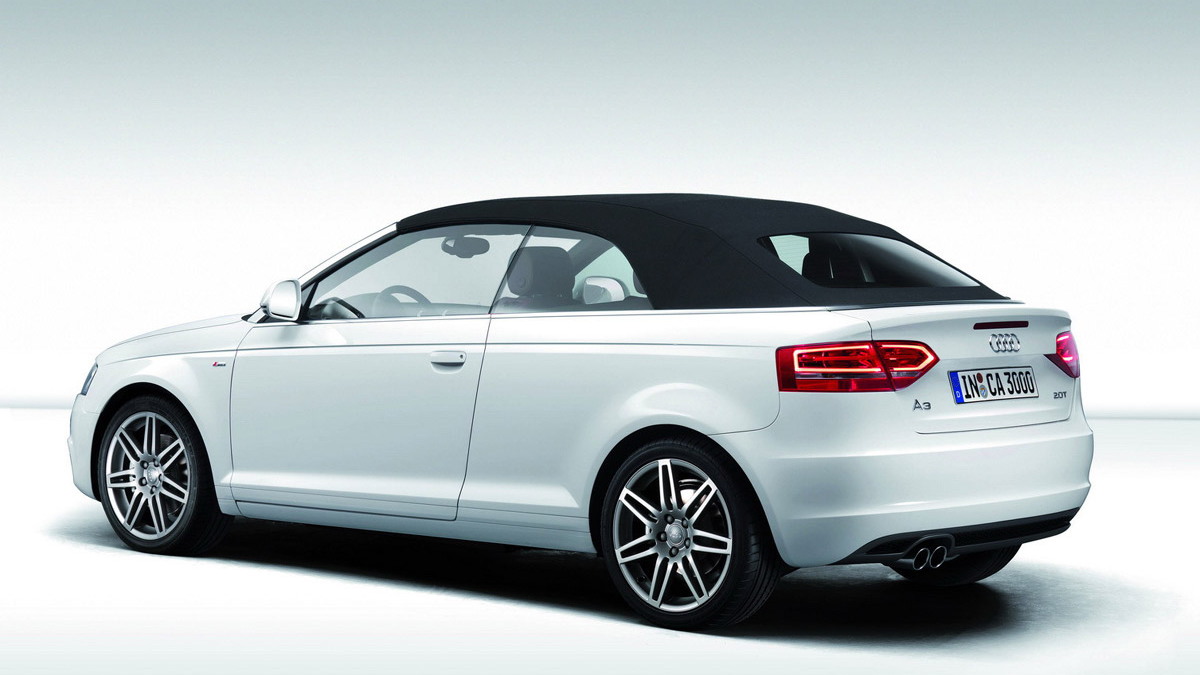 19
photos
Audi has taken the wraps off its all-new A3 Cabrio ahead of its official sales launch planned for February next year. The car comes with a folding fabric top, which opens or closes automatically in just nine seconds. The hood is available in semi-automatic and fully automatic versions, in the latter instance as a specially soundproofed acoustic hood.

The rigidity of the car’s body has been improved with high-strength, ultra-high-strength and hot-formed steels, as well as a large number of reinforcing measures. Inside, there is seating for four, and with the rear seats folded down luggage space increases from 260 to 674L with the hood up or down.

The A3 Cabriolet is being built in four engine versions, two petrol and two TDI. All of them are direct injection units with turbocharging. The performance range extends from 105hp (77kW) to 200hp (147kW).

The car comes standard with 17in wheels and a six-speed manual transmission. Optional extras include larger 18in alloys, an S-tronic automatic transmission, and a sports pack with sports seats and stiffened suspension. An S-line exterior styling pack will also be available.

Audi A3 Cabrio video and gallery