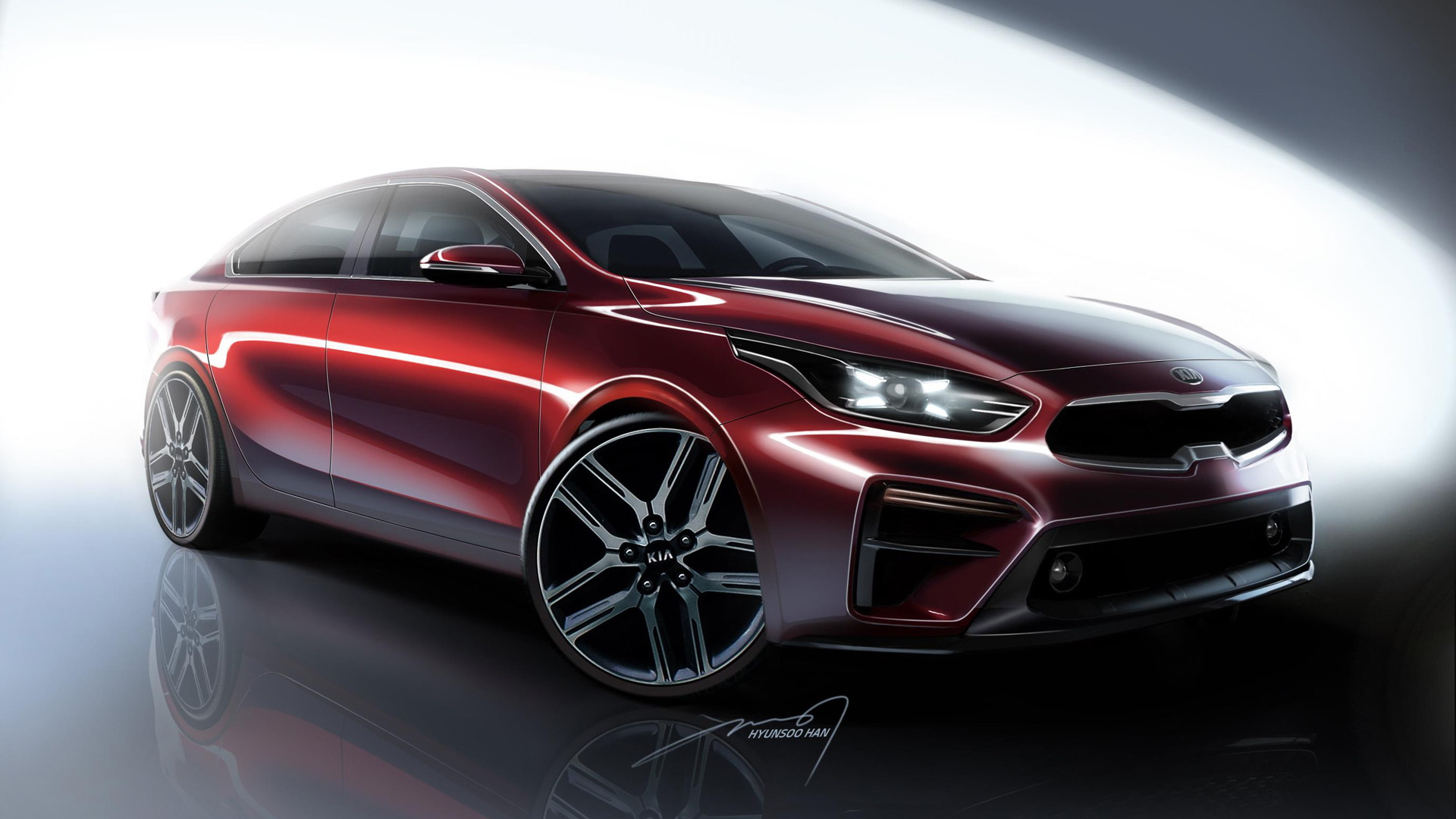 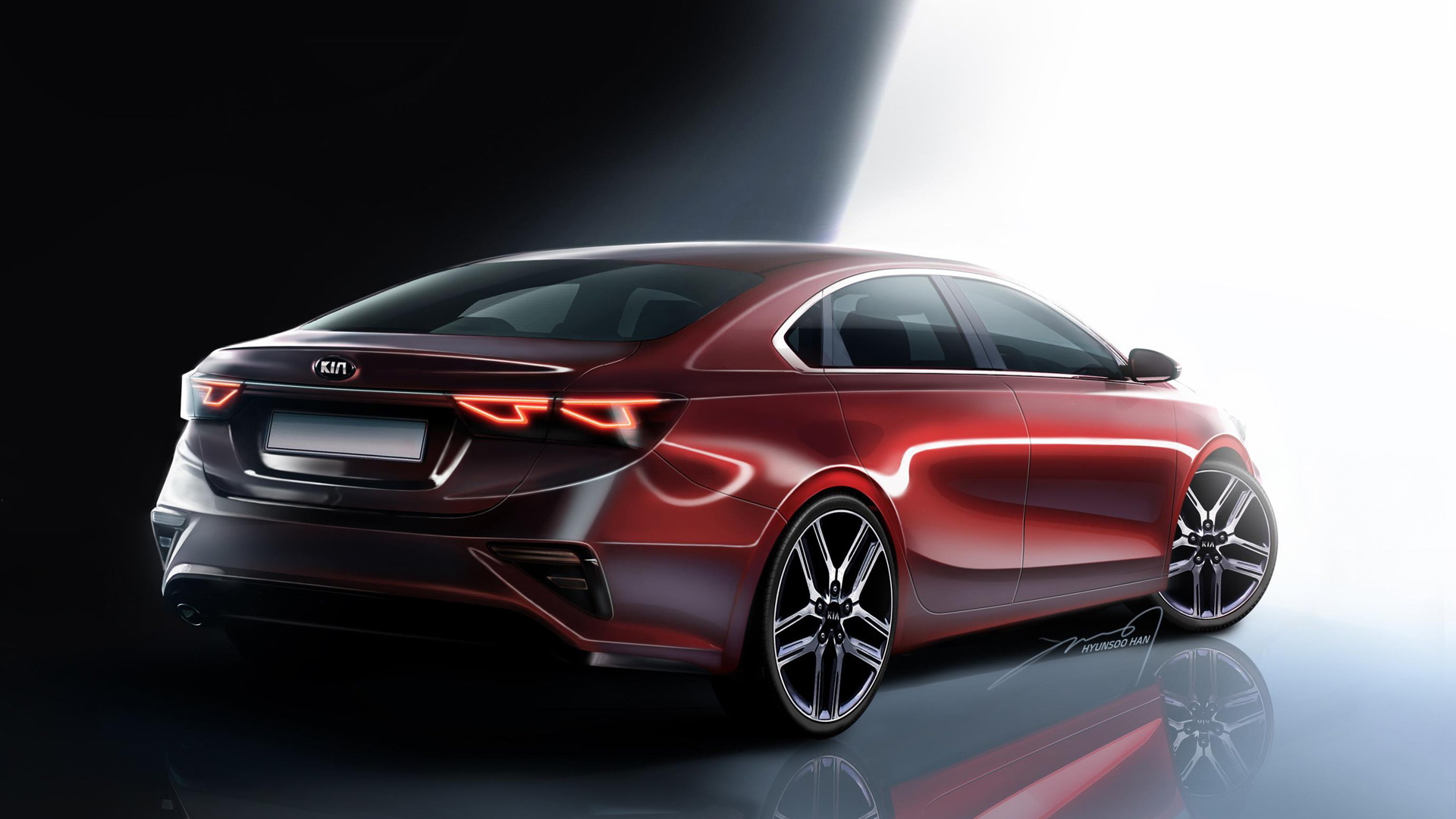 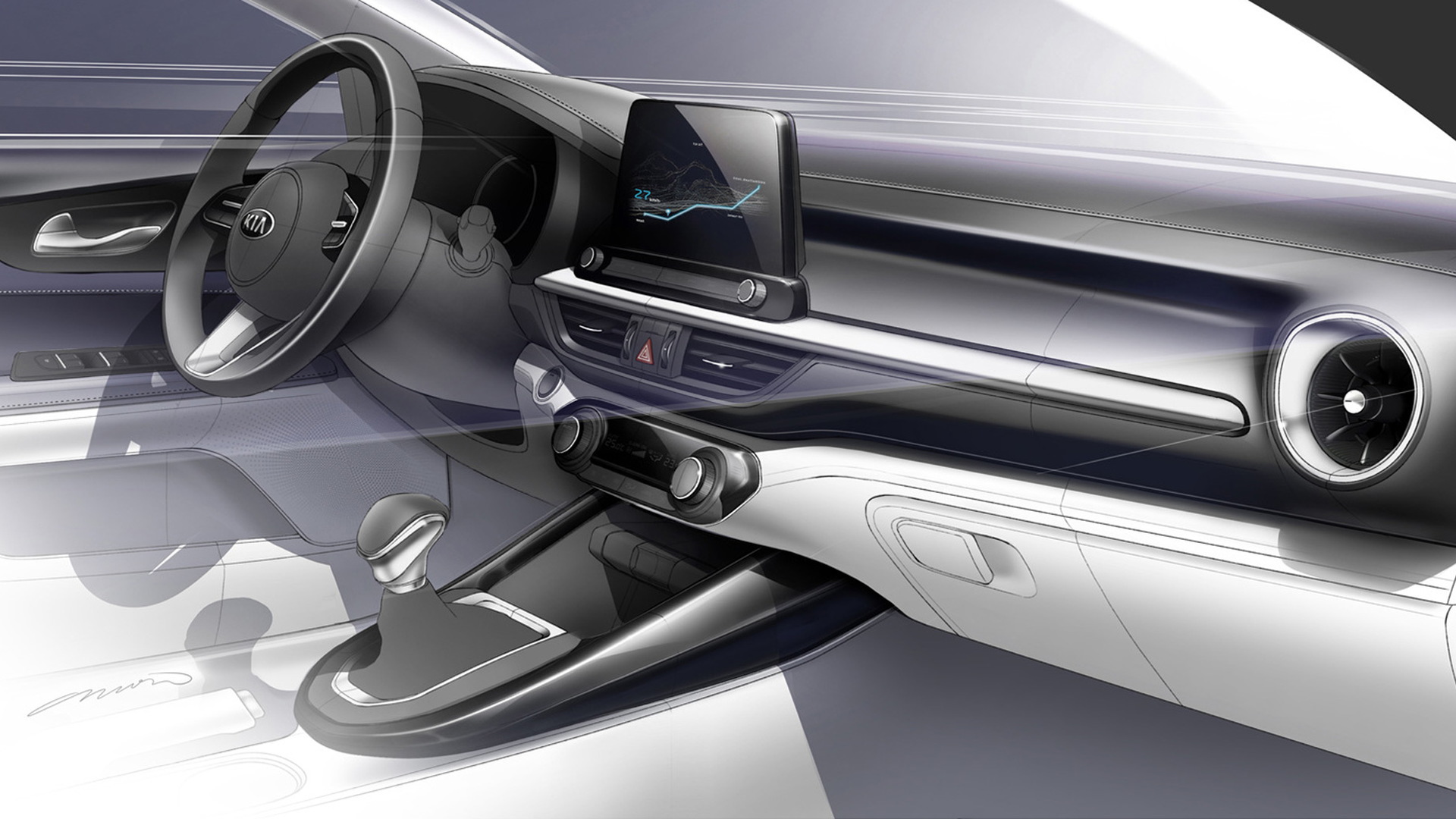 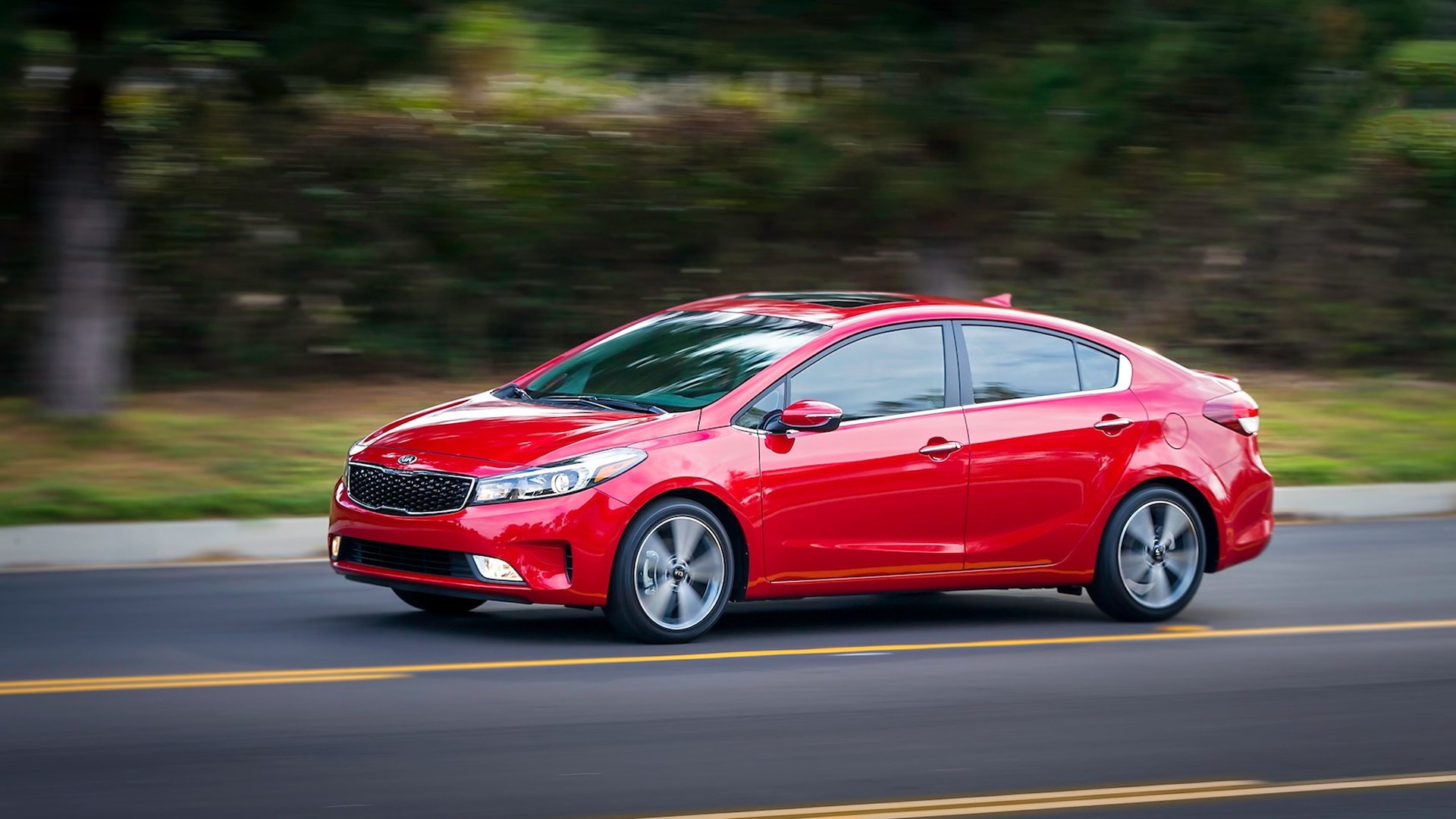 The Kia Forte is a pleasantly styled and attractively priced alternative to the likes of the Honda Civic and Toyota Corolla in the compact segment, though there's nothing really compelling about it.

A redesigned model debuting next week in Detroit at the 2018 North American International Auto Show may address that shortcoming, however.

Teaser shots released by Kia on Thursday for the 2019 Forte hint at a sportier, more aggressive look for the third-generation model. This is evident by the muscular creases in the hood, tapered-back headlights, and large intakes in the front fascia.

Kia also says the 2019 Forte will feature a noticeably swept-back look inspired by the rear-wheel-drive Stinger. This swept-back look will continue at the rear where a horizontal strip will connect the taillights, lending visual width.

Inside, a horizontal theme creates a sense of openness and is combined with clean lines and minimal buttons located below a large infotainment screen. Aeronautically inspired spoked circular vents similar to those found in the Stinger adorn the dash.

The version we'll see in Detroit will be the sedan but a hatchback body style should arrive by the time the 2019 Forte reaches showrooms later this year. There won't be a repeat of the 2-door Forte Koup as the body style was dropped at the end of 2016.

No word yet on the powertrains but the current Forte comes exclusively with inline-4 engines, including a turbocharged unit in the Forte hatchback. The turbo engine is mated to an available 7-speed dual-clutch transmission and delivers 201 horsepower.

The North American International Auto Show starts January 15. To learn about additional vehicles appearing at the show, head to our dedicated hub.