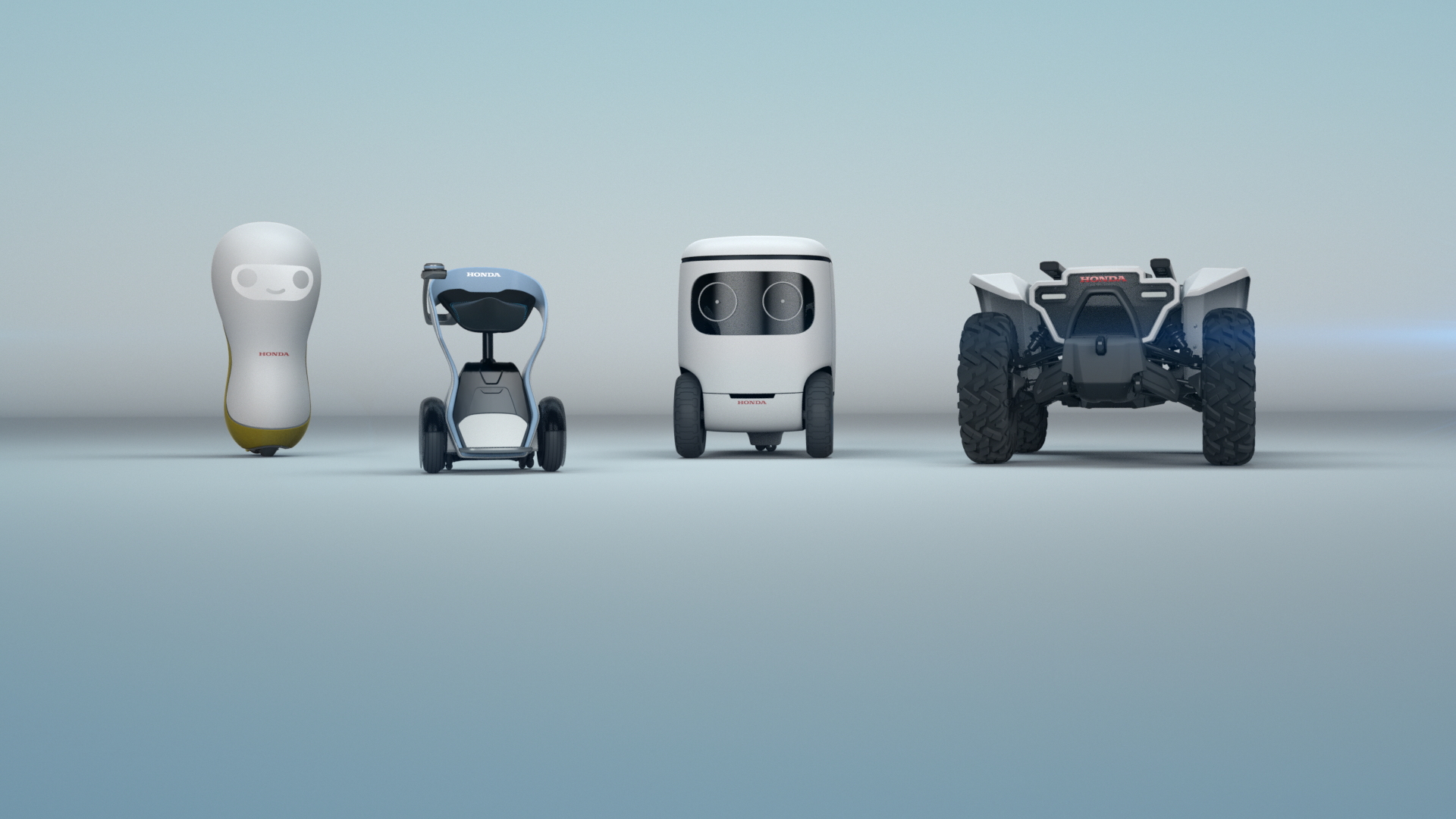 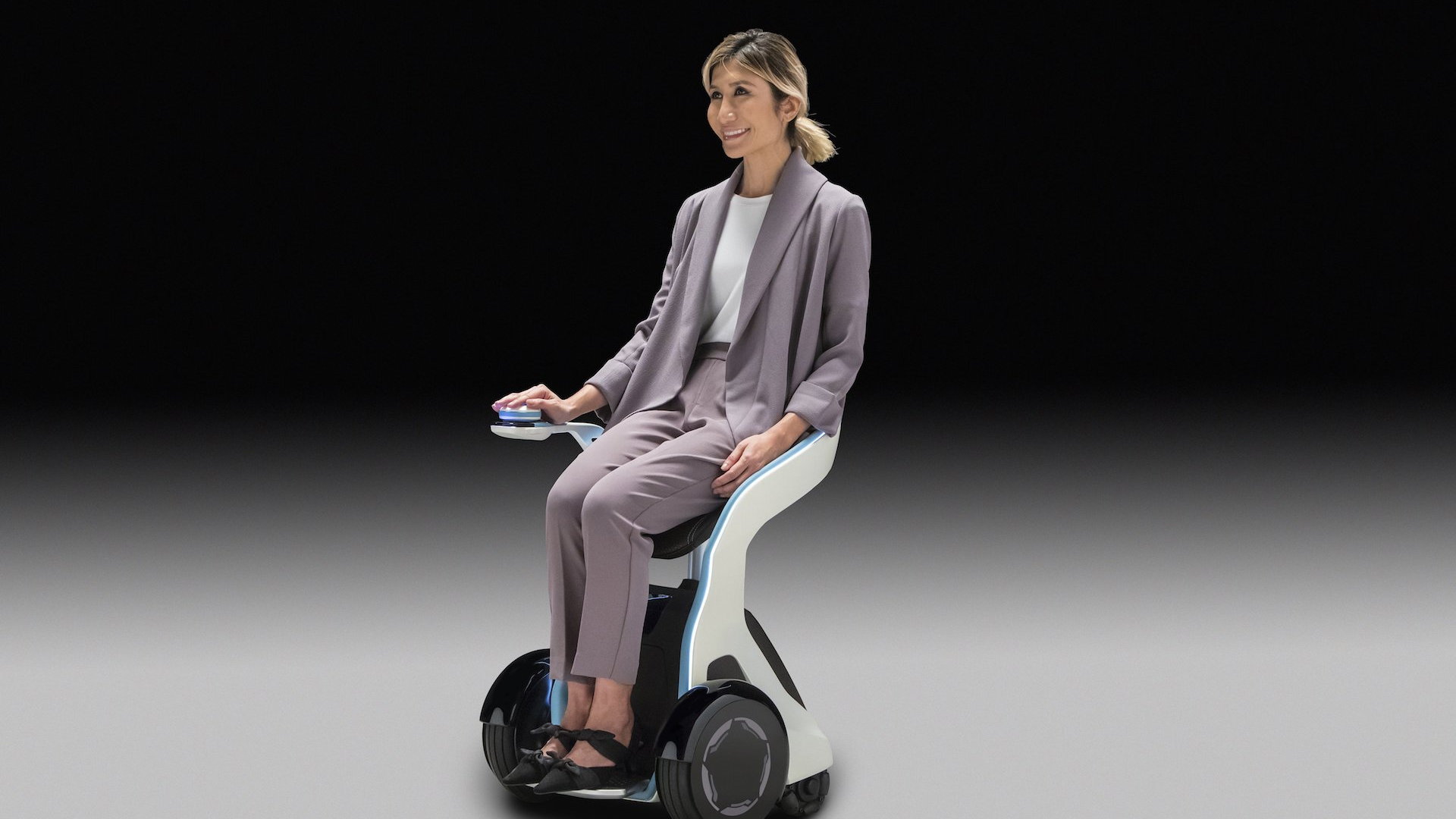 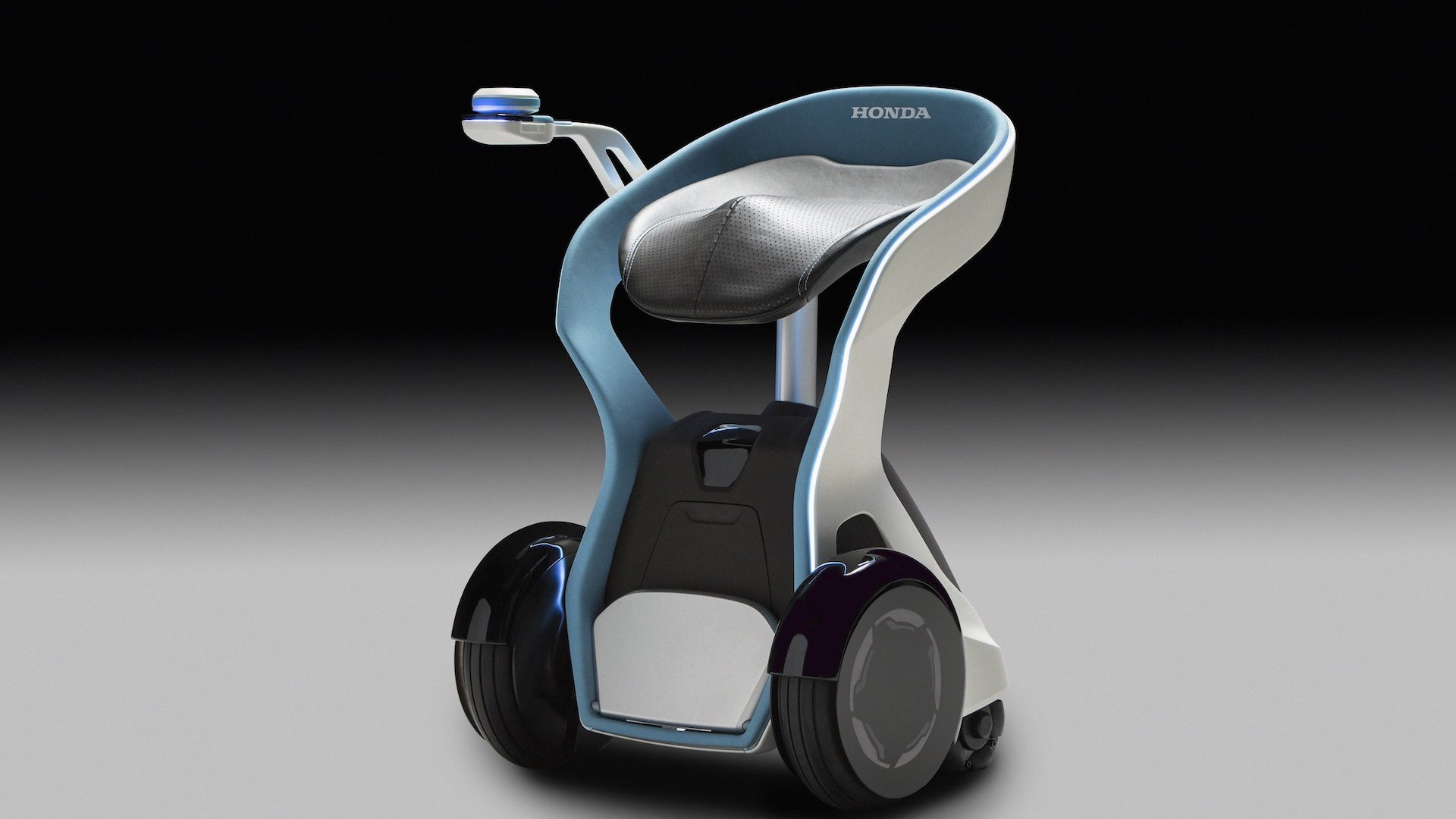 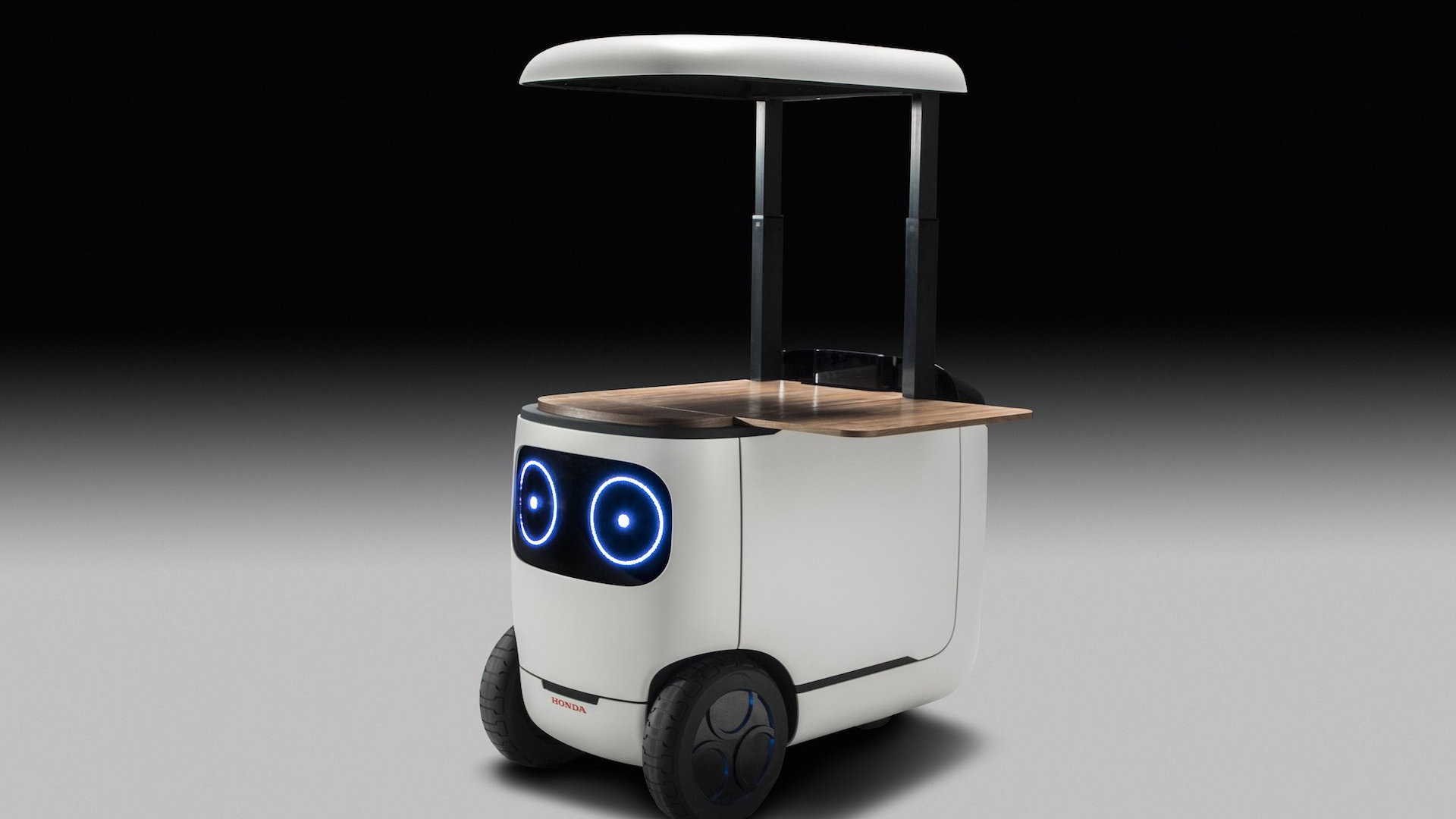 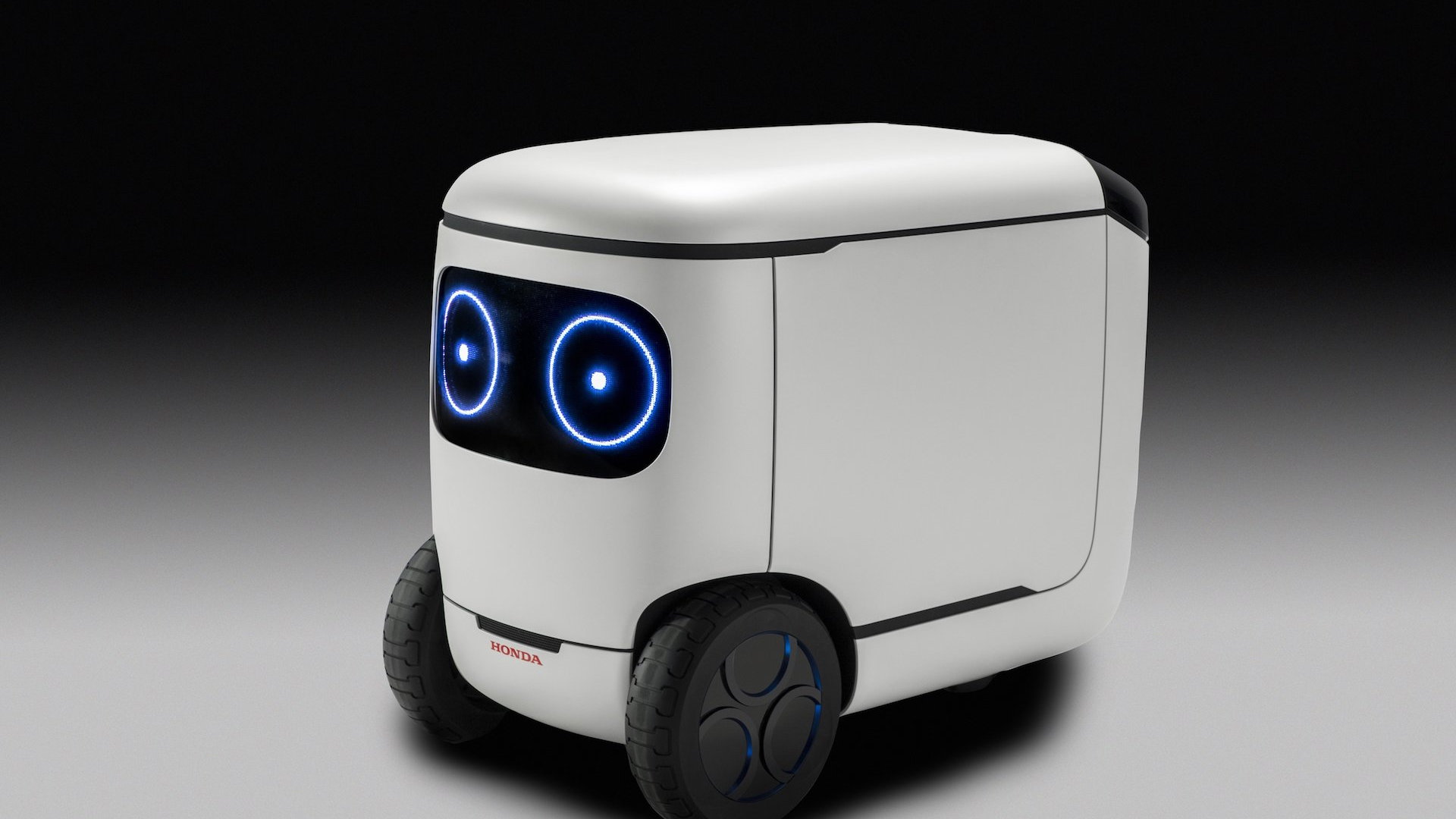 Move over, Asimo, because Honda has four new robots it wants the world to get acquainted with. Meet 3E-A18, 3E-B18, 3E-C18, and 3E-D18, and each falls under one of Honda's core robotic pillars of purpose and serves a specific function.

The four robots made their debut at the 2018 Consumer Electronics Show in Las Vegas. The 3E prefix denotes the three core principles of Honda robotics: empower, experience, and empathy. The company's first two concepts fall under the "empower" pillar and they are the D18 and C18.

D18 is an autonomous ATV that Honda calls an off-road workhorse. The robot can help in a variety of manners, but Honda envisions D18 will be best fit for search and rescue missions, firefighting, and even agricultural duties. Honda says it can be outfitted with a variety of attachments to accomplish those duties, as well as many others.

B18—a far cry from the staple DOHC VTEC engine found in a variety of Honda and Acura cars from the 1990s and early 2000s—is more of a personal mobility robot than a rugged solution. The robot is designed for casual operation indoors and out, per Honda, and it can potentially support users as a cart, stroller, or wheelchair of sorts. After all, Honda says it embodies the empower principle. It also features a special function to keep the seat level in all scenarios, such as uphill mobility.

Moving right along to the "experience" pillar, C18 is a small-sized electric robot that represents the idea of people and robots growing and interacting together to create a more productive society. C18 is a mobile platform that can quickly become, for example, a cart stand to sell merchandise. The onboard artificial intelligence (AI) system can also interact with humans and it learns by observing its surroundings. In the future, the ice cream man's cart could talk to the customer, whether you like that idea or not.

Finally, A18 is Honda's "empathy" robot. The most intriguing, and perhaps creepy, of the bunch is able to understand and empathize with humans. A18 can communicate and cooperate with humans in a range of activities. Its differentiator is the ability to understand frustration or other emotions to provide a personalized response that includes understandable facial expressions. Honda said it could one day be an airport guide, give directions, and help with daily activities. Honda also wants humans to seek A18 out for comfort and, yes, even give it a hug. The robot's outer construction is made of soft skin material.

Many of the robots, make use of Honda's Mobile Power Pack, which is removable and swappable, so the robots wouldn't be out of commission for long. The pack can power the robots, electric cars, or even provide power in emergency situations. Honda also displayed the PCX Electric scooter to showcase the Mobile Power Pack's simplicity.