I live in Ohio, specifically, Northeast Ohio. It's not easy to find nice things in this part of the country. That should be all you need to know about why I didn't start looking for cars in my home state—salty roads mean rusty cars. It's a shame.

I was stupid a few years ago and sold my all-original 1993 Honda Prelude VTEC to instead pick up a 2001 Honda Prelude, only to sell the 2001 a year later. I needed something more reliable and practical, I told myself. So, I bought a 2017 Toyota 86. My logic is all sorts of flawed sometimes.

After a bit of buyer's remorse, I knew deep down I missed my Hondas too much. One evening, I decided to begin the hunt. There was one car (of many) that had not been checked out of my potential ownership list yet: an Acura Integra GS-R. It would be a compliment to my second fun car, a 2016 Chevrolet SS.

If you know anything about older Hondas and Acuras here in the United States, you know they fell victim to "Fast and Furious" syndrome—kids bought them, modified them to outrageous standards and beat them to a pulp. I'm picky, and I certainly didn't want someone else's modifications. So, not only did I set out to buy a pretty hard-to-find car, I wanted a stock one, or at least as bone stock as I could find. 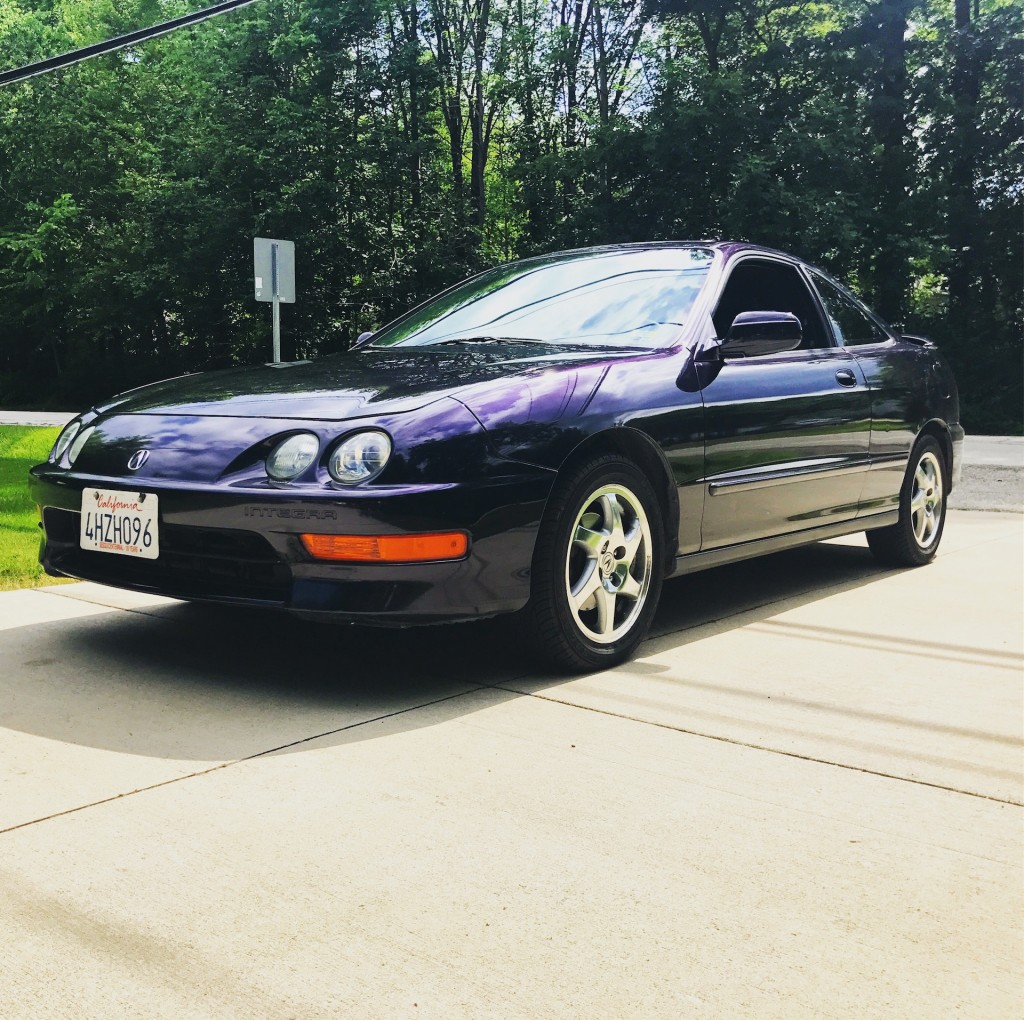 Florida was my first stop on Craigslist, though it turned up nothing. I continued looking south to keep it as close to home as possible. Of all places, a white, stock 1999 Integra GS-R showed up in Chicago, Illinois. Frantically, I texted the seller—someone was already on the way to see the car. An hour later, it was sold. This was way more difficult than I thought it was going to be.

I then turned to California, the capital of rust free cars. Fortunately, I also have a good friend local to Southern California who agreed to assist in the process. Days later, it showed up; a 2000 Acura Integra GS-R finished in Deep Violet Purple and with zero modifications surfaced for sale. It seemed too good to be true.

But, it was real. Very real. My friend ever so kindly met the seller to comb over the car: original miles, zero rust, no oil leaks, and a clean CarFax. Just a few bumps, scuffs, and bruises. All it needed was some love, and I was ready to provide it.

In hindsight, I was naive about the process. This wasn't about to be a typical click, send, meet, greet, cash, title process. I was thousands of miles away. But, after agreeing on a purchase price, it was sold and I was ecstatic. I put the funds together, and a wire transfer later, my good friend agreed to act on my behalf and complete the deal. I had a car. 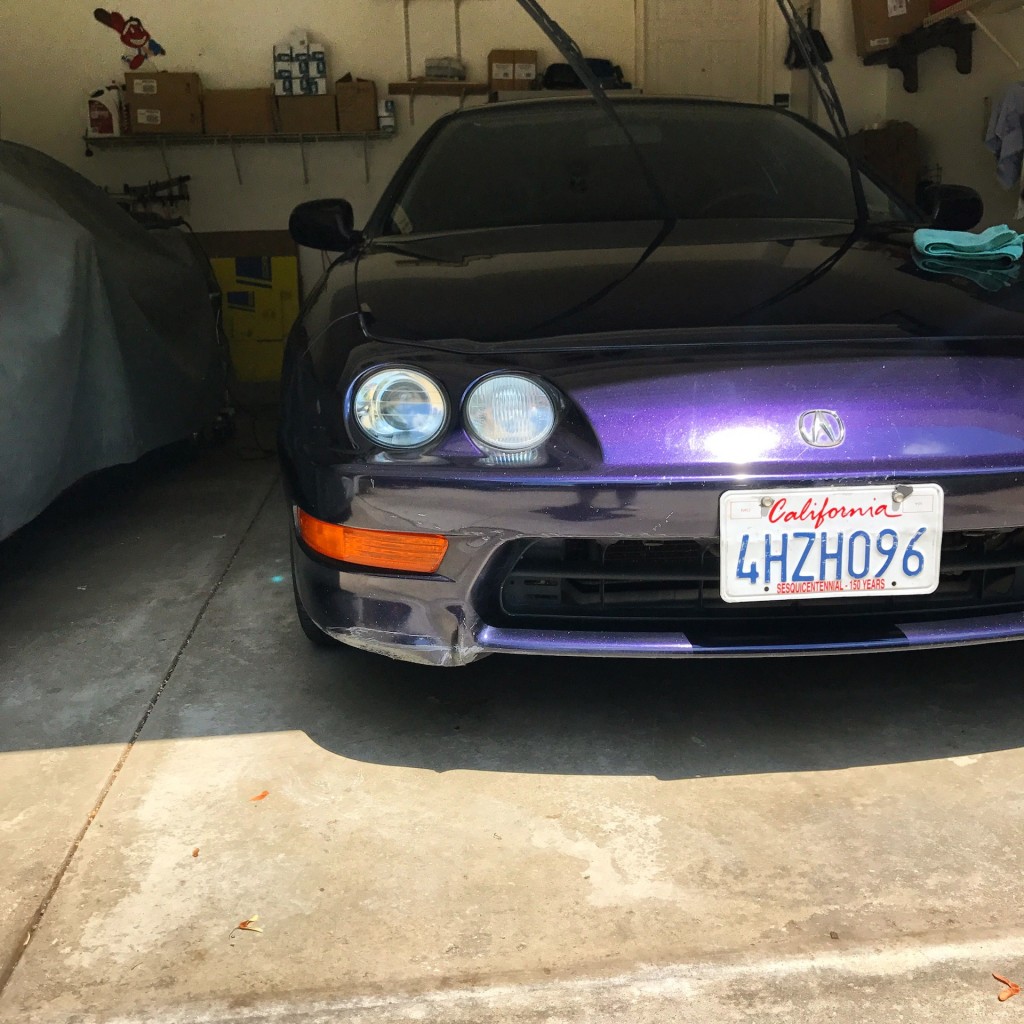 There aren't actually "truck companies" to call for typical auto shipping. Instead, brokers compete for your business in a flurry of phone calls, text messages, emails, and I bet they'd send a telegram if they actually could.

Additionally, everyone seems to have just as many positive reviews as they do negative ones, which made me the biggest skeptic in the world as I chose a company to haul my precious cargo.

Eventually, I settled on a company with good ratings and a fair transport price and my order was booked by an employee by the name of Sam. The company shall remain nameless since I was neither satisfied, nor dissatisfied with their service. Many times I'd call for a status on where my vehicle was and either the company's phone lines were of the poorest quality, or they definitely hung up on me—three times. After receiving the truck driver's information—or who I thought was the truck driver—he also identified himself as Sam. Weird. Turns out, he was the dispatcher for my truck driver.

So, I called the company back, was hung up on once more,  and finally got through to ask for the direct number of the truck driver. After receiving it, I gave him a quick ring. Guess what? His name was also Sam. By this point, I began to panic, thinking I'd been duped and my car is off to a chop shop with Triple Sam behind the wheel. It seemed way too coincidental. A day later, neither the company, dispatch, or truck driver were answering my phone calls.

Later in the day, I was finally contacted by "dispatch Sam" who said my car would be arriving later in the evening. Thankfully, this was all true and I was not being duped; my 2000 Integra GS-R was unloaded in front of me safe and sound. It was really dirty after its trek, but safe.

So, why did I just tell you all of this? To prepare any other dreamers out there looking for their ideal car. I won't lie, it was not an easy task. The seller once tried to sell the car from under me, insisted on changing meet times with my friend to purchase the car while I'm three time zones away, and the transportation aspect turned out to be one big stress. Though, in the end, I am happy.

Don't be afraid of distance when it comes to bringing home your dream car, but do prepare yourself accordingly. Thoroughly investigate transportation companies, ask questions, be a little pesky—much of the process rested on my organization and timeliness to ensure things went as smoothly as possible.

This was my experience, but your mileage, ultimately, may vary.