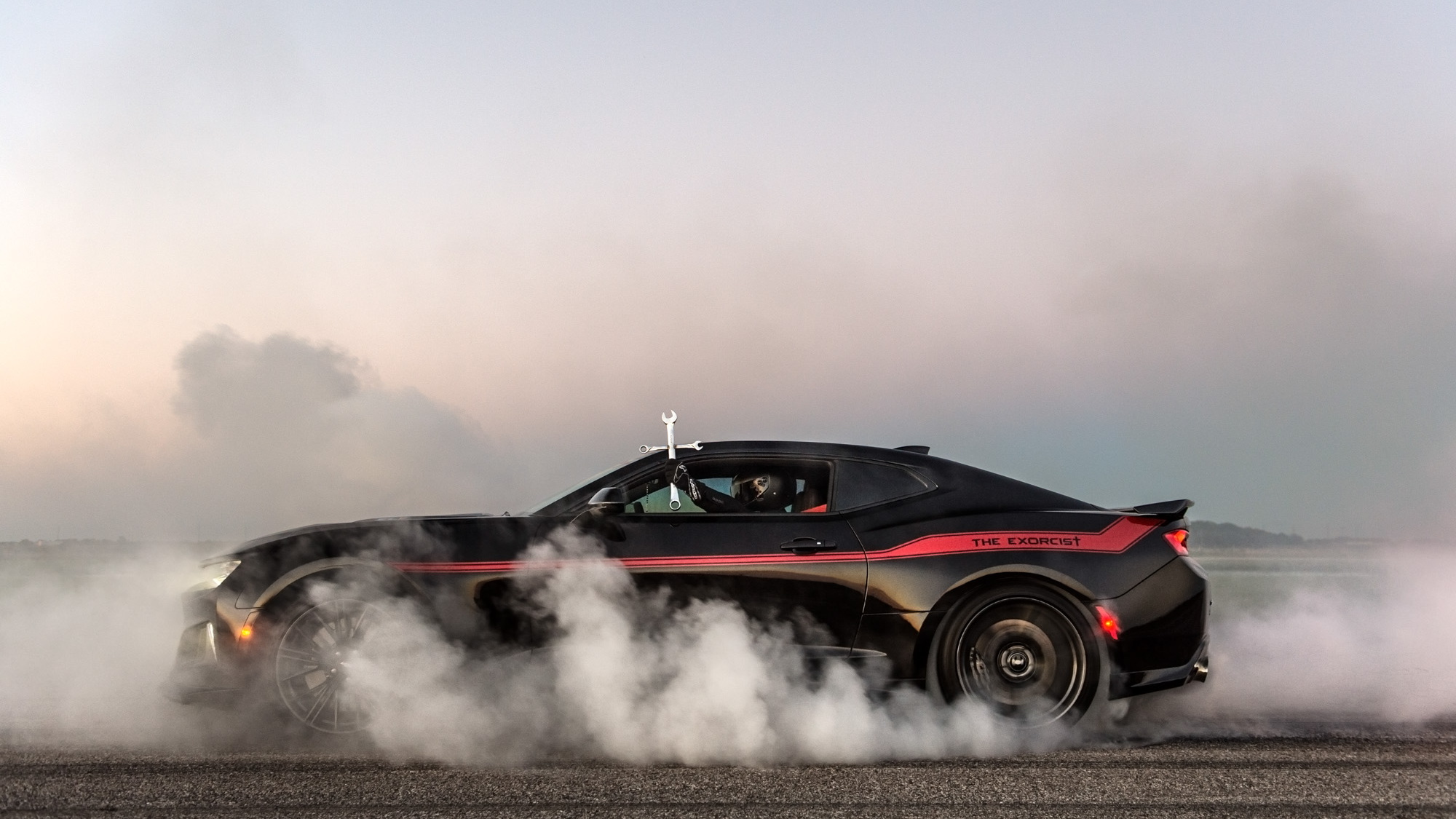 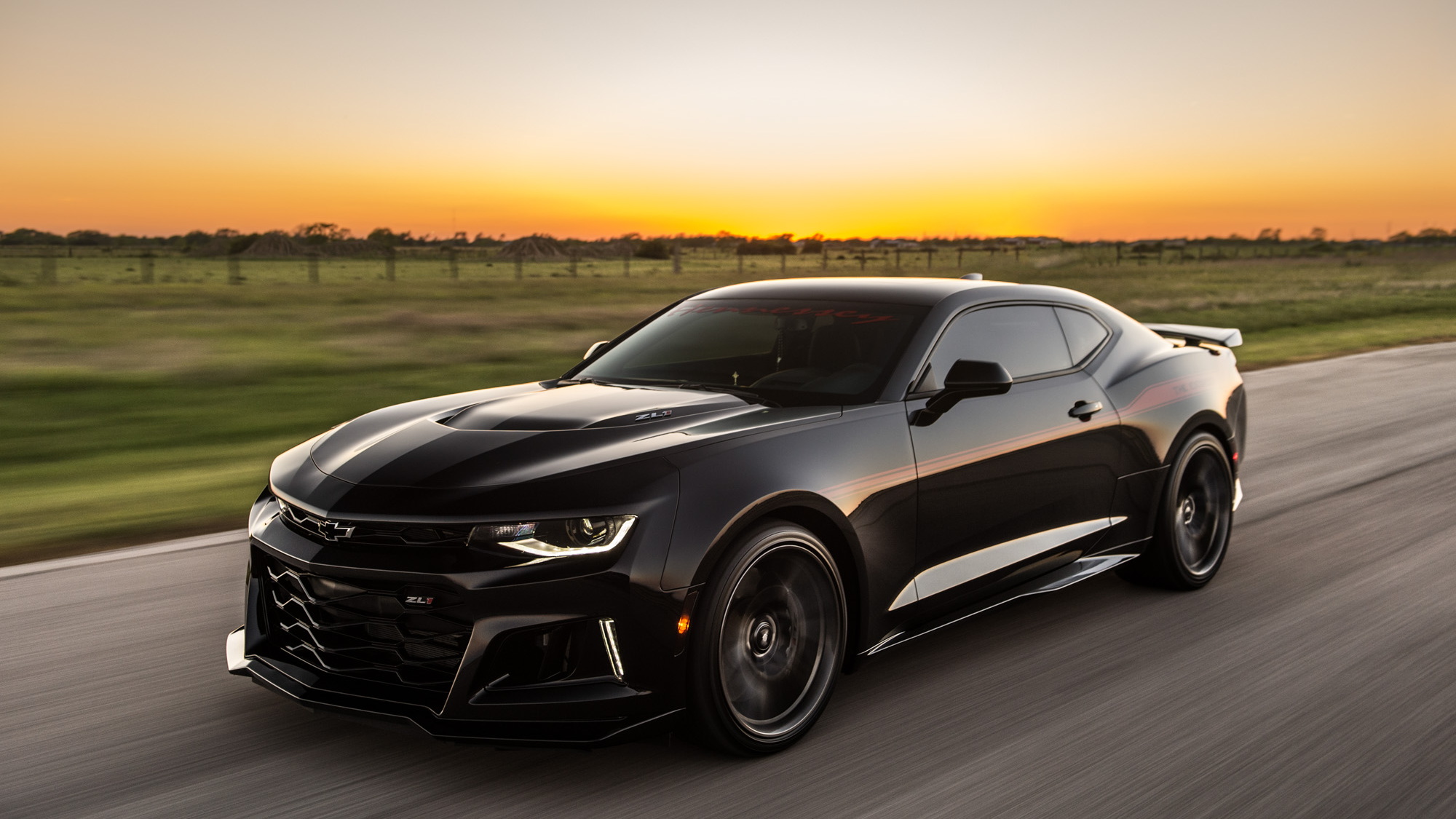 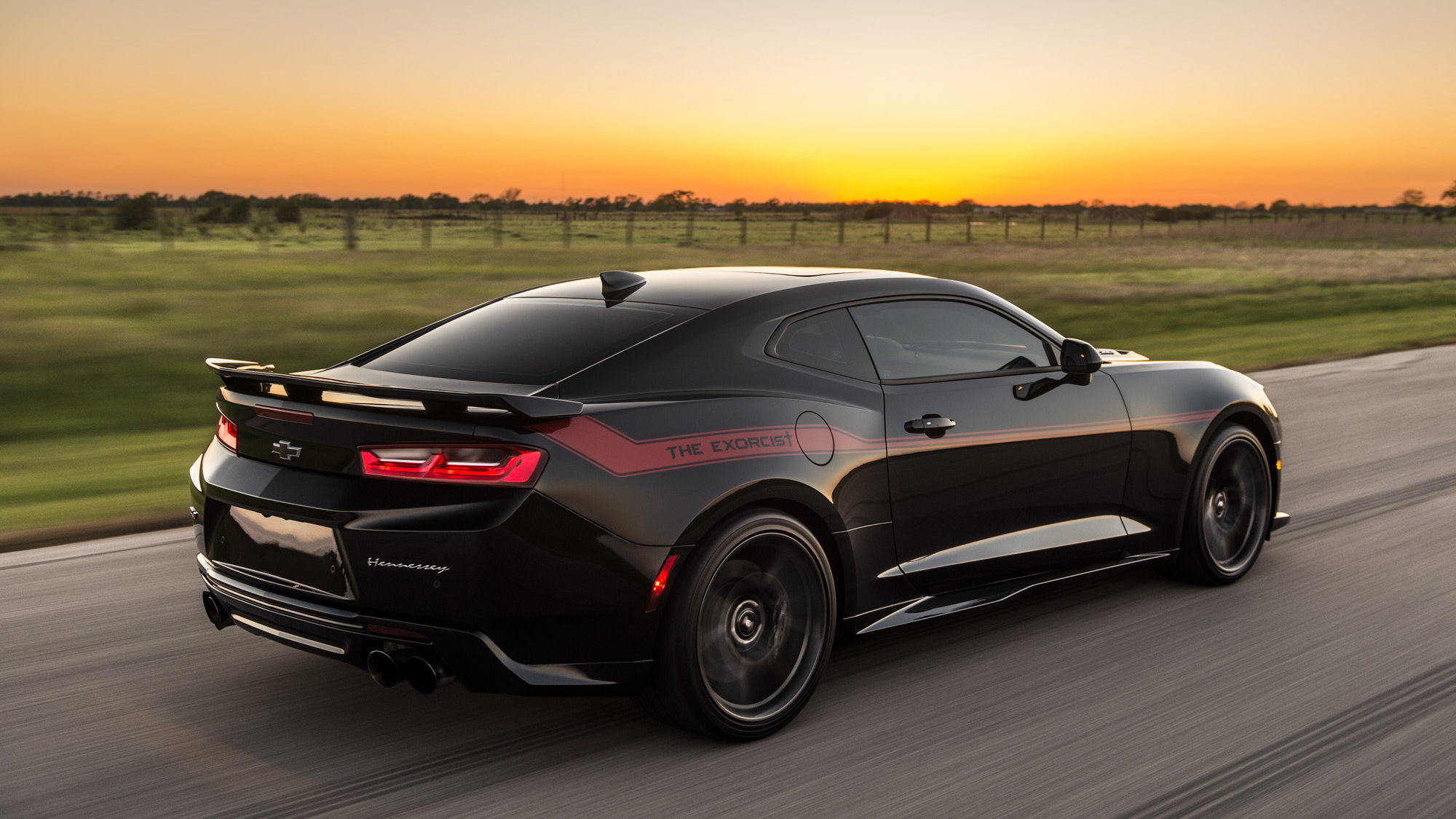 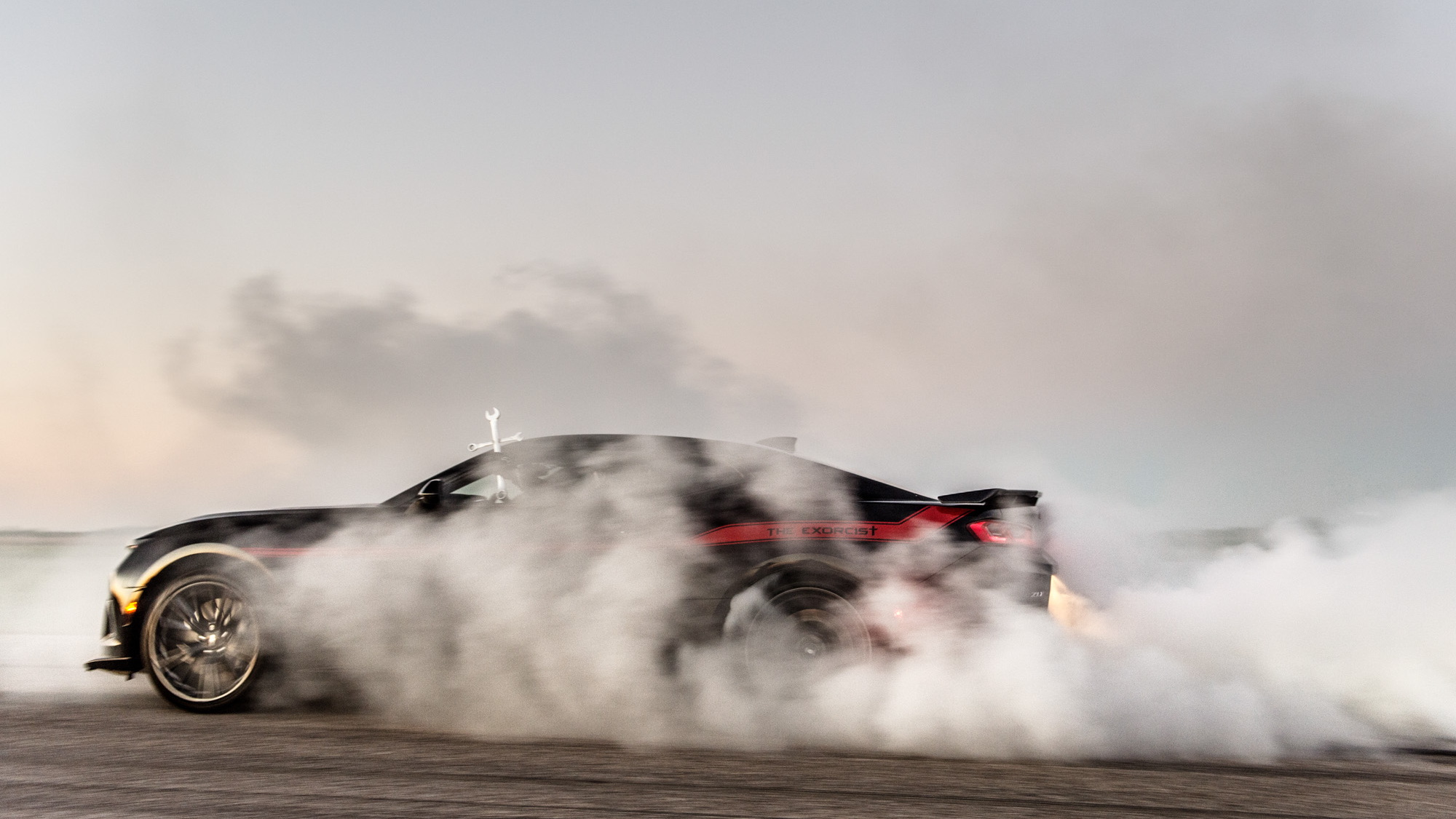 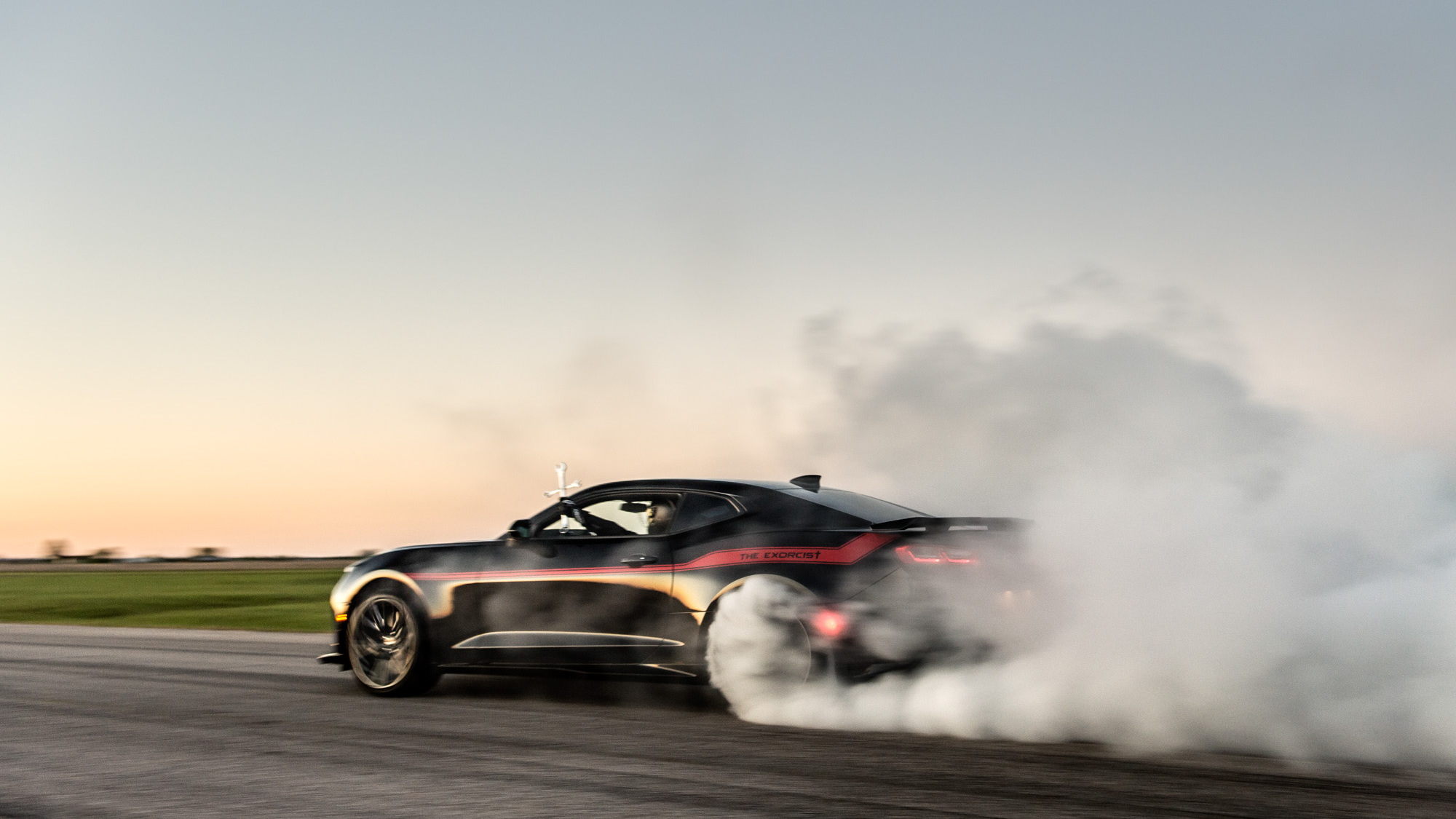 The term "muscle car" doesn't begin to describe what the Chevrolet Exorcist Camaro ZL1 is capable of. With 1,000 horsepower—959 hp at the rear wheels—the Exorcist Camaro should even give the 2018 Dodge Challenger SRT Demon a run for its money.

So, how can you buy one? John Hennessey of Hennessey Performance Engineering is here to tell us just that. Rather than simply talking about the order process, Hennessey decided to discuss it during a test drive of the first production Exorcist Camaro ZL1. Foremost, if an interested buyer already owns a 2017 Chevrolet Camaro ZL1, it's simple. Ship the car to HPE and the process takes about eight to twelve weeks. After that, slay demons to one's heart content.

If a buyer doesn't own a Camaro ZL1 currently, that's not a problem either. HPE will put buyers in touch with recommended dealers to purchase a new Camaro ZL1. From there, the car will be dropped off at Hennessey from the factory and the process will begin. HPE will also be more than happy to help buyers spec their factory Camaro ZL1s appropriately. Mr. Hennessey prefers the 10-speed automatic himself, but a 6-speed manual transmission is also an option.

HPE charges $55,000 for the Exorcist package with a few additional options, which means a Camaro ZL1 is now into the six figures. But, six figures nets you a four-digit horsepower rating and that's a price many will certainly pay. Be sure to stick around for the 3:15 mark when Hennessey punches the Exorcist—the noises the car makes will likely sell a couple in itself.