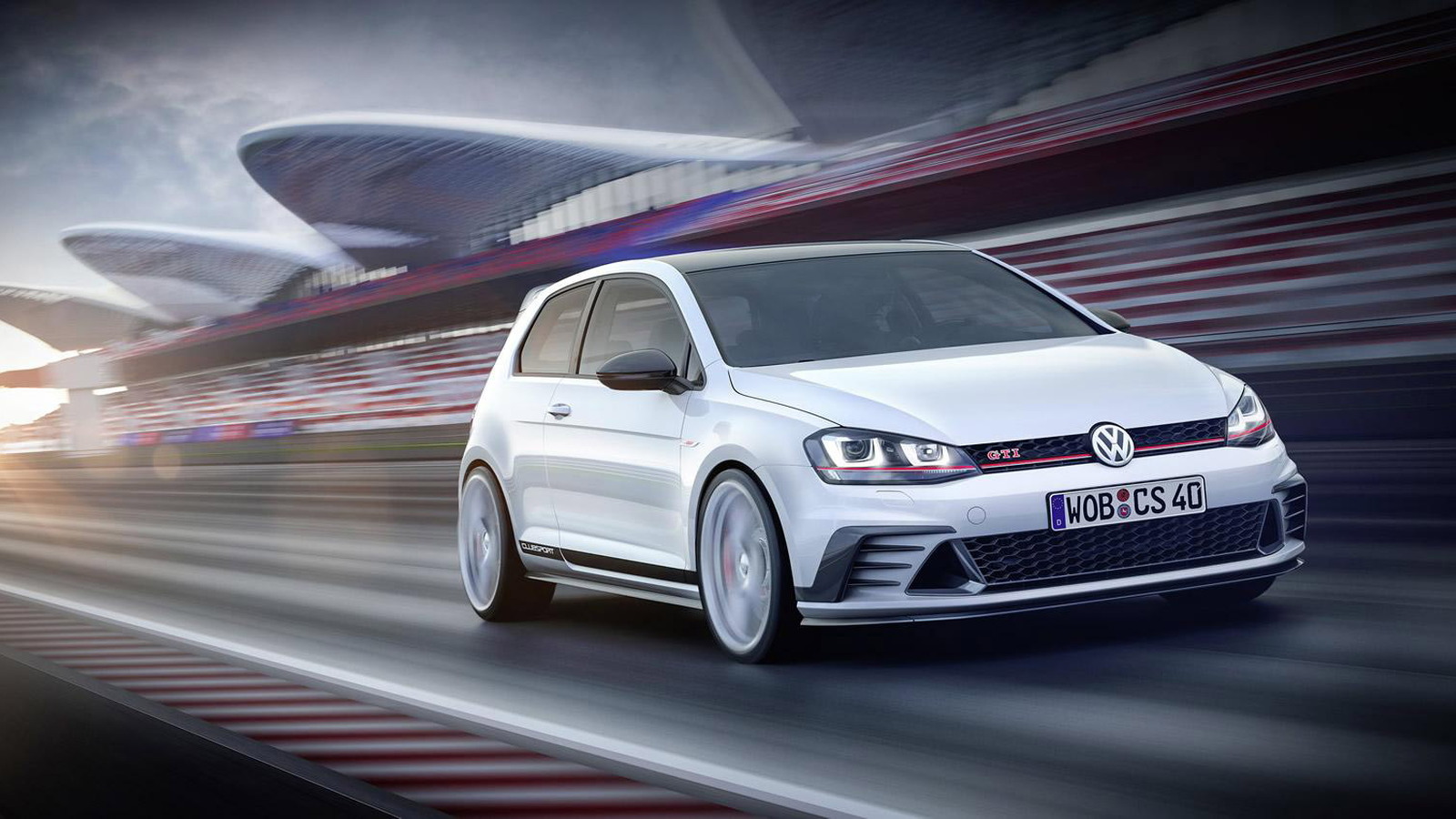 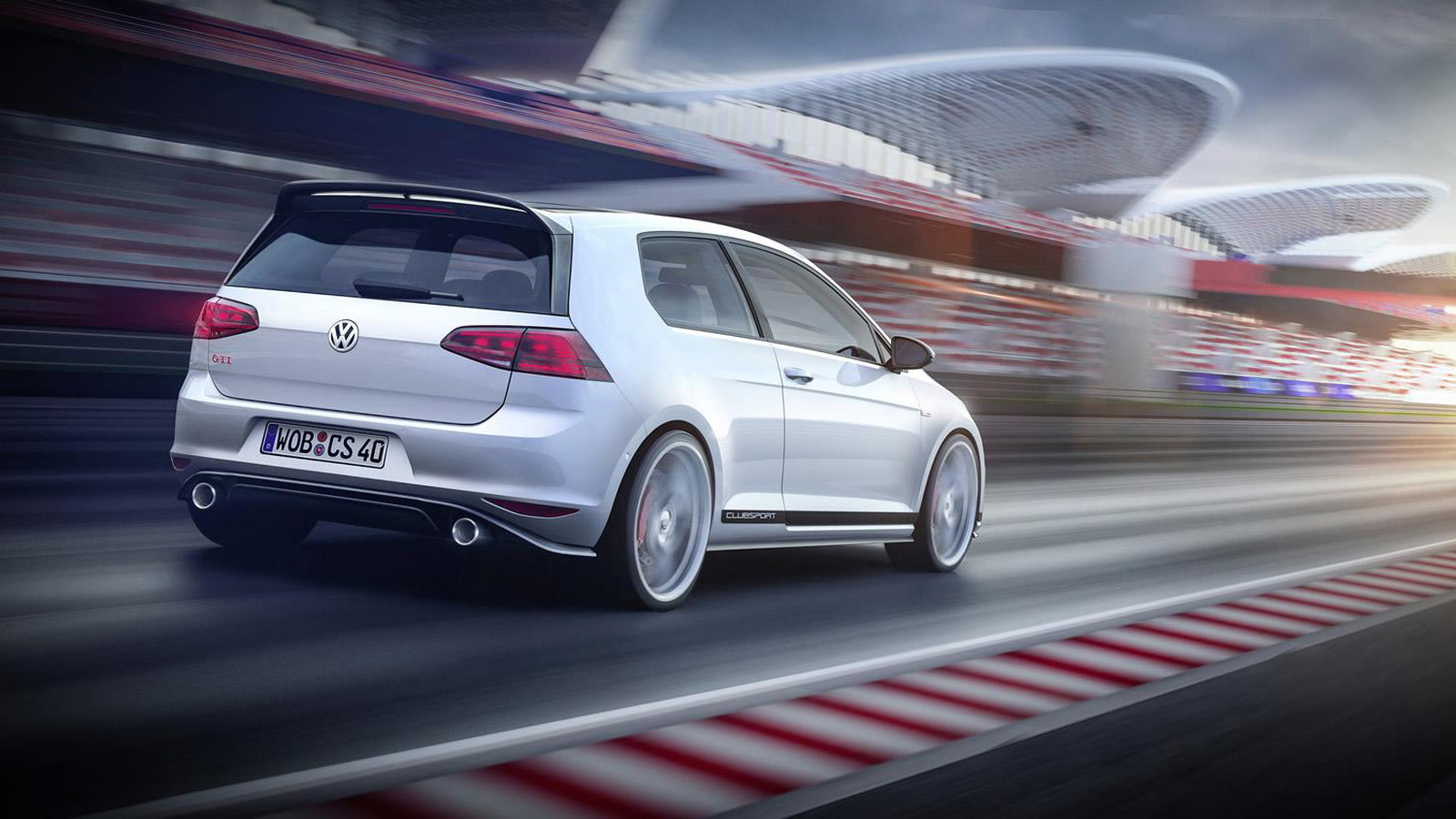 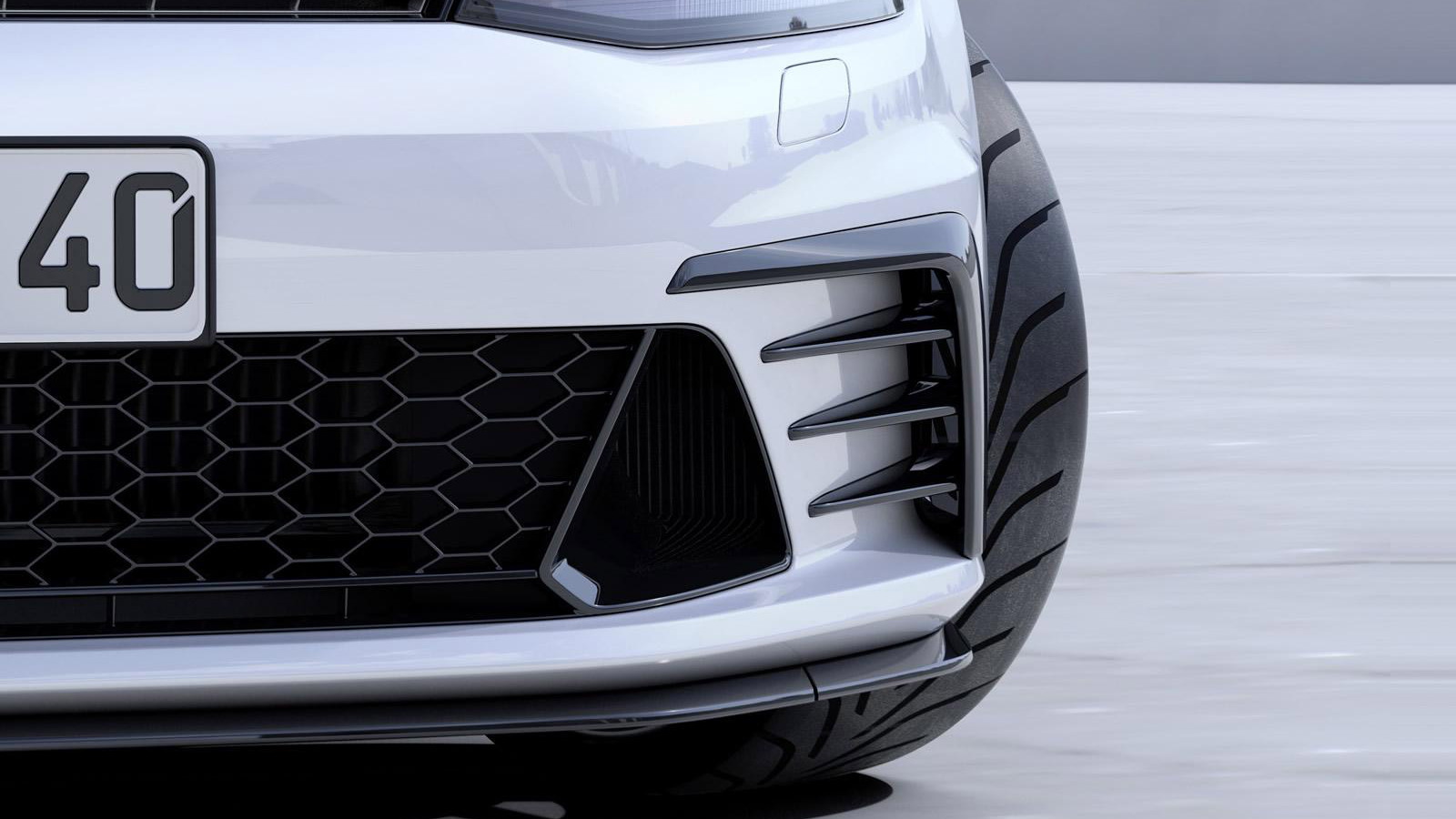 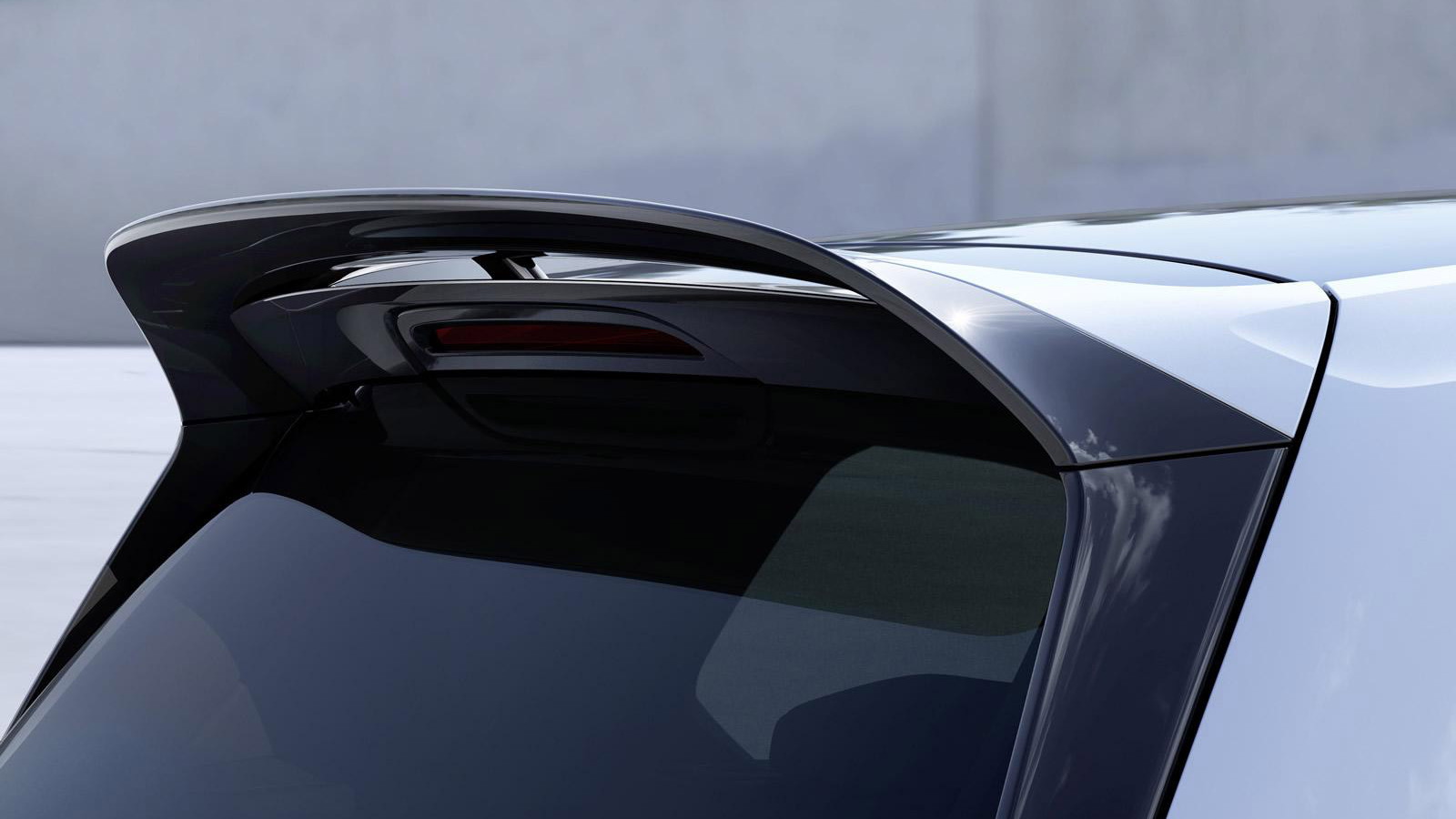 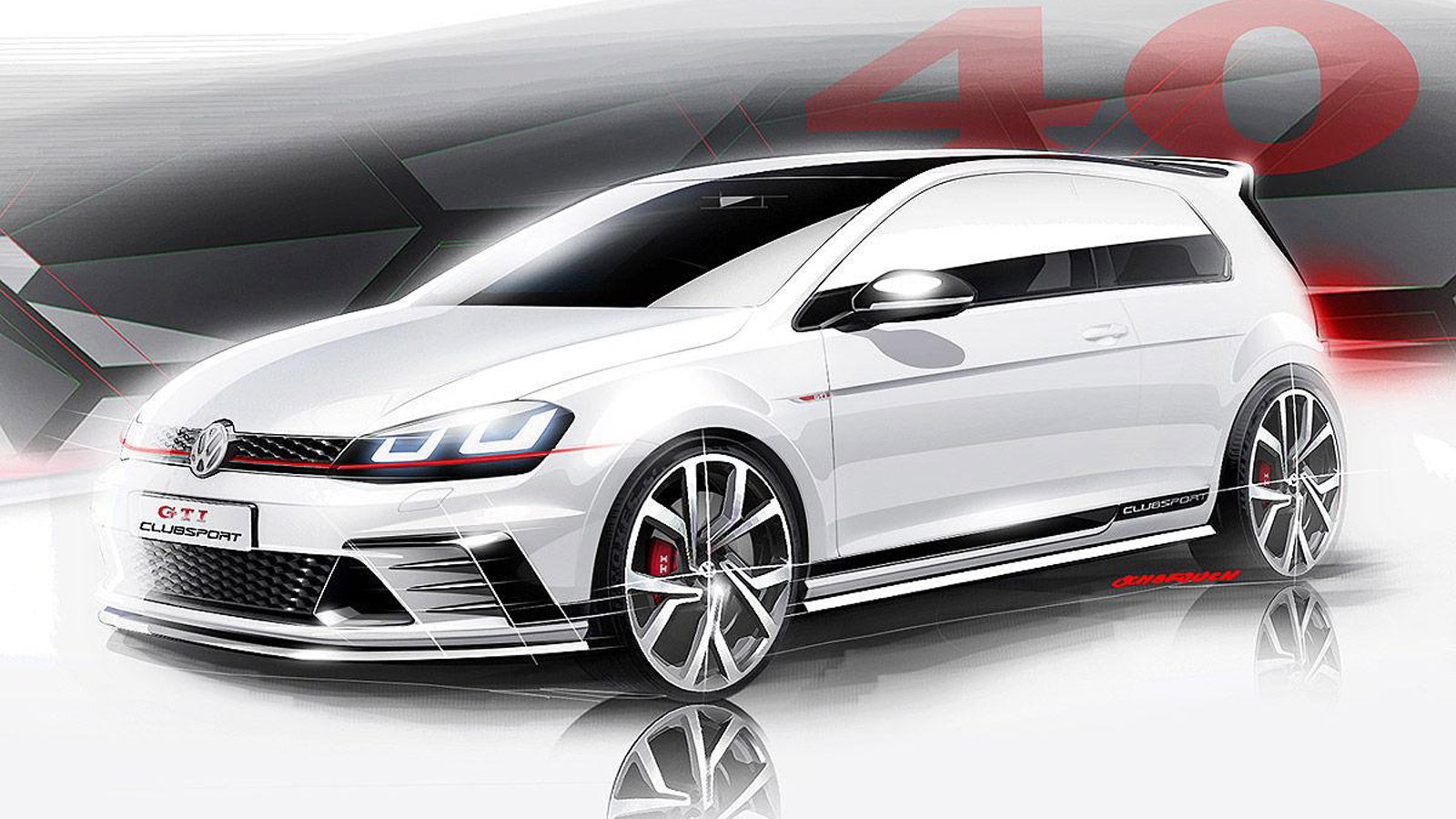 Come June of next year Volkswagen’s GTI will have turned 40 and just as it did when the GTI turned 30 and then again when the popular hot hatch turned 35, the German automaker will have something special planned. That special something will be a production version of this GTI Clubsport concept debuting this week at the annual Wörthersee Tour GTI meet in Austria.

We’ve previously spotted prototypes for a hotter GTI that we thought might be called a Clubsport, but in production form it will likely be labeled simply an Edition 40 or something along those lines. Some of the upgrades we can glean from this concept version are a more aggressive front bumper, new side sills and a new rear diffuser. The concept also wears a chunky roof-mounted spoiler that’s not unlike the one we saw on the spied prototype (shown below).

Under the hood of the concept sits the GTI’s familiar 2.0-liter turbo four. However, anyone disappointed by the engine’s 210-horsepower rating in the 2015 GTI will be glad to know that in this concept the output has been dialed up to 261 hp. An overboost function is also fitted, helping lift output by a further 10 percent for short bursts, raising the peak power rating to 287 hp. 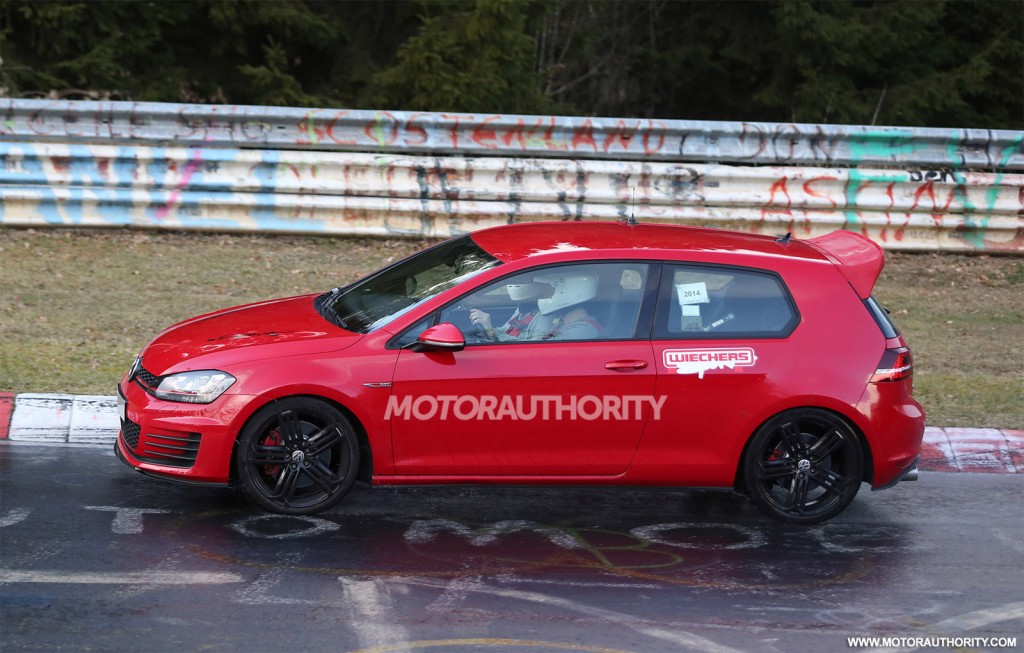 Like all GTIs, drive in the GTI Clubsport concept is to the front wheels only, in this case via the familiar six-speed DSG dual-clutch transmission and electronically controlled XDS differential found in the regular model. The production version is likely to also be available with a six-speed manual to appease three-pedal fans.

No performance numbers have been released but expect an improvement on standard GTI’s numbers. The current GTI with a Performance Pack will accelerate from 0-62 mph in 6.4 seconds and top out at 155 mph.

VW has confirmed that the production version of the GTI Clubsport concept, whatever it’s labeled, will be launched in early 2016. No word yet if that launch includes the U.S. market.

To see what else is at this week's Wörthersee Tour, head to our dedicated hub.