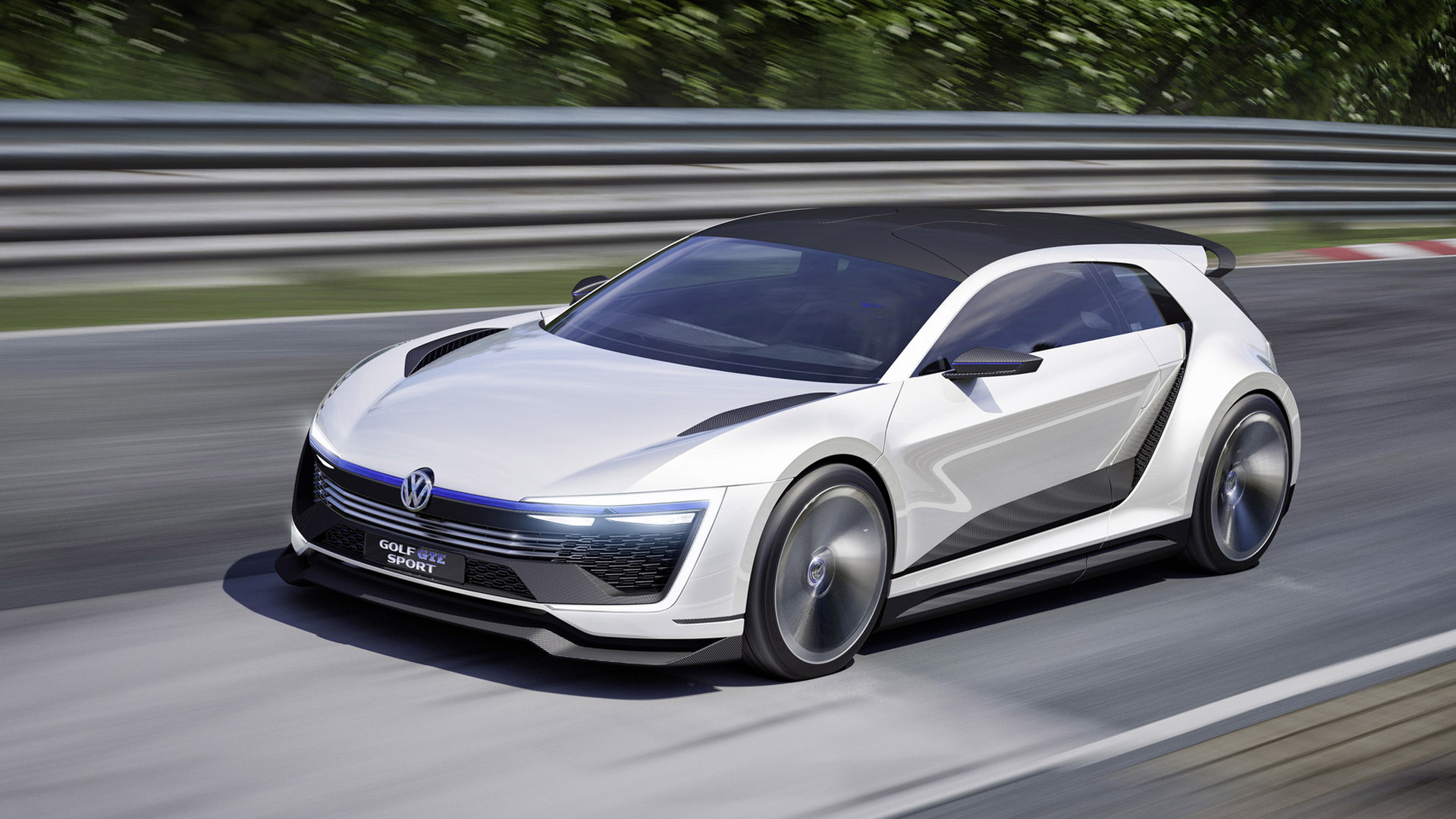 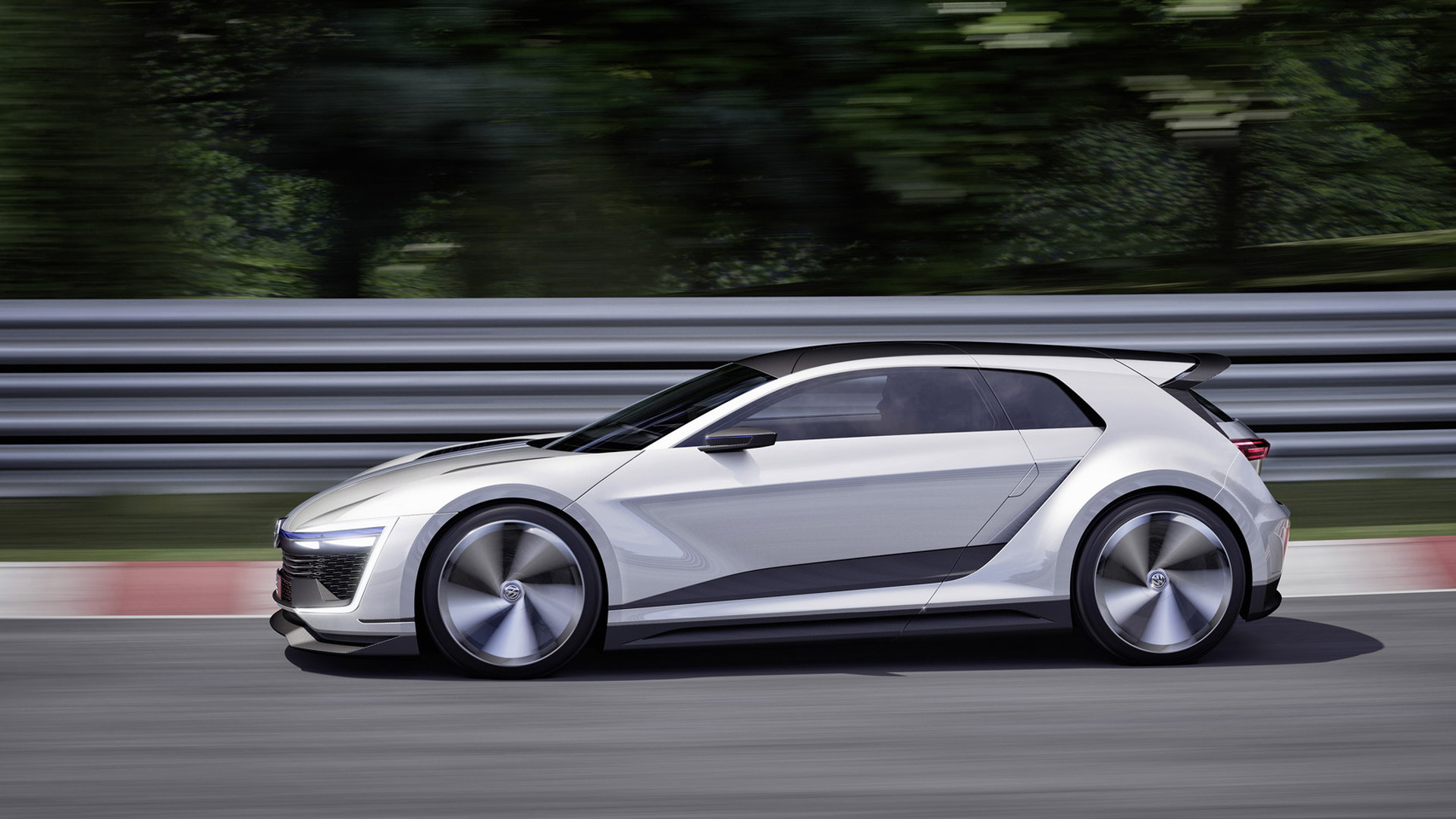 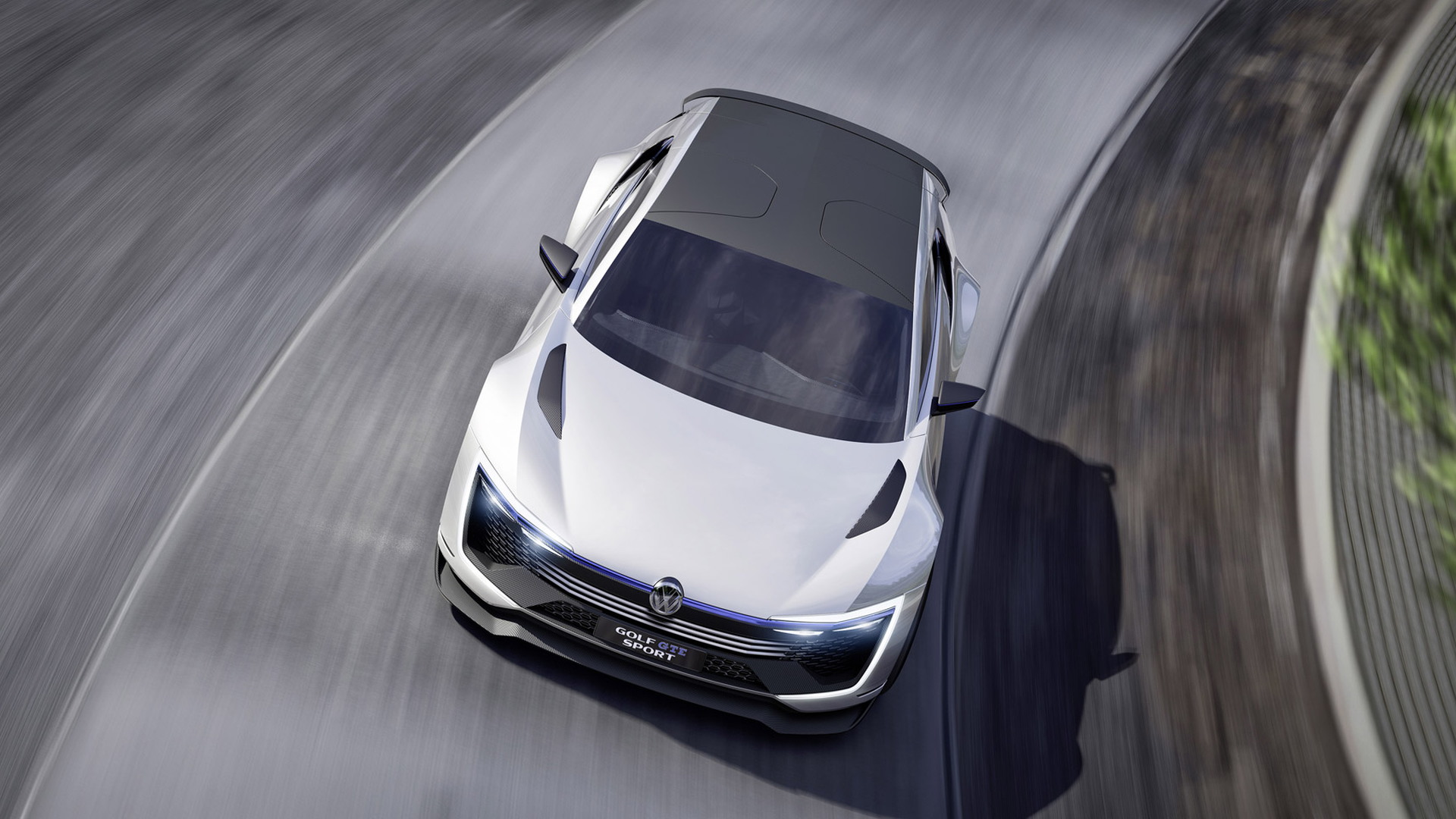 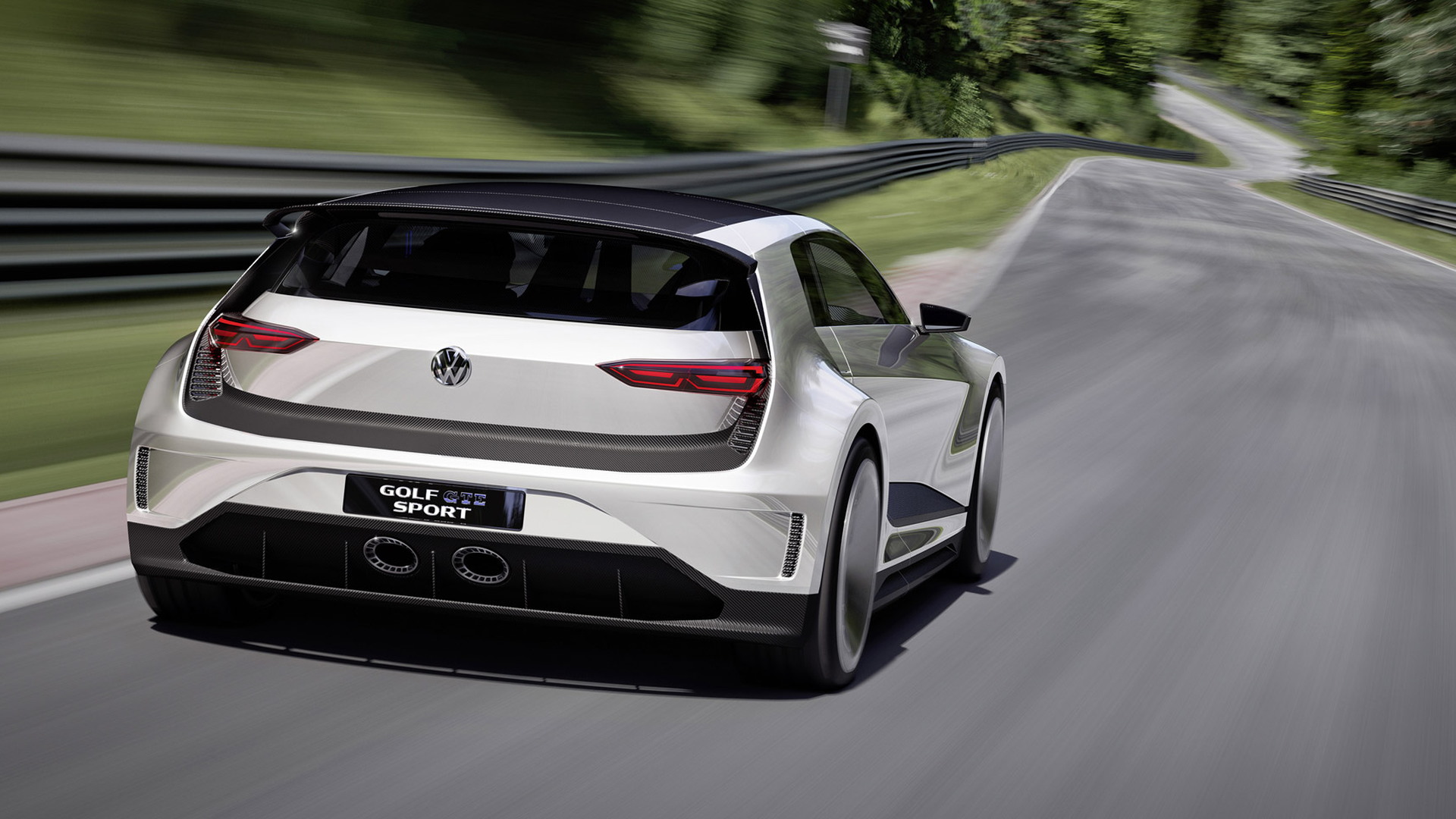 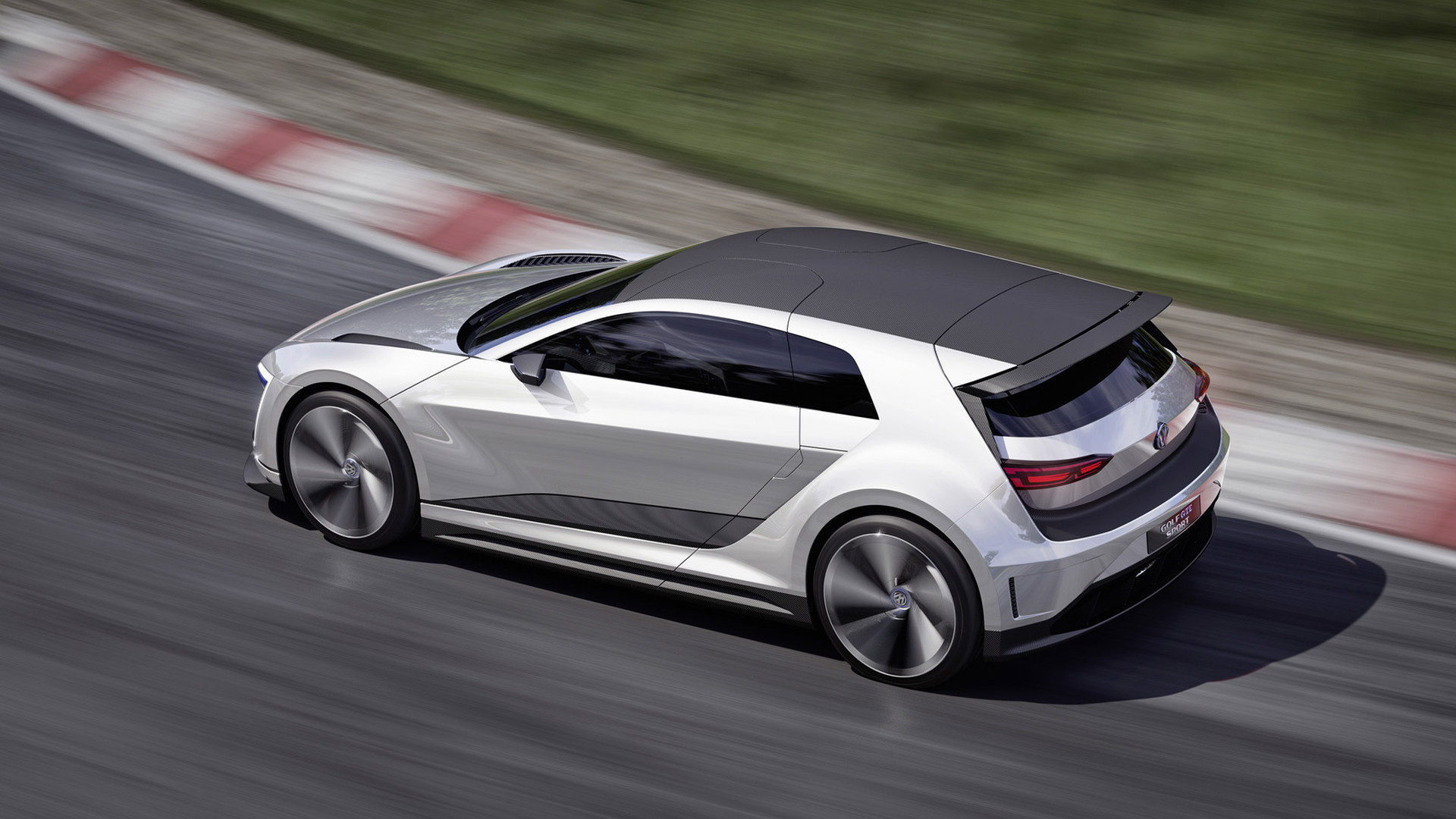 Volkswagen surprised visitors at this week’s 2015 Wörthersee Tour with a second high-performance concept car based on its humble Golf hatchback. The first was the GTI Clubsport, which previews a special edition GTI VW will launch on the market next year to mark the nameplate’s 40th anniversary. The second, revealed today, is the Golf GTE Sport, a concept that previews the future direction of performance-oriented Golfs.

As the GTE in the concept’s name indicates, the Golf GTE Sport is a plug-in hybrid (VW uses the GTE designation for its high-performance plug-ins). However, it’s remarkably different to the current Golf GTE available overseas as it’s largely built from carbon fiber and packs a plug-in hybrid drivetrain consisting of a rally-bred engine and twin electric motors. Total system output in this concept is an impressive 395 horsepower and 494 pound-feet of torque.

The Golf GTE Sport is said to feature a blend of road and race car technologies. The body is a lightweight shell made from carbon fiber but it keeps the familiar Golf hatch shape, albeit with a somewhat more athletic form. Elements of the design mimic VW’s recent Vision Gran Turismo Golf concepts and likely preview future styling themes for the next-generation Golf.

Under the skin, the engineers have combined the turbocharged 1.6-liter four-cylinder engine from the championship-winning Polo R WRC car with a six-speed DSG dual-clutch motor and two electric motors, with one motor positioned at each axle to create a ‘through-the-road’ hybrid setup. VW estimates the concept will accelerate from 0-62 mph in 4.3 seconds and hit a top speed of 174 mph. On electric power alone, the concept should be able to cover 31 miles on a single charge of its lithium-ion battery, and working with the engine fuel economy can reach as high as 117 mpg.

Beyond the drivetrain, the engineers have strived to ensure that the Golf GTE Sport is at home in both normal road traffic and race track conditions. Accordingly, the suspension, body and interior all follow the principle of a pure-bred sports car. Essentially, it’s been designed for an optimum weight distribution and neutral behavior for the all-wheel-drive system.

The driver and passenger board the two-seater interior of the Golf GTE Sport through doors that swing right up in the style of the XL1. Once inside, they find two isolated capsules, each lined in carbon and microfiber materials. Like in a race car, they sit quite a long way to the back on racing bucket seats with five-point belts. The instrument panel consists of three transparent displays, with the most vital info such as speed and current range shown on the largest of these.

For further details on the Golf GTE Sport, including its complex driving modes, read the in-depth report at our sister site Green Car Reports. And for more from the Wörthersee Tour, head to our dedicated hub.