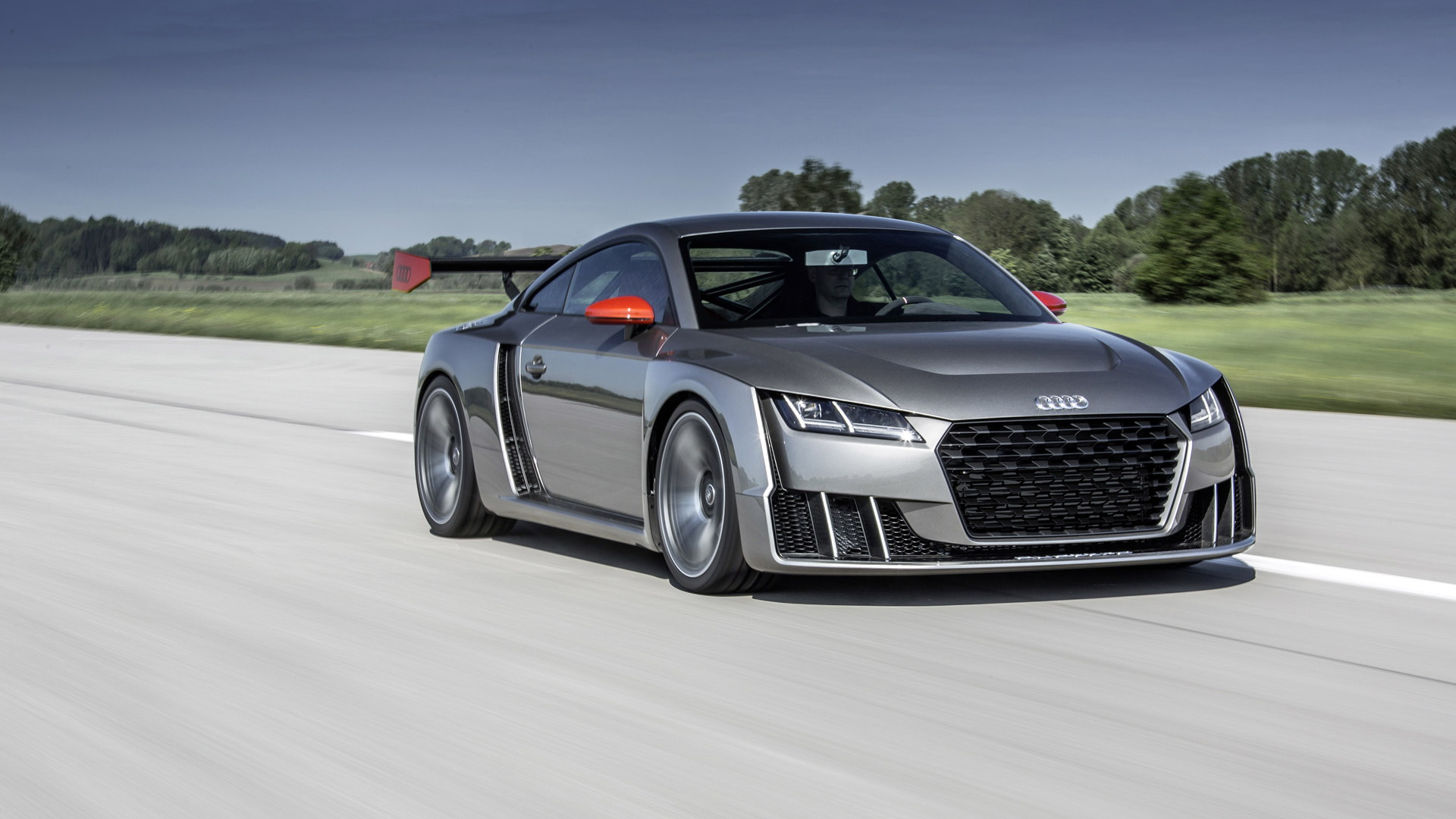 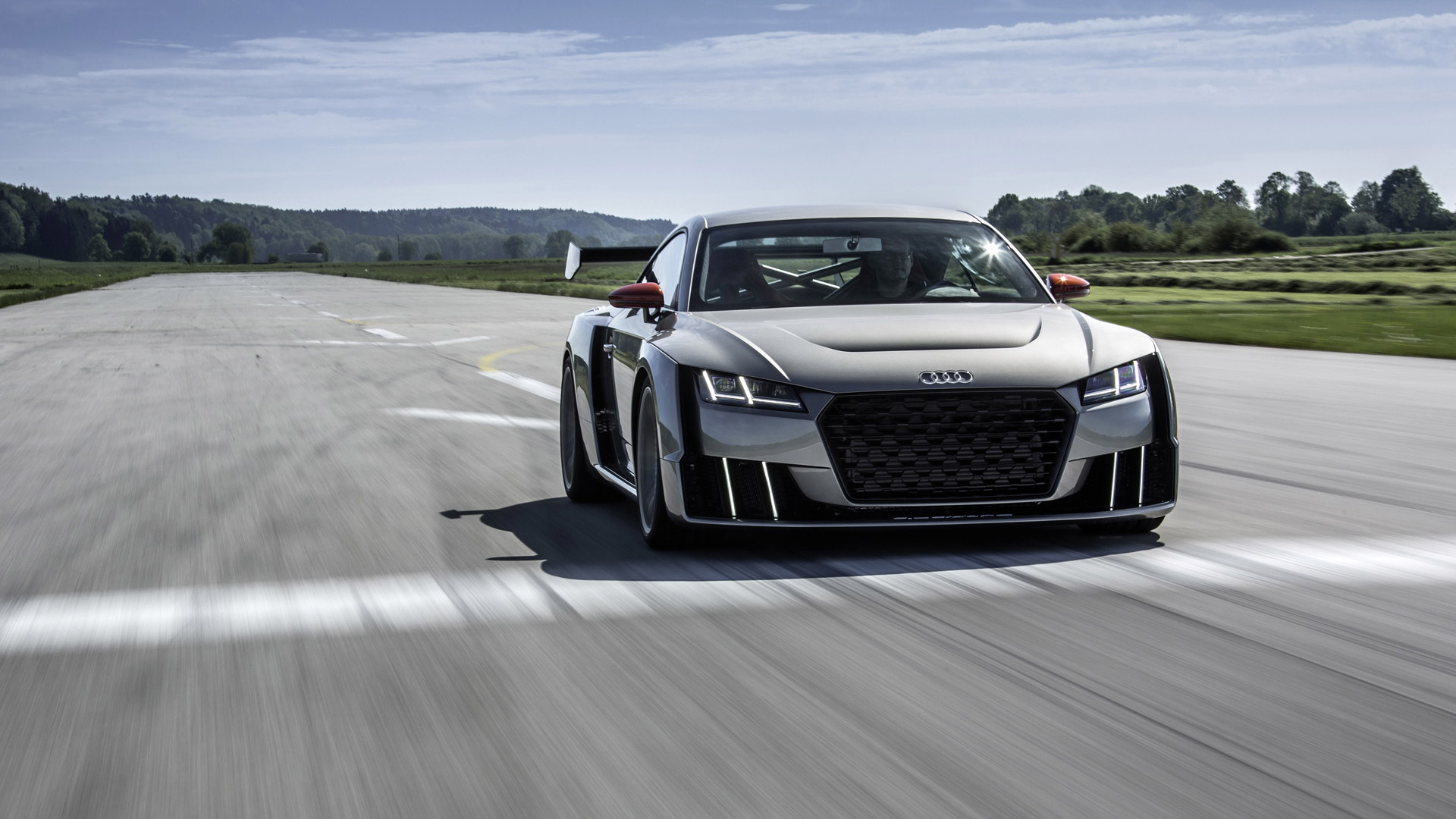 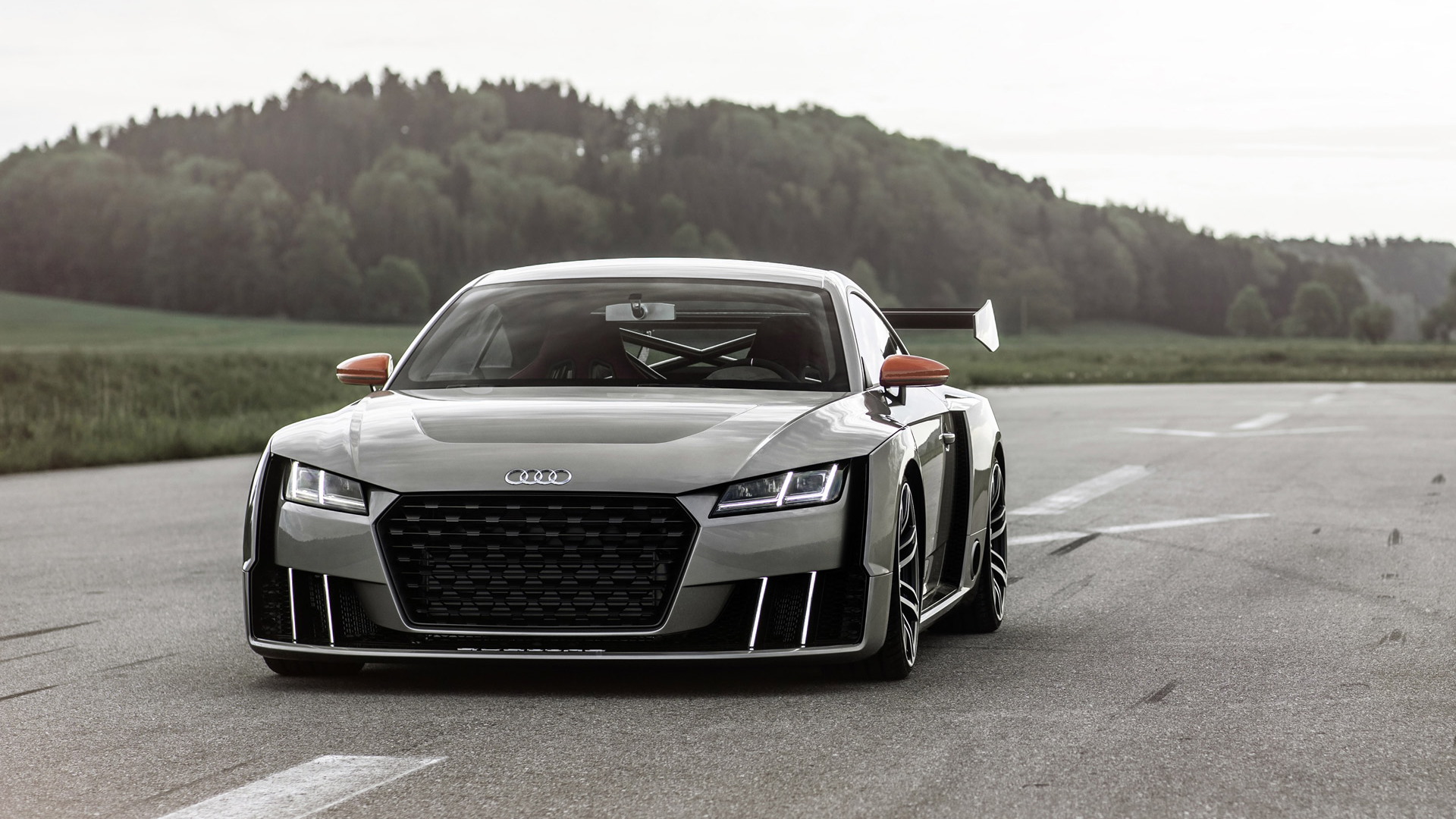 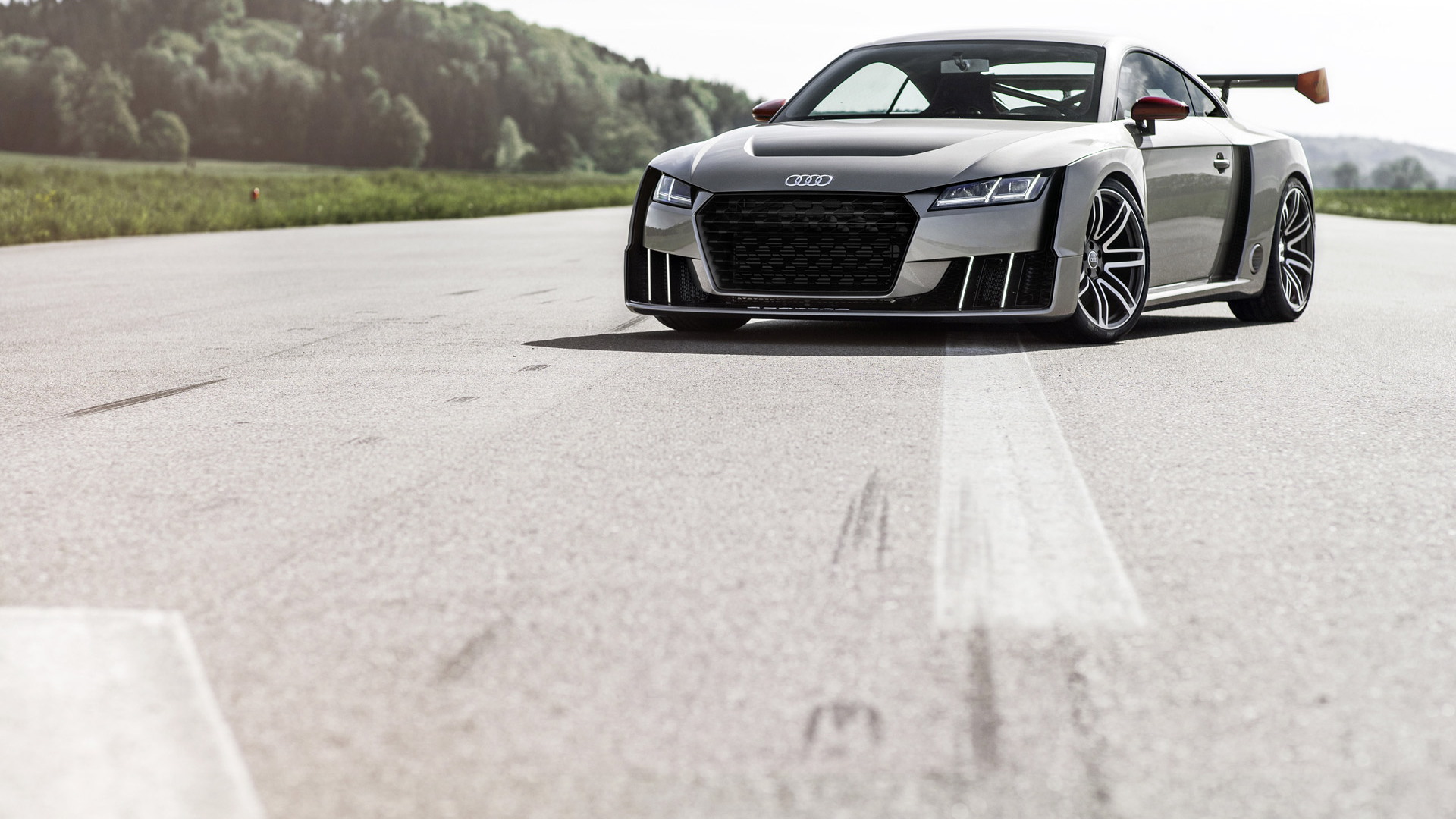 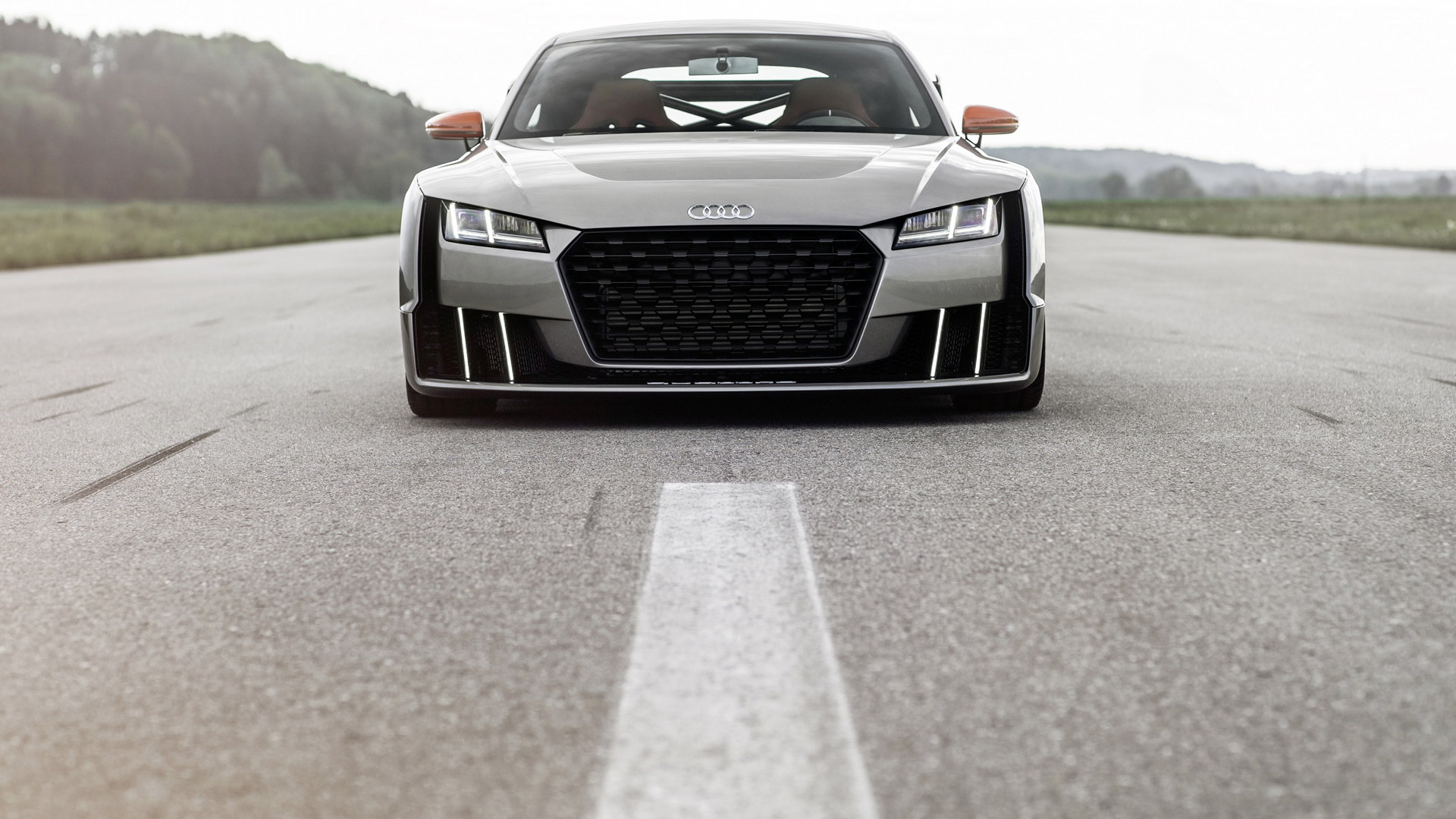 Audi has released new photos and video of its TT Clubsport Turbo concept car that’s on show this week at the 2015 Wörthersee Tour in Austria. The concept is a wild take on the new TT sports car, and even though it isn’t destined for production it’s thought to be a preview of the next-generation TT RS.

The biggest giveaway is the car’s engine, in this case an enhanced version of the familiar turbocharged 2.5-liter five-cylinder fitted to the last TT RS. In the new TT Clubsport Turbo concept, the engine is aided by an electrically-driven turbocharger, helping it to deliver upwards of 600 horsepower without any turbo lag.

The TT Clubsport Turbo concept also sports a mean look, which Audi says was inspired by the successful Audi 90 IMSA GTO race car of the late 1980s. To give it an aggressive stance as well as aid mechanical grip, the concept’s track was widened to 5.70 feet, and when you include its mirrors it’s almost 6.5 feet wide.

The fenders—painted in the new exterior color Ferro Titanium—are open at the front and rear. Air from the car’s slipstream flows through them to cool the brakes. Sitting inside these are a set of 20-inch wheels. Their six twin-spoke design is finished in a two-color look, and the tires are size 275/30. The concept also features carbon-ceramic brake discs.

Moving inside, sporty materials such as carbon fiber-reinforced plastic and black Alcantara define the cabin. The racing bucket seats are upholstered in coral orange Alcantara and feature contrasting stitching and piping. CFRP parts with their large surfaces create sporty accents on the doors and center console, and the doors are closed by pulling on a tube-shaped grip with an Alcantara inlay.

For more from the Wörthersee Tour, head to our dedicated hub.