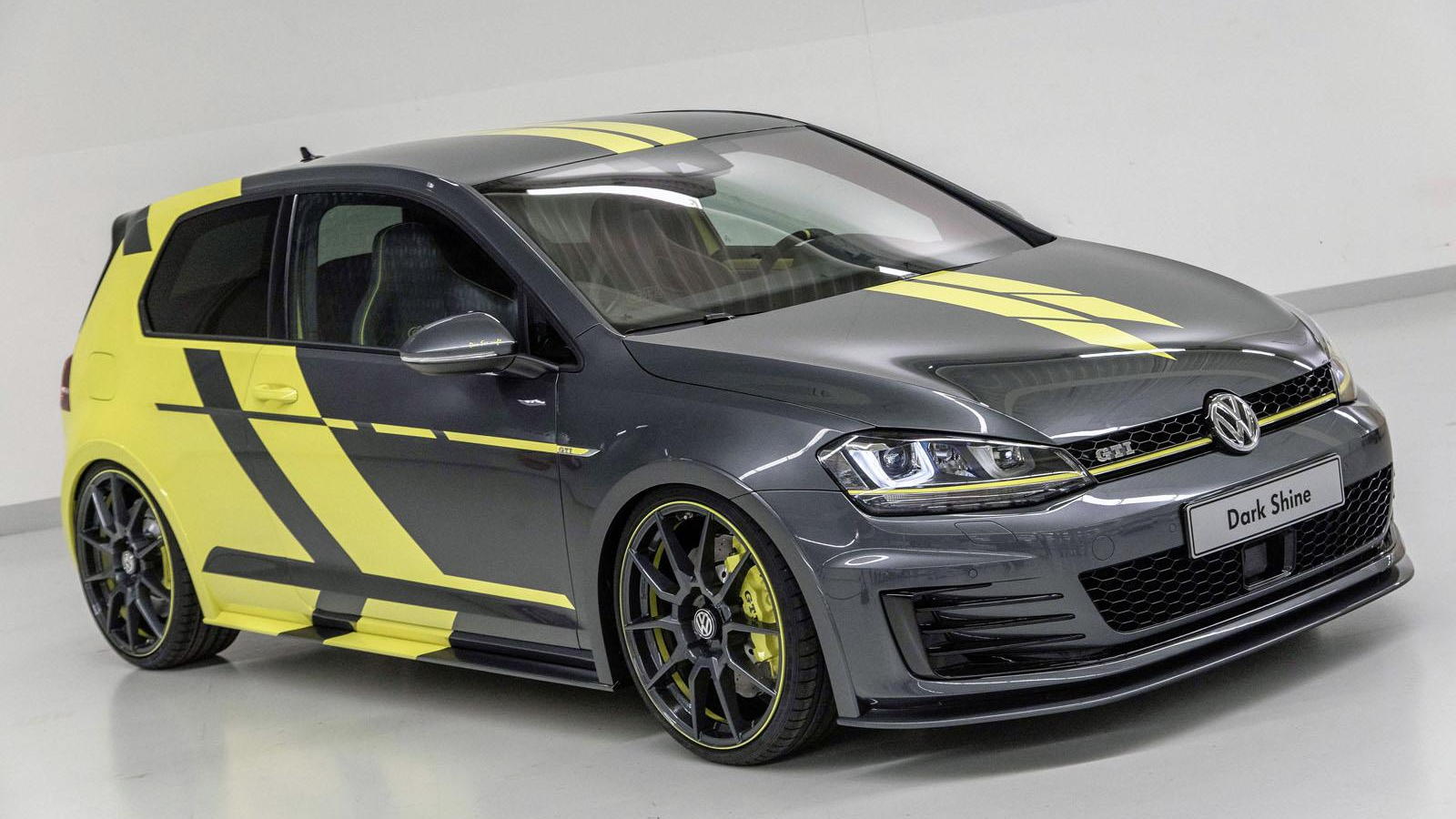 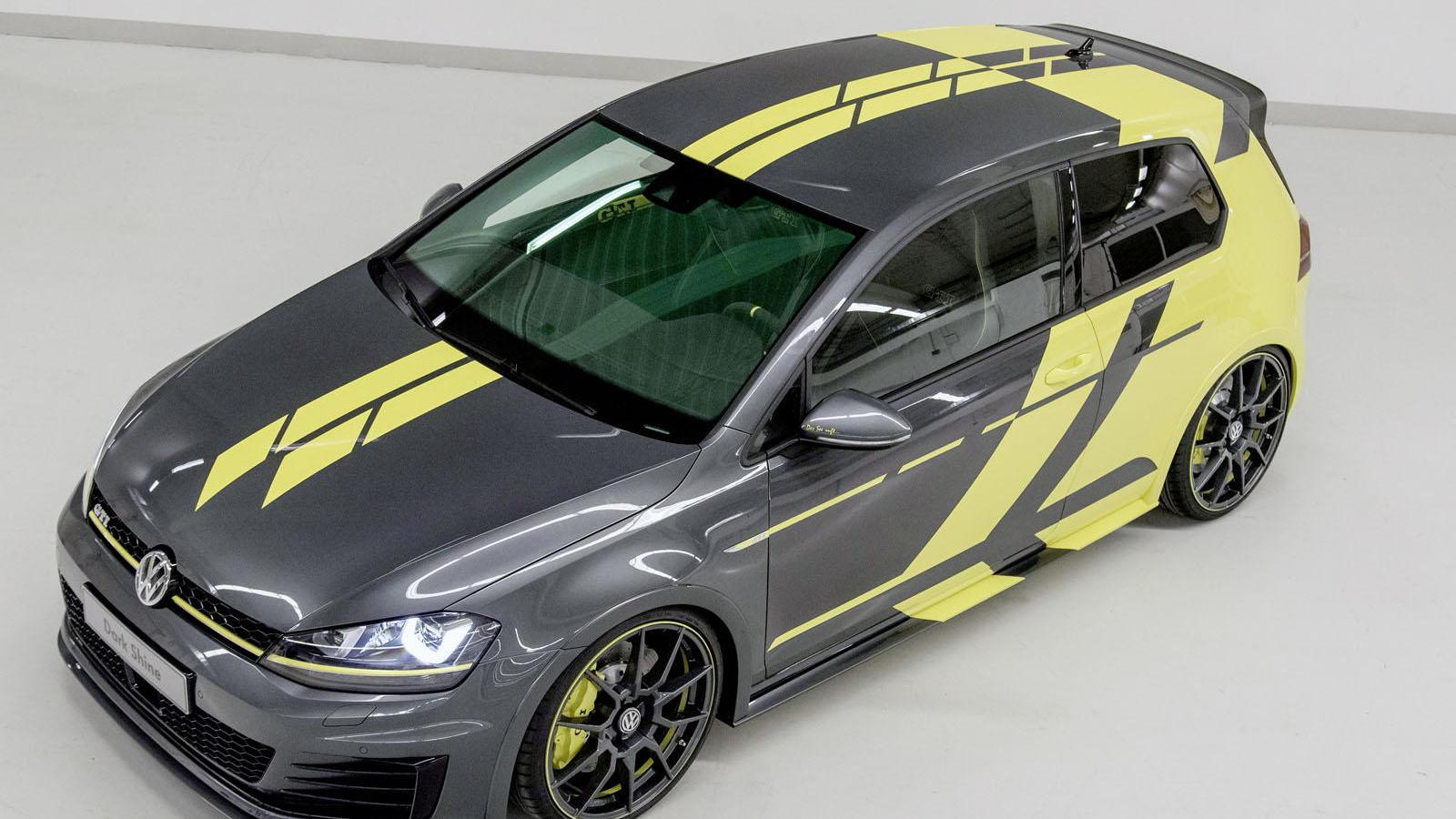 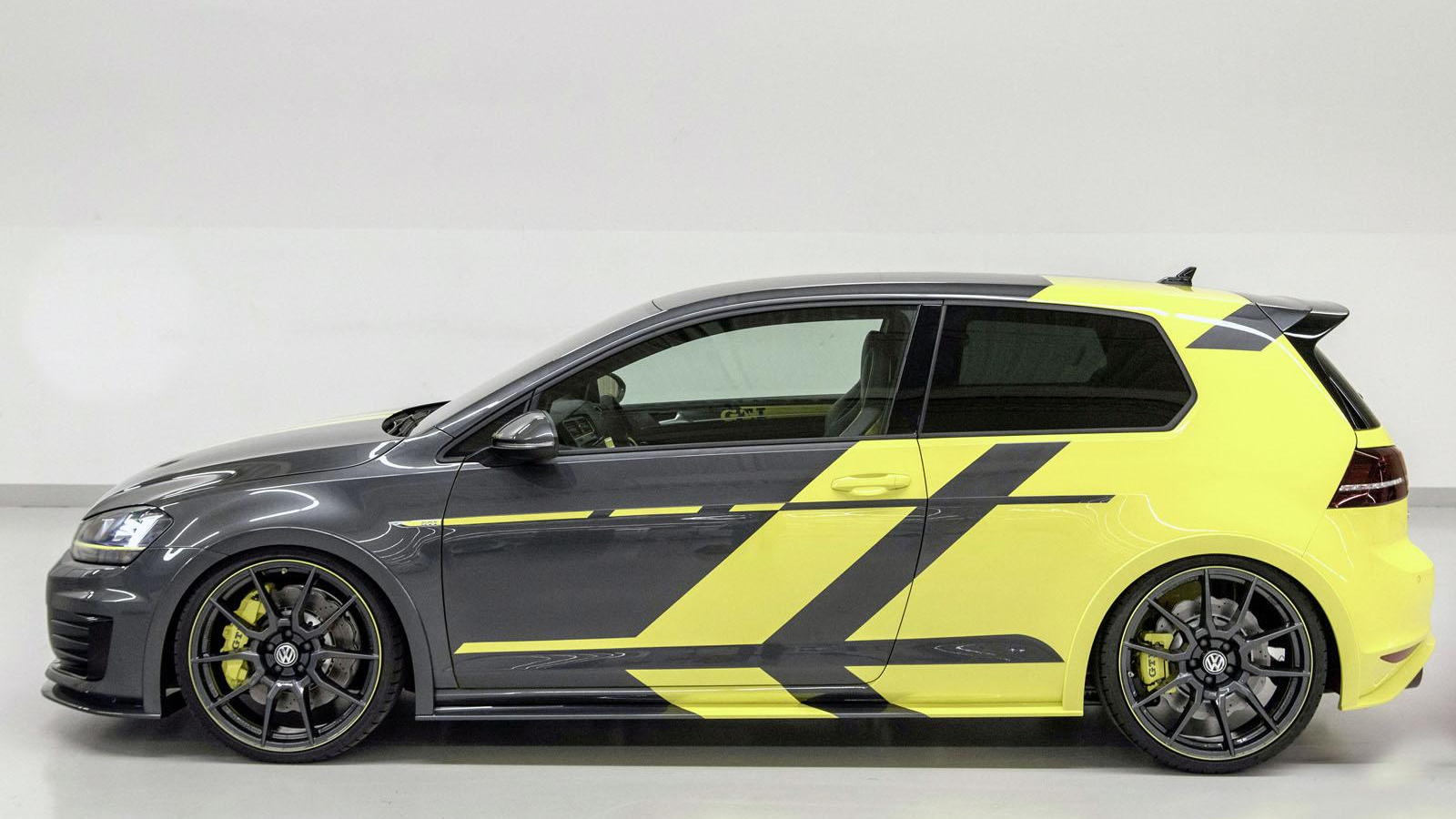 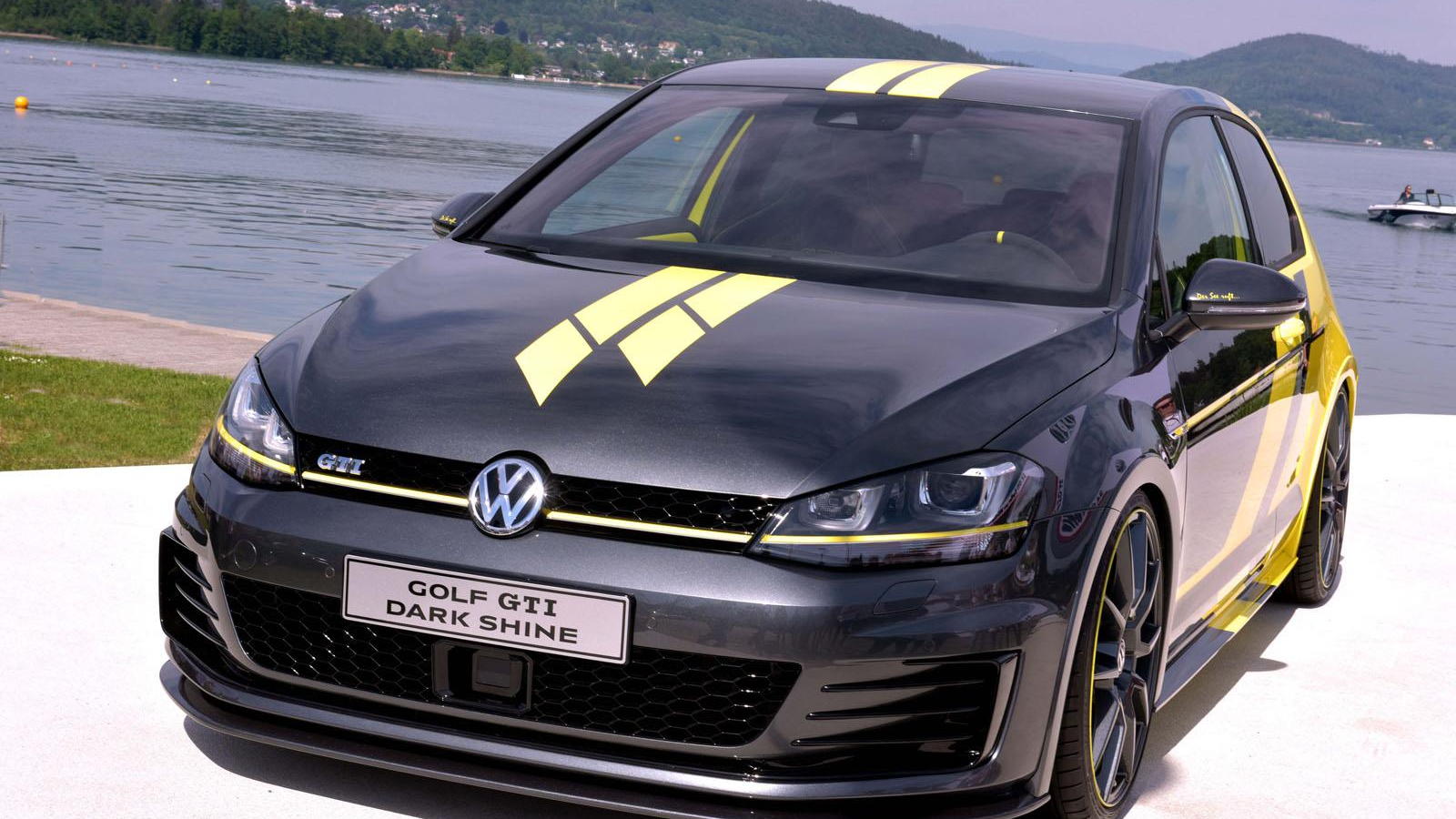 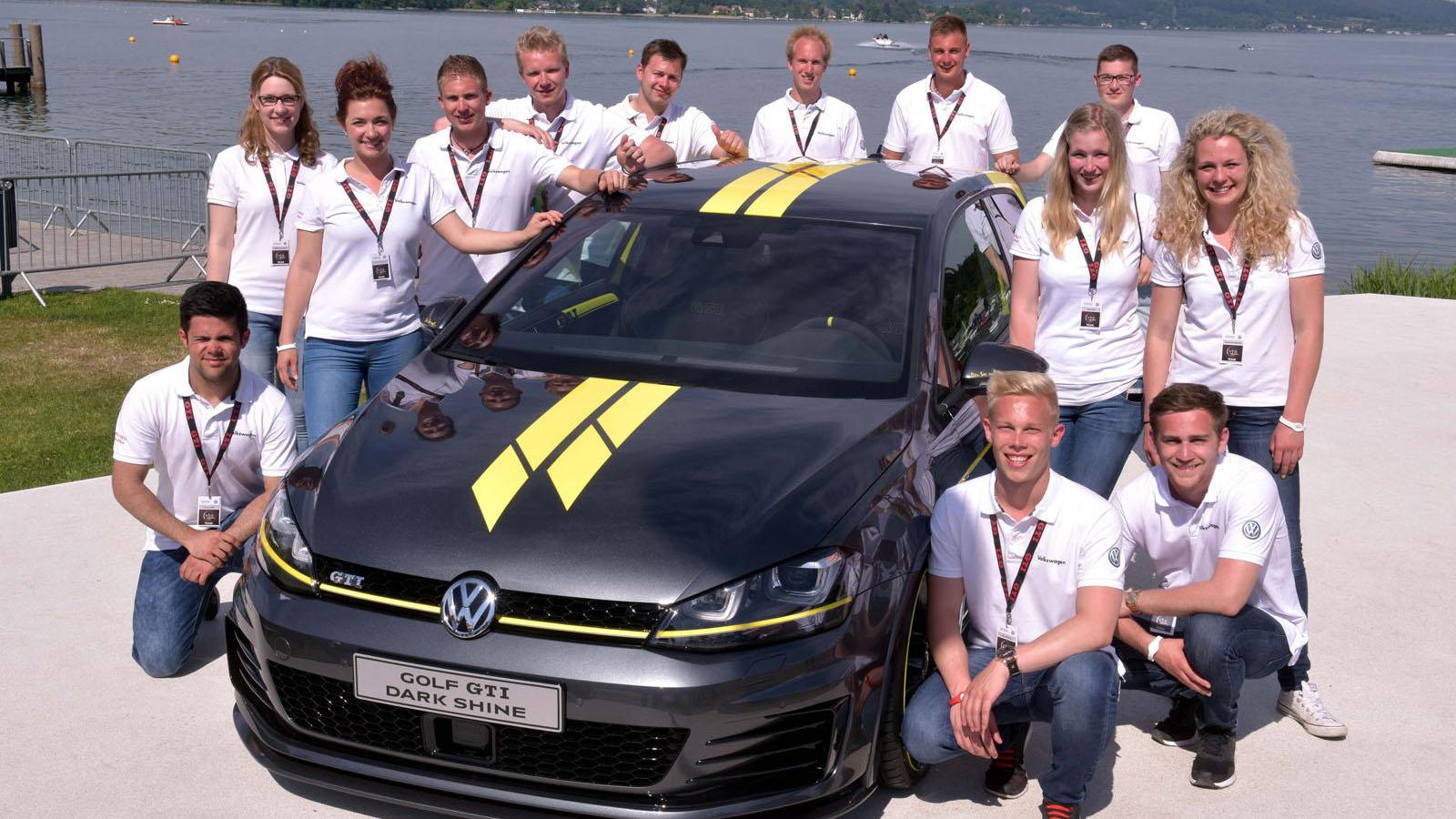 The parade of Volkswagen concept cars for the annual Wörthersee festival continues with the unveiling of two more Golf-based vehicles.

The Golf GTI Dark Shine was built by a team of 13 apprentices working for the Volkswagen Group. They began the build with a bare body-in-white, and spent about nine months transforming it into their ideal customized hot hatchback. The car is instantly recognizable thanks to its two-tone Daytona Gray Metallic and R-yellow scheme, but there's more going on under the skin.

On the inside, Recaro sport seats and an Alcantara-covered steering wheel were added for a sportier appearance, while an eight-speaker, 3,500-watt audio system was added to give the Dark Shine some audio horsepower. The entire interior is trimmed in a color scheme that matches the two-tone exterior.

Making its debut alongside the GTI Drak Shine and the other VW Wörthersee concepts is the Golf Variant Biturbo Edition. The name refers to the car's 2.0-liter, twin-turbocharged four-cylinder diesel engine, which is borrowed from the European-market Passat Variant 2.0 TDI 4Motion.

The diesel produces 236 hp and 368 lb-ft of torque. Like the Passat it shares an engine with, the Golf Variant Biturbo Edition also has 4Motion all-wheel drive.

The engine was installed in the Golf Variant show car by 14 apprentices. The car also features a special Alor blue exterior color with Deep Black stripes, and an interior designed to match.

These student-built concepts will be displayed at Wörthersee alongside a wide variety of VW Group creations, including the VW GTI Clubsport and Golf GTE Sport plug-in hybrid concepts.