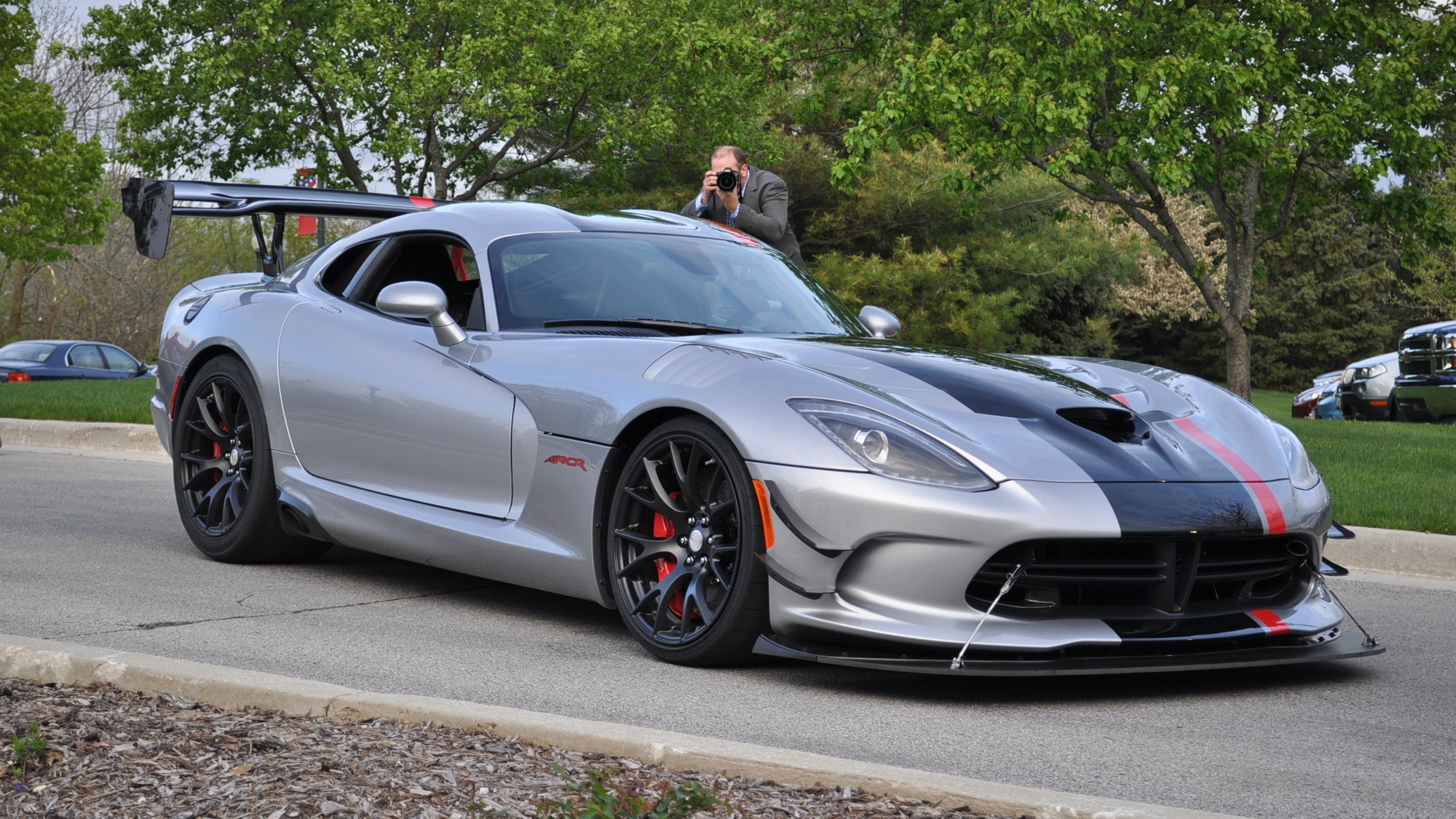 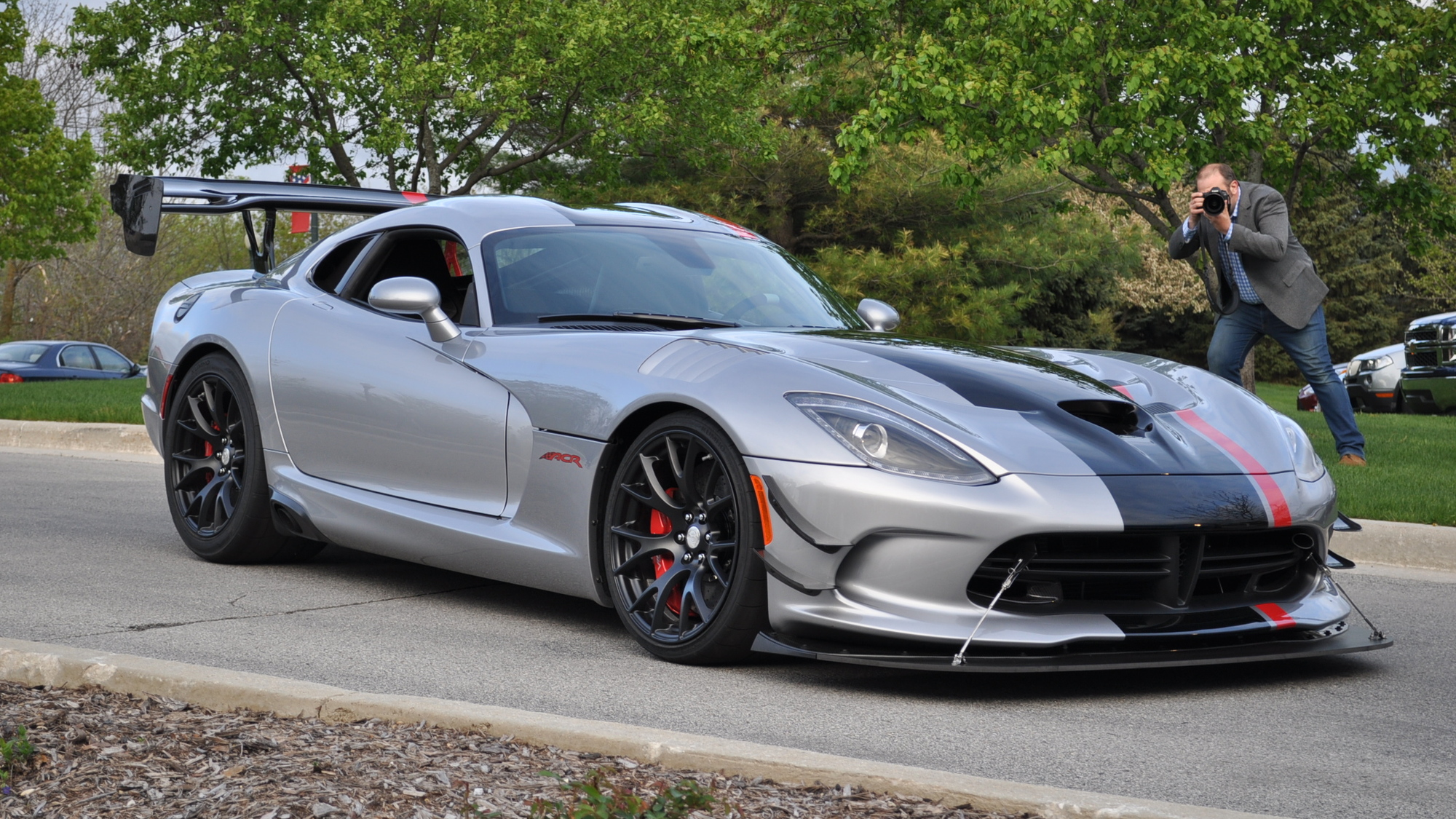 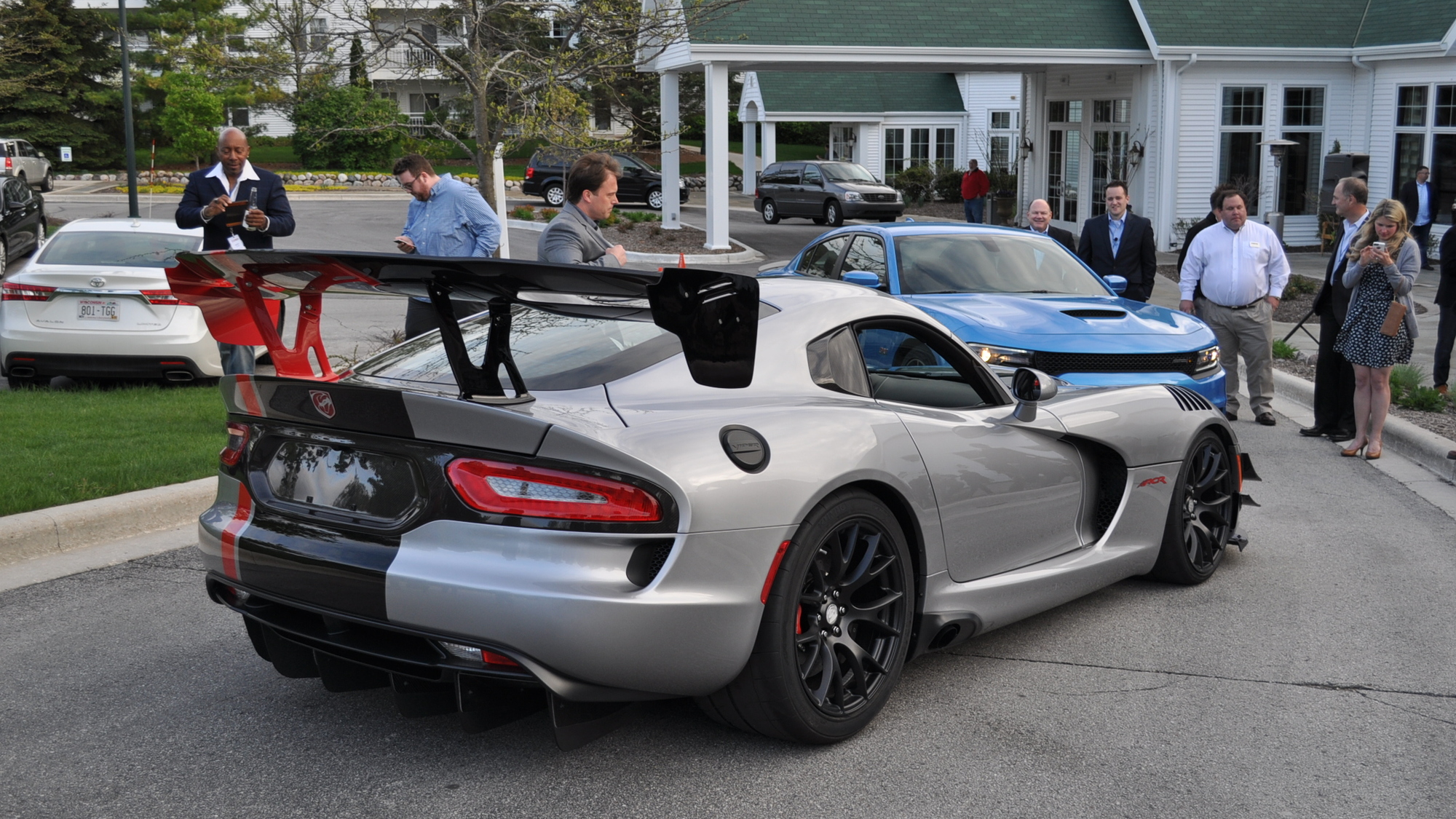 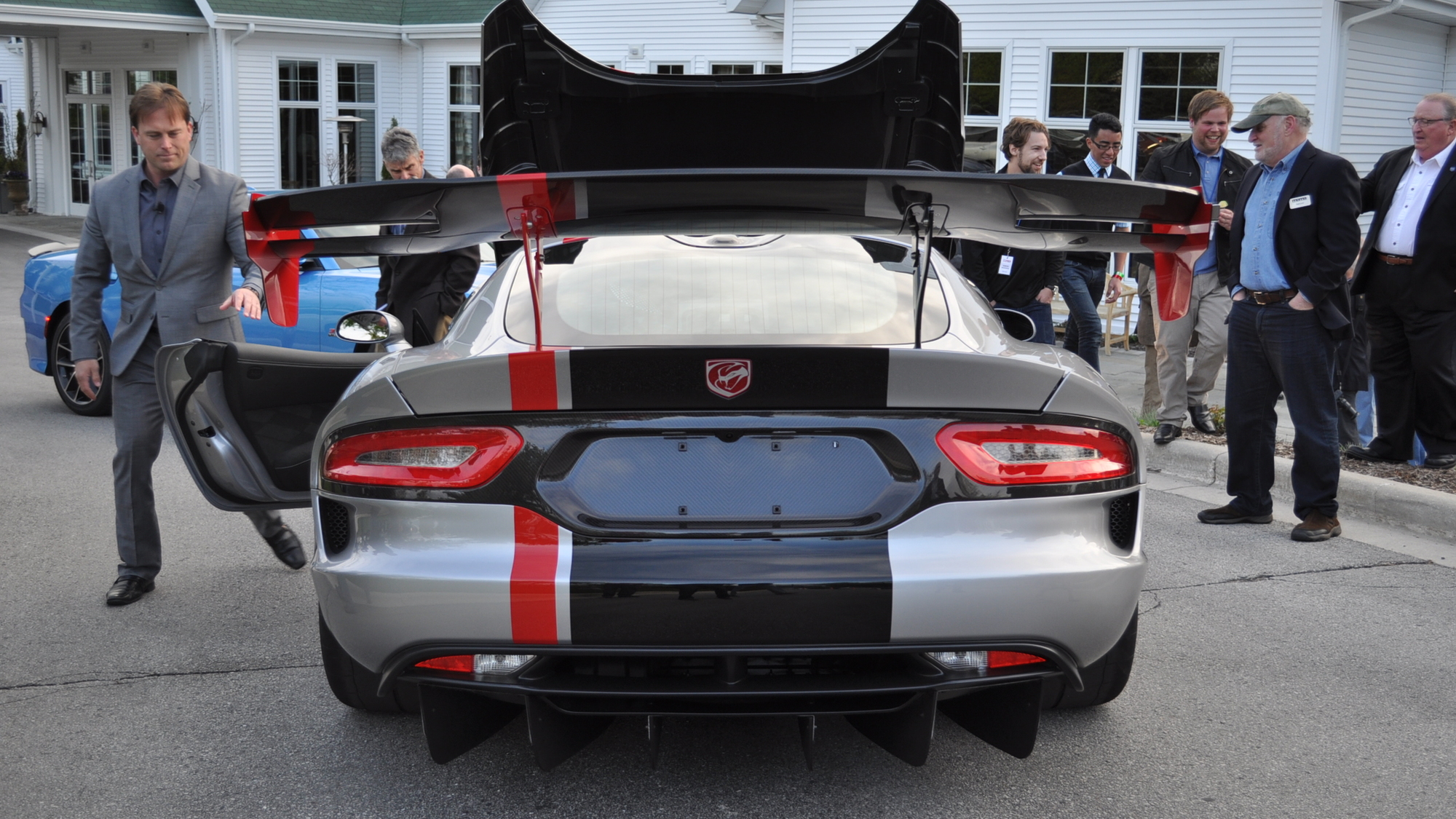 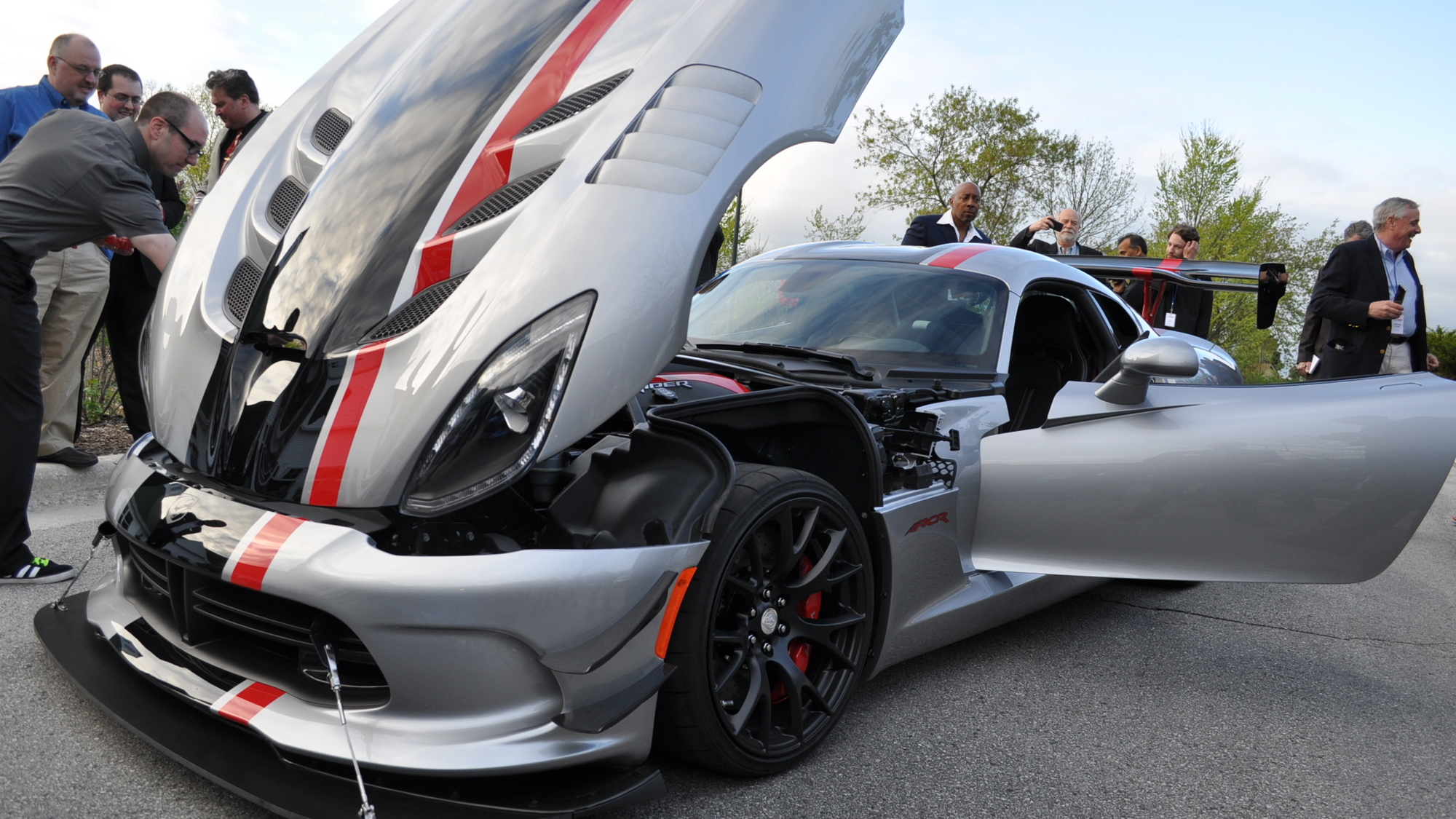 The new 2016 Dodge Viper ACR is coming at you hard and fast. Following the reveal late last week, Dodge has released the all-important pricing details and we’ve also managed to get the first live shots of the car along with a video of its engine starting up and revving.

The Chevrolet Corvette Z06 may be cheaper at $78,995 but the Viper ACR is a much, much more exclusive product. Dodge hasn’t mentioned how many Viper ACRs it plans to build each model year but numbers will almost certainly be limited, so if you’re interested you had better let your local Dodge dealer know soon as the order books are already open. Production is slated to commence in the third quarter of 2015.

“Bringing our street-legal Dodge Viper ACR back is going to arm our track enthusiasts with the ultimate weapon to dominate road courses across the country,” Dodge CEO Tim Kuniskis said in a statement. “This is without a doubt the best Viper ACR ever.”

Unfortunately, Dodge still hasn’t released any performance numbers, as the car is still being benchmarked at major race tracks around the world, but Kuniskis has confirmed it will better its predecessor, which even five years after its launch is still one of the fastest road-going cars money can buy. Right now, the only other production cars to have upset the previous Viper ACR’s 7:12.13 Nürburgring lap time, set in 2011, is the all-wheel-drive Nissan GT-R NISMO and Porsche 918 Spyder.

And the new Viper ACR has more power, more downforce and much improved chassis mods compared to its predecessor. Oh yes, it’s going to be a bloodbath. Note, to get the full 2,000 pounds of downforce the 2016 Viper ACR produces, you’ll need to opt for an available Extreme Aero Package. This includes features like the six-foot wide adjustable rear wing; rear diffuser; detachable extension for the front splitter; additional dive planes; and the special hood with removable louvers.

Some of the standard goodies include Brembo brakes with six-piston front calipers and massive carbon ceramic rotors; 10-way adjustable suspension with stiffened springs and Bilstein racing shocks; and special Kumho tires developed exclusively for the car. The combination of suspension, aero treatment and ACR-specific tires delivers sustainable 1.5 g cornering during high-speed turns, according to Dodge.

There’s no extra power in the new Viper ACR, which means the car’s 8.4-liter V-10 churns out the same 645 horsepower and 600 pound-feet of torque as the other Viper models, with drive sent rearward via a six-speed manual gearbox.

Inside, lightweight carpet, minimal three speaker audio and manual-adjusted seats help balance weight to ensure an optimal 50/50 weight distribution. There’s also unique Alcantara trim and special badging to set this model apart from the regular Viper fleet, and buyers can also opt for the Viper’s ‘1 of 1’ personalization program that ensures no two cars have the same personalization options—including exterior color—for any model year.