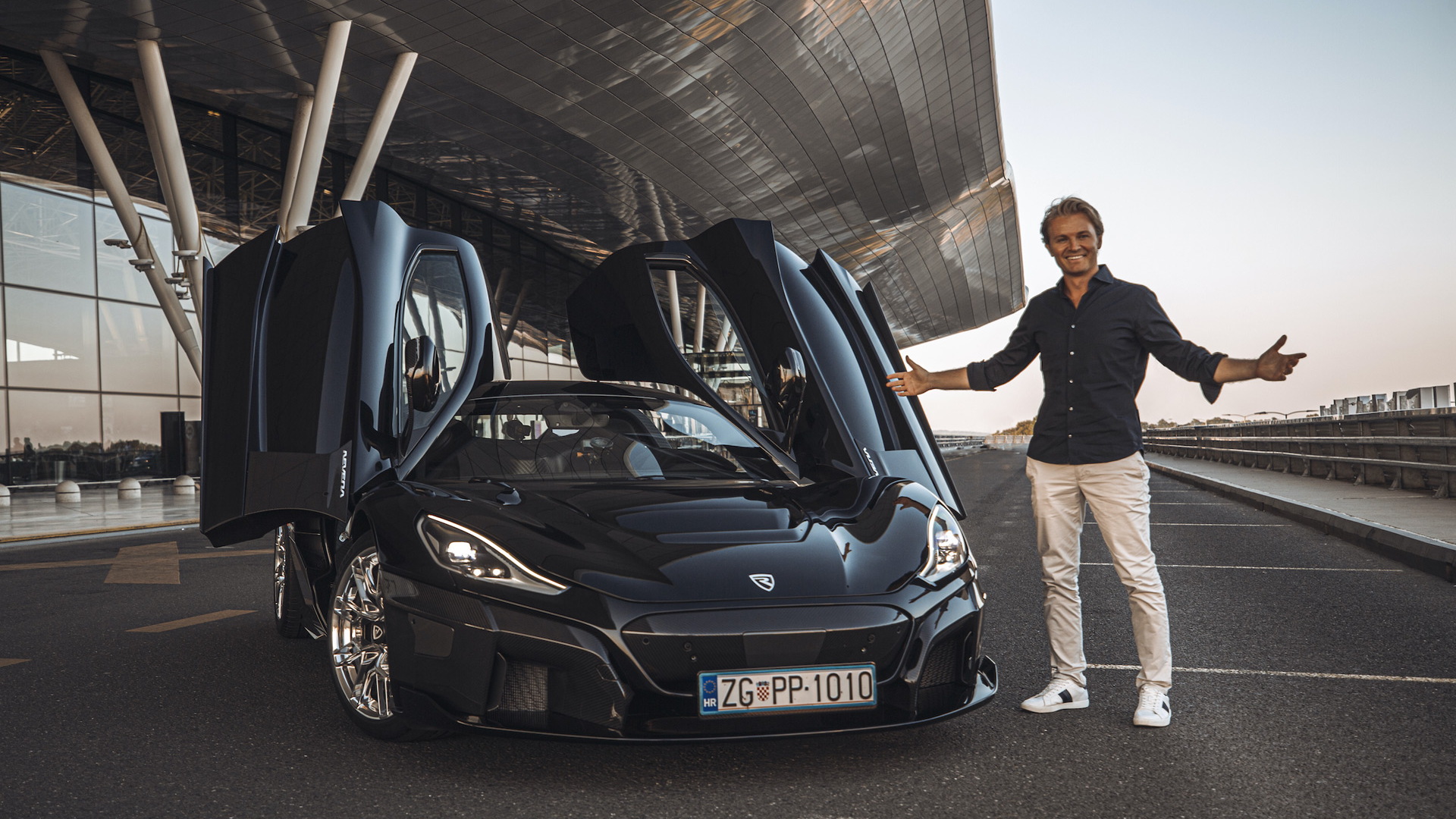 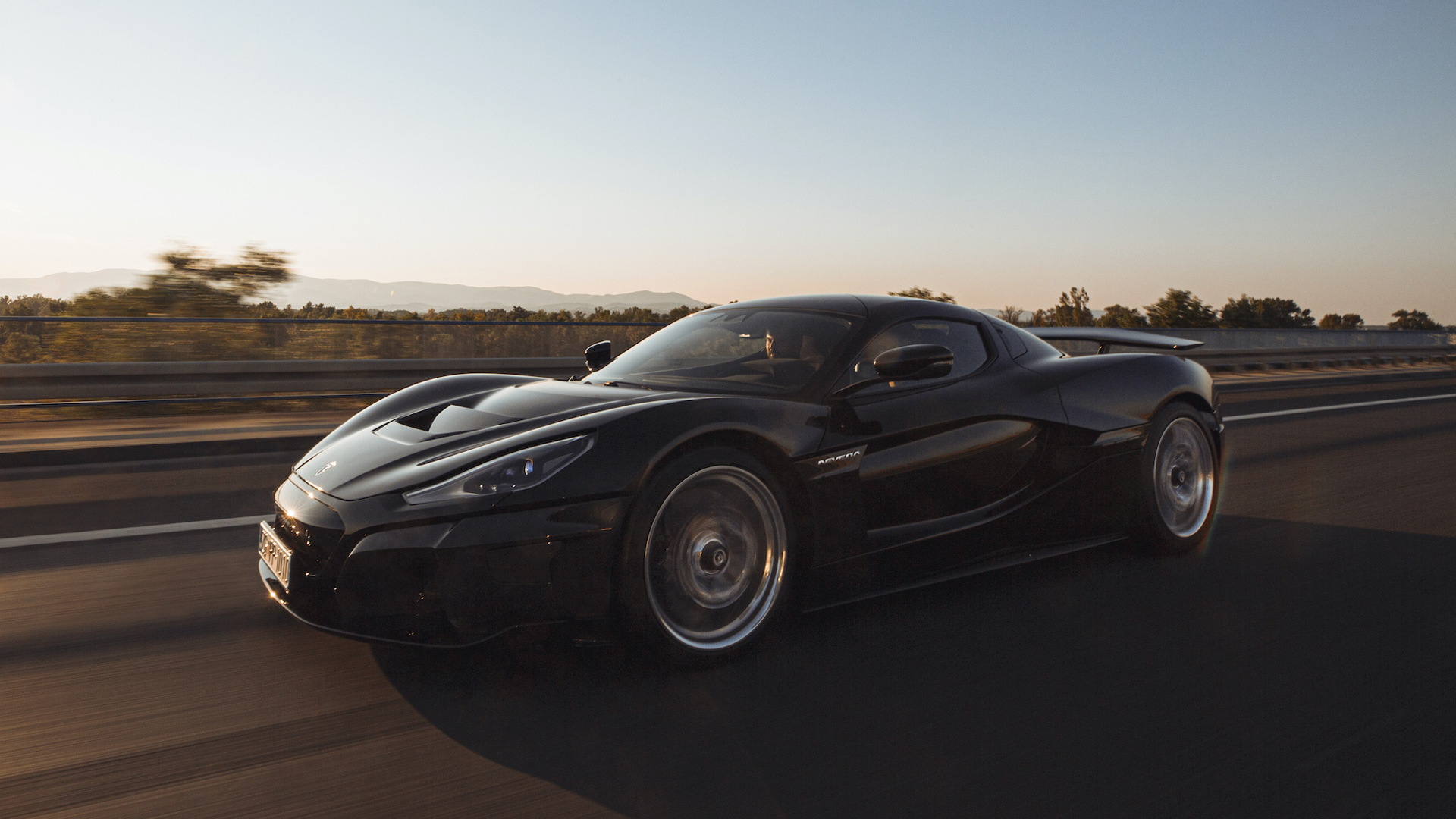 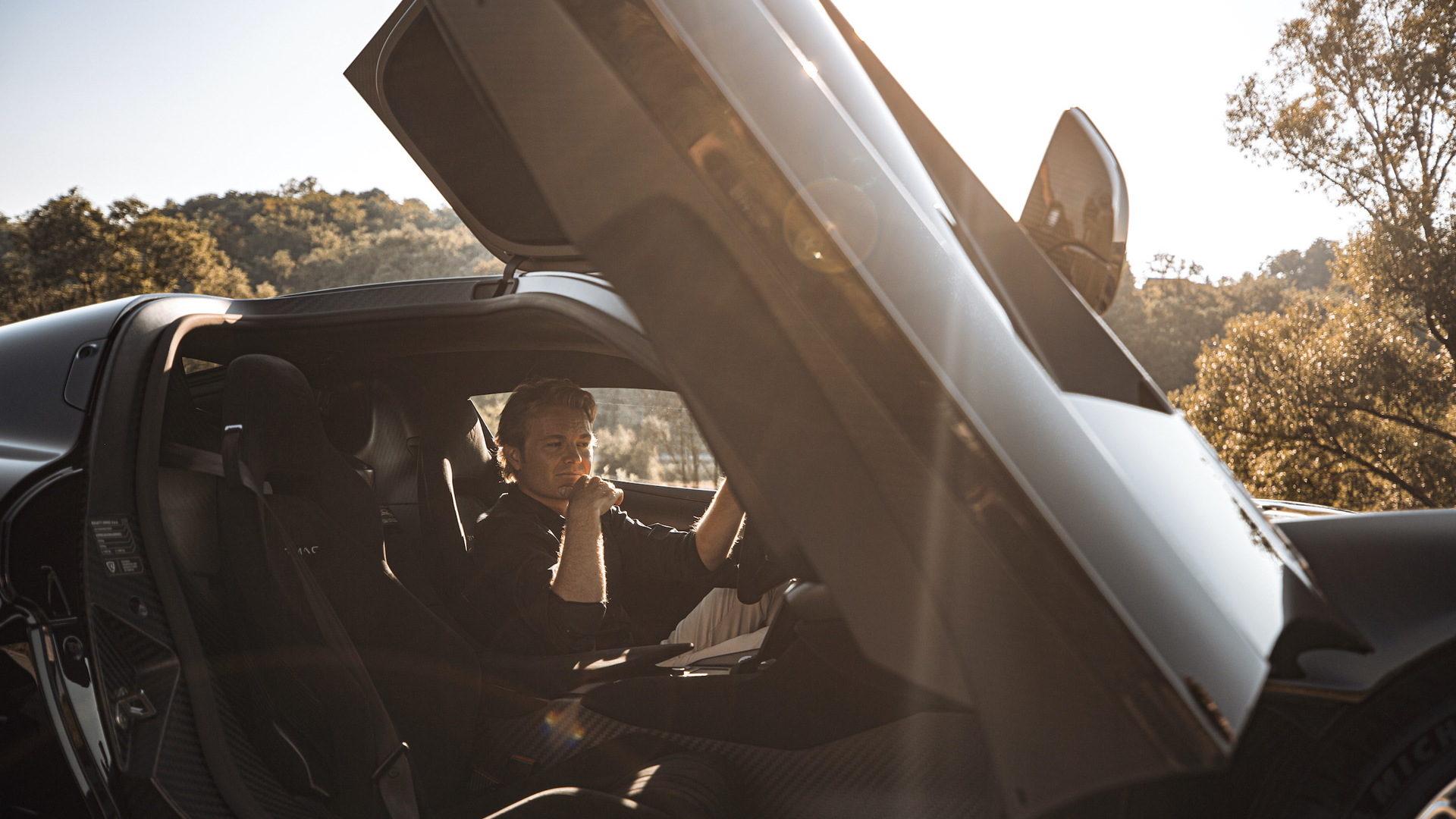 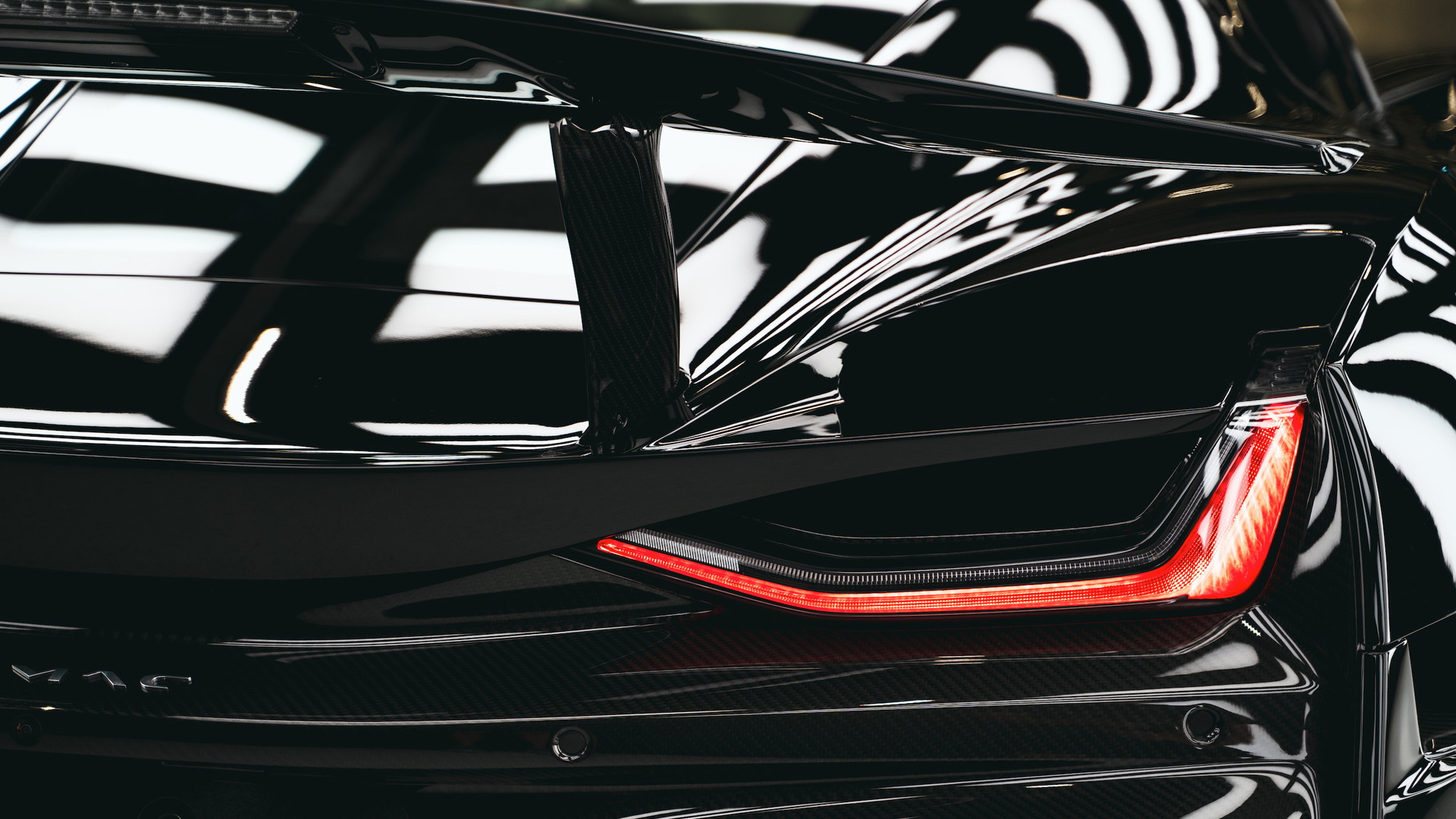 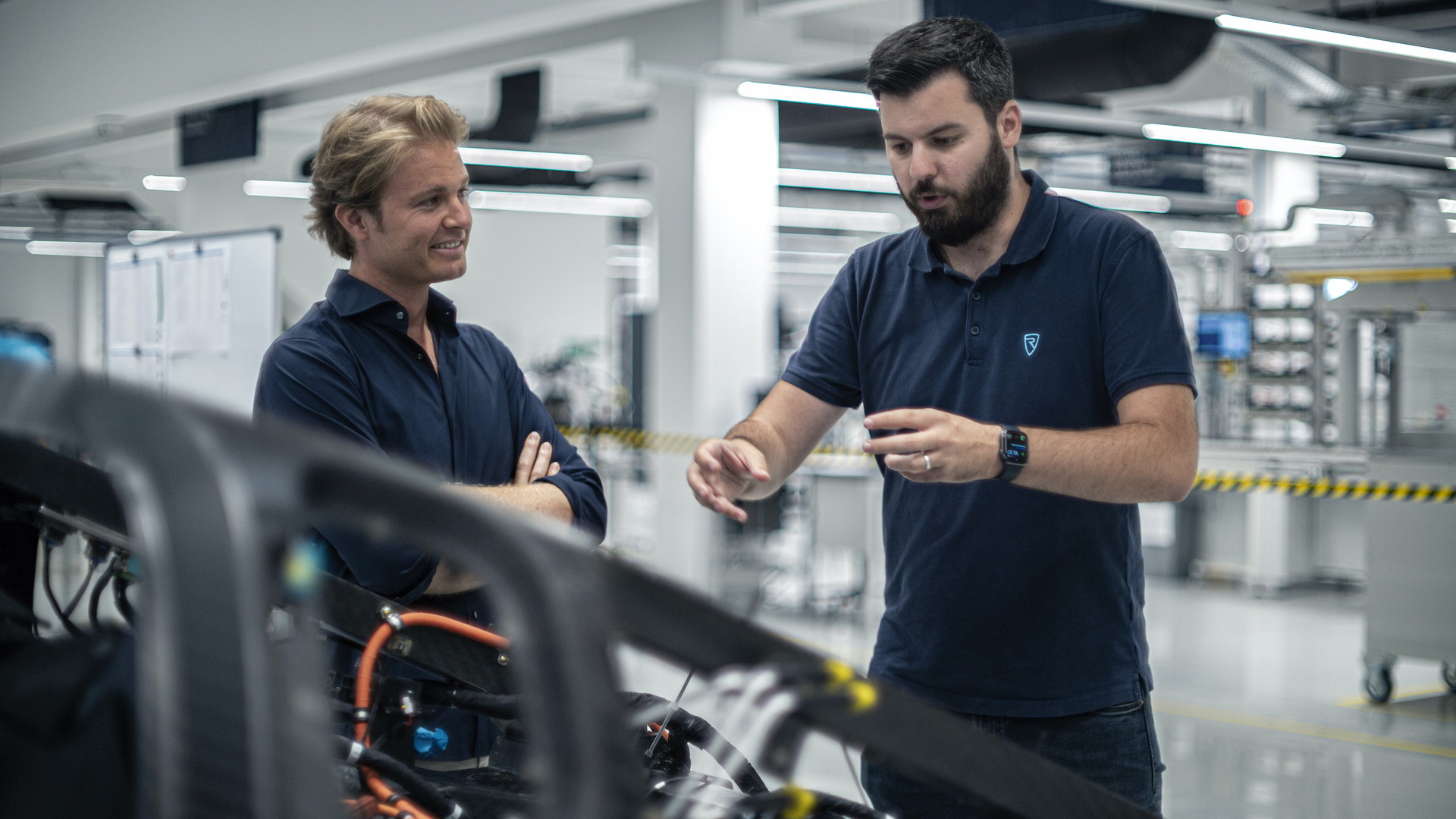 The Rimac Nevera electric hypercar finally entered production in July and the first customer example, the one with a VIN ending in 001, has been delivered to none other than 2016 Formula 1 world champion Nico Rosberg.

The F1 driver turned YouTuber recently visited Rimac's headquarters near Zagreb, Croatia, to meet with Rimac CEO and founder Mate Rimac to personally take delivery and enjoy a quick spin before having the car shipped back home to Monaco. It will be the first electric hypercar in the Principality.

Just 150 examples will be built, each with an individually numbered plaque showing the build sequence. While Rosberg's car is 001 of 150, signifying it as the first customer example, there's an earlier build with a VIN ending in 000 that Rimac is retaining. This is the green example Rimac presented during the 2022 Goodwood Festival of Speed back in June.

Rosberg's car features Rimac's Stellar Black paint in combination with exposed carbon fiber, polished wheels with the Nevera's available Vertex pattern, and gloss-black brake calipers. The interior is also decked out in black, including for the Alcantara trim.

“For me, this car represents absolutely everything I could ever want,” Rosberg said in a statement. “It showcases the very best of innovative electrification technology, bringing it into a car designed literally from the ground-up to be not just incredibly fast, or the fastest, but really great to drive, too.”

Build slots are still available though the first year of production is sold out. The price starts at 2 million euros (approximately $2.04 million). Each car takes roughly five weeks to assemble, with production handled by the newly minted Bugatti Rimac, the subsidiary at Rimac responsible for Bugatti and Rimac hypercars. Rimac also has a separate Rimac Technology subsidiary.

Nevera has already received global acclaim for its world-leading technologies and unrivaled performance. With 1,914 hp from a four-motor system, the hypercar is capable of accelerating from 0-62 mph in 1.85 seconds, to 100 mph in 4.3 seconds, and down the quarter-mile in 8.59 seconds. With ordinary driving, owners can expect 287 miles of range, as rated by the EPA.

There are still developments being made, which Rimac will provide to owners as software updates. One of these is an autonomous mode for popular racetracks around the globe. The idea is to provide the very brave with the experience of a hot lap driven by a professional driver. The system is already on pace with Rimac's test drivers, but it's not yet ready for prime time as it can be upset by factors like tire degradation and wet patches on the track surface.

With Nevera production underway, Rimac will move on to developing cars in concert with Bugatti. The new Bugatti Rimac has already teased four cars, the first of which may be revealed later this year.