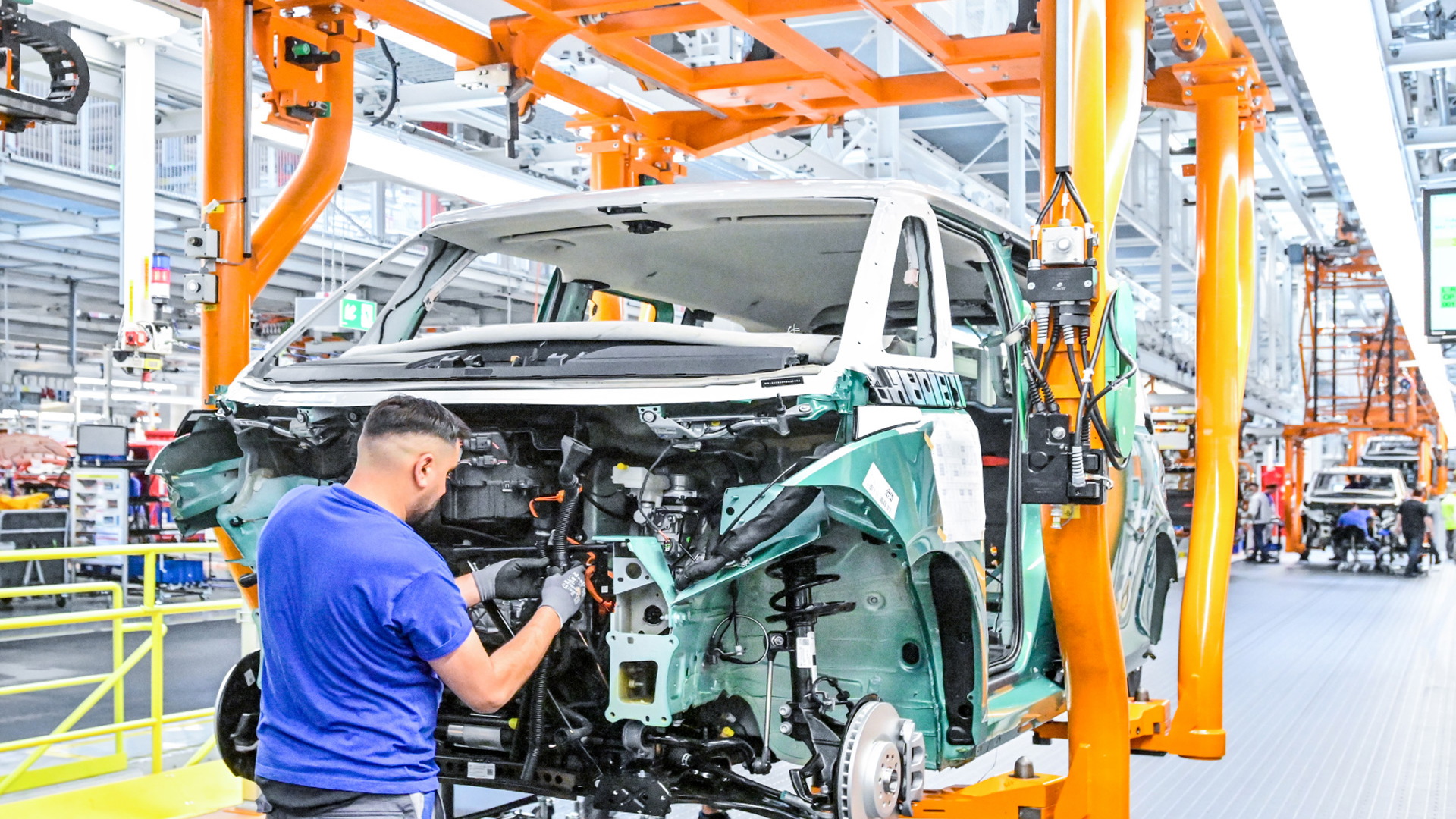 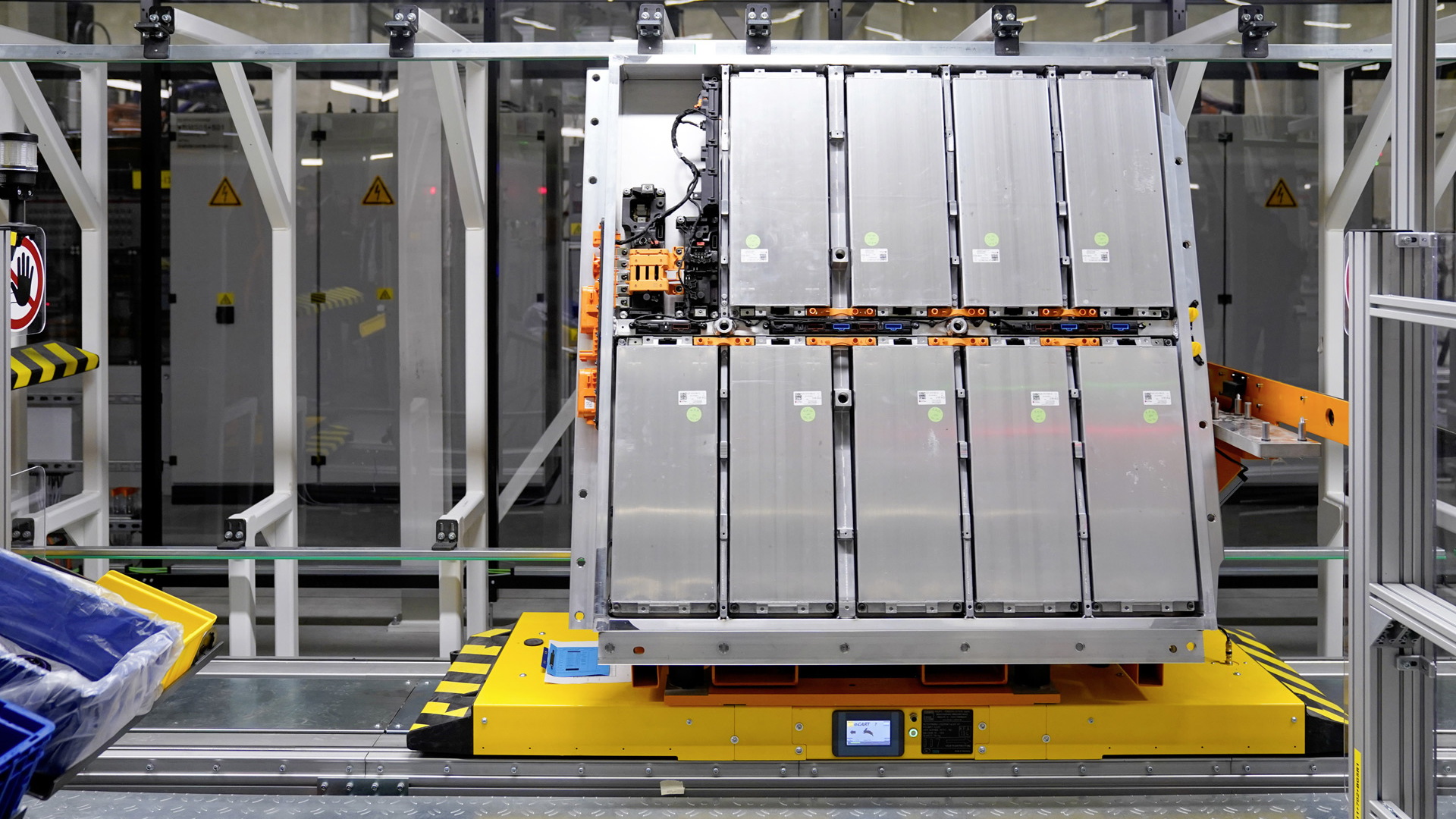 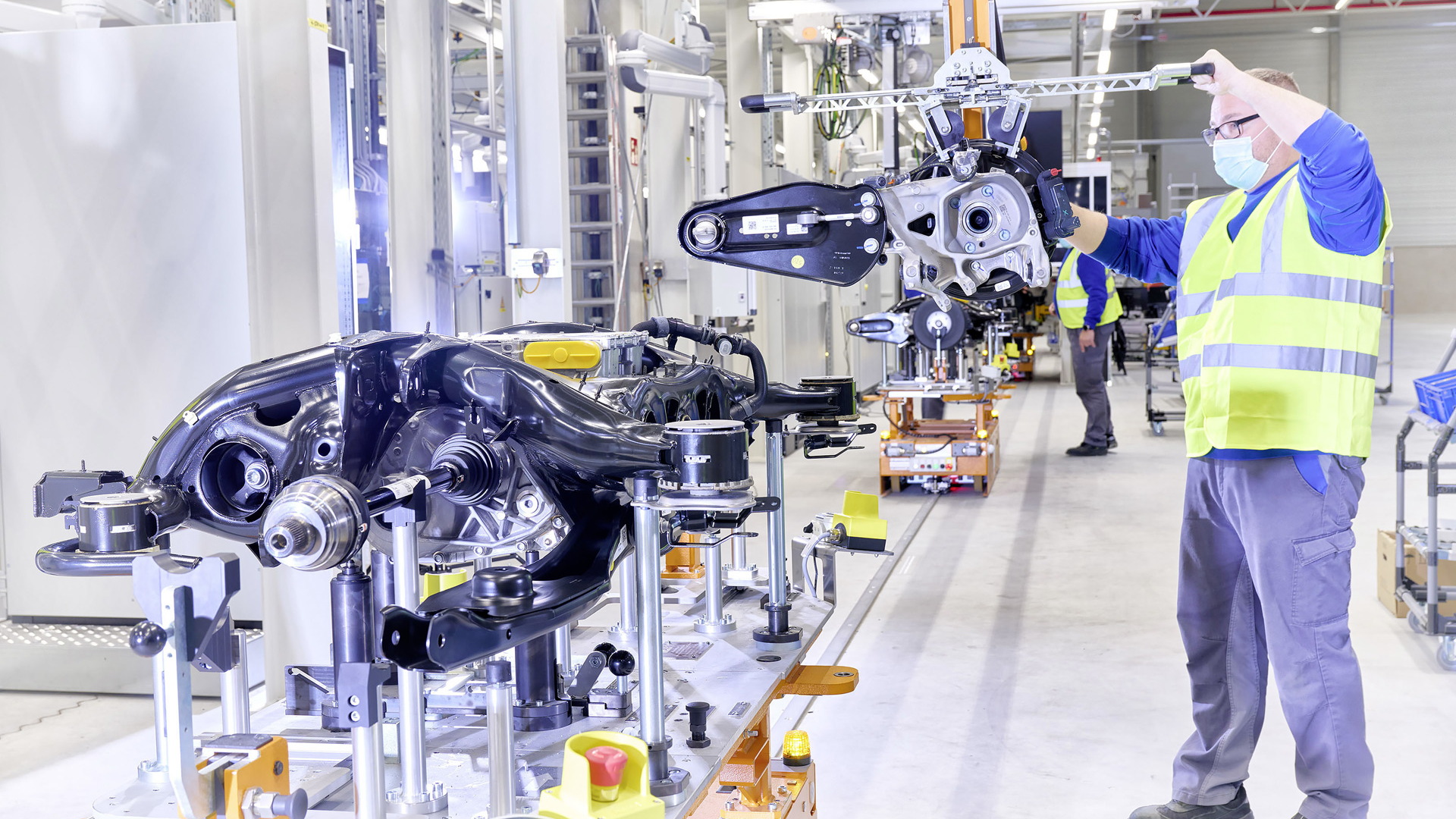 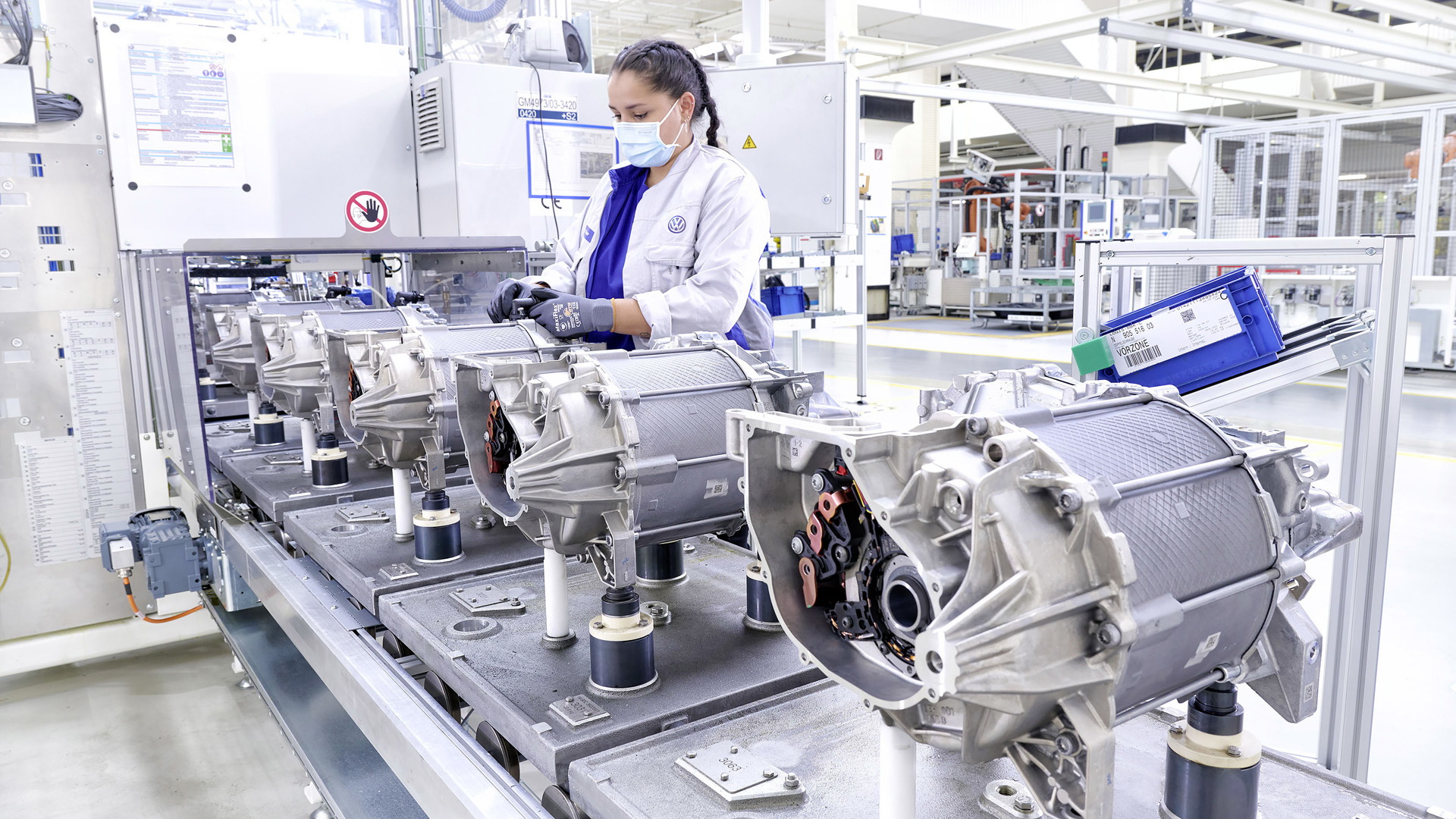 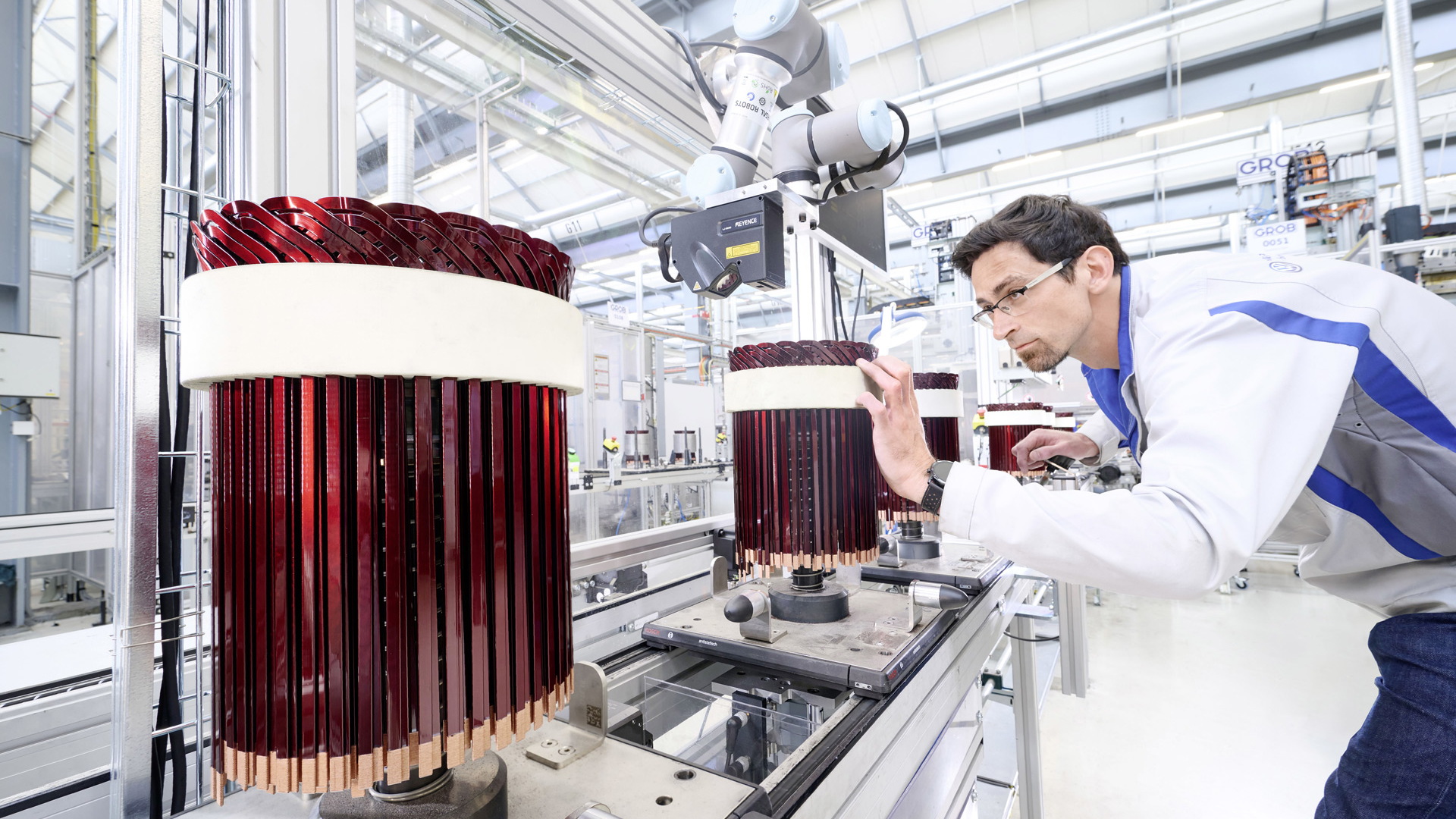 More than five years after it was first previewed as a concept, Volkswagen's ID.Buzz, the long-awaited successor to the iconic Microbus, is now in production.

Production of the first customer examples got underway last week at a plant in Hanover, Germany. The plant is where VW also builds its Transporter and Multivan models. Production of Audi and Bentley EVs will also be handled at the plant starting mid-decade.

Deliveries of the ID.Buzz in Europe start this fall but U.S. residents will have to wait a bit longer. VW has confirmed that the ID.Buzz will reach the U.S. in 2023 as a 2024 model. The delay is due to the U.S. receiving a long-wheelbase body style that's still in development.

VW is building both passenger and commercial versions of the ID.Buzz, the latter known as the ID.Buzz Cargo. It's likely the U.S. only receives the passenger version.

ID.Buzz specs for the U.S. will be announced closer to the market launch but the European version measures a short 185.5 inches in length and at present is offered exclusively with an 82-kilowatt-hour battery and 201-hp motor. The range approaches 250 miles on a charge.

Production volume for 2022 is expected to reach just 15,000 units but this number is scheduled to increase to 130,000 units after 2023 with the addition of more markets.

Impressively, around 92% of the body construction is automated, up 15% compared to the older Transporter van that's also built at the Hanover plant. According to VW, digitalization also enables large parts of the plant to be handled by computers and mobile devices, including even smartwatches.

According to reports, VW is also considering starting production of the ID.Buzz at its plant in Chattanooga, Tennessee. Production of the VW ID.4, which uses a version of the MEB platform also underpinning the ID.Buzz, starts in Chattanooga later this year. VW has also confirmed its Scout-branded electric pickup truck and SUV will start production in the U.S. around 2026. It isn't clear what platform the modern Scouts will use.