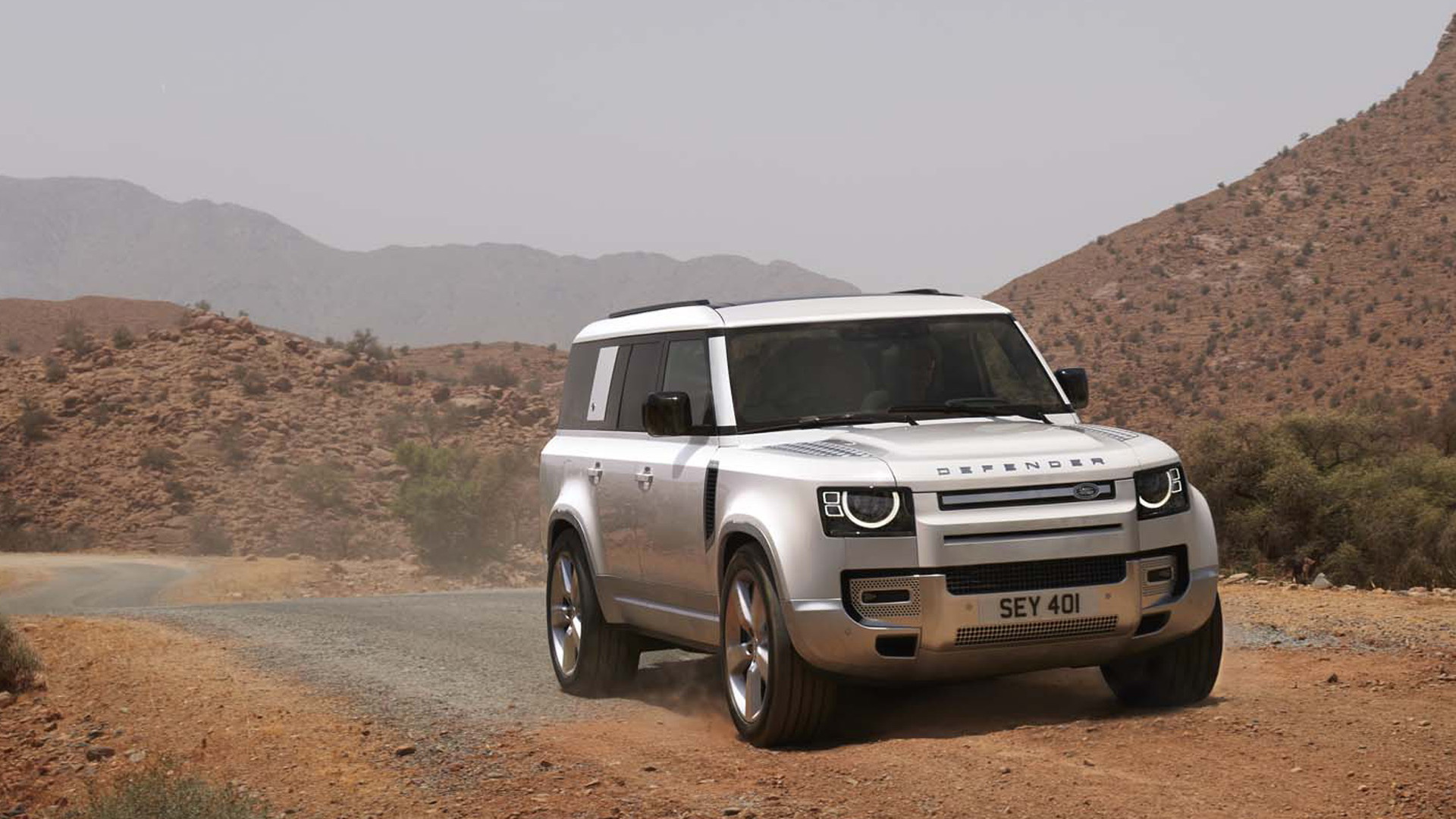 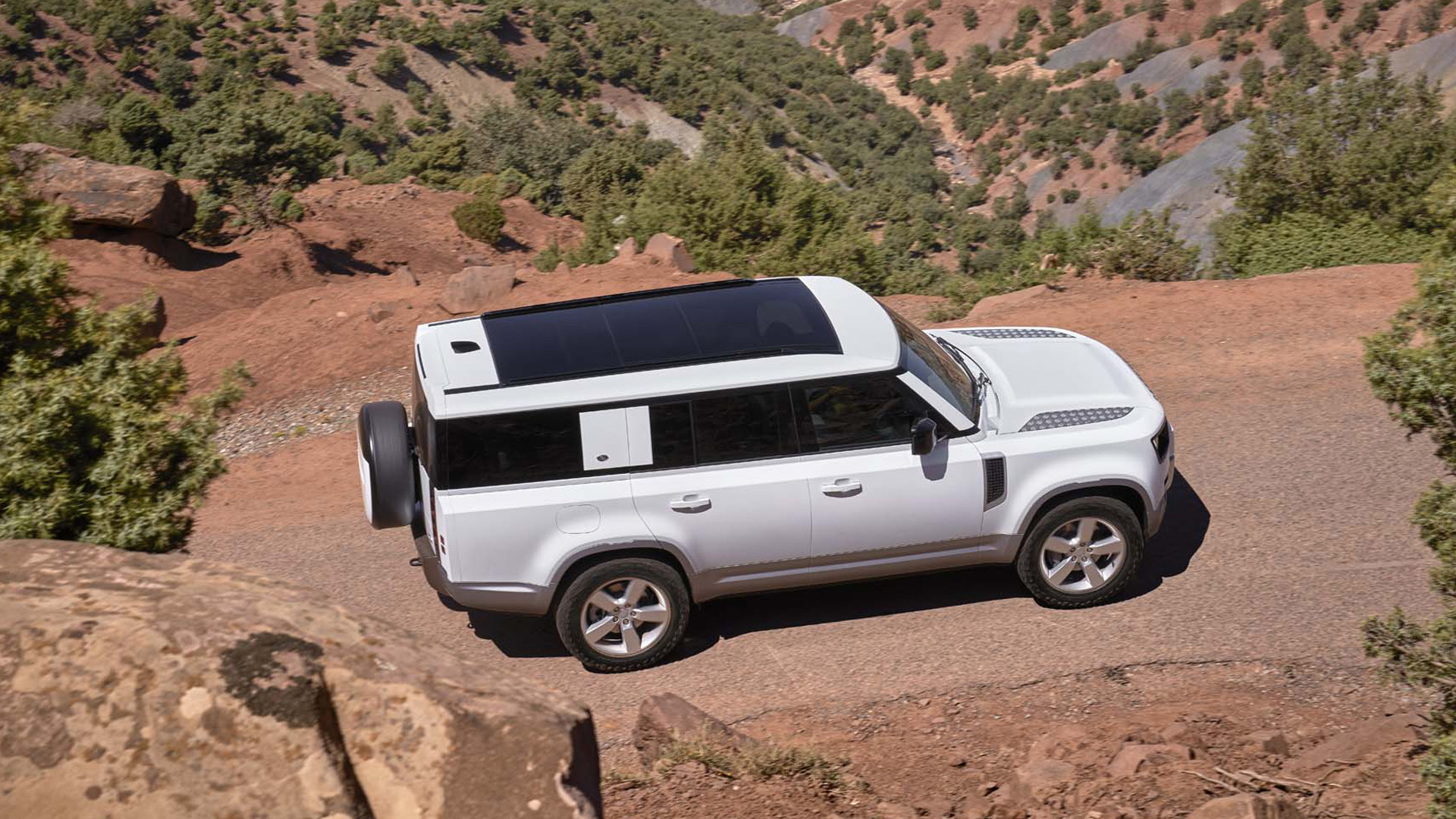 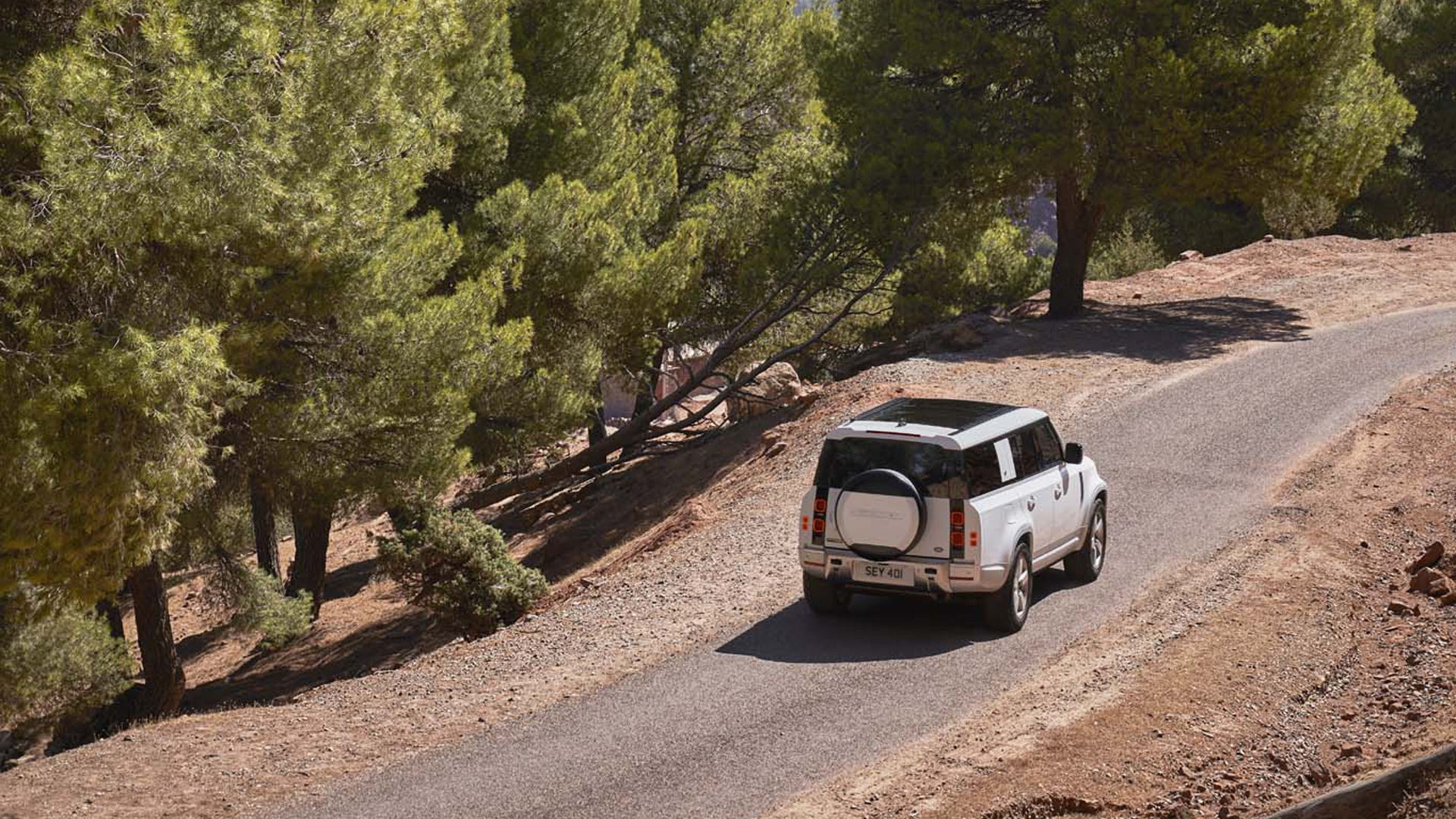 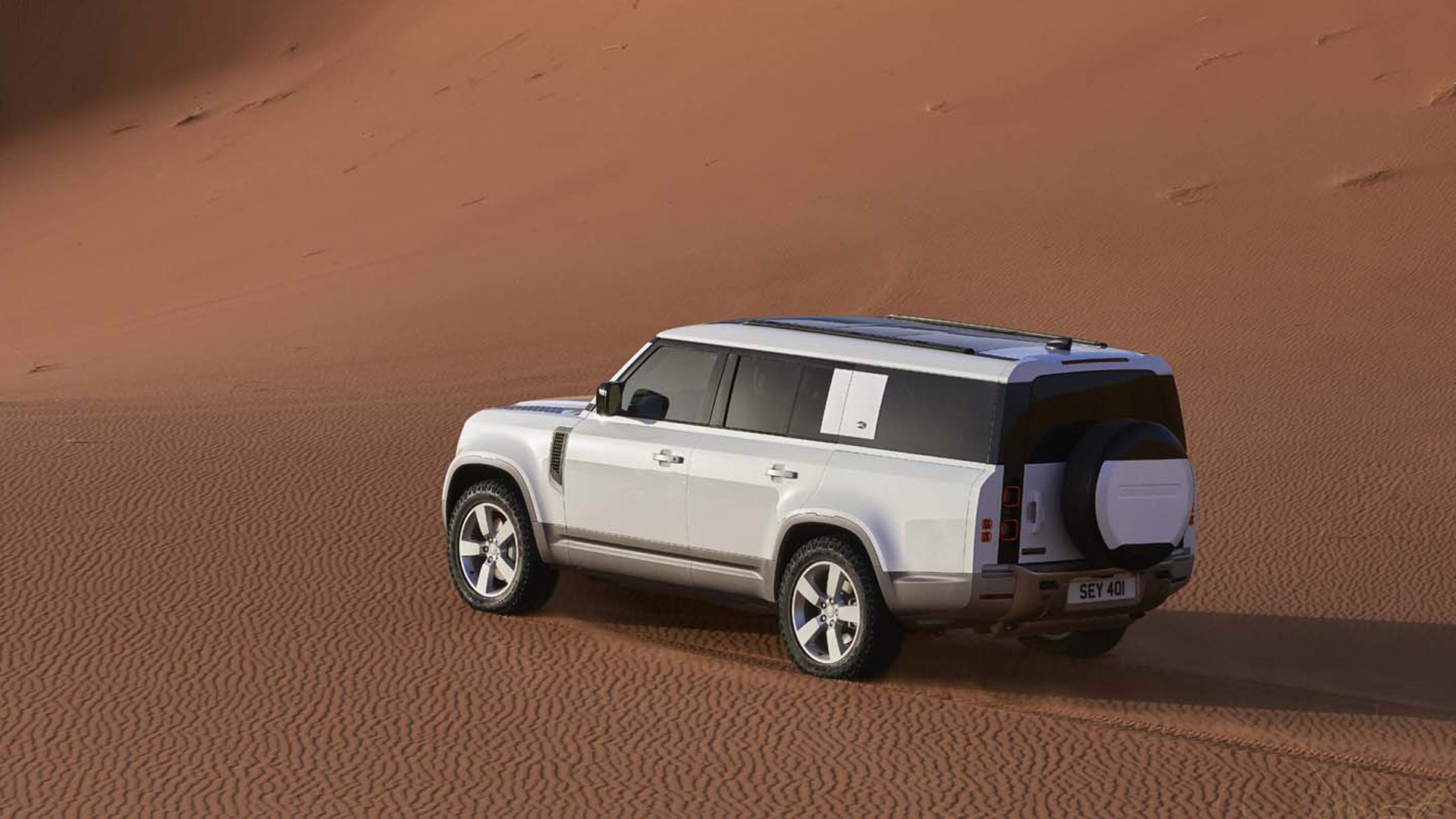 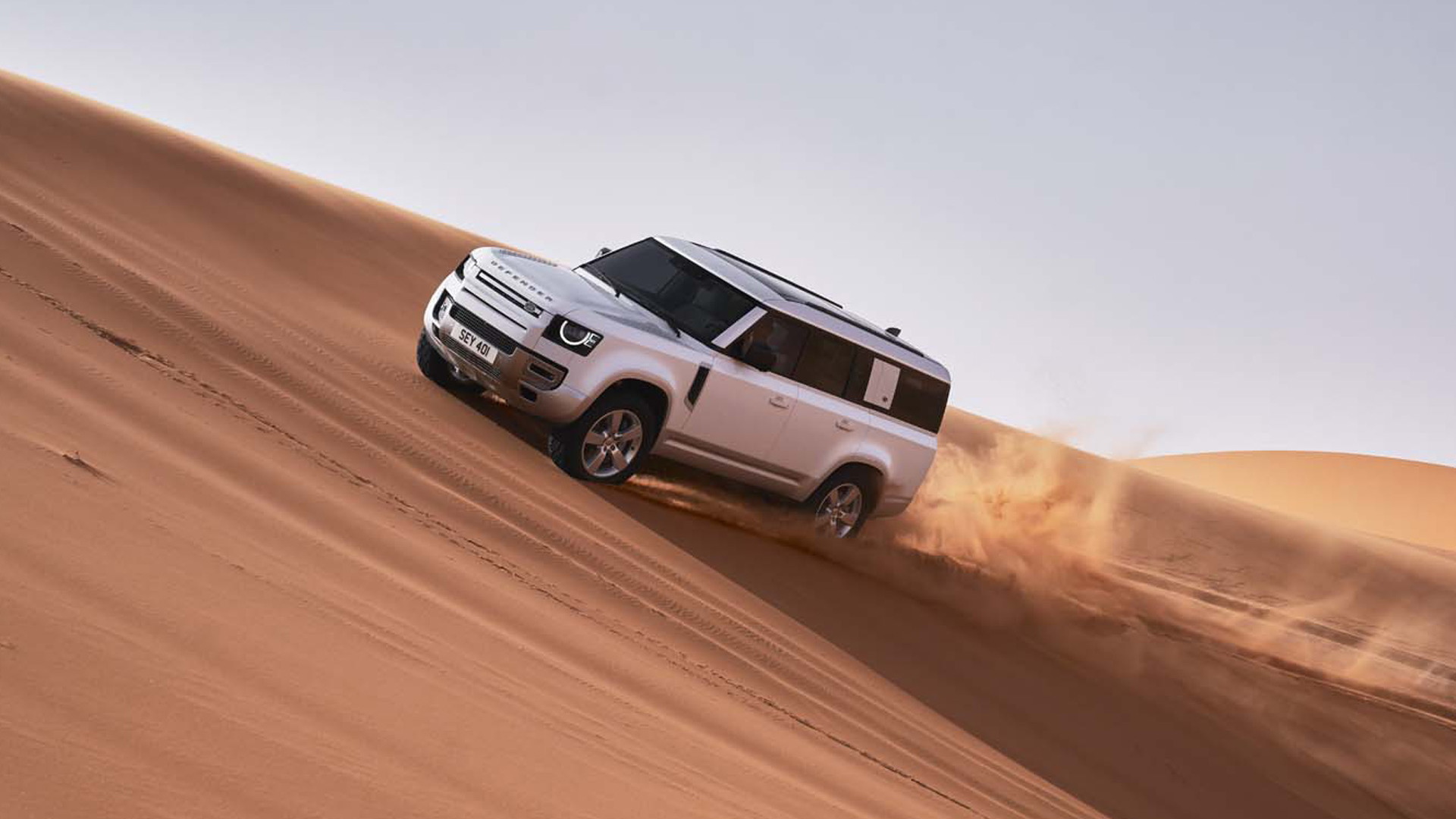 The Land Rover Defender has spawned a third body style in the form of the stretched Defender 130.

The Defender 130 boasts seating for up to eight, spread over three rows, with two seats in the first row and three seats in each of the second and third rows. The Defender 110 also has three rows, but the third row in that body style sports only two tiny seats that are suitable for small children only.

The Defender 130 actually matches the 119-inch wheelbase of the Defender 110. The extra length of 13.38 inches comes from a stretched rear that brings the overall length of the vehicle to 211 inches, which is just shy of the standard length Cadillac Escalade's 211.9 inches. As a result, you get a maximum 88.9 cubic feet of storage when rows two and three are folded flat. With all rows in place, you're looking at 13.7 cubic feet of storage.

In case you were wondering, the numerical elements of the various Defender names date back to the original Defender, when they roughly correlated with wheelbase lengths.

The P400 delivers 0-60 mph acceleration in 6.3 seconds while the P300 does the same in 7.5 seconds. In both cases there's an 8-speed automatic, all-wheel drive, and air suspension with adaptive dampers. Maximum towing capacity is 8,200 pounds and maximum wading depth is 35.4 inches of water. The ground clearance is 11.4 inches and the approach, departure and breakover angles are 37.5, 28.5 and 27.8 degrees, respectively.

We've spotted Land Rover testing Defender 130 prototypes powered by a V-8 engine, meaning we should see an additional powertrain option at some point. It's possible the V-8 is the BMW 4.4-liter twin-turbocharged V-8 already fitted to the latest Range Rover and Range Rover Sport, where it delivers 523 hp.

Unique to the Defender 130 is a color called Sedona Red, as well as four-zone climate control. The Defender 130 also features as standard the new 10.25-inch infotainment screen introduced with the V-8 versions of the Defender 90 and Defender 110. The Defender's 11.4-inch curved display is an alternative. For early birds, a First Edition model with curated design and technology features will be available.