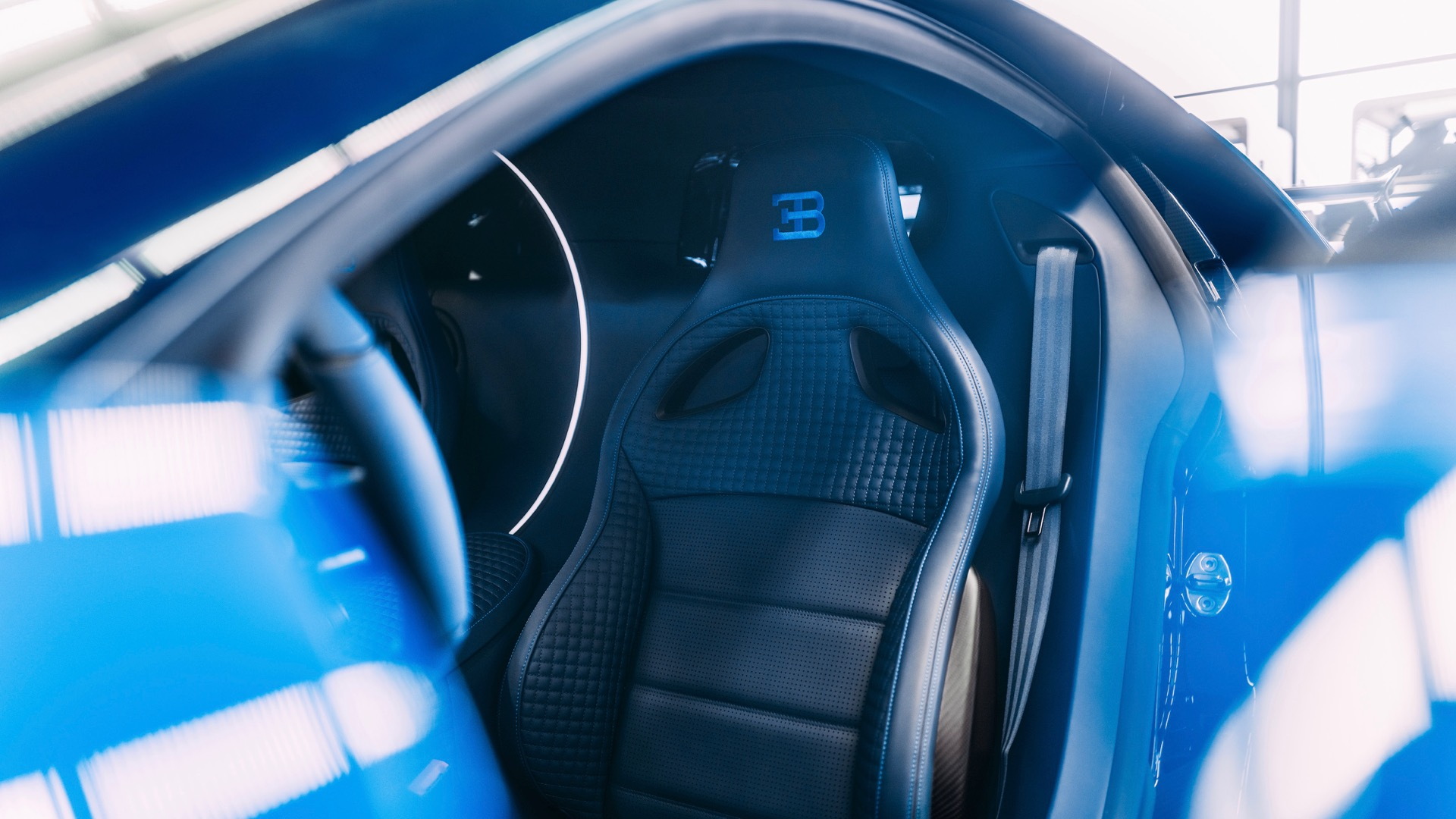 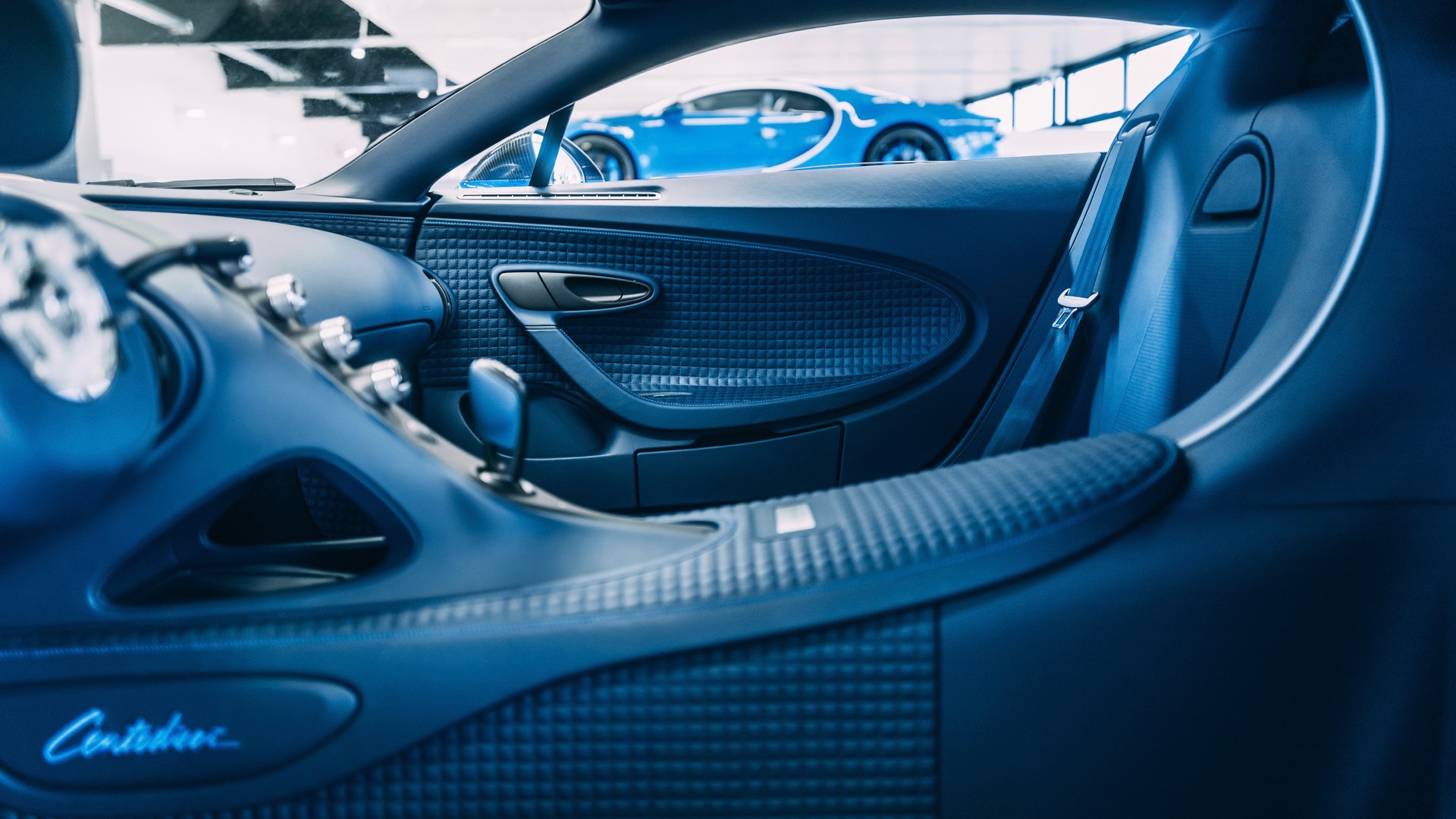 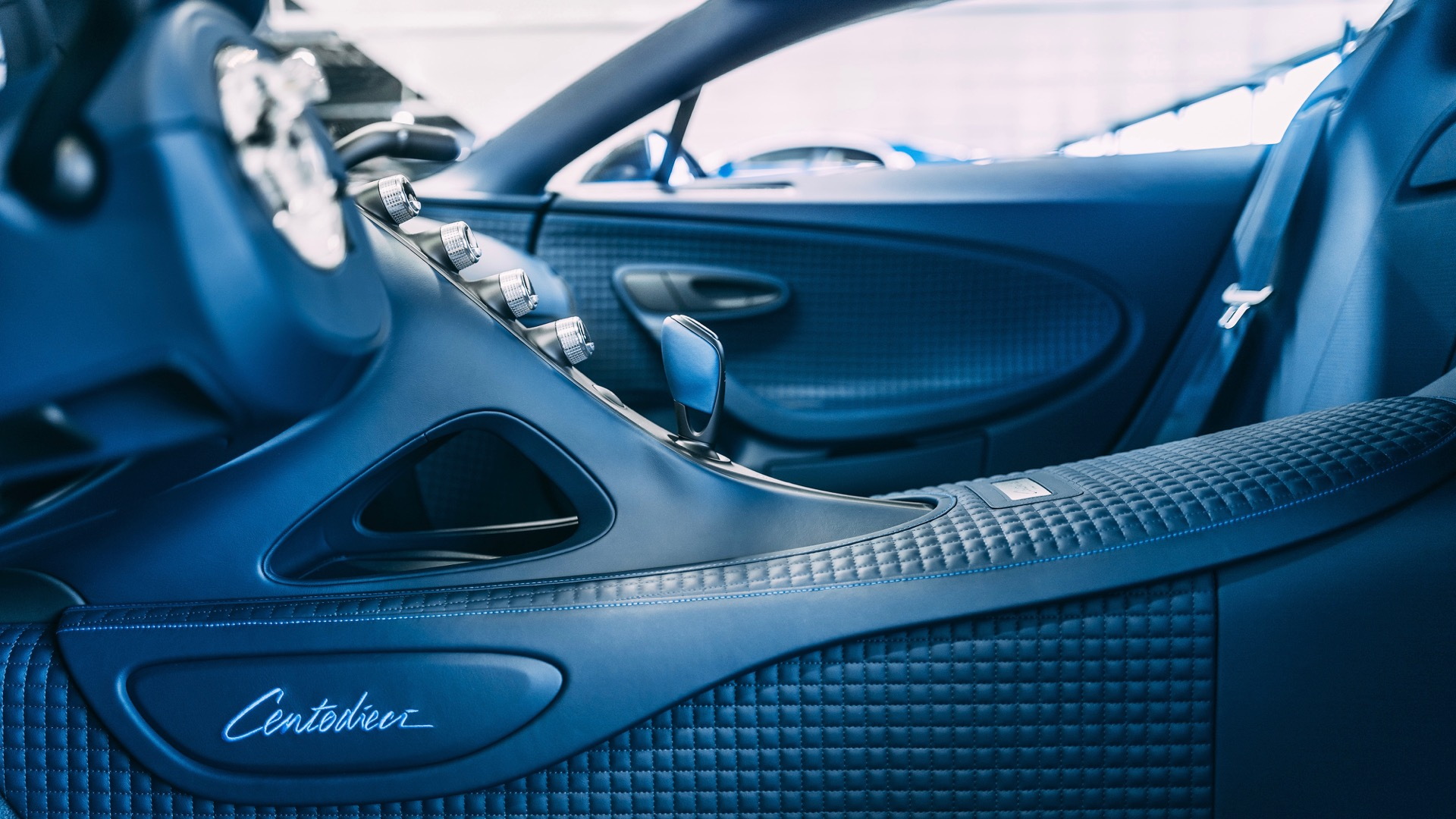 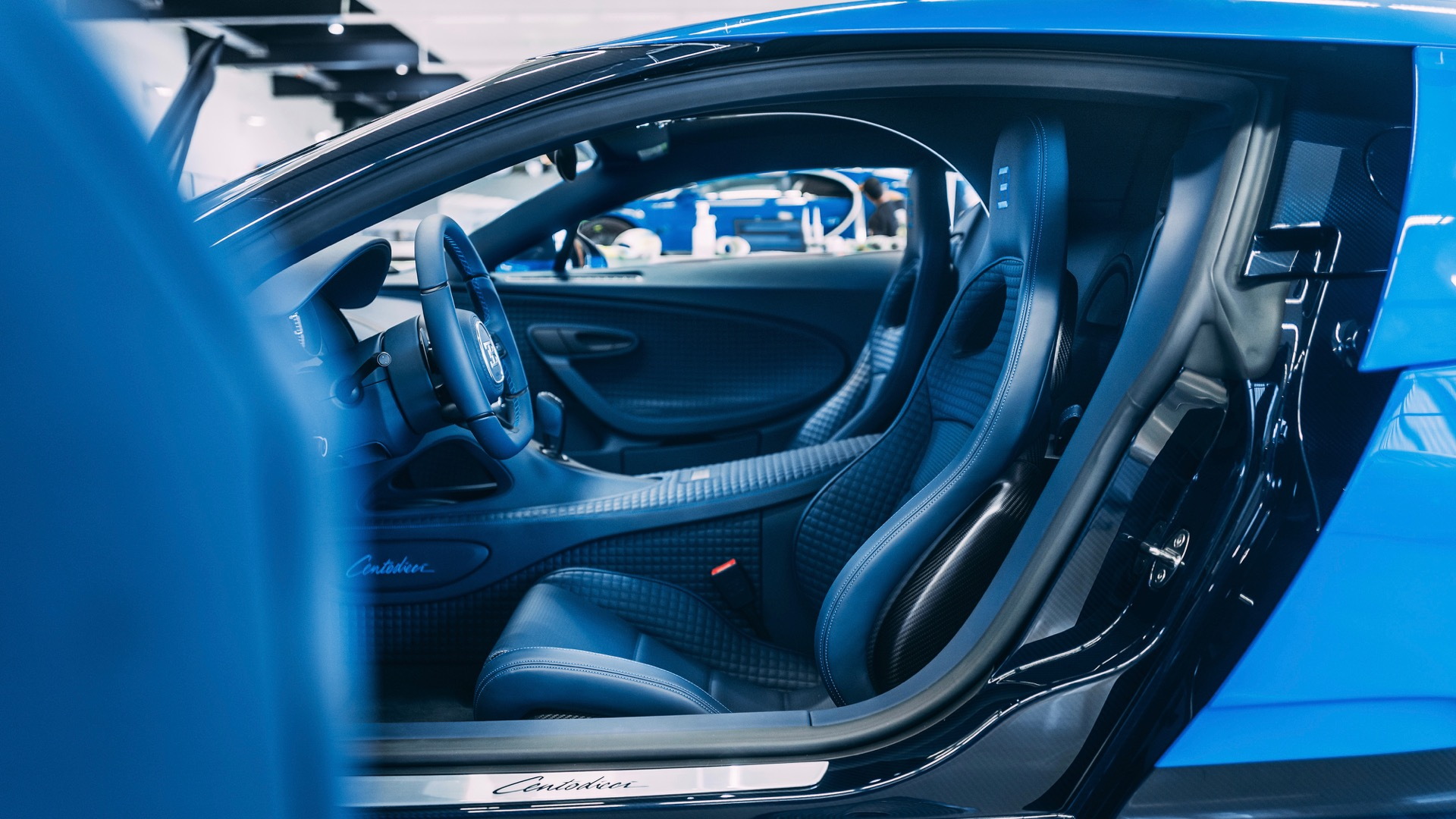 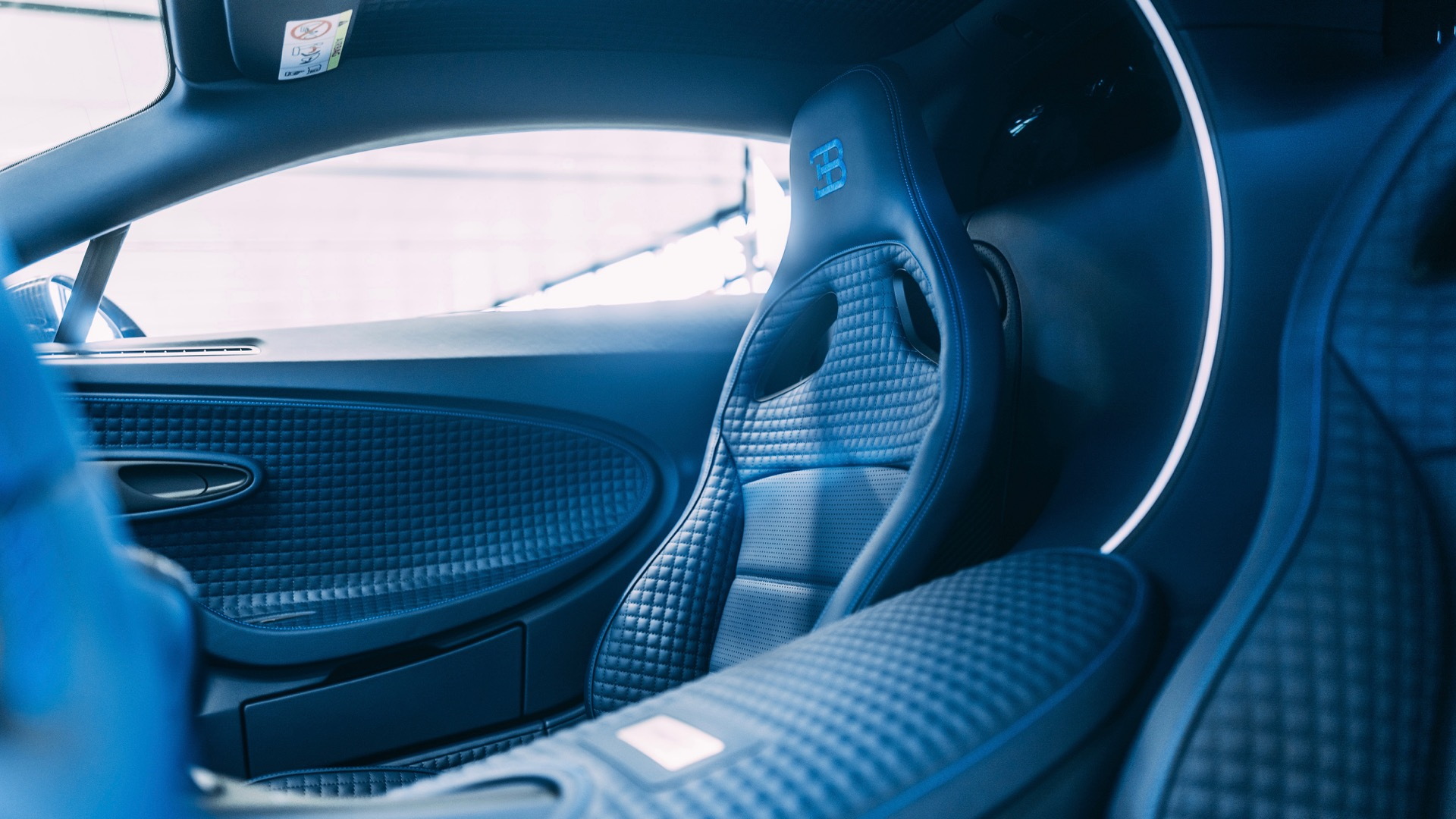 The Bugatti Centodieci is a modern tribute to the Bugatti EB 110. That's reflected not only in the exterior styling, but also the interior of this limited-edition supercar.

The Centodieci interior was specifically inspired by the Super Sport version of the EB 110, Bugatti said in a press release. Italian businessman Romano Artioli launched the EB 110 in the 1990s in an ill-fated attempt to revive Bugatti. All versions featured a quad-turbocharged 3.5-liter V-12, and while the standard EB 110 had 552 hp, the Super Sport boasted 592 hp.

This gave the EB 110 earth-shattering performance for its day. Bugatti said it could do 0-62 mph in 3.2 seconds, and a 218-mph top speed briefly made the EB 110 the world's fastest production car.

While it was a commercial failure, the early 1990s revival of Bugatti also laid the groundwork for Volkswagen's purchase of the brand in 1998 and the eventual development of the Veyron and Chiron. So the Centodieci has quite a legacy to live up to.

The Centodieci is based on the Bugatti Chiron, but nearly every part of the interior was customized, according to Bugatti. The armrests, door panels, central tunnel, roof liner, and seats are all unique to the Centodieci, the automaker said, adding that these components were developed "virtually from scratch" in just under a year.

Callbacks to the EB 110 Super Sport include a chessboard upholstery pattern and an embossed "EB" logo in the headrests. Customers can swap the latter for their own personalized logos, Bugatti noted. The entire interior takes about 16 weeks to complete.

Production is limited to 10 units priced at roughly $8.9 million each, all of which sold out within hours of the Centodieci's 2019 unveiling. After almost three years, Bugatti says development work is complete. It plans to deliver the first customer cars in a few weeks.