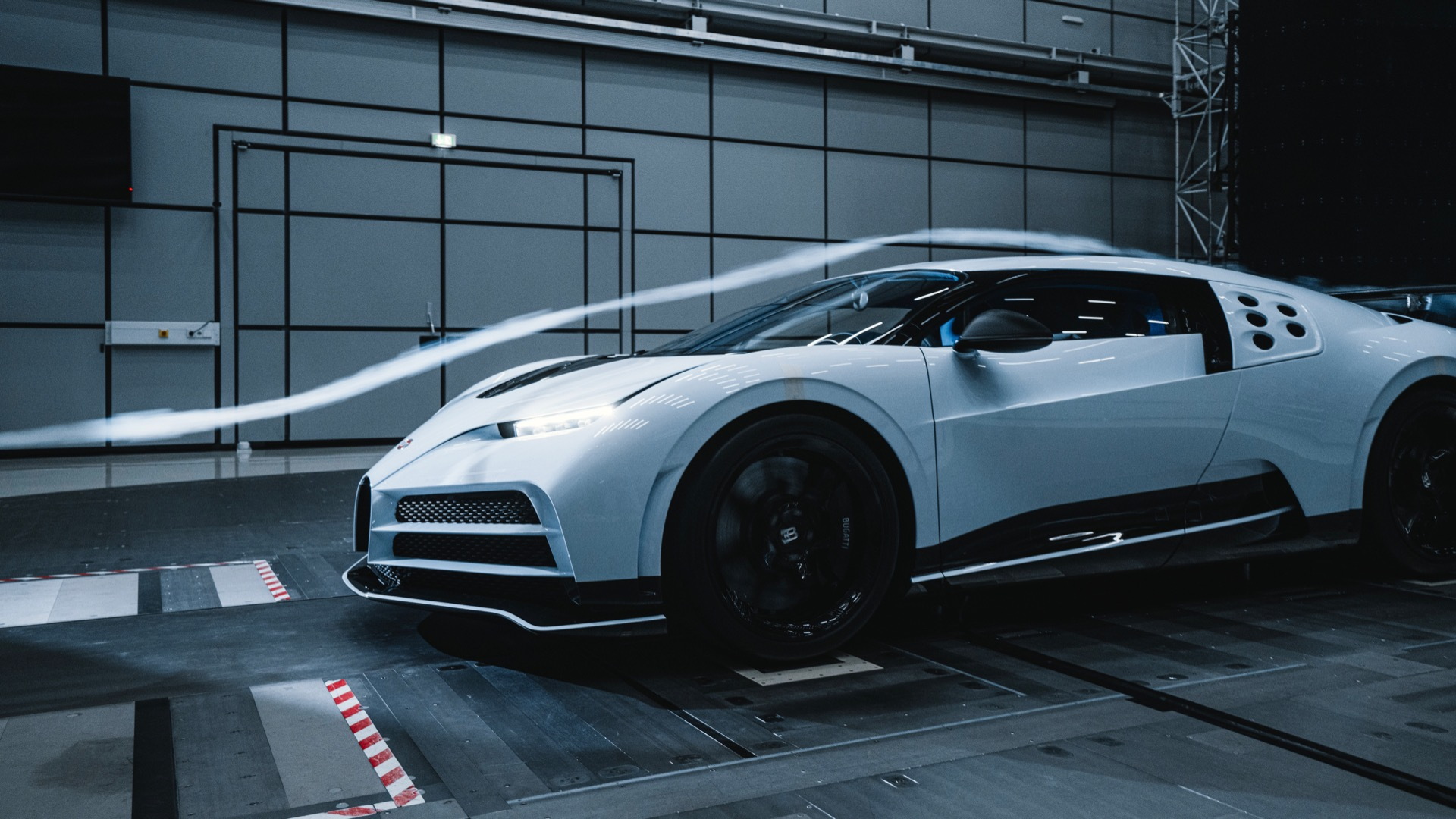 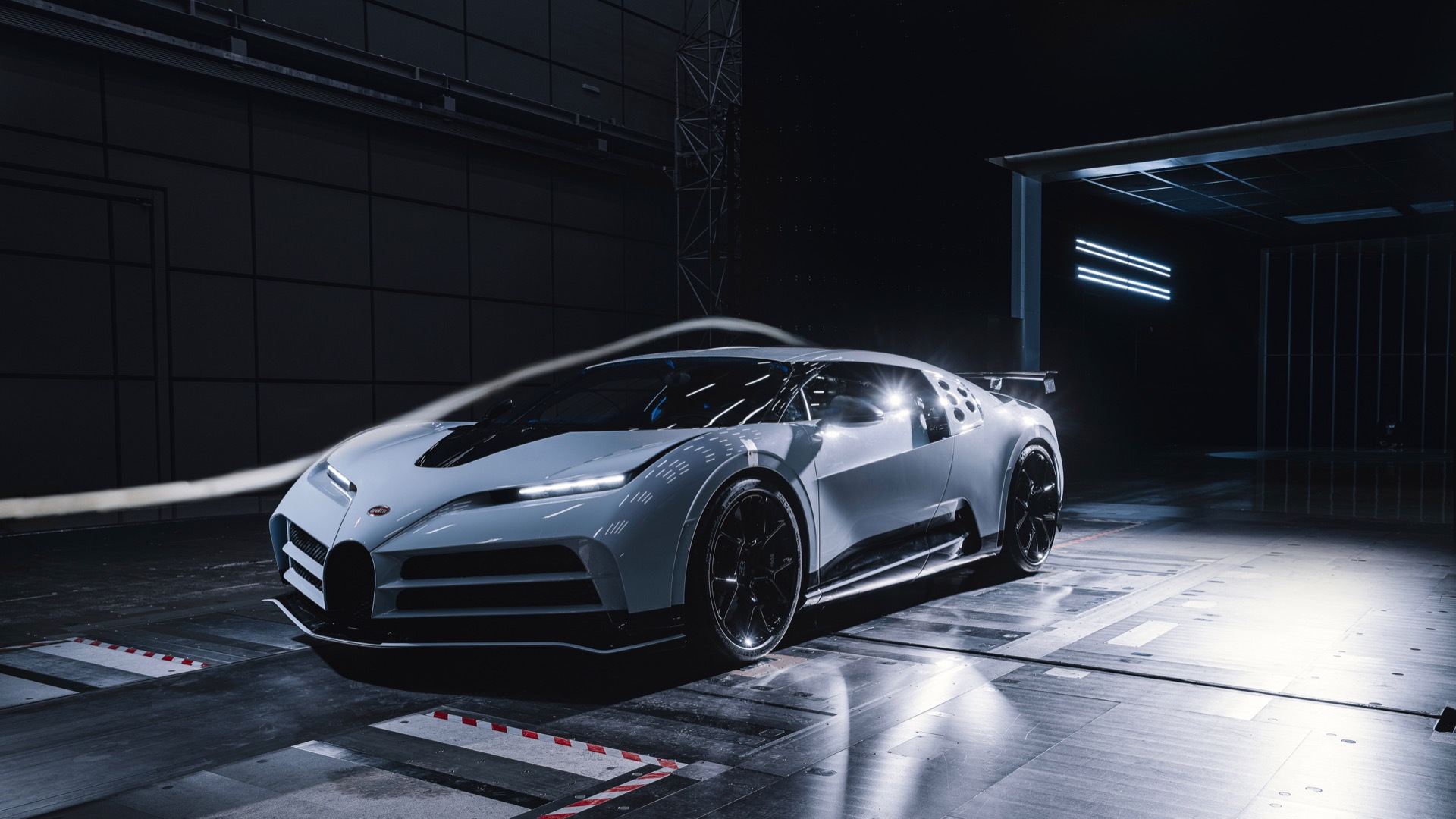 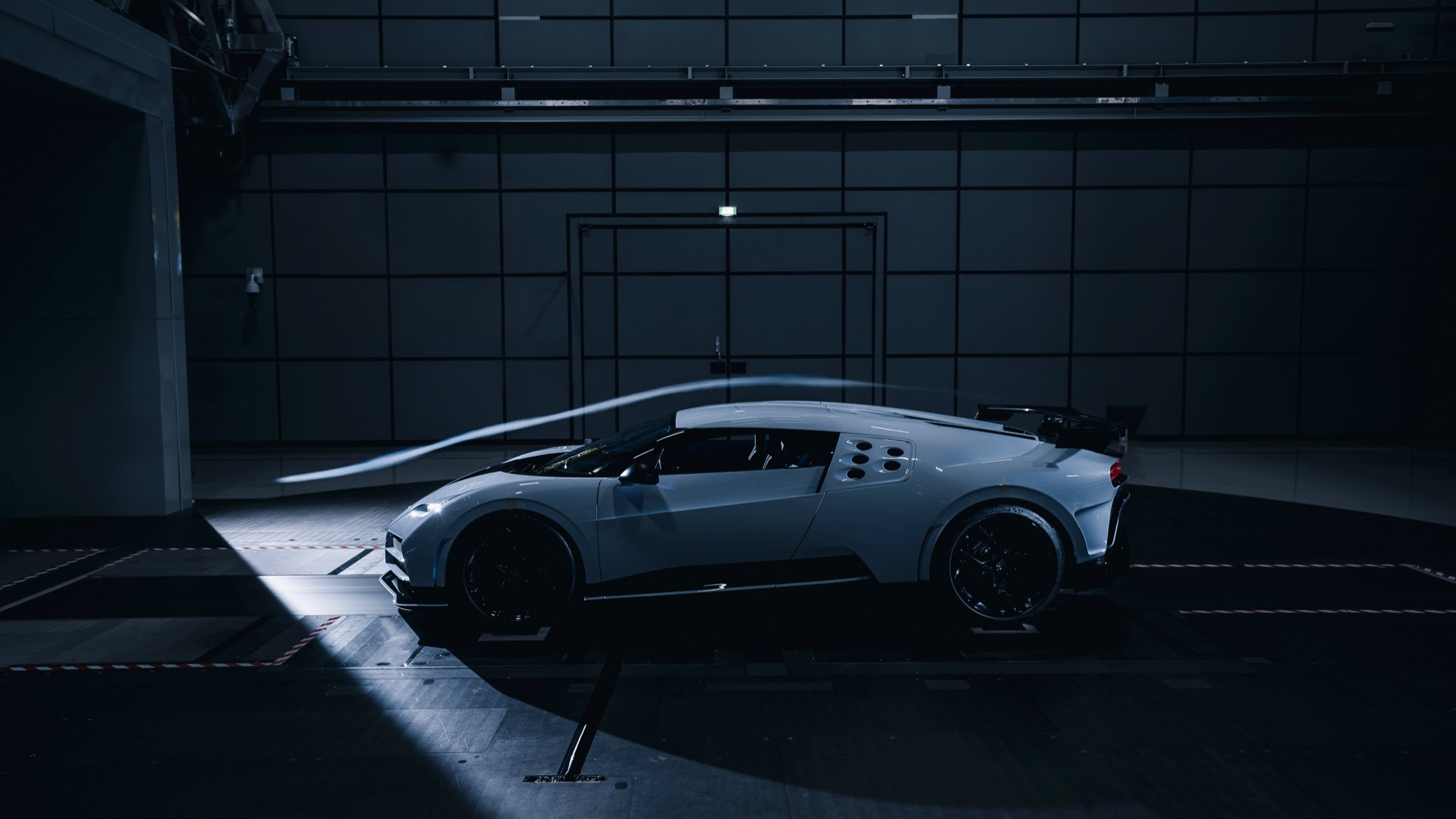 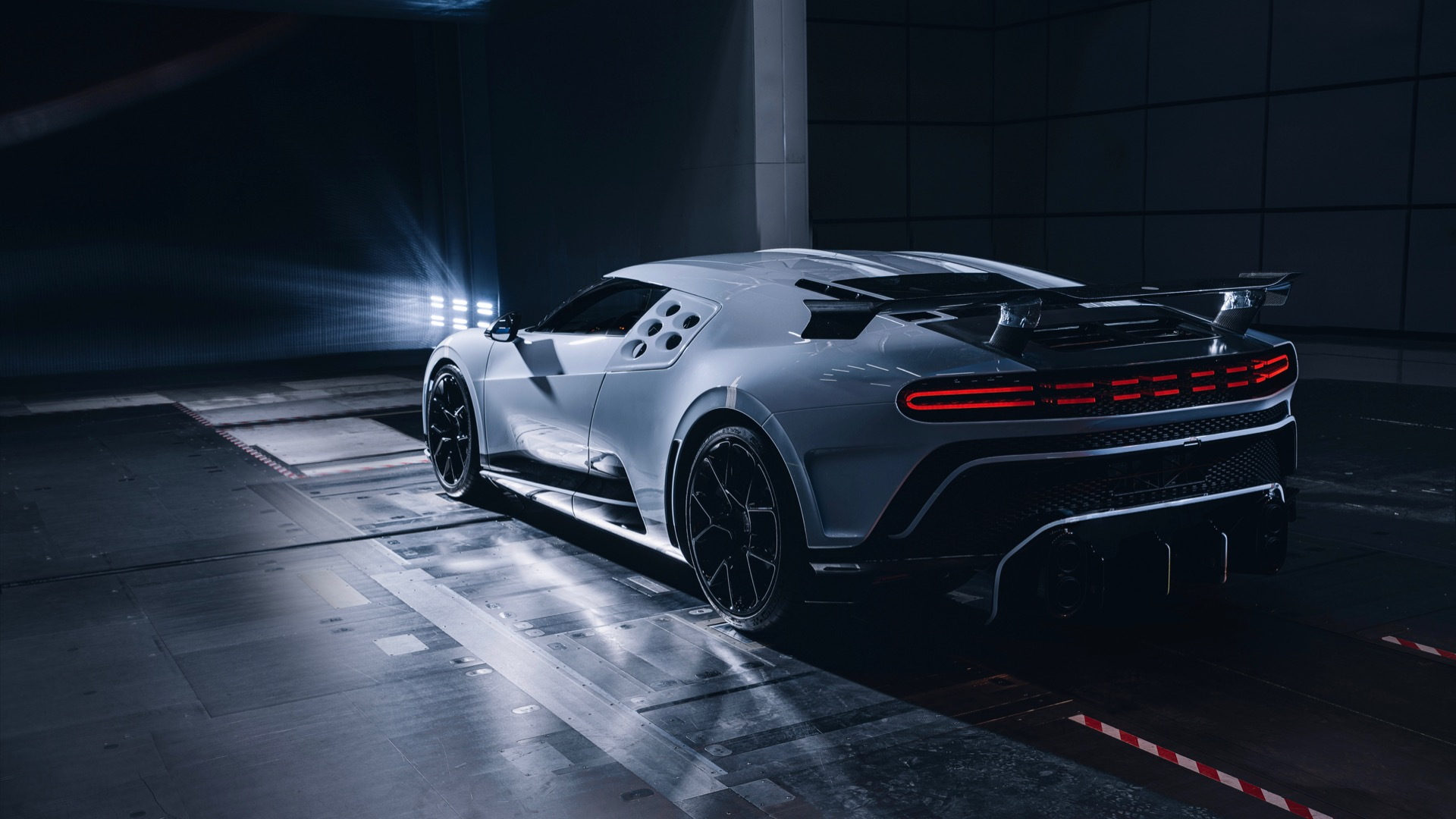 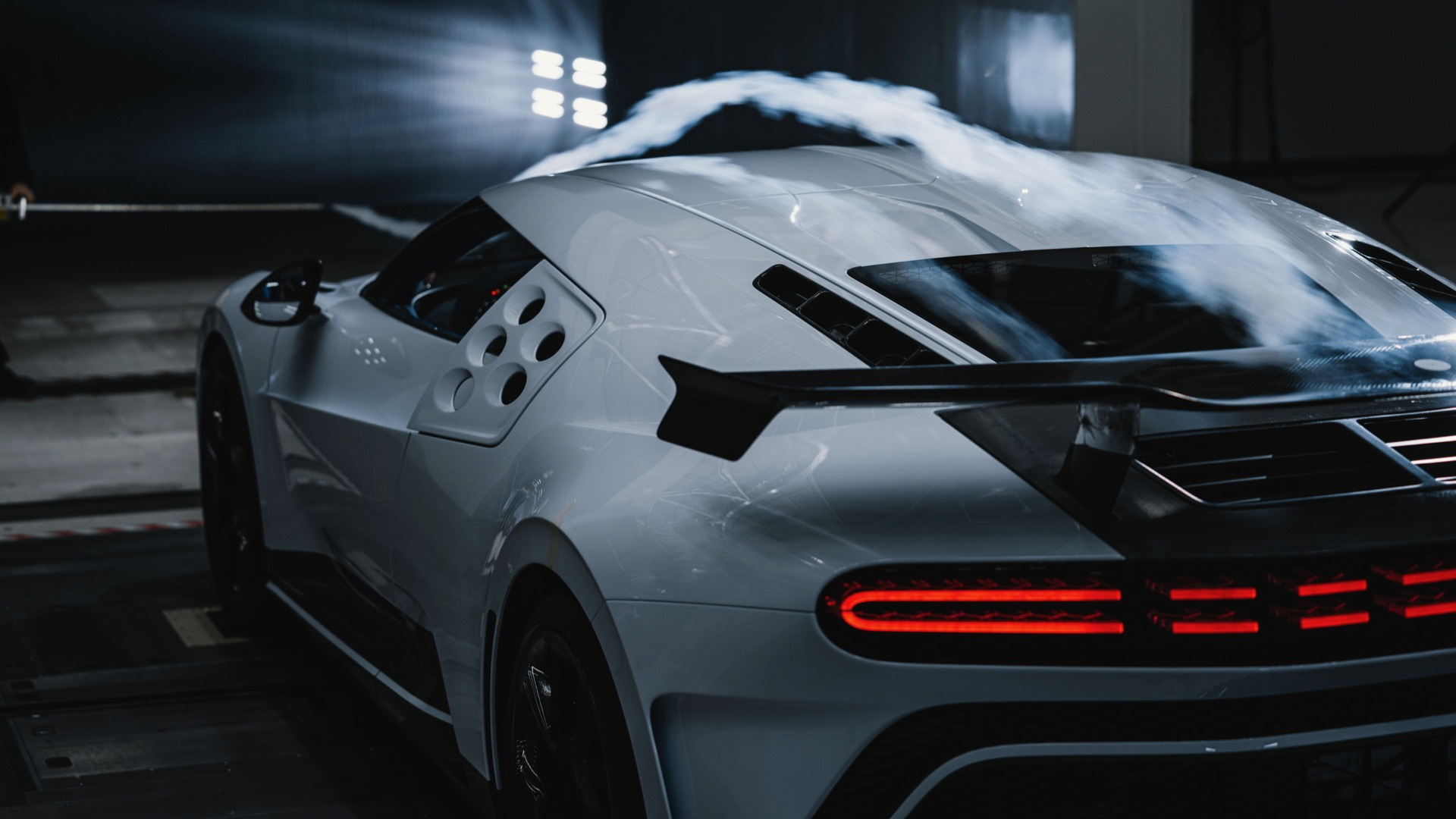 Inspired by the Bugatti EB 110, the Chiron-based Centodieci was unveiled in 2019 and, despite an $8.9 million price tag, almost immediately sold out. Since then, Bugatti has been working to make the Centodieci production ready, including track testing at the Nürburgring and a few rounds in the wind tunnel.

Tests included subjecting the Centodieci to winds of up to 186 mph in five bands, including one directed at each wheel and one running underneath the car. This was to check for airflow under the car and into the wheel wells, which could create lift and destabilize the car at speed.

While it is based on the Chiron platform, and only has a planned production run of 10 units, the Centodieci has enough aerodynamic changes to warrant a full battery of tests. For example, the flatter front end and smaller grille cause air to flow differently around the car than a Chiron.

The Centodieci's inspiration was one of the greatest supercars of the 1990s. The brainchild of Italian businessman Romano Artioli, the EB 110 brought the Bugatti name back after decades of hibernation, and boasted a top speed of 218 mph. The EB 110 was a commercial failure, but it kept Bugatti alive long enough to be acquired by the Volkswagen Group, which laid the foundation for the Veyron and Chiron.