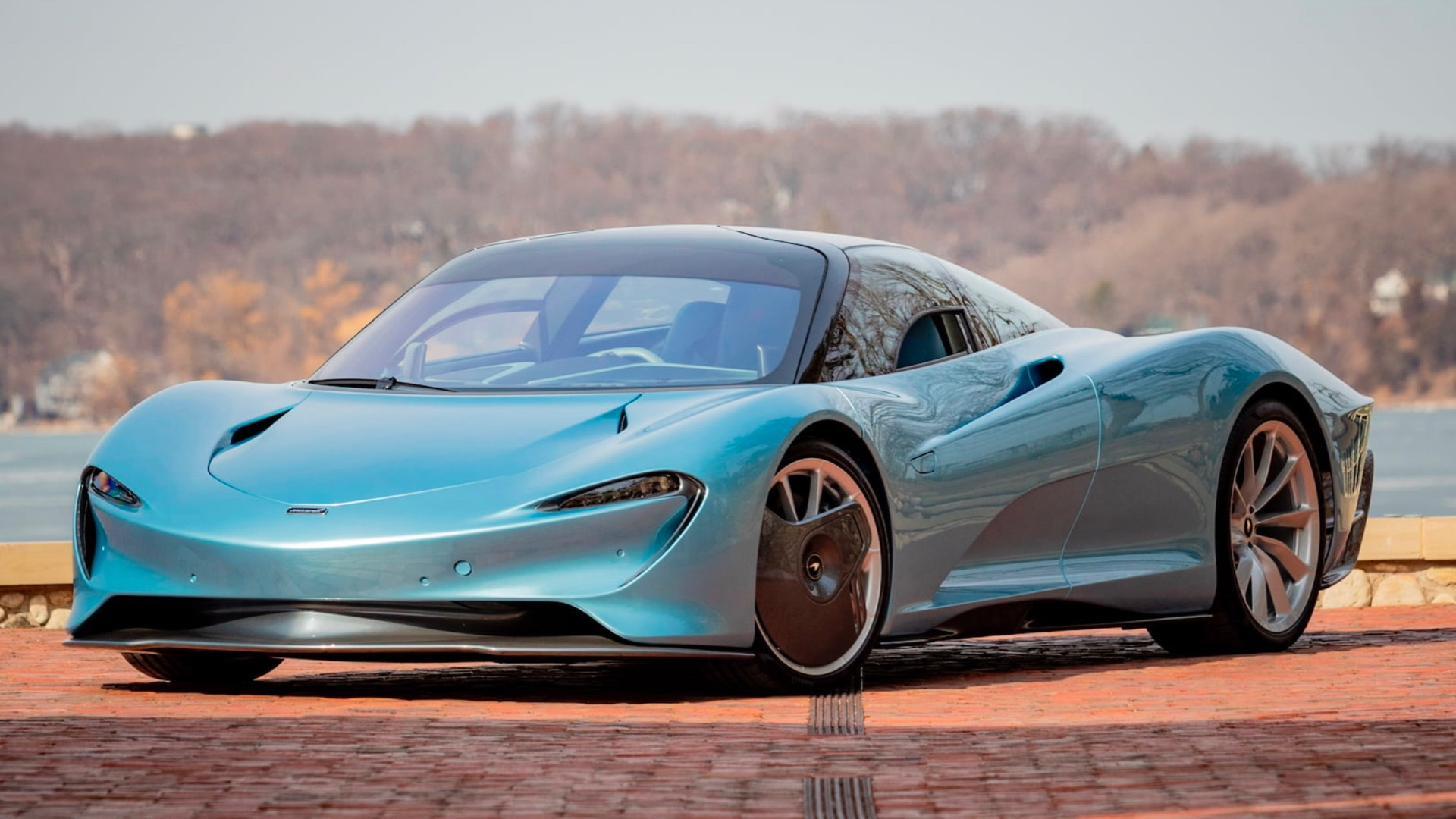 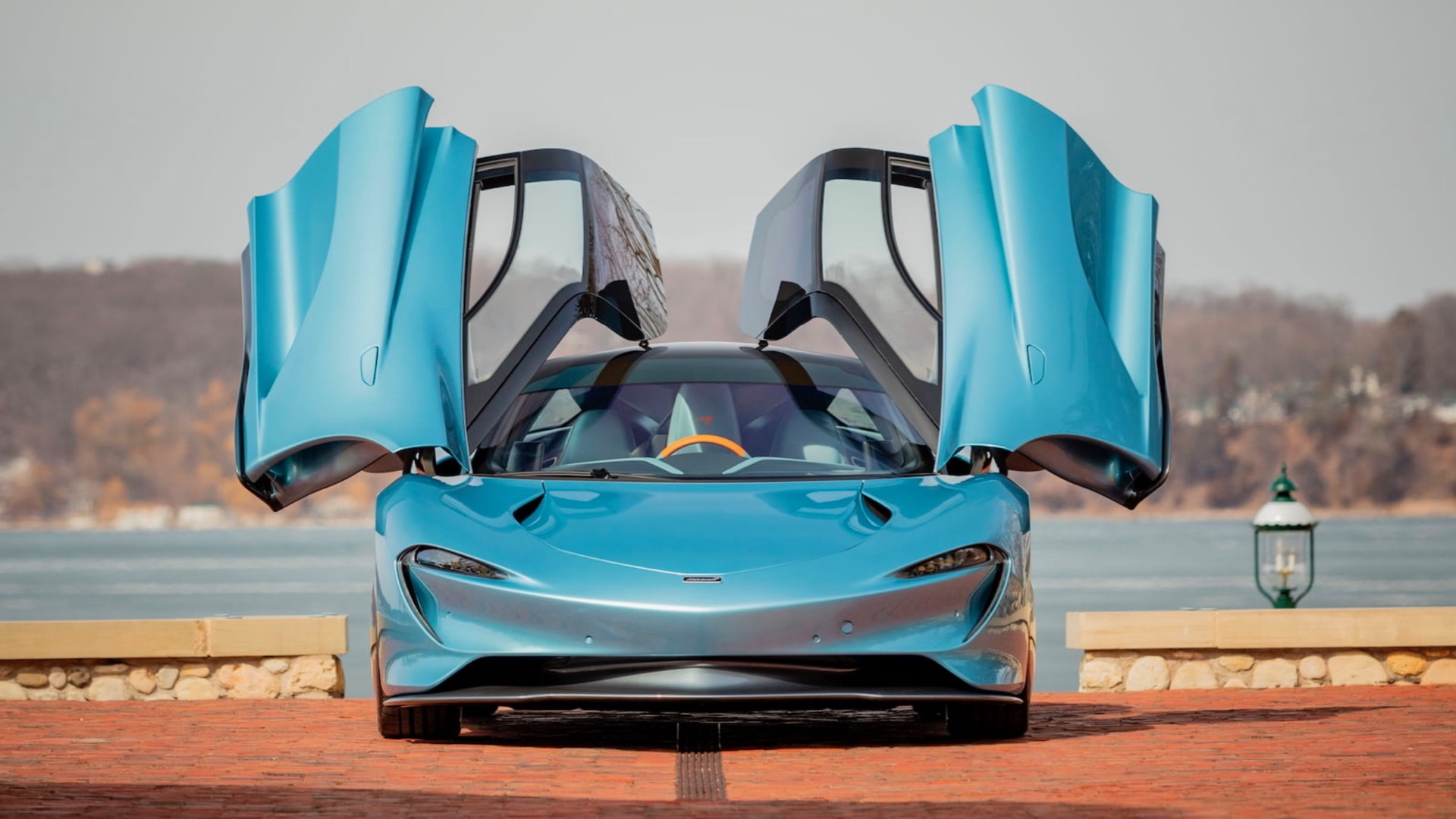 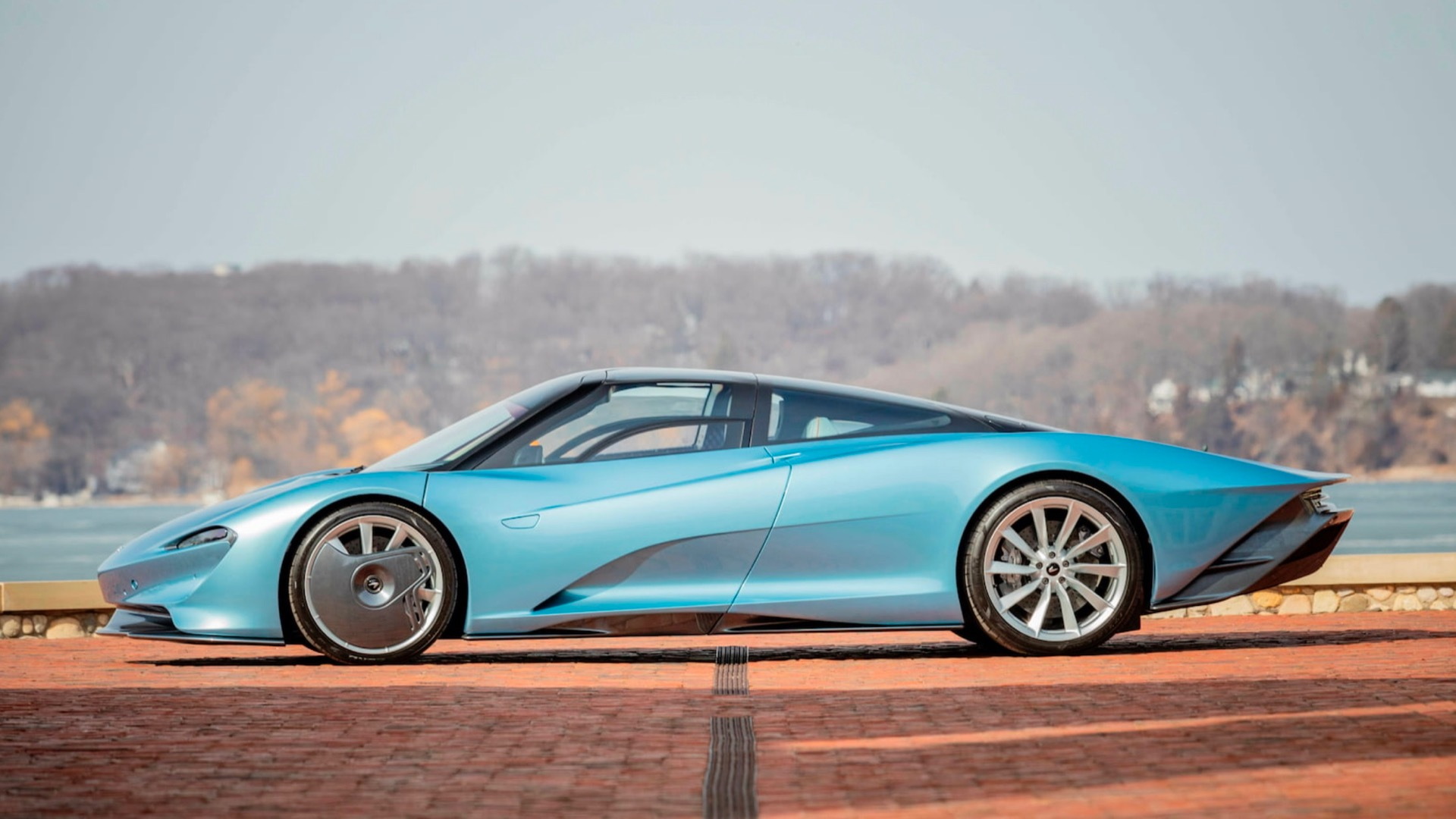 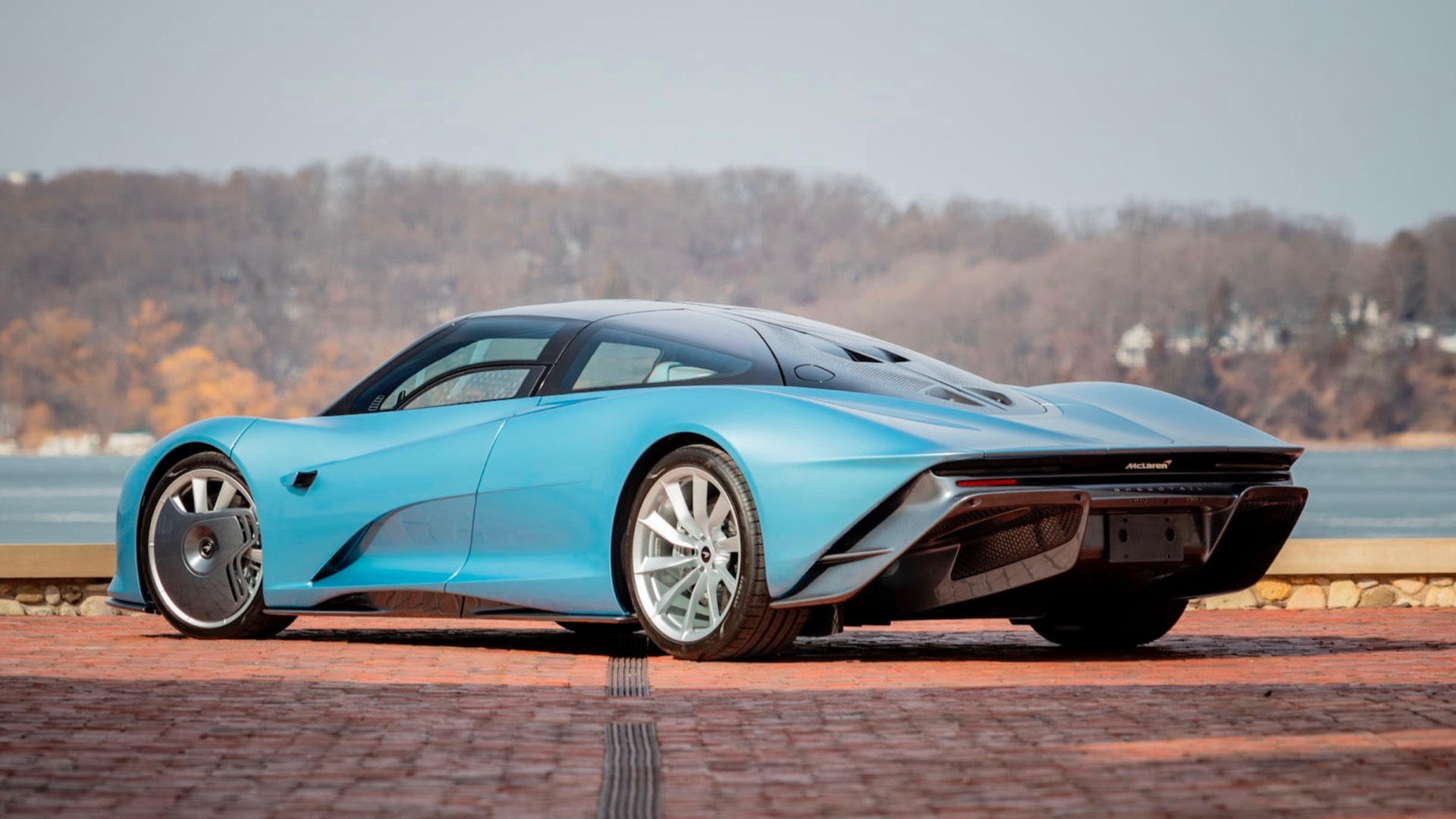 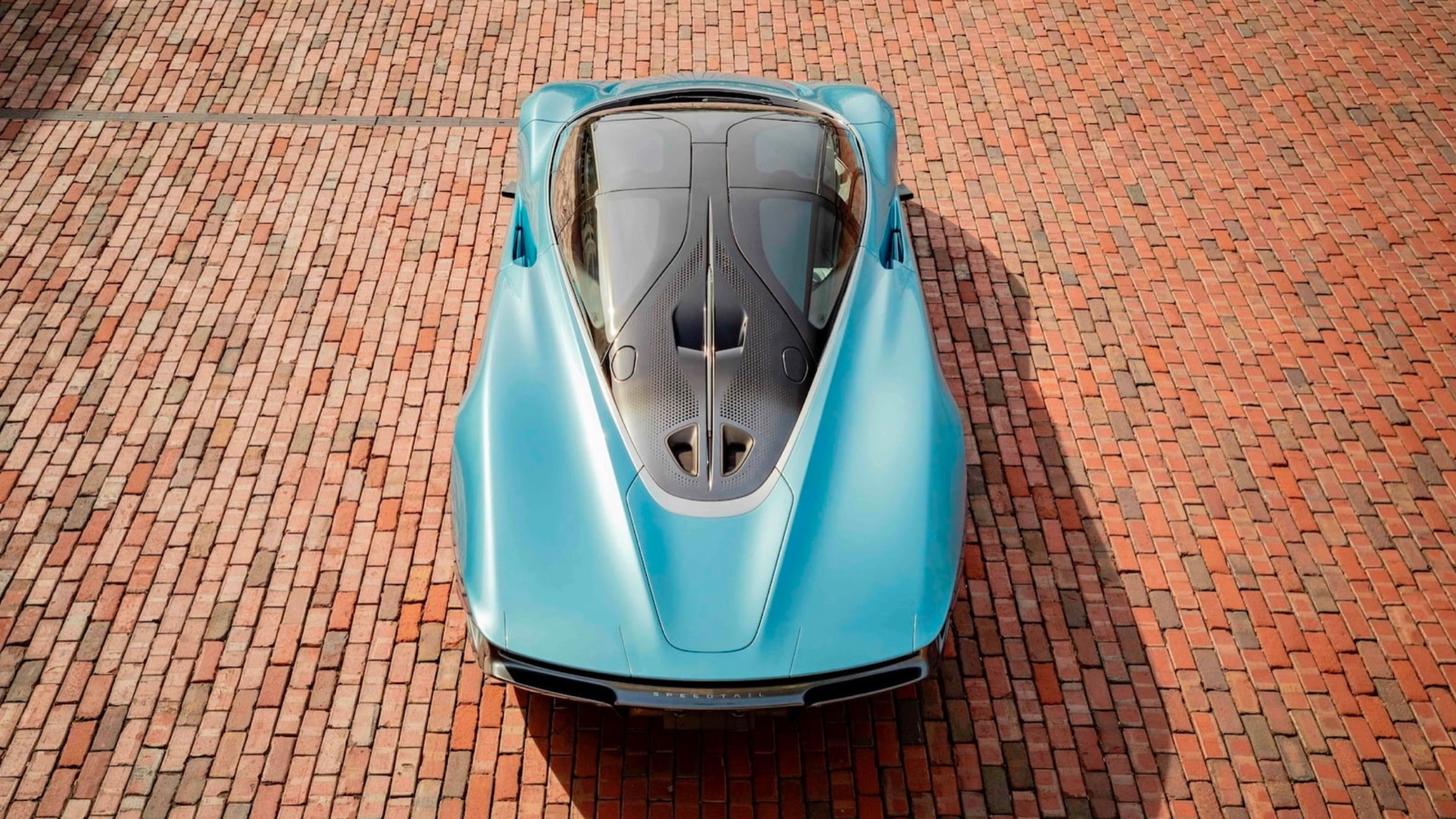 If you weren't one of the 106 people privileged enough to get a new McLaren Speedtail, a low-mileage example is heading to auction with Mecum May 20 at the company's Indianapolis auction.

This 2020 McLaren Speedtail has just 275 miles on the odometer, according to the auction listing. That's partially because it was imported to the U.S. under the "show and display" rule, which means it can't be driven more than 2,500 miles per year.

This was the only way to get a Speedtail into the U.S. because McLaren decided it wasn't worth engineering the limited-run car around the federal safety regulations needed to make it street legal. One issue was the Speedtail's central driving position, which doesn't allow for federally mandated side airbags. The Speedtail also uses digital cameras instead of exterior mirrors, a system that's not street-legal in the U.S. 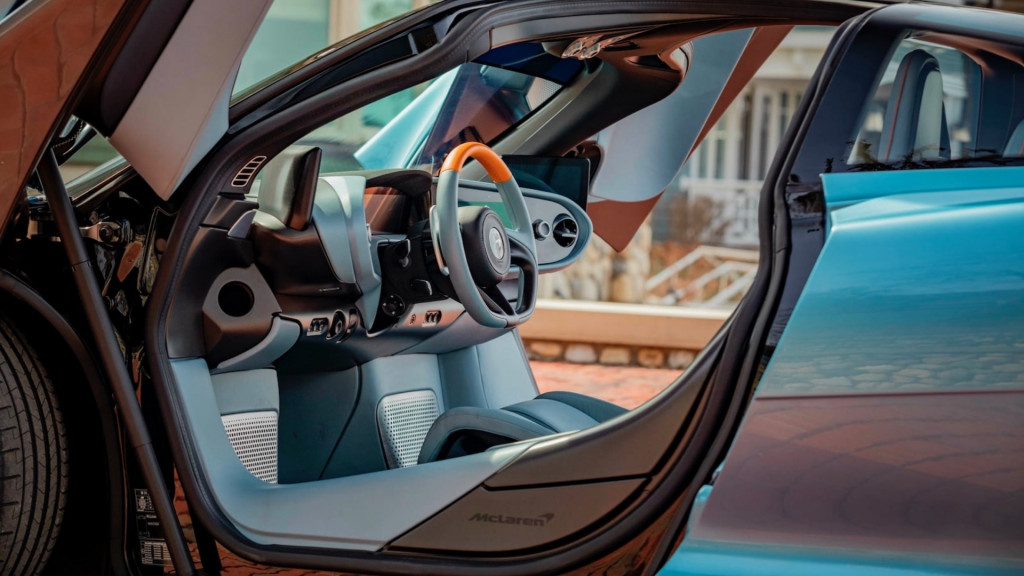 Nonetheless, about one third of the cars built reportedly landed in the U.S. McLaren called the Speedtail the spiritual successor to the F1, so perhaps it's not surprising that many buyers were willing to jump through legal loopholes to get one.

While it shares the F1's central driving position, the Speedtail is a very different machine. It has a hybrid powertrain made up of a twin-turbocharged 4.0-liter V-8 and an electric motor. Together, they produce 1,055 hp and 848 lb-ft of torque. McLaren said that will will propel the Speedtail to a top speed of 250 mph—9.9 mph faster than the F1 managed back in the 1990s.

McLaren also considered the Speedtail to be a Hyper-GT aimed at long road journeys, giving it a somewhat different mission than the F1, which aimed to provide the purest driving experience with no excesses. In contrast to the compact F1, the Speedtail is also huge, measuring 202.8 inches long. 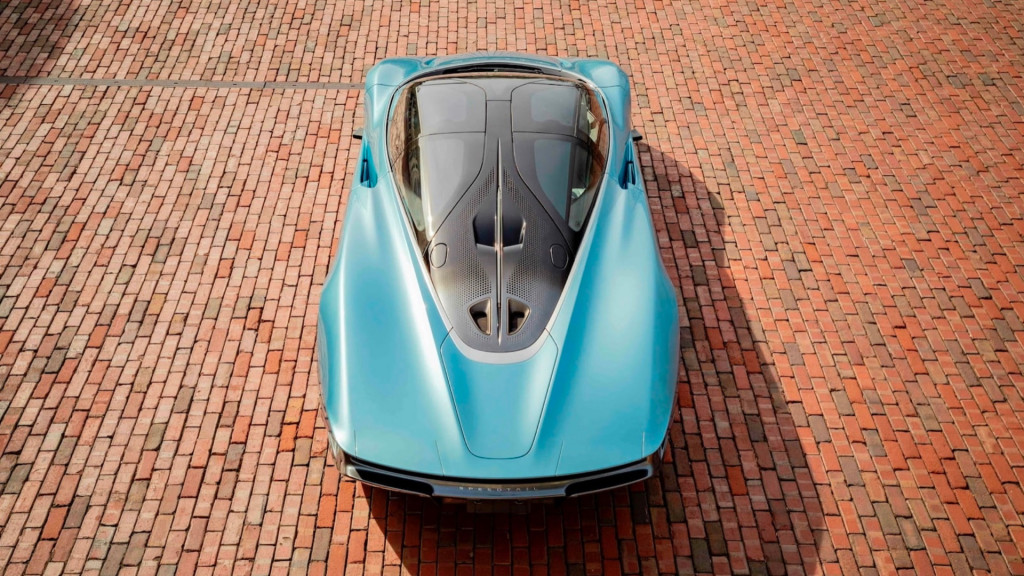 The car up for auction is number 87 of the 106 built—a number that matched the F1's production run. It's finished in Heritage Gloss Steel Blue with machined aluminum exterior badging and Gloss Silver wheels with carbon-fiber covers. The interior has Metallic Blue Silver semi-aniline leather upholstery with McLaren Orange contrasts.

Mecum expects the Speedtail to sell for between $2.8 million and $3 million, or a bit higher than the $2.2 million pricetag when new. Any prospective bidders should note that transfer of ownership must be approved by the National Highway Traffic Safety Administration, and the car must be available for NHTSA inspection until it's at least 25 years old.