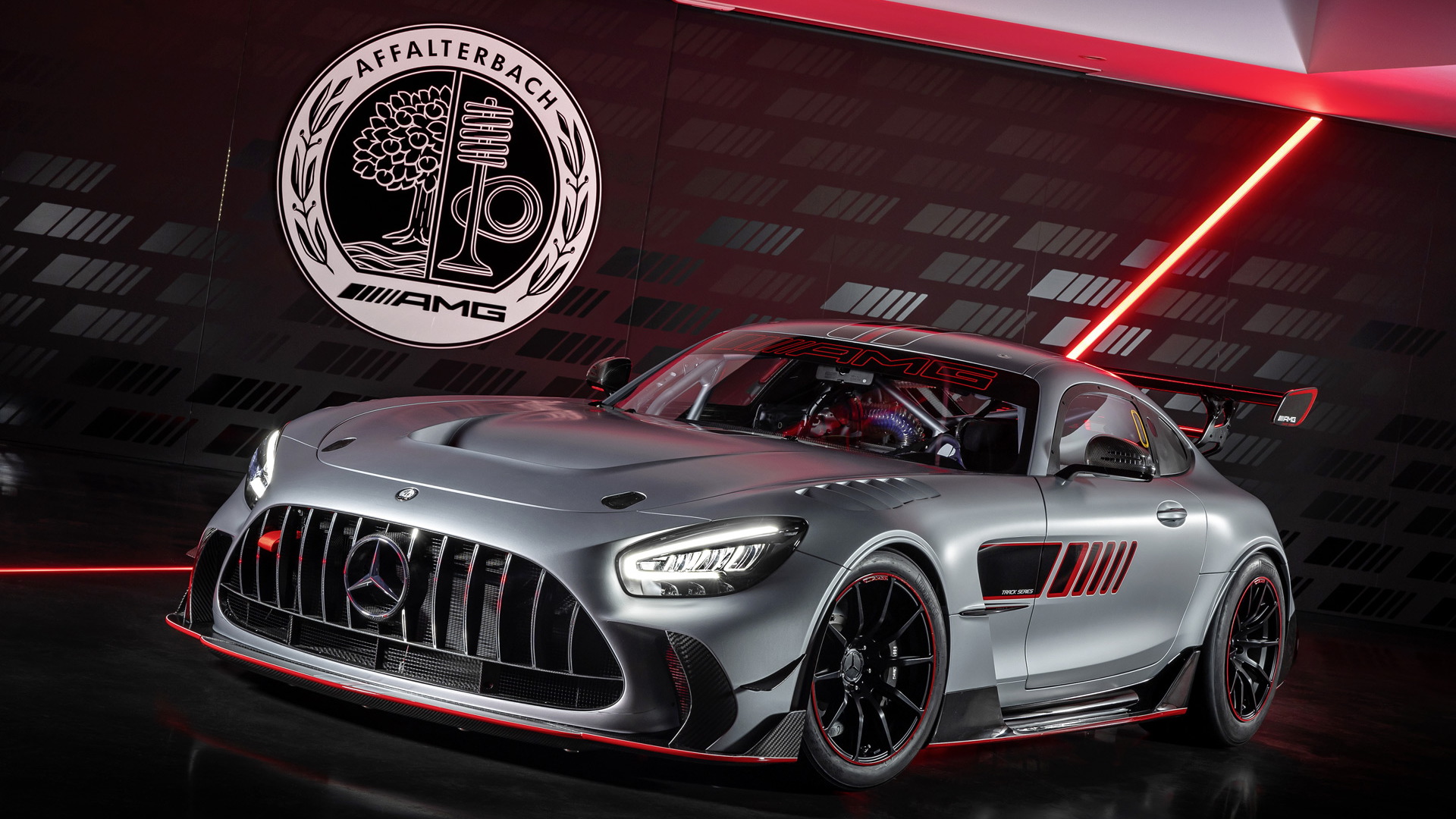 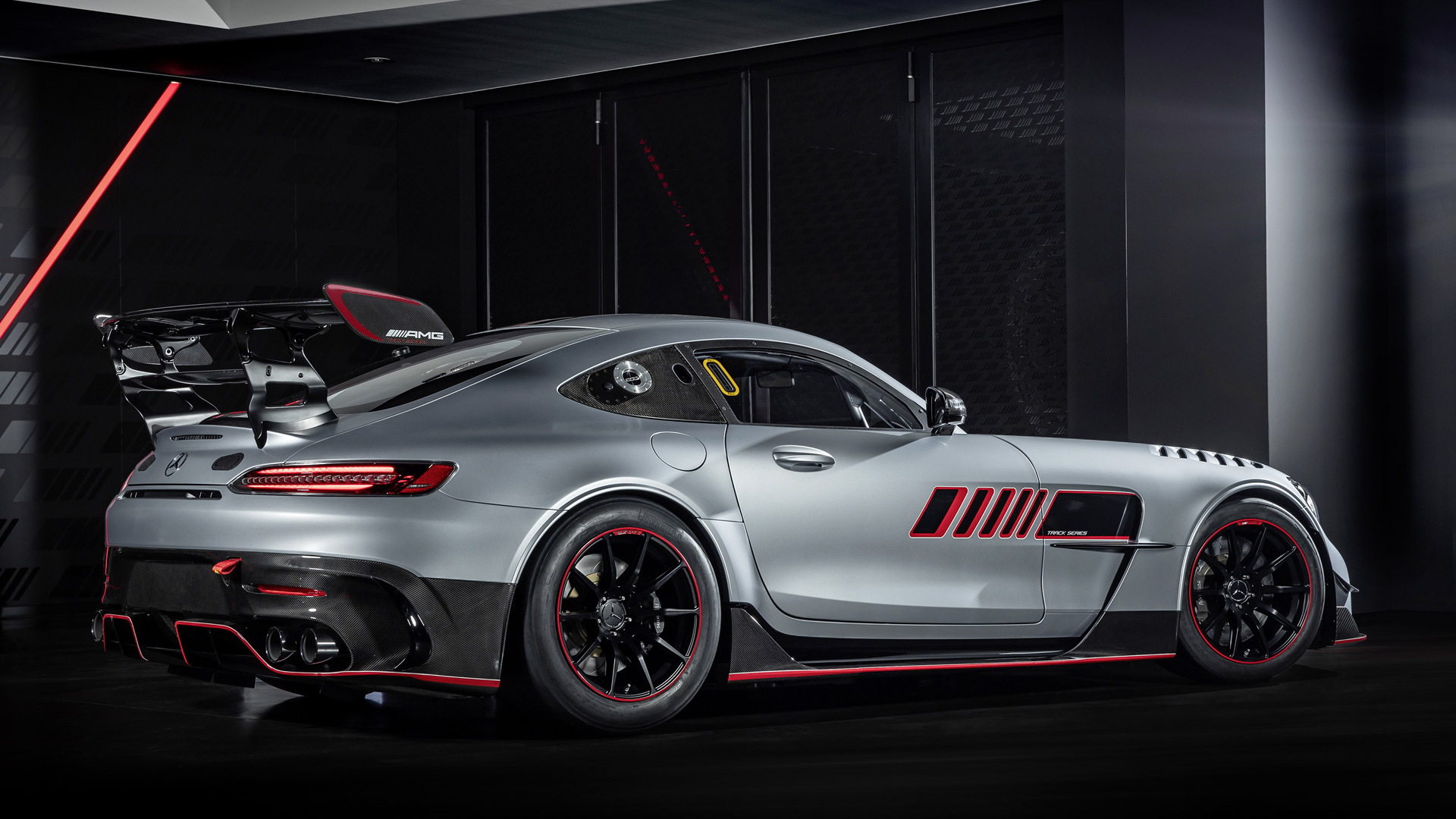 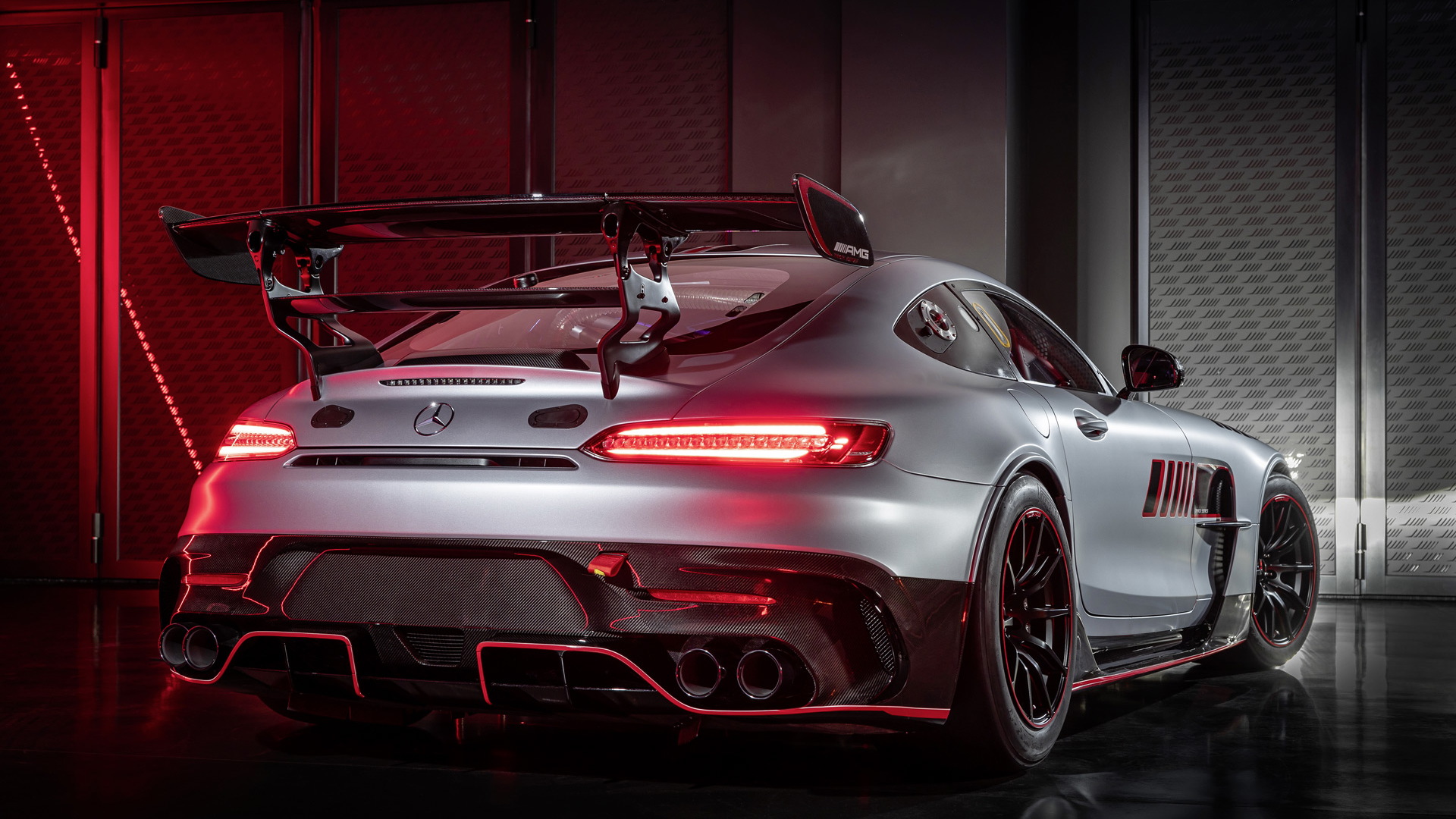 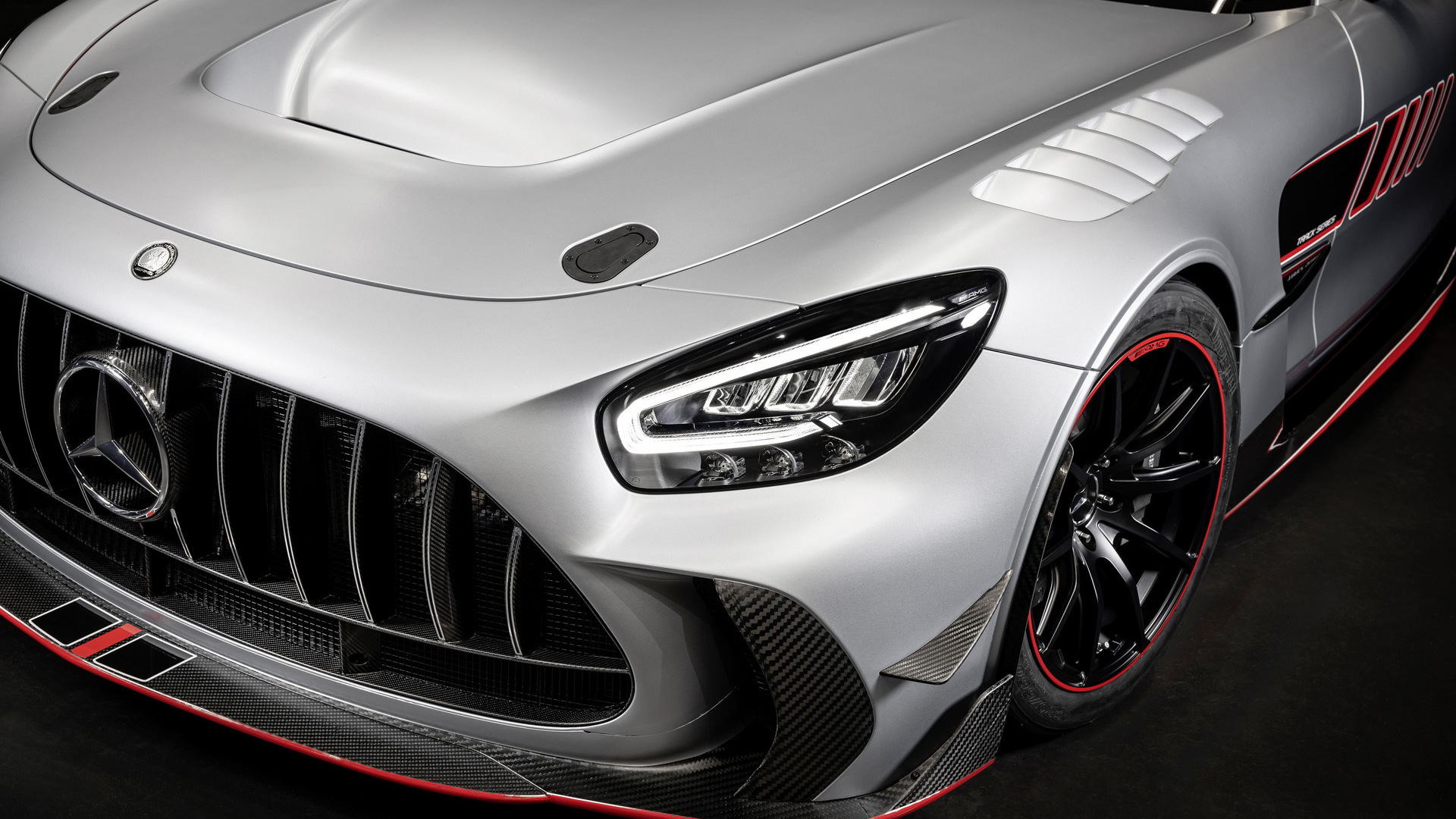 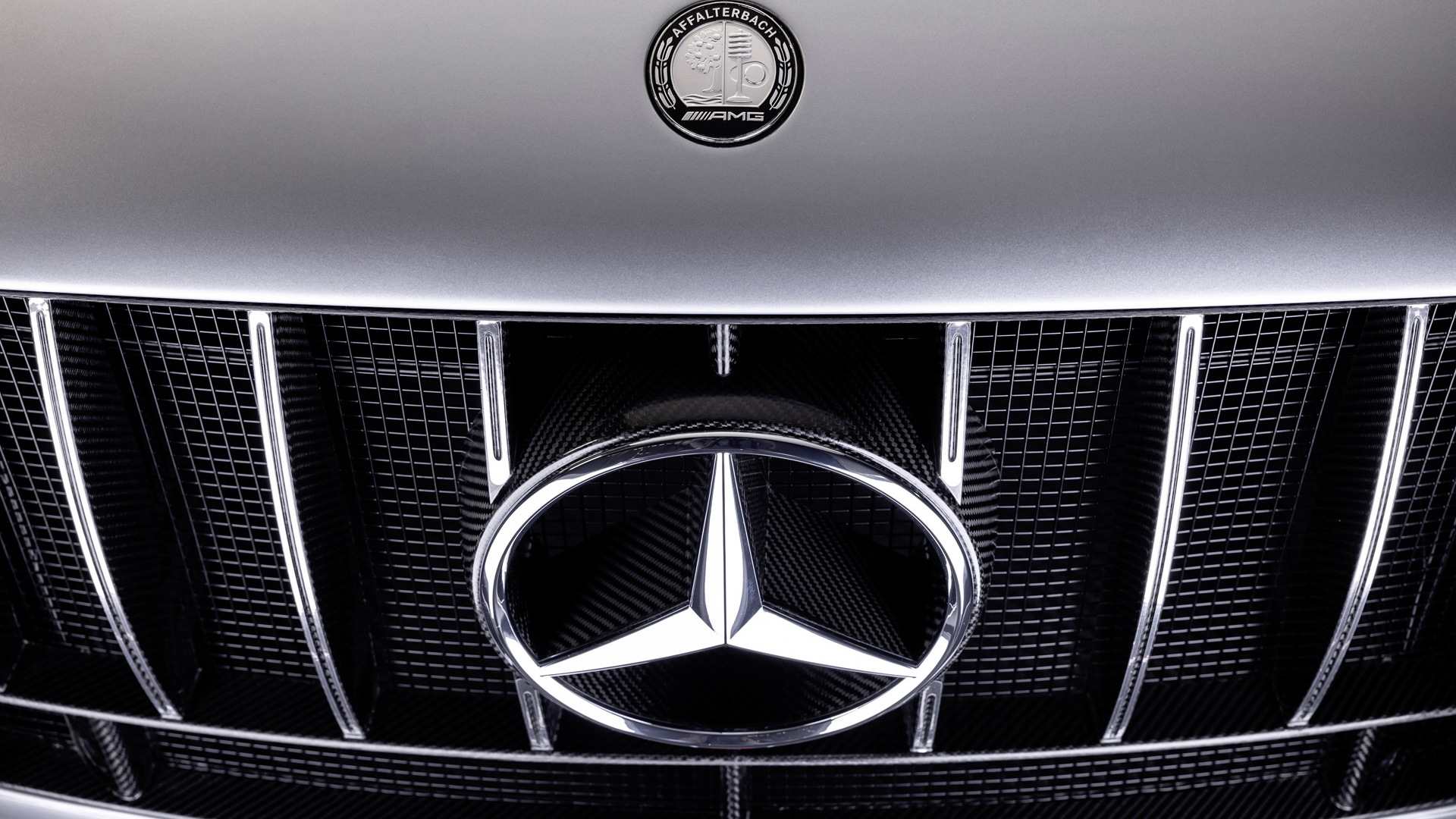 If you thought the GT Black Series would remain the most hardcore version of Mercedes-Benz AMG's GT sports car, then you'd be wrong.

AMG on Wednesday unveiled the even more extreme GT Track Series, limited to just 55 cars in celebration of this year's 55th anniversary of the Affalterbach tuner's founding. Its arrival also likely marks the end of the road for the current GT as a redesigned model has already been spotted testing.

As the name suggests, the GT Track Series has been developed exclusively for track use. It's closely related to AMG's GT3 and GT4 race cars, though produces a lot more power. The car's 4.0-liter twin-turbocharged V-8 is tuned to deliver 724 hp, or 4 horses more than the GT Black Series. The extra bump is courtesy of race-spec fuel injectors, and a few other tweaks.

The engine is mated to a 6-speed sequential transmission instead of the road car's 7-speed dual-clutch automatic, and drive is to the rear wheels via a carbon-fiber torque tube and adjustable differential.

Another key change for the GT Track Series is the installation of four-way Bilstein dampers at each corner. These have high- and low-speed settings in the rebound and compression levels, and also allow for the ride height to be adjusted. Adjustable anti-roll bars have also been fitted.

A set of 18-inch forged wheels are standard, as are steel brake rotors measuring 15.35 inches up front and 14 inches at the rear. A brake beam has been installed for adjusting the brake balance.

Carbon fiber is used for both the exterior and cabin to improve rigidity while reducing weight. This extends to the dashboard, seats, and door linings, helping to bring the curb weight down to 3,086 pounds, versus the roughly 3,500 pounds of the road car.

Facing the driver is a Bosch display unit that incorporates a data logging system able to keep track of lap times, among other functions. According to AMG, the GT Track Series is one of the first cars to feature this system. Also in the cabin are motorsport-style systems for controlling the traction and ABS, with the driver able to select from 12 levels of adjustment including an off setting.

The GT Track Series will be offered globally, though AMG hasn't said how many units of the total 55-car run are earmarked for the U.S. Pricing starts at 369,000 euros (approximately $404,680) and the first examples are due to be delivered in the second quarter.