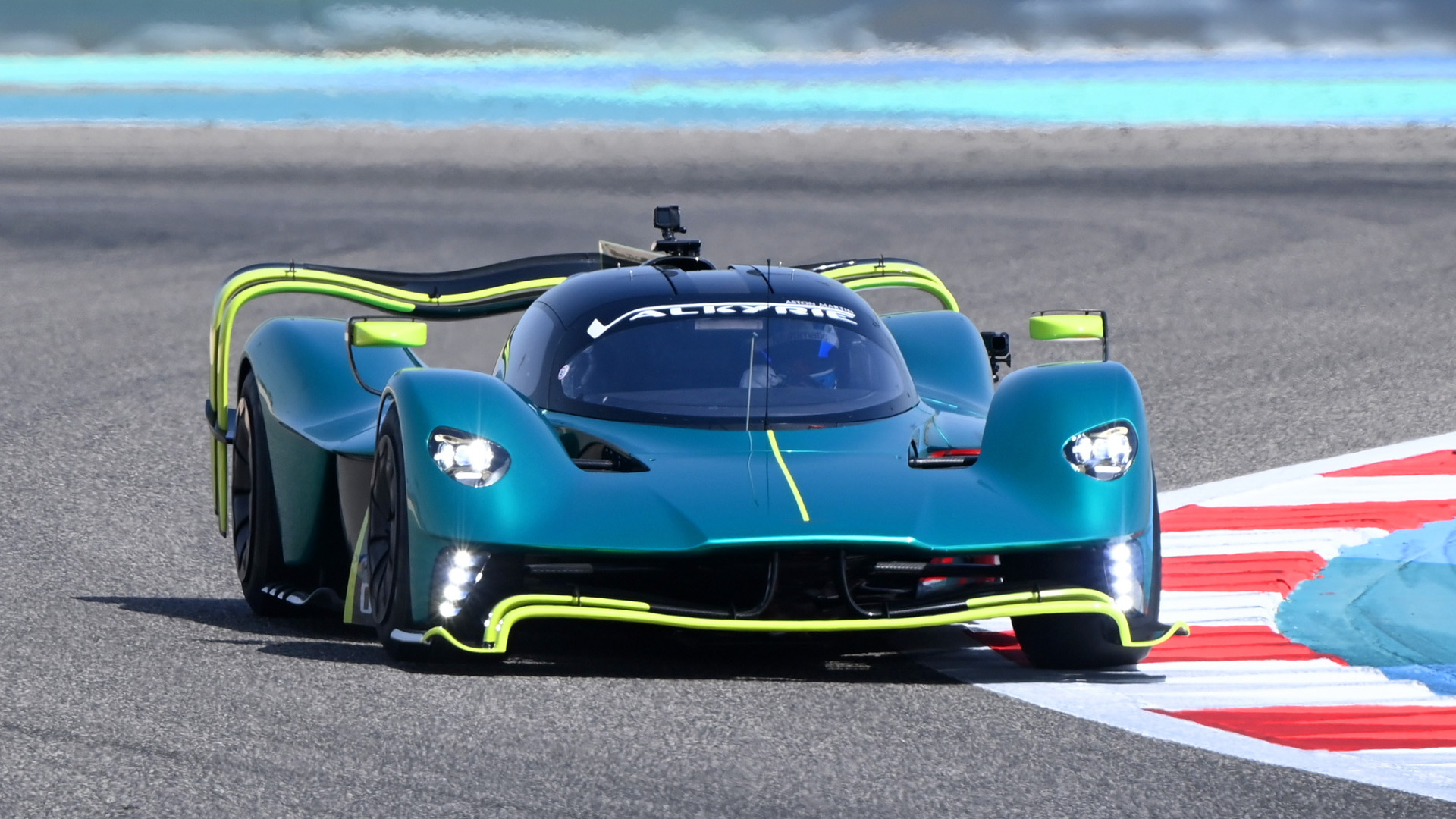 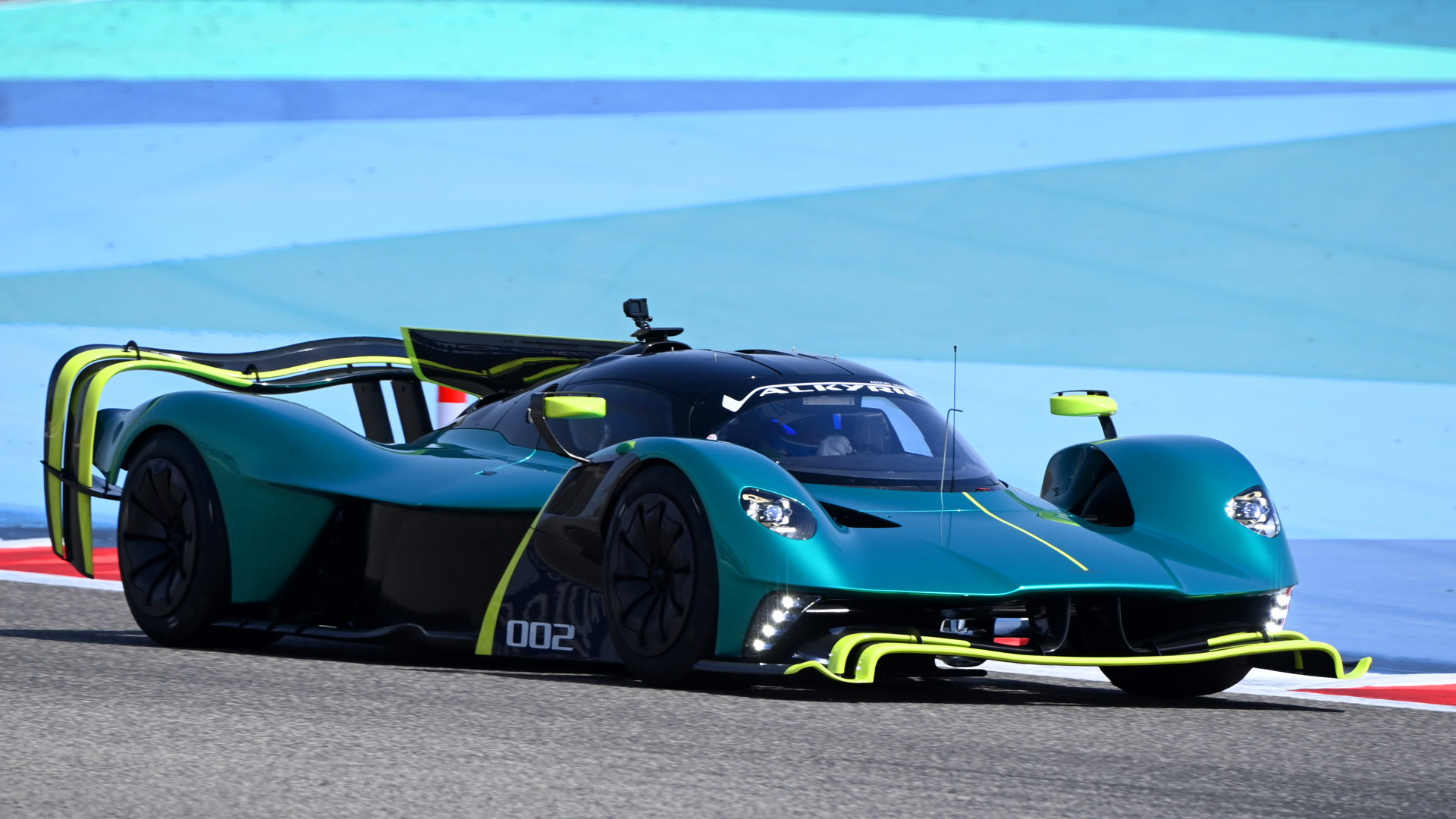 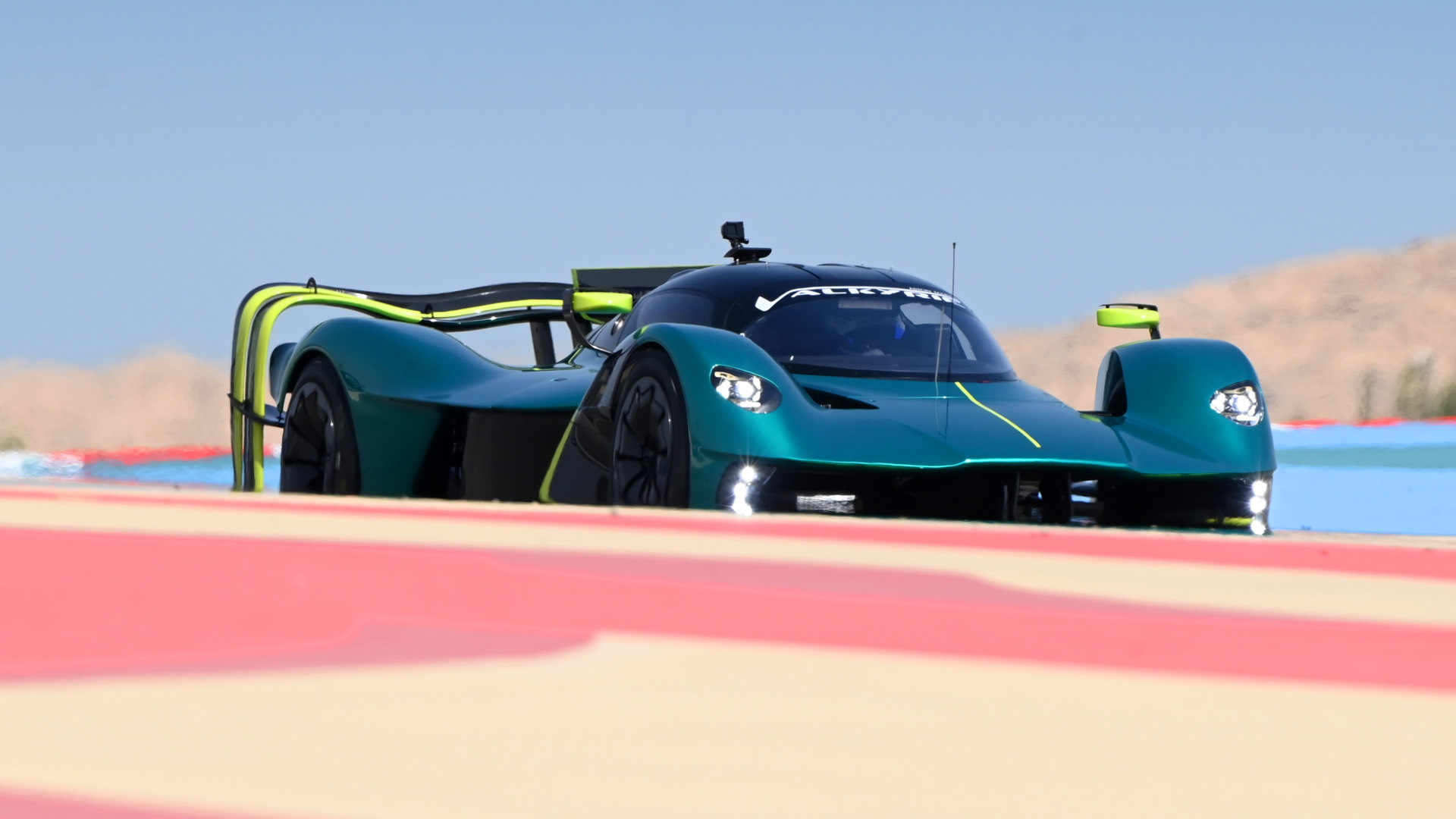 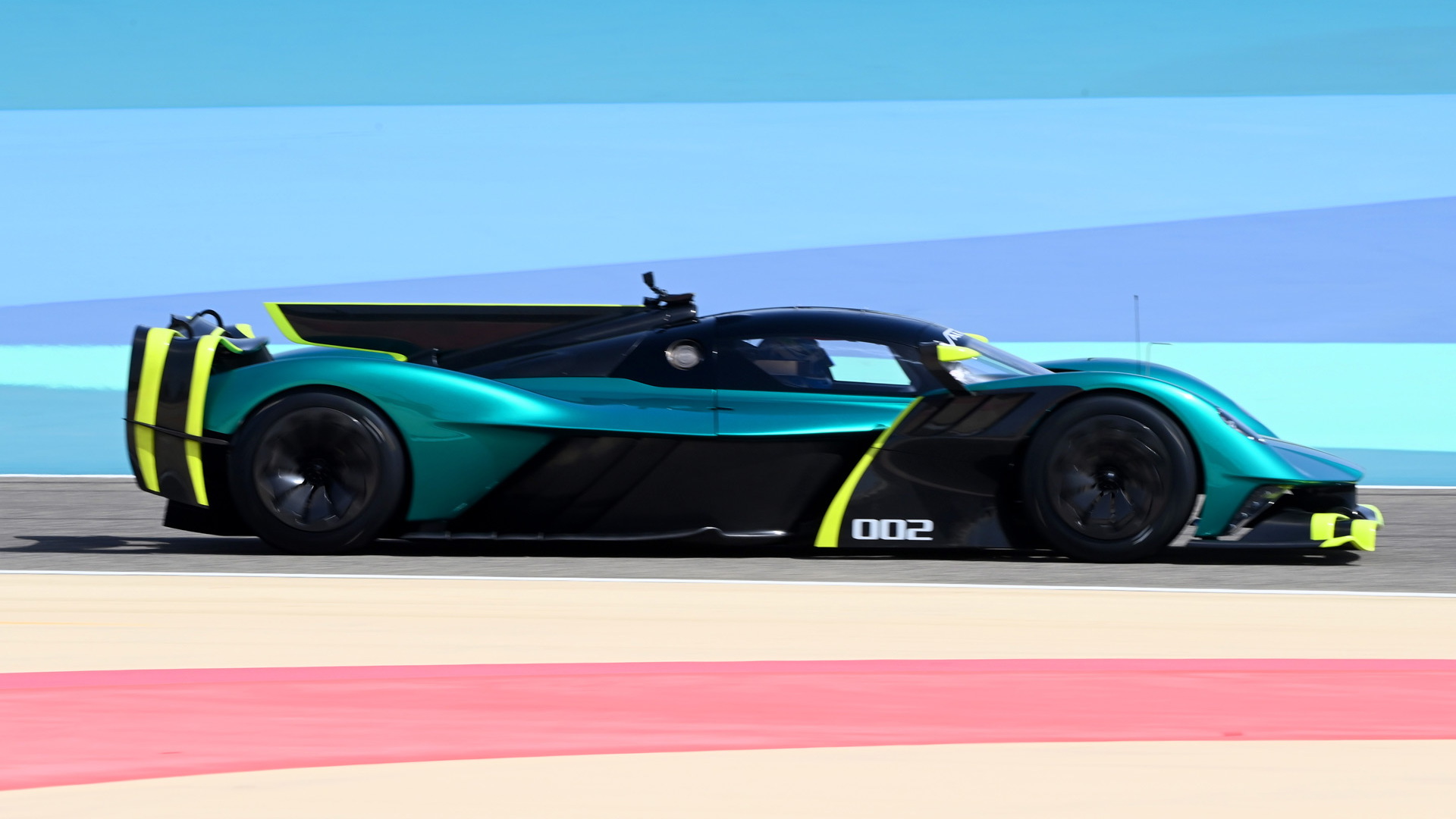 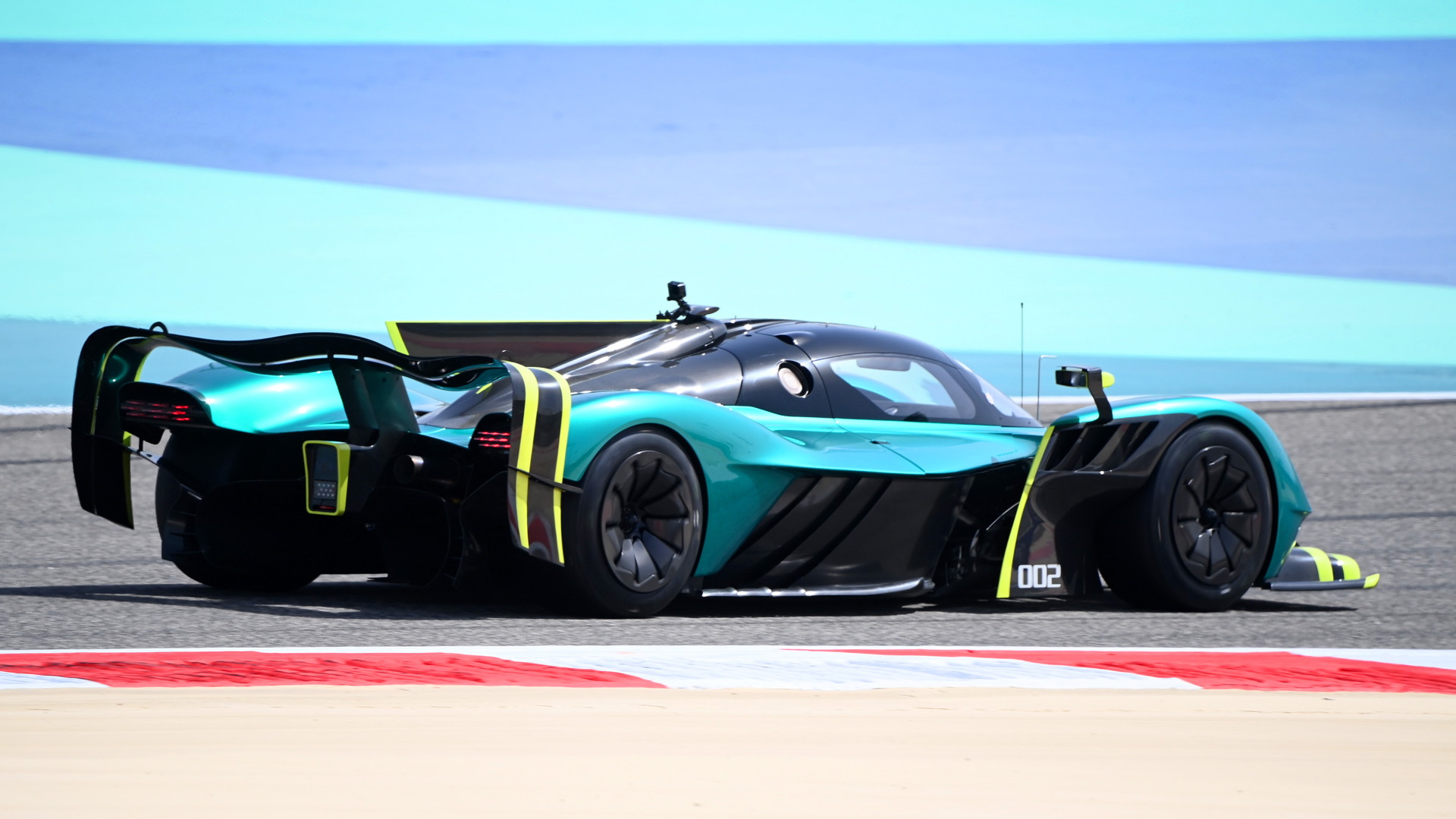 One of the highlights during this past weekend's season-opening Formula One Bahrain Grand Prix at the Bahrain International Circuit was an appearance by the Aston Martin Valkyrie AMR Pro.

The car is the more hardcore, track-only version of the already extreme Valkyrie road car, and it is destined to be built in a run of 40 customer cars, plus two prototypes. One of those prototypes was used for the dynamic debut in Bahrain.

Aston Martin has frequently boasted that the Valkyrie AMR Pro will come close to matching the performance of an F1 race car. However, the car ran somewhat slower during the weekend's stunt, having completed a lap of the 3.36-mile Bahrain International Circuit in a time of about 1:54. That's close to 20 seconds slower than the fastest laps set by the F1 cars during the actual race.

The Valkyrie AMR Pro is actually quite a different beast to the Valkyrie, with its aerodynamics, body and central monocoque structure substantially altered from the road car. This is because the AMR Pro uses original designs for a Valkyrie Le Mans Hypercar program which Aston Martin pulled the plug on in 2020 after the decision was made to focus on F1 instead of the World Endurance Championship.

Both cars share a Cosworth-developed 6.5-liter V-12, though the AMR Pro skips the road car's KERS-style hybrid system. Peak output from the V-12 alone is in the vicinity of 1,000 hp.

To ensure future owners will be able to get the most out of their cars, Aston Martin plans a special program that will provide access to driving coaches at scheduled track events. More details on the program will be announced at a later date.