Aston Martin and its Valkyrie won't line up on the grid when the new Le Mans Hypercar class of the World Endurance Championship gets underway come the 2020/2021 season.

The automaker announced Wednesday that its sports prototype program has been put on hold following January's announcement of the new LMDh class that will replace the DPi class in the WeatherTech Sportscar Championship from 2022 and also be eligible for the WEC from the 2021/2022 season as an alternative to LMH, with balance of performance rules to even out the playing field.

The estalbishment of the LMDh class is a first step toward achieving a common set of rules for the top classes of the WeatherTech Sportscar Championship and WEC, possibly around 2025.

For Aston Martin, and other potential constructors, it means weighing up whether to develop an LMH or LMDh race car or wait even longer for the common set of rules. And for Aston Martin in particular, the automaker also needs to weigh up whether to focus on both top-level endurance racing and Formula One, or just the latter. Recall, Aston Martin is set to enter F1 with its own team in 2021, with the current Racing Point F1 team to be rebranded Aston Martin Racing in 2021 now that the team's billionaire backer, Lawrence Stroll, is also a major investor in Aston Martin. 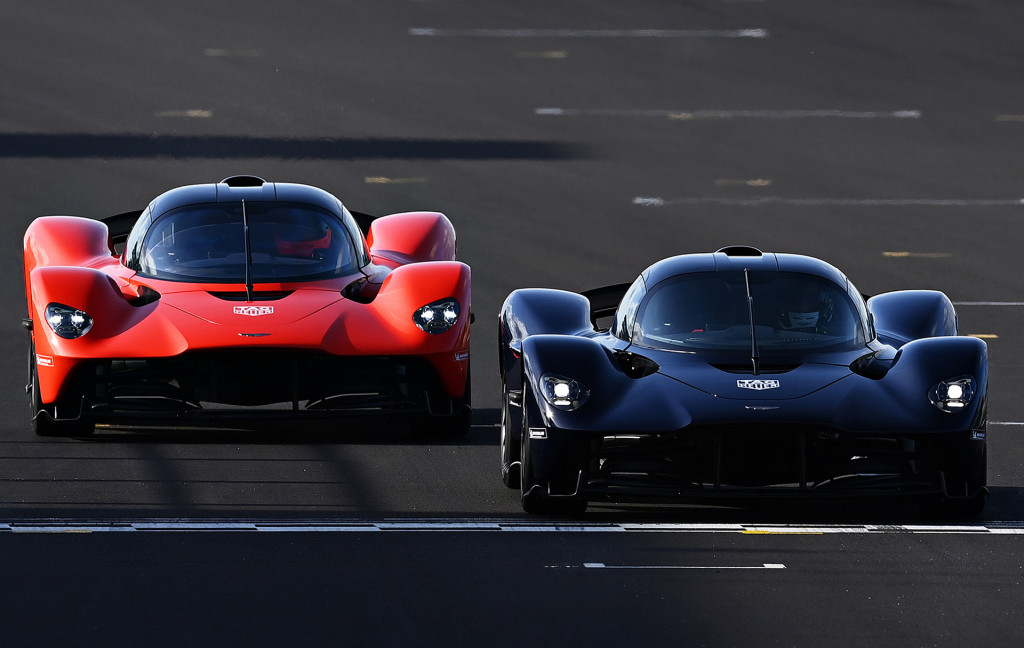 “With such momentous change taking place in sports car racing, the decision to pause our entry into the WEC hypercar class gives us the time and breathing space to calmly assess the status of the top level of the sport, and our place within it, said David King, Aston Martin's motorsport chief.

In its Wednesday announcement, Aston Martin said it will still compete in the top GT classes with its race cars based on the Vantage sports car, and that it remains open to working with organizers of both the WeatherTech Sportscar Championship and WEC to arrive at a possible solution for the sports prototype classes.

“Aston Martin’s ambition to compete for the overall victory in the 24 Hours of Le Mans remains undiminished, but it is only right that we reassess our position in light of a significant change in the landscape that was not anticipated when we committed last year,” said Andy Palmer, Aston Martin's CEO.

Despite the racing program for the Valkyrie being put on hold, the road-going version is still being developed and on track to commence deliveries in the second half of 2020. Just 150 will be built plus 25 additional Valkyrie AMR Pro track-only versions that will be delivered in 2021.