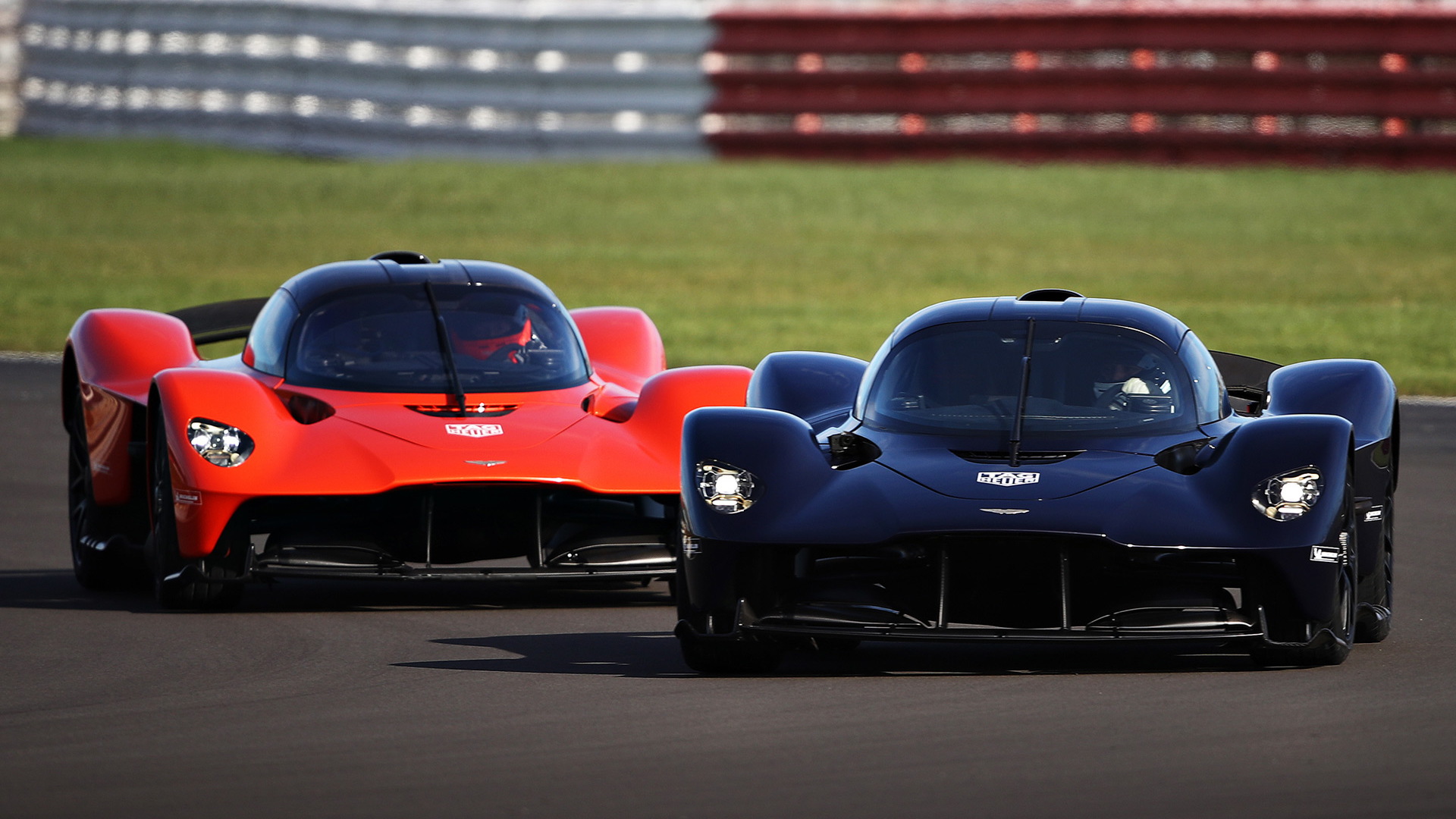 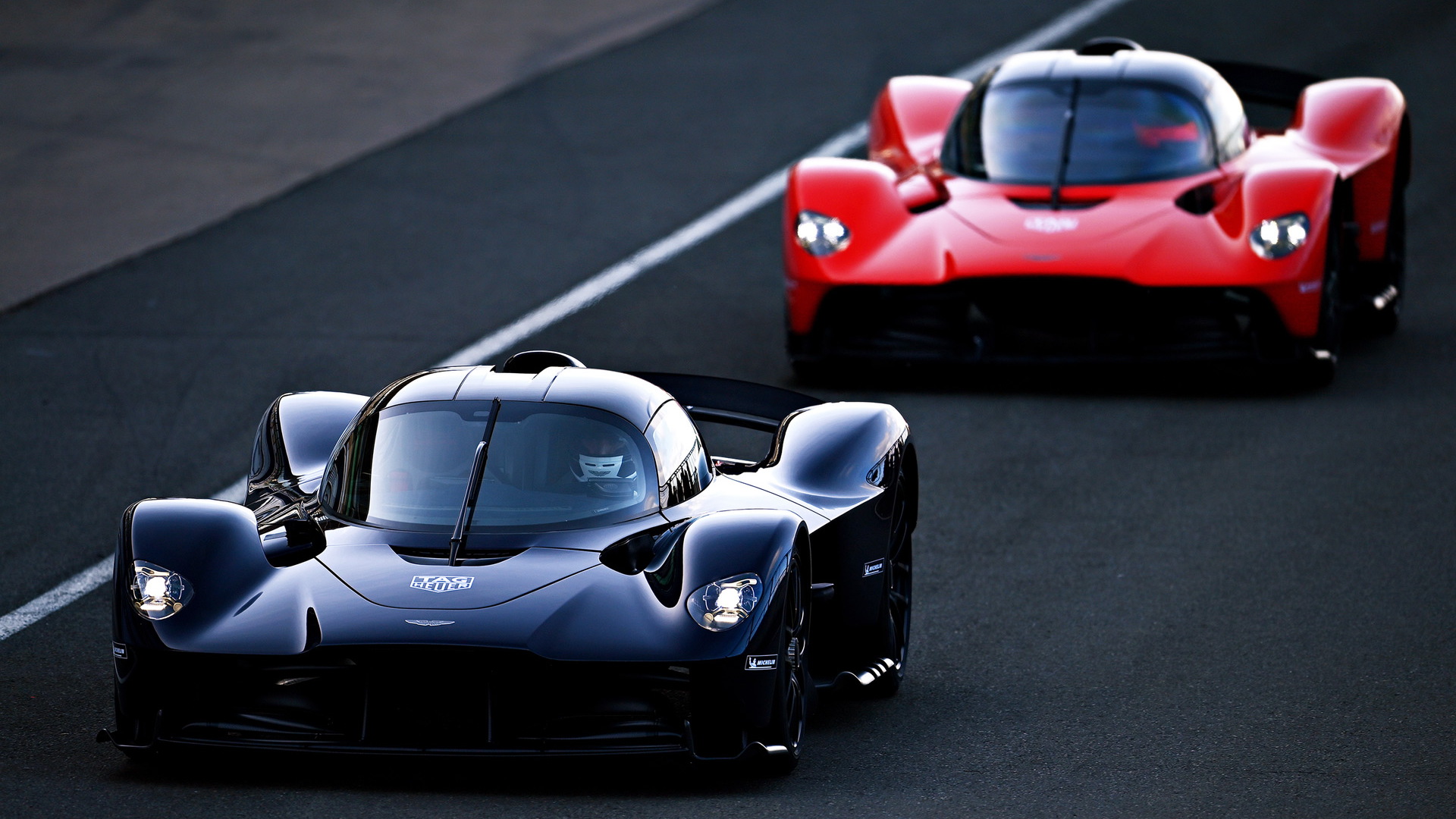 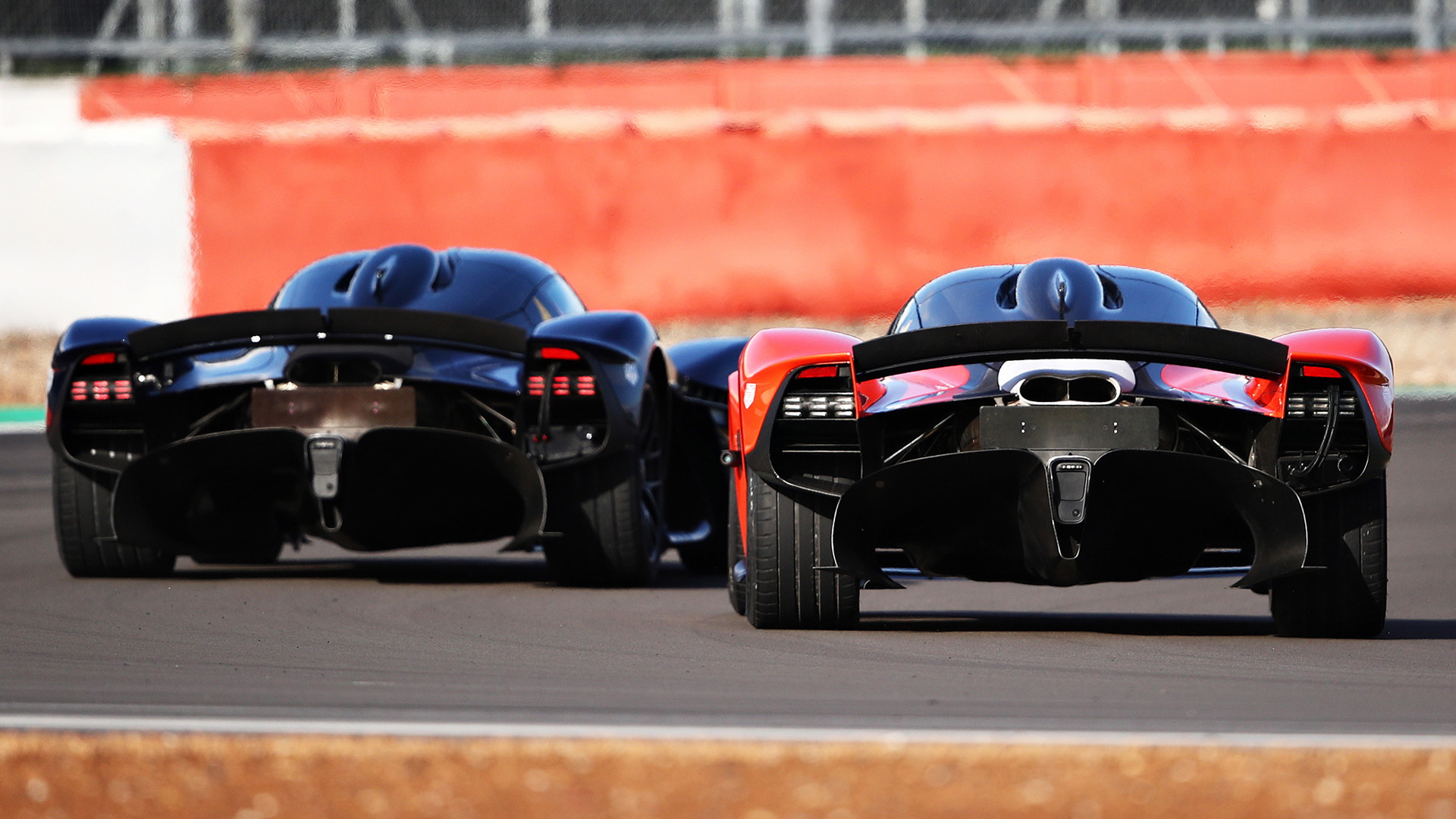 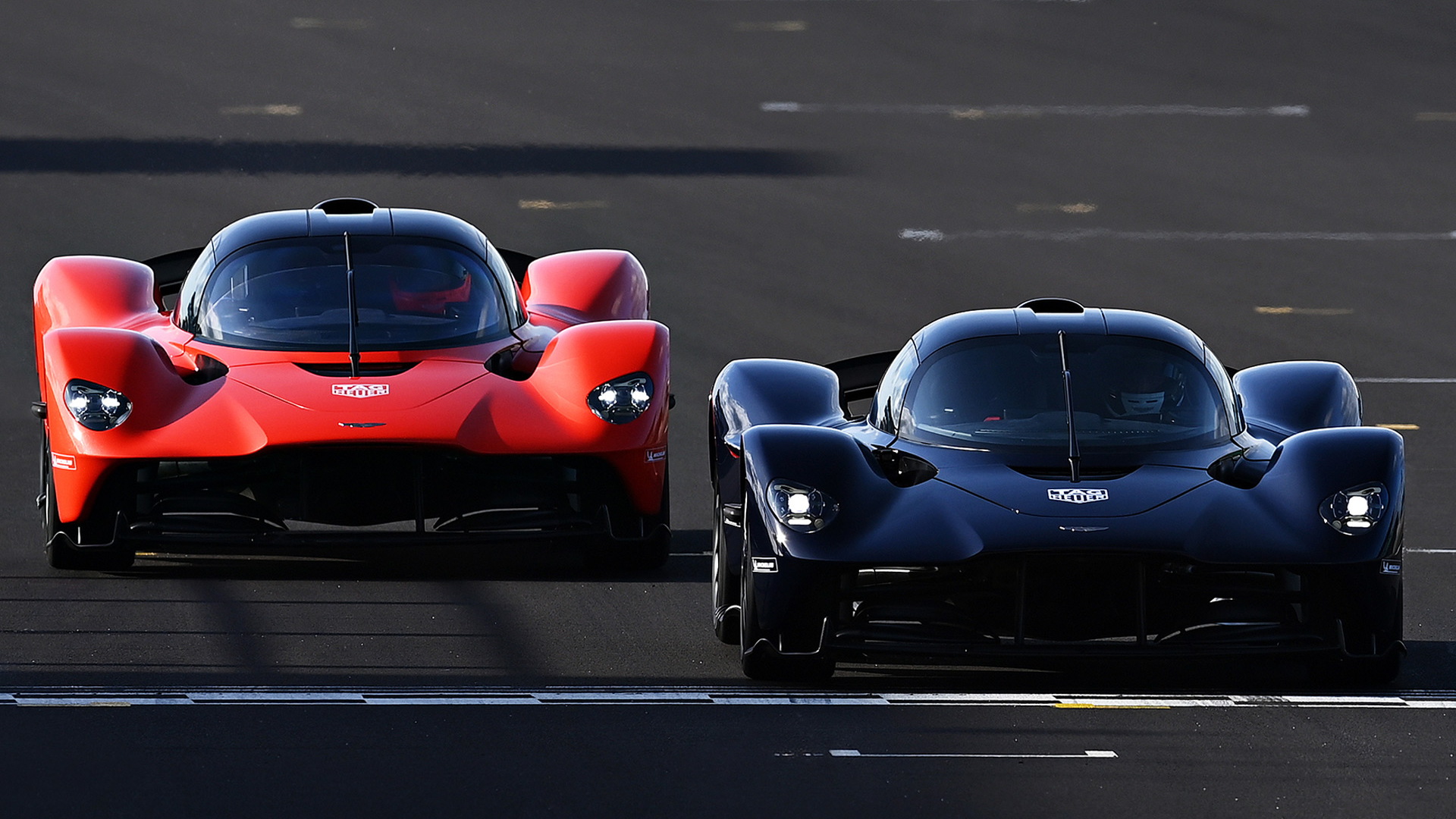 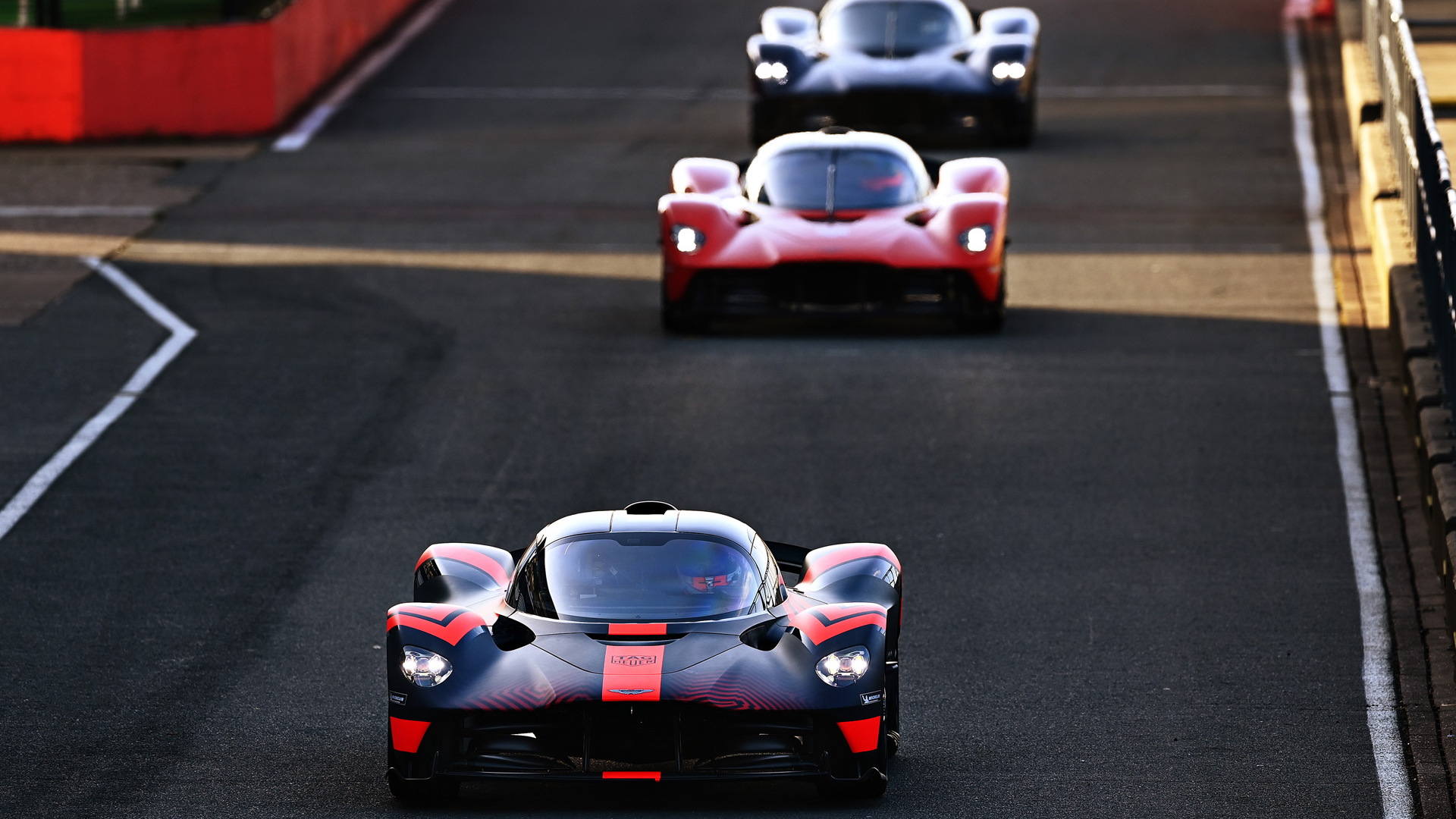 The hypercar is a joint effort between Aston Martin and Red Bull, thus it's no surprise to see Verstappen and Albon involved in its development. 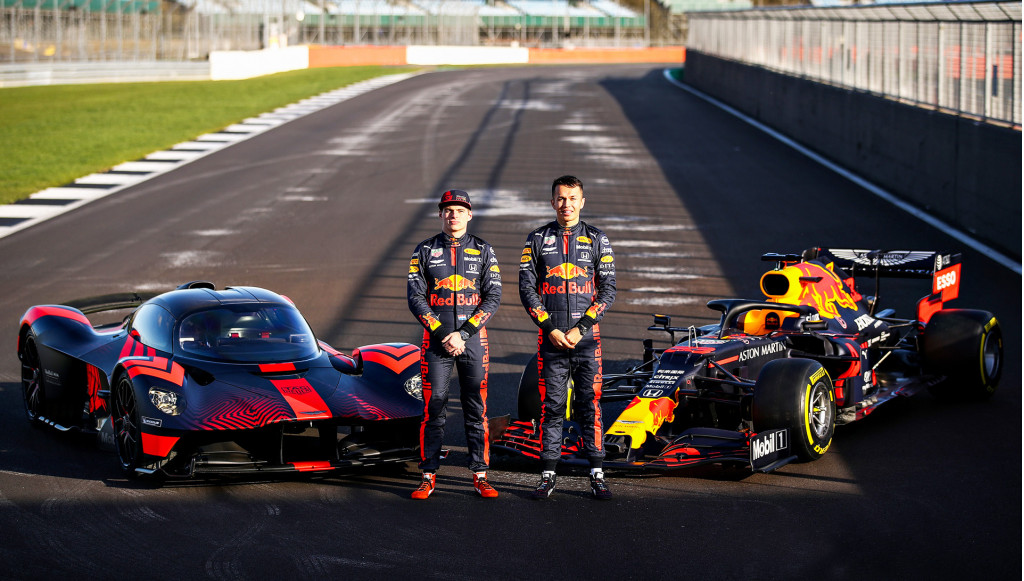 They took turns behind the wheel of the first Valkyrie prototype, finished in the blue and red livery, and were joined by Aston Martin test driver Chris Goodwin in a second prototype and World Endurance Championship drivers Darren Turner and Alex Lynn taking turns in a third prototype. A total of eight prototypes will be built and tested before the Valkyrie's development is signed off.

“The Aston Martin Valkyrie and its levels of downforce are incredible, and it looks super aggressive,” Verstappen said after his run. “It was a lot of fun out there.” 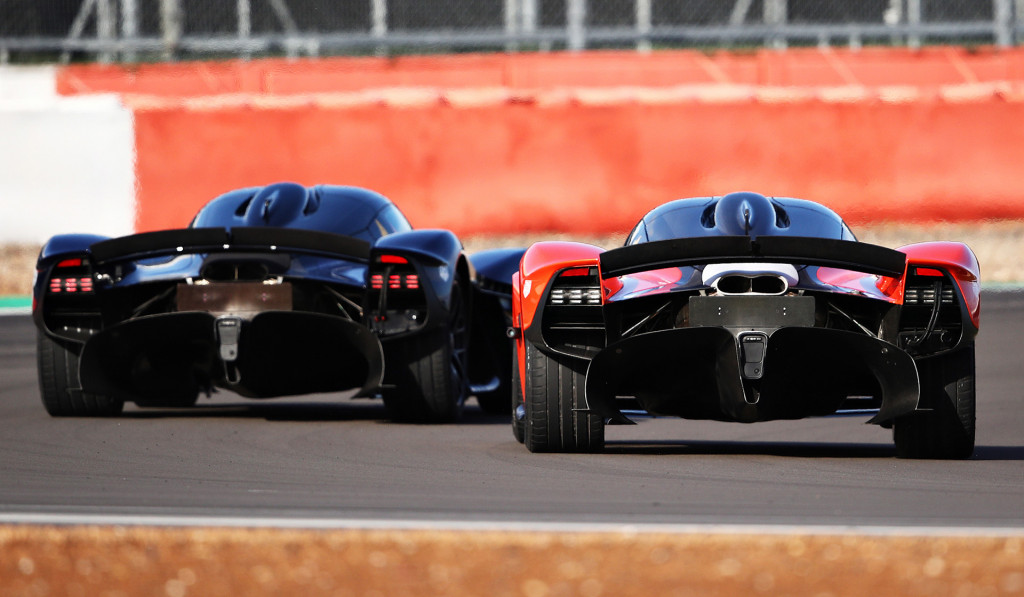 “It’s light; it feels sharp,” Albon said. "Sure, compared to an F1 car, you’re missing the outright downforce, but you still feel the Gs in the corners and it definitely reacts closer to an F1 car than a normal road car.”

The Valkyrie was originally due to start deliveries at the end of 2019 but development delays mean that won't happen until the second half of 2020. The wait will be worth it for the 175 (150 road cars and 25 track cars) customers destined to own one, since the Valkyrie is coming with 1,160 horsepower, courtesy of a Cosworth-developed 6.5-liter V-12 that's paired up with a KERS-style hybrid system and sounds like a F1 engine from the 1990s. 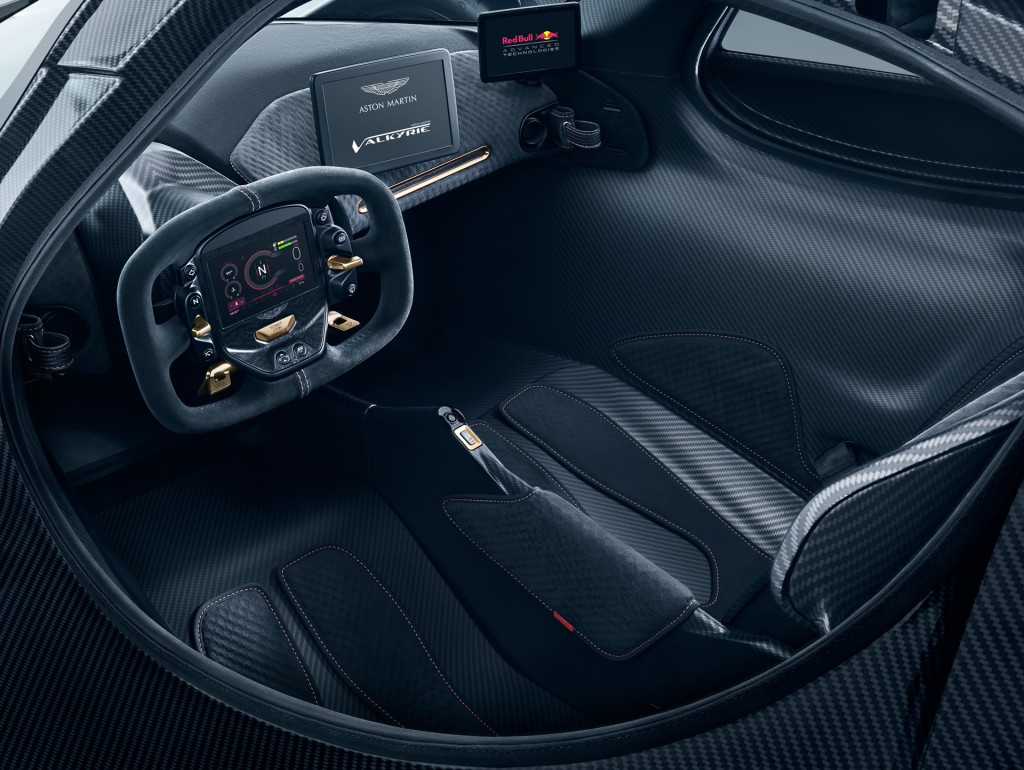 The car also boasts lightweight carbon fiber construction and trick aerodynamics developed by Red Bull's chief technical officer, Adrian Newey. The result should be a road car capable of lapping a racetrack quicker than a sports prototype and almost at the pace of an F1 car.

Sadly, the Valkyrie will be the last joint effort between Aston Martin and Red Bull. Aston Martin is about to enter F1 with its own team in 2021, with the current Racing Point F1 team to be rebranded Aston Martin Racing in 2021 now that the team's billionaire backer, Lawrence Stroll, is also a major investor in Aston Martin.