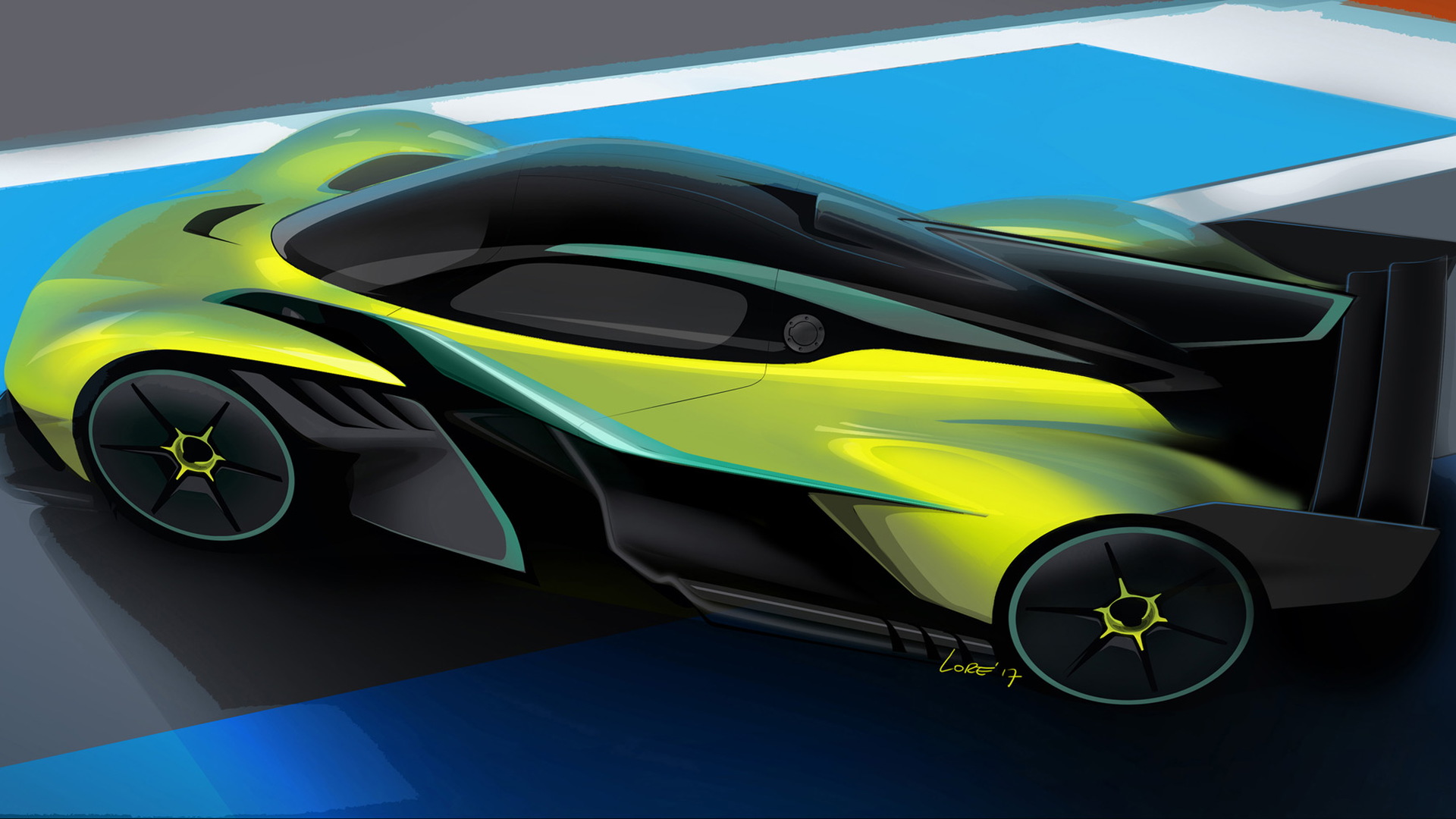 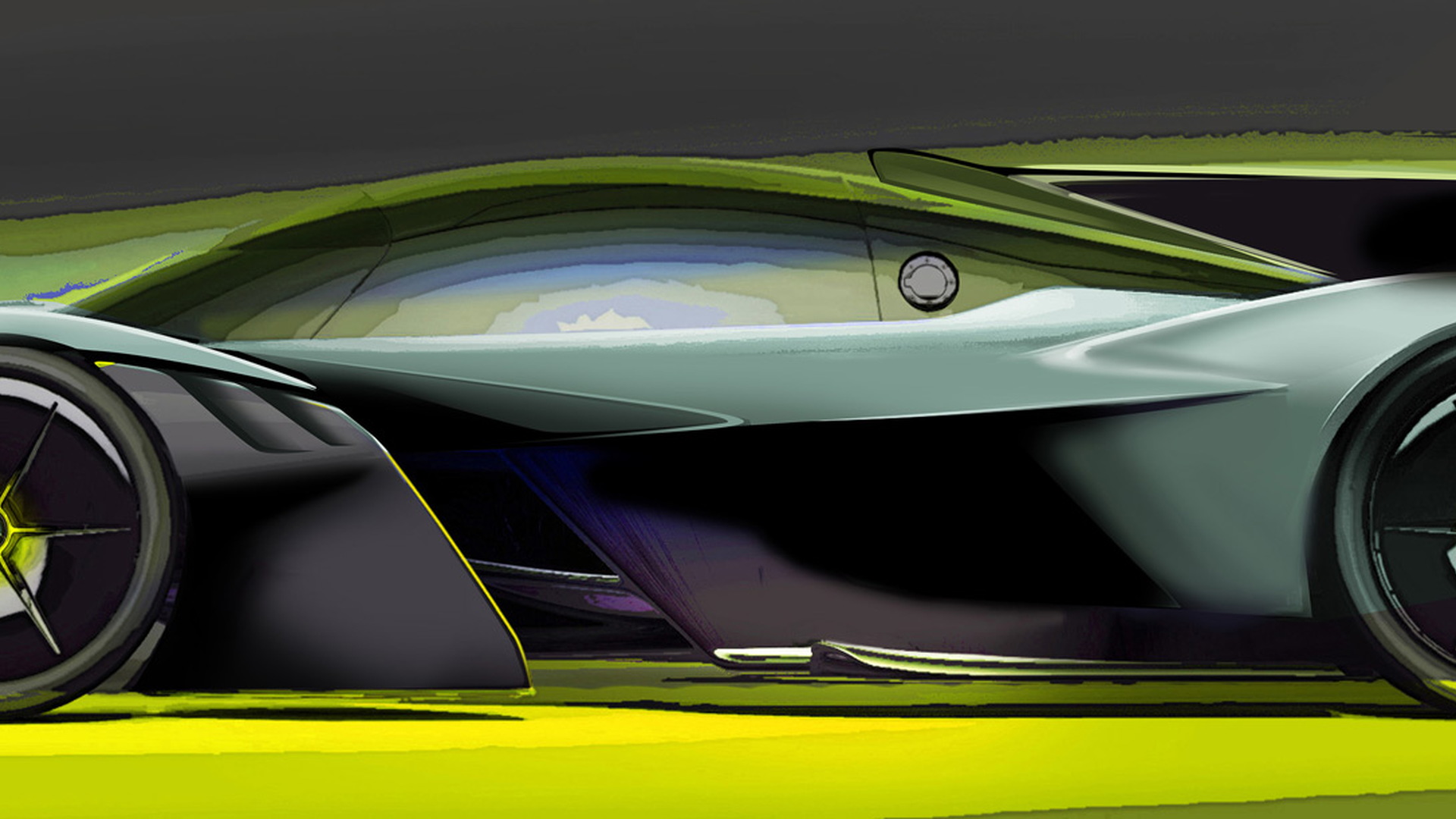 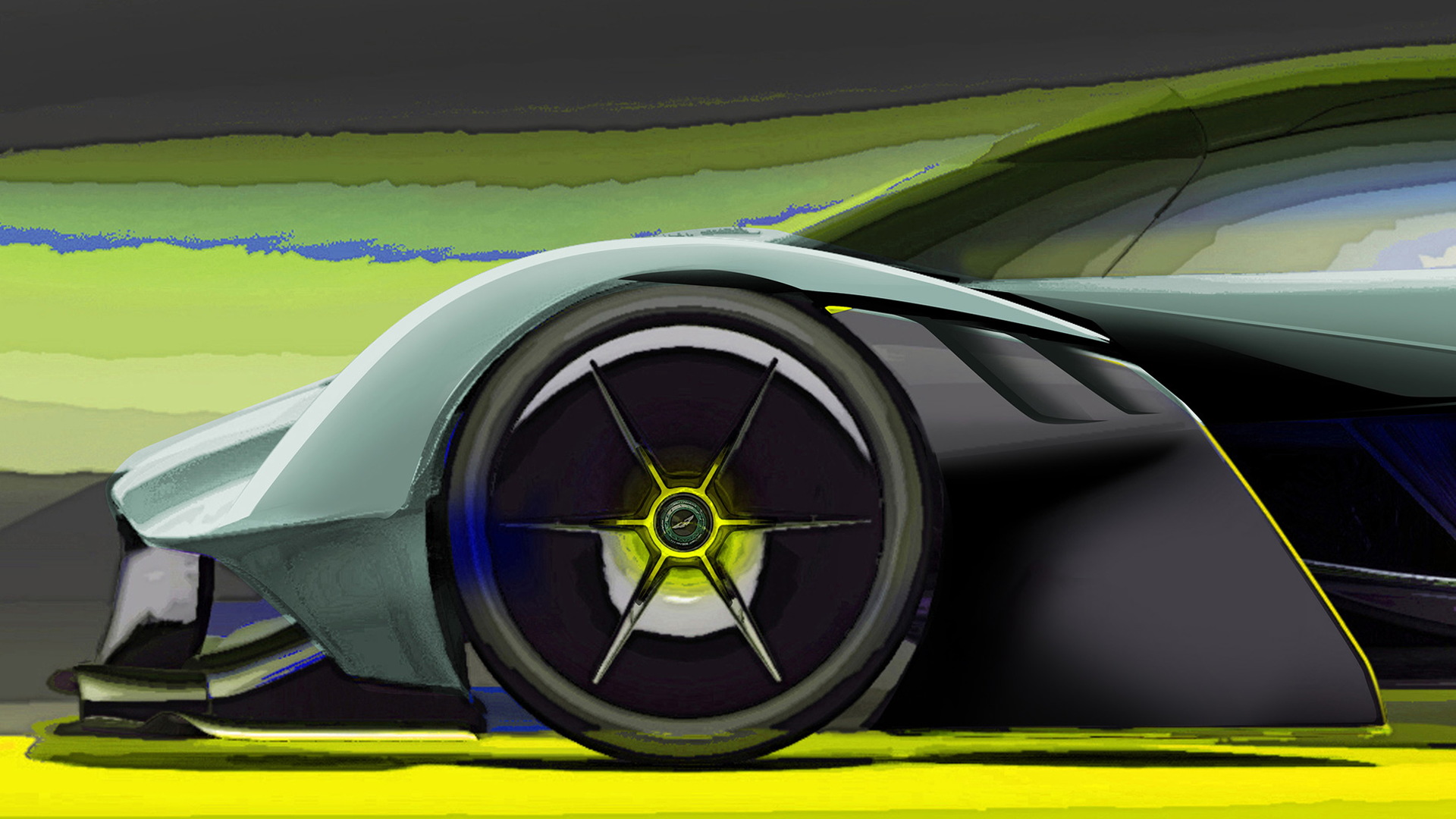 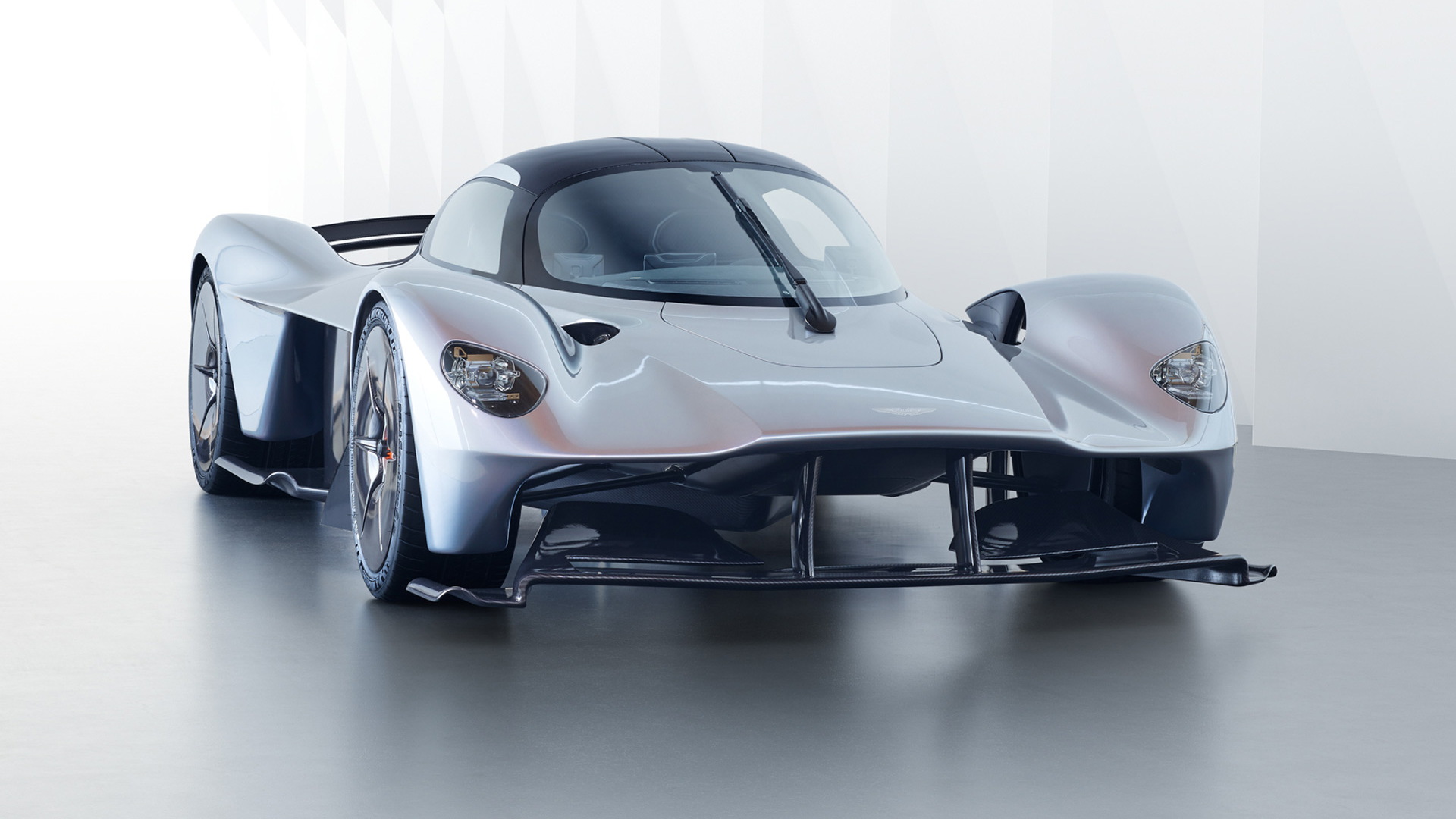 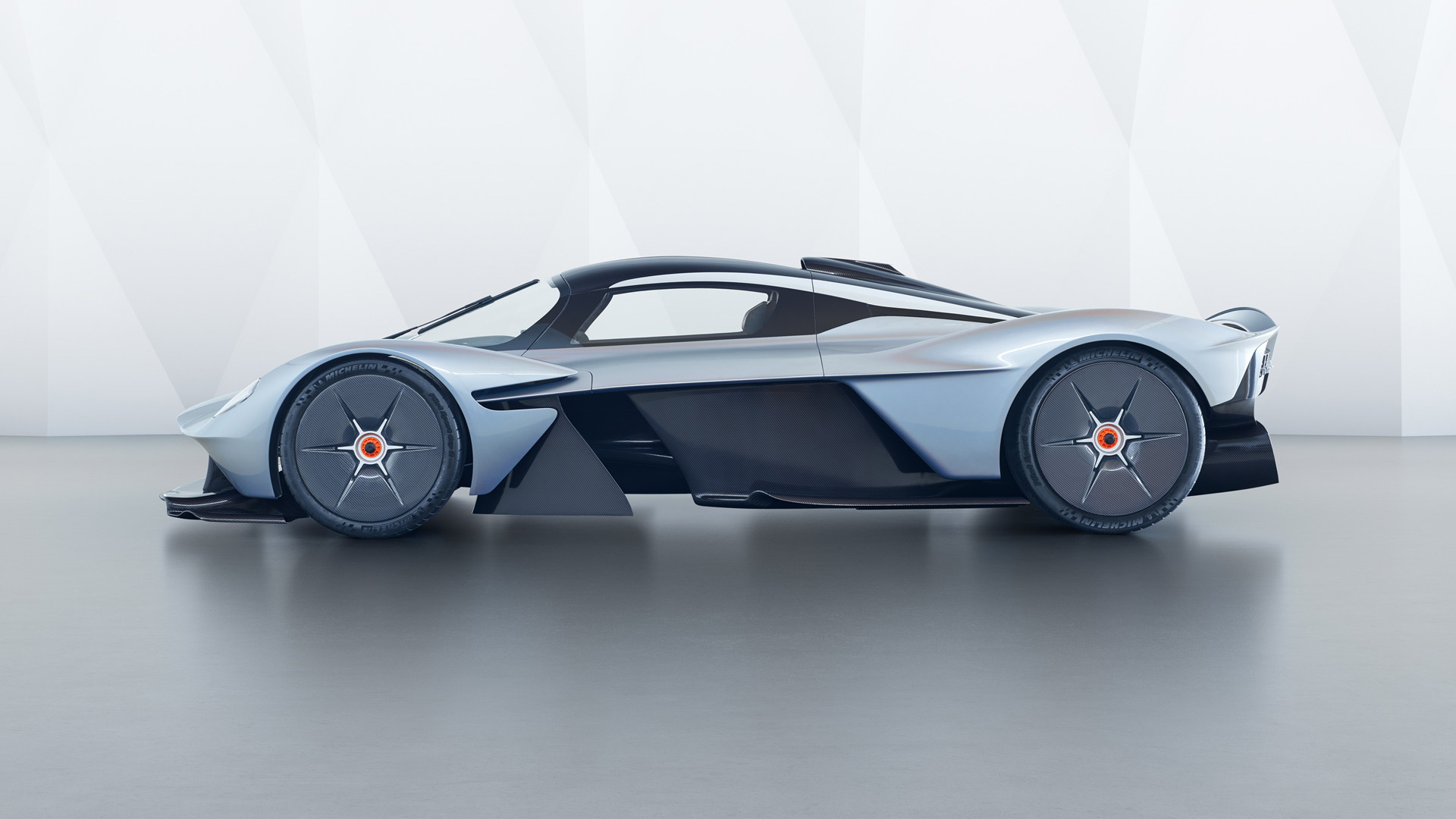 The track-only version of Aston Martin’s hypercar will be called the Valkyrie AMR Pro, and based on simulations conducted by the Red Bull Racing Formula 1 team, which is helping to develop the car, the track times it will achieve will be comparable with F1 and LMP1 race cars.

Owners will also be able to experience speeds approaching 250 mph, as well as cornering forces in excess of 3.3 g and braking deceleration of more than 3.5 g.

Making this possible will be a combination of factors, namely more power, less weight and a heck of a lot of downforce.

The biggest change will be to the body. All the aerodynamic surfaces are being revised in the pursuit of significantly increased downforce, including the addition of much larger front and rear wing elements, together with revised active aerodynamic control strategies tailored for the demands of track driving.

More power and torque will also be extracted from the Valkyrie’s 6.5-liter, Cosworth-sourced V-12 engine, made possible by dialing down most of the emission controls.  The output of the car’s Rimac-sourced energy recovery system will remain unchanged, but its control systems will be reprogrammed for track duty.

Finally, the track car will benefit from a weight-saving program. Creature comforts like the air-conditioner and infotainment system get the boot while some necessary items are replaced with lightweight, racing-style components. These include polycarbonate windows, carbon fiber suspension components, molded racing buckets with no adjustment, and an exhaust with minimal silencing requirements. Oh yes it's going to be loud.

“While it is endowed with extraordinary performance, it has always been vitally important to me that the Valkyrie functions well as a true road car, and that naturally comes with some constraints,” Adrian Newey, Red Bull’s star aerodynamicist who is leading the design work, said of the car. “With the track-only Valkyrie AMR Pro we have the freedom to create an extreme evolution that makes no such concessions.”

Prototypes for the Valkyrie will start testing soon. Aston Martin will build 175 examples all up. Of these, 25 will be Valkyrie AMR Pros. Sadly, build slots for the entire run are gone.

To ensure owners will be able to get the most out of their cars, Aston Martin is setting up a special program for buyers of the Valkyrie AMR Pro that will provide them with access to the same facilities as Red Bull’s F1 drivers. This will include time in the simulator and professional on-track tuition, plus programs to improve their physical fitness.

The reveal of the Valkyrie in production guise will take place next year. First deliveries are scheduled for 2019 for the road car and 2020 for the track car. By then, Mercedes-AMG will have launched its own hypercar, the Project One. Unlike the Aston, there will be only one version of the Merc.