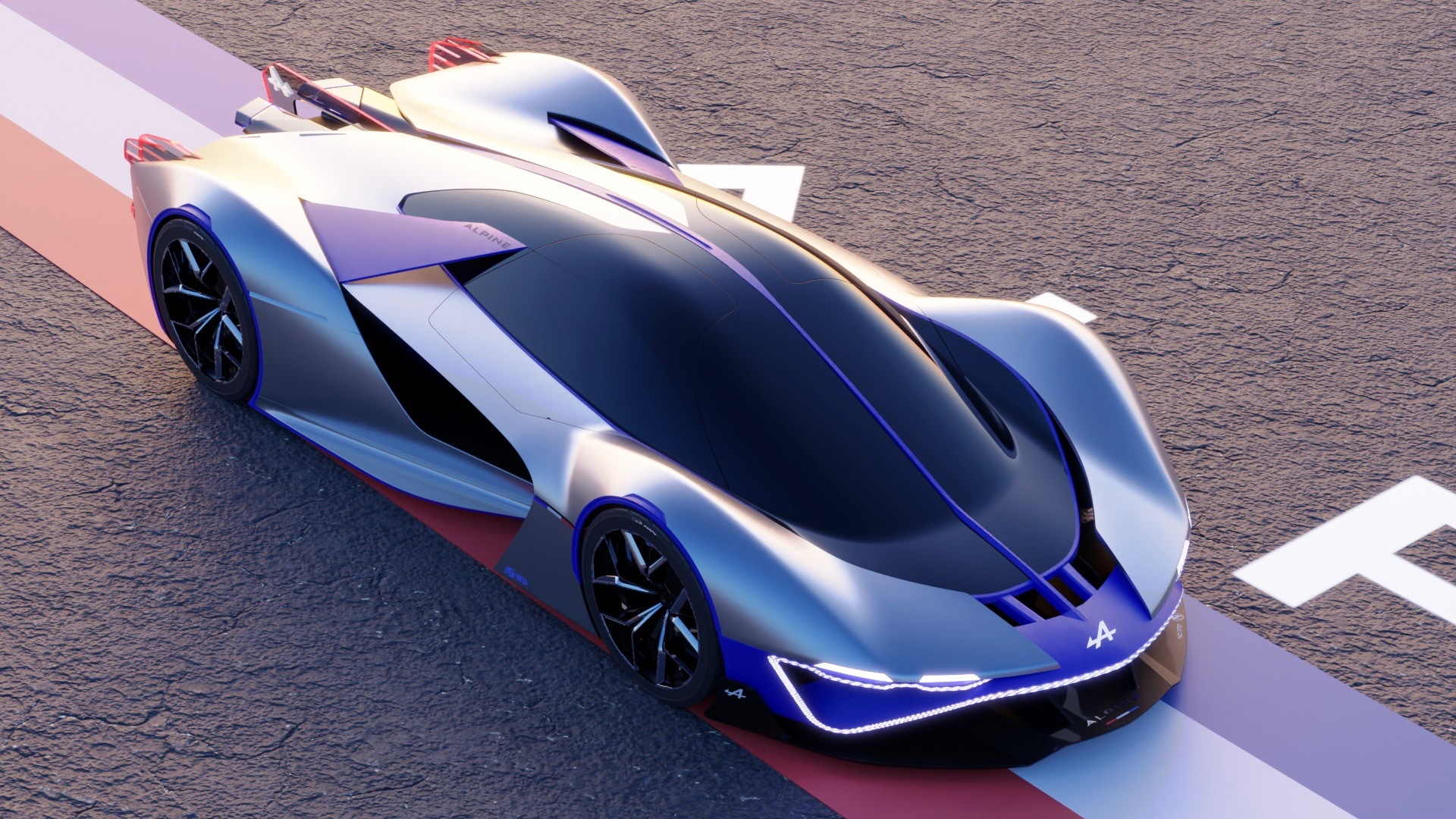 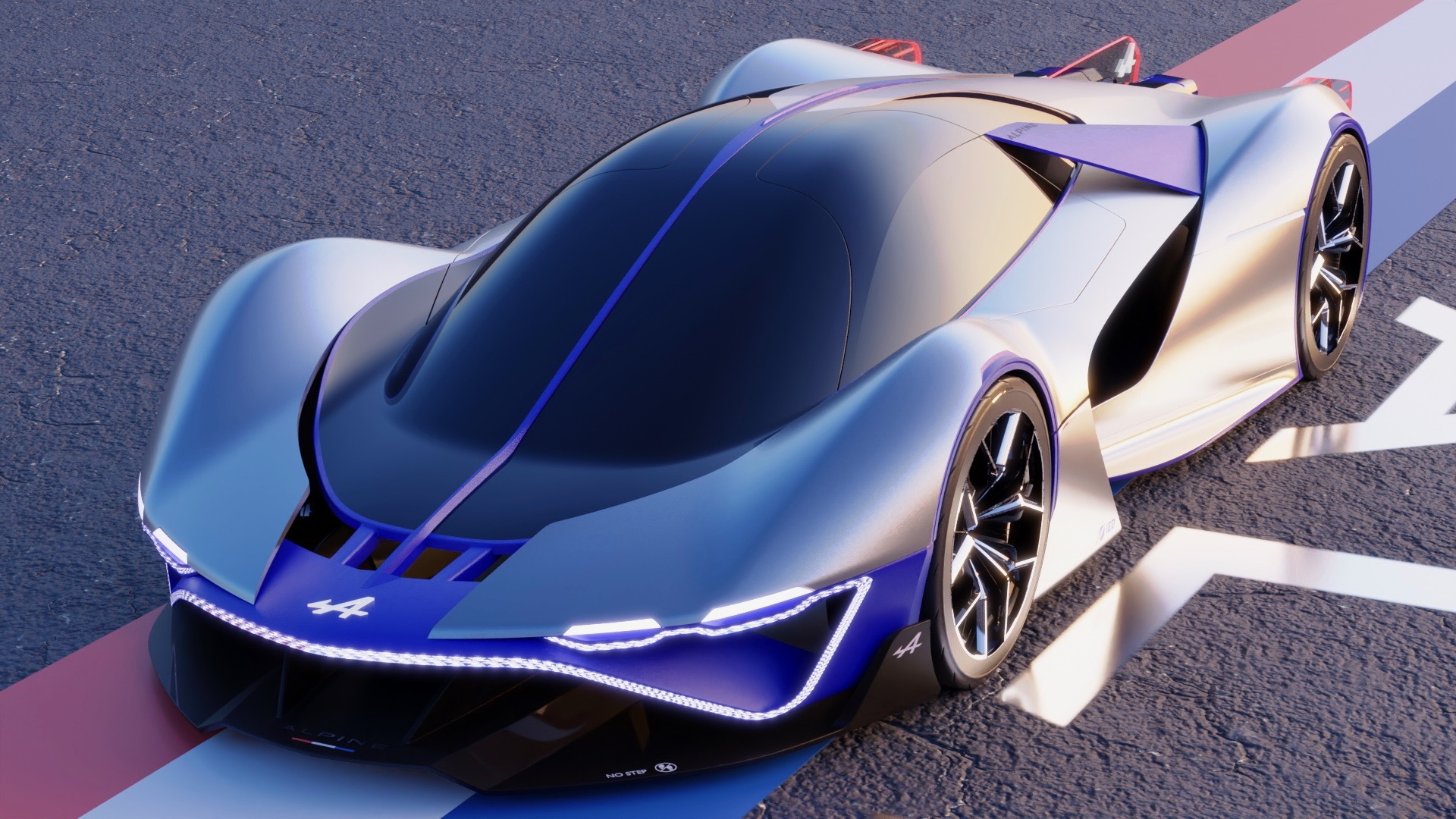 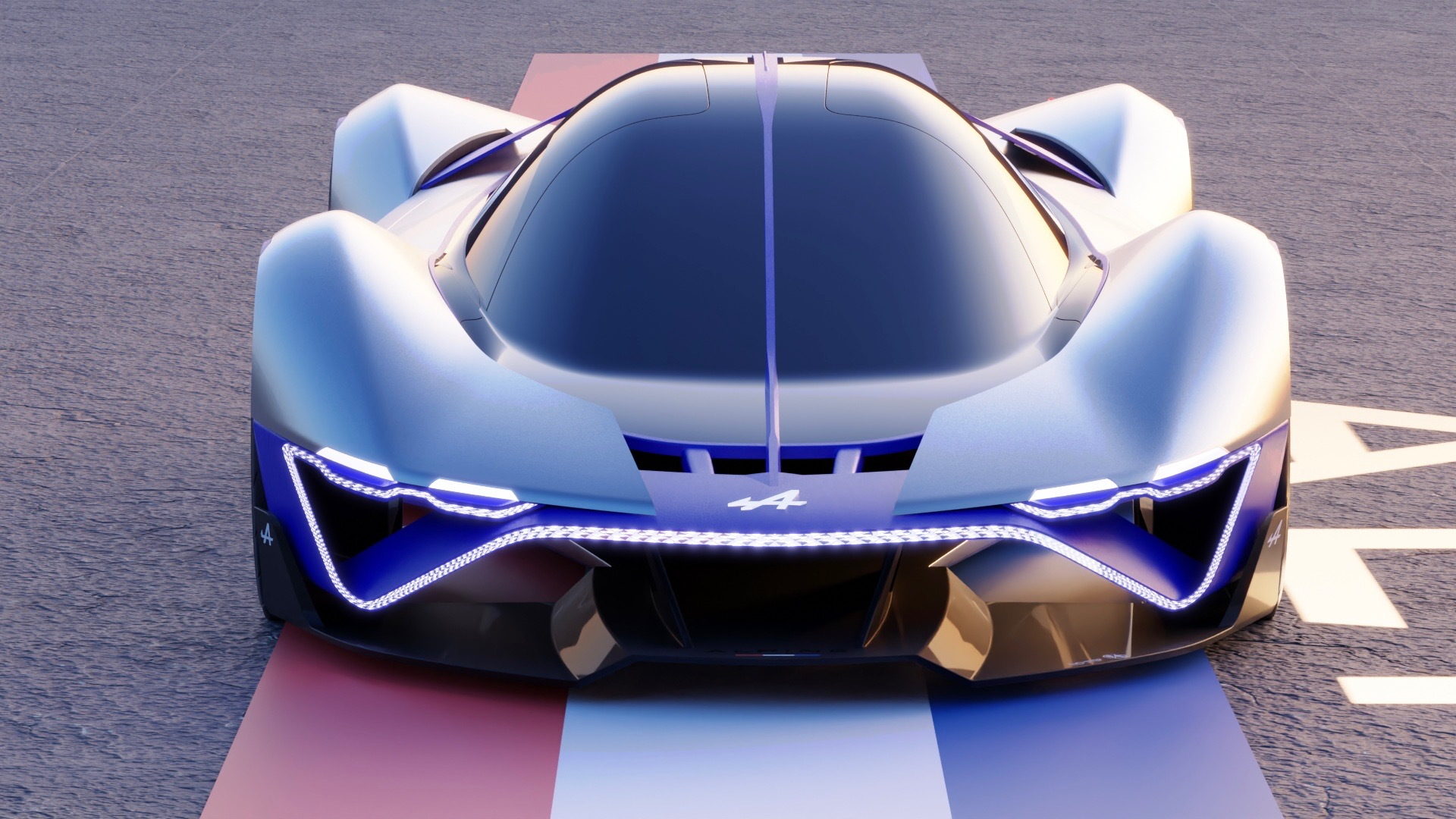 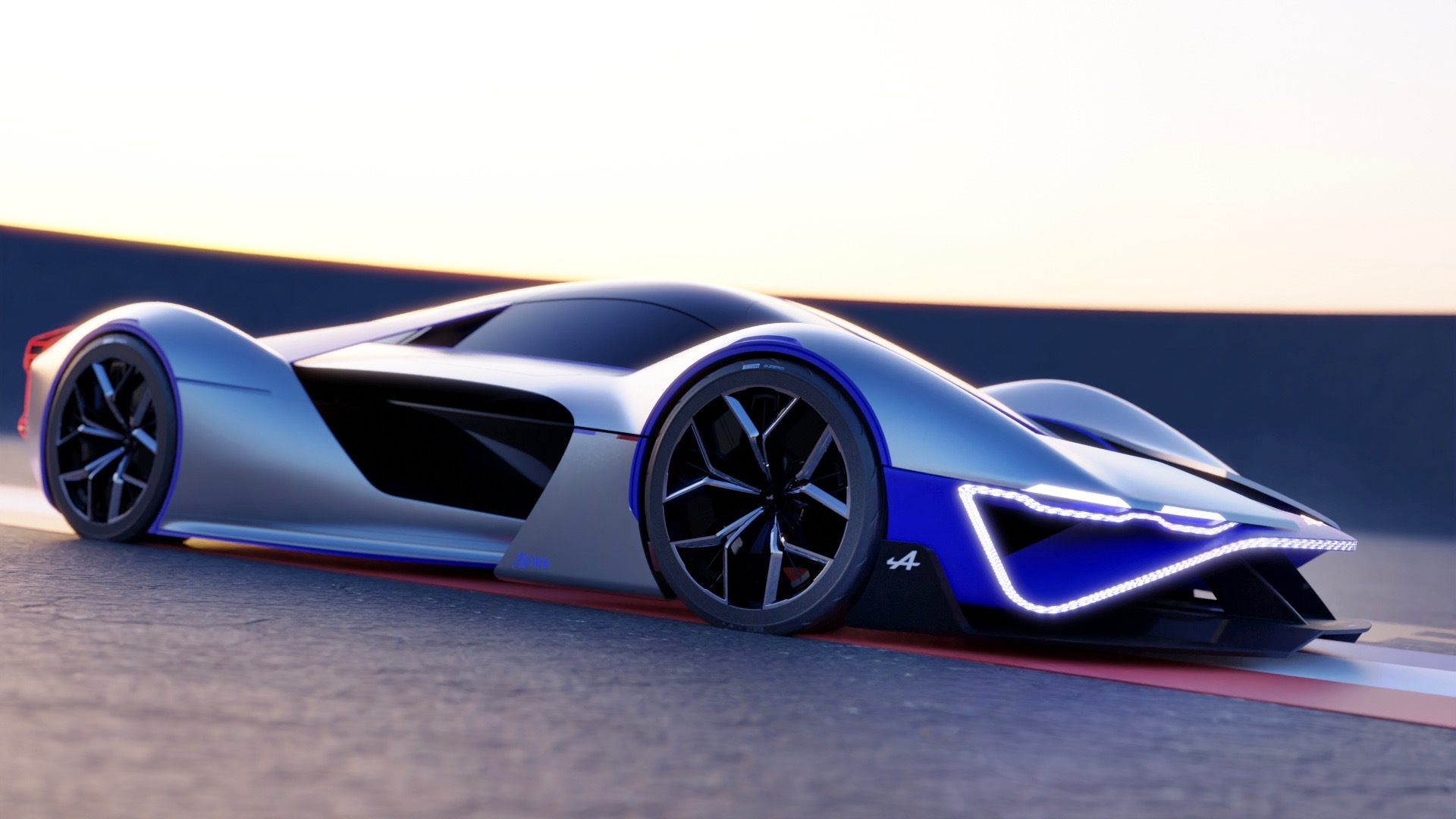 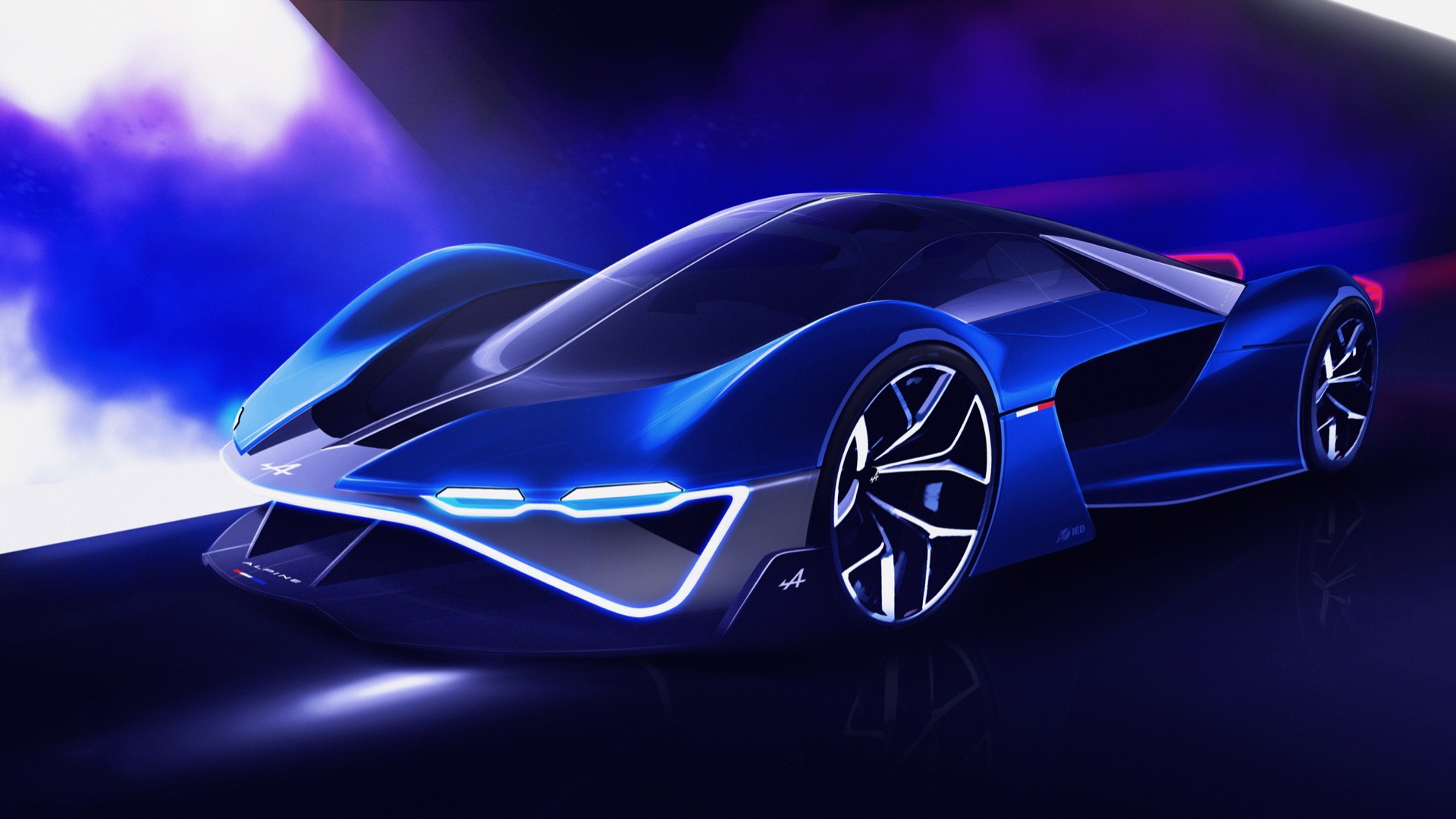 Alpine recently made a comeback with the A110 sports car, as well as a Formula One and World Endurance Championship (WEC) racing program. But now the Renault division is imagining a hypercar for the year 2035.

The automaker recently presented students at the Istituto Europeo di Design (IED) in Turin, Italy, with instructions to design a two-seat hydrogen-powered hypercar of the future. A group of 28 master's students recently presented their interpretation of that idea—the A4810.

Named after the height (in meters) of Mont Blanc, the most prominent Alp, the A4810 was designed around the theme of "subtraction," Alpine said in a press release. The body shape makes use of empty spaces, giving the car a sleeker look and also allowing for F1-style aerodynamic aids, according to Alpine.

Alpine didn't provide much detail on the powertrain, but the press release mentions an engine and fuel tanks, indicating the A4810 uses a hydrogen combustion engine rather than a fuel-cell powertrain. The latter would likely be harder to package within the A4810's svelte bodywork.

IED students have teamed up with automakers for other design projects in the past, including a modern interpretation of the Hispano-Suiza Alfonso XIII (billed as one of the earliest sports cars) in collaboration with the current iteration of the Spanish-Swiss automaker.

Alpine's next production model is unlikely to be a hypercar. The automaker plans to go all-electric with a three-car lineup, and we've already spotted one of those models testing. It's an electric crossover called the GT X-Over, and it's due on sale in 2025. A hot hatchback and an electric replacement for the A110 are expected to follow.