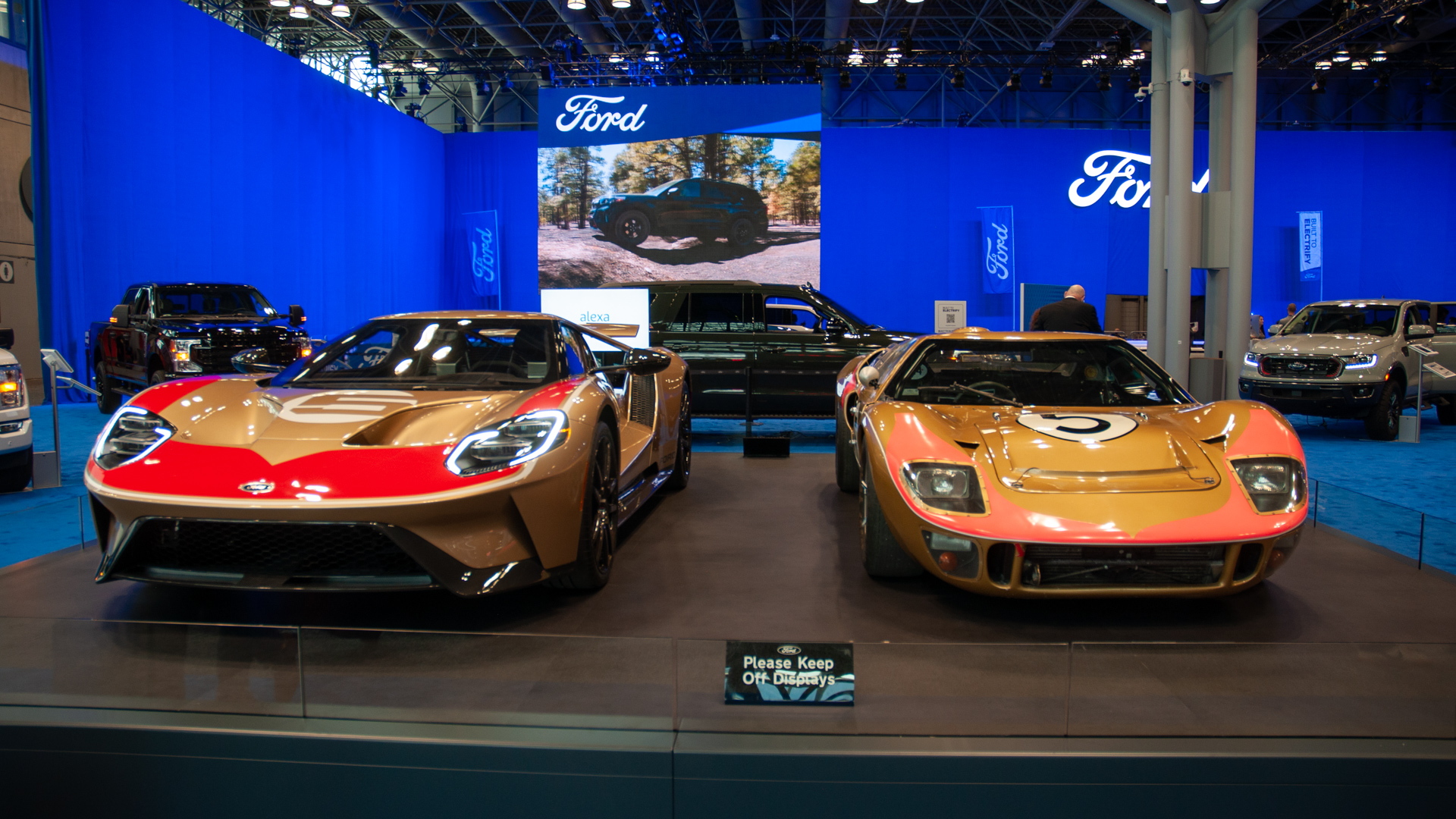 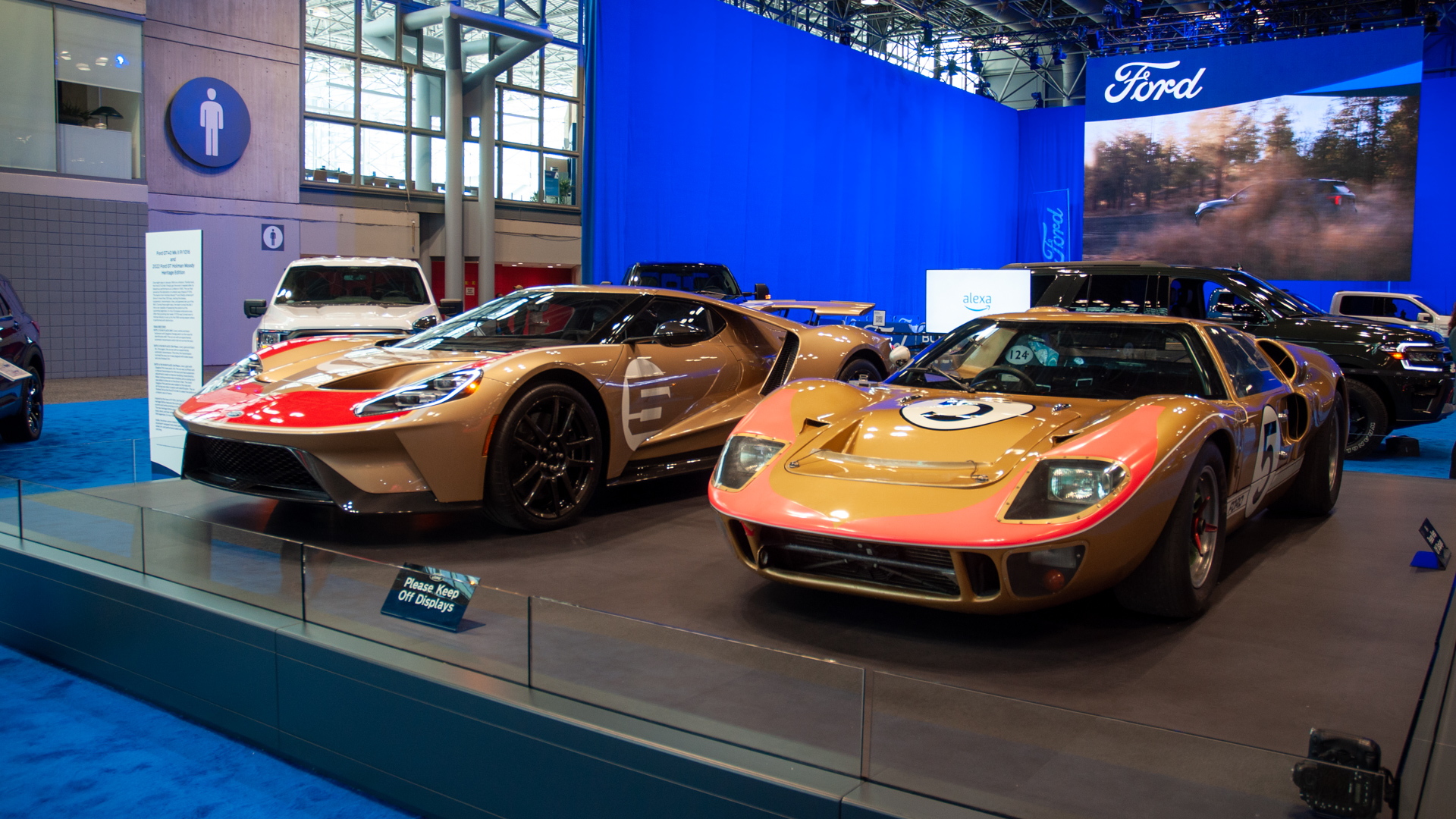 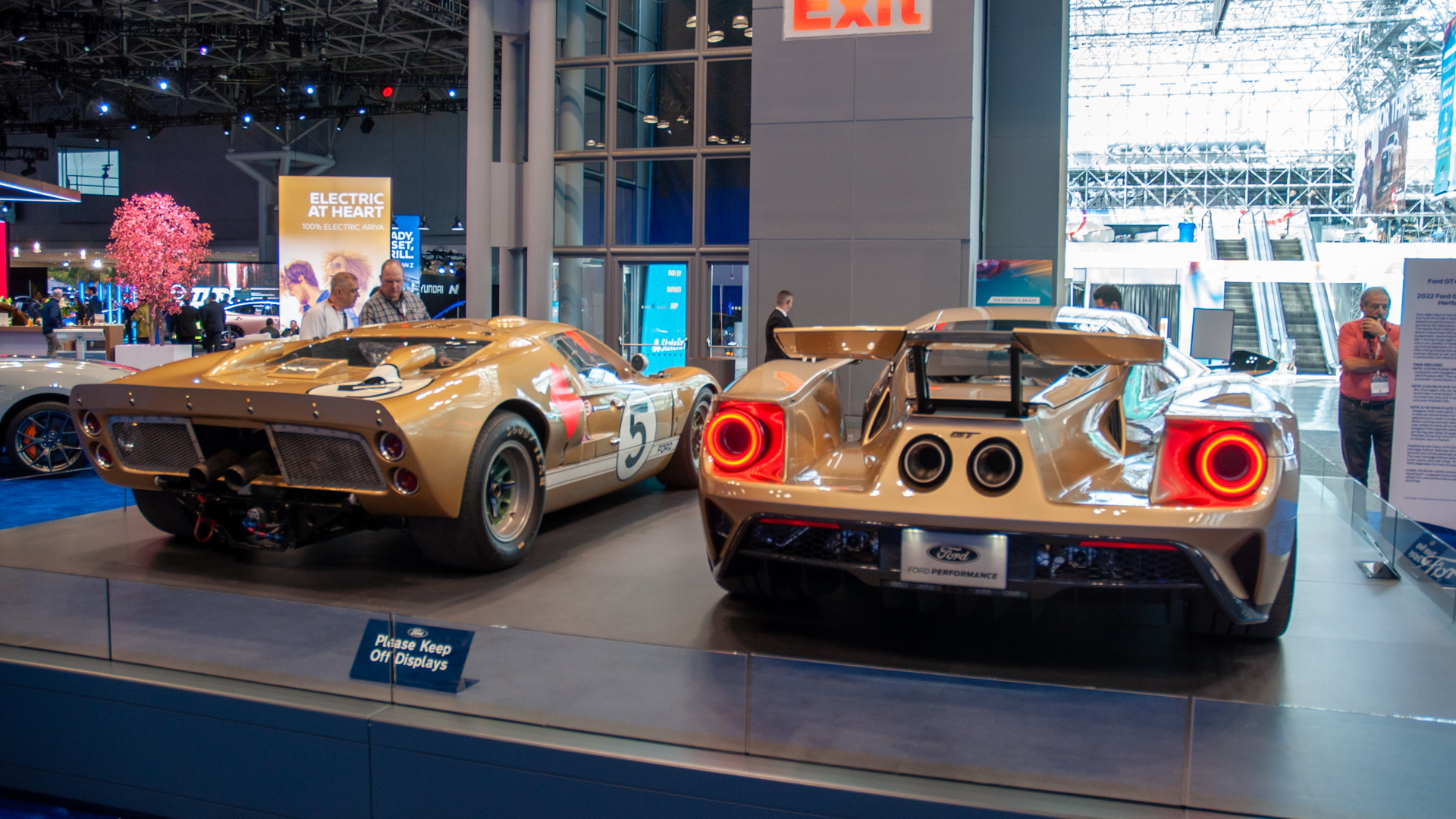 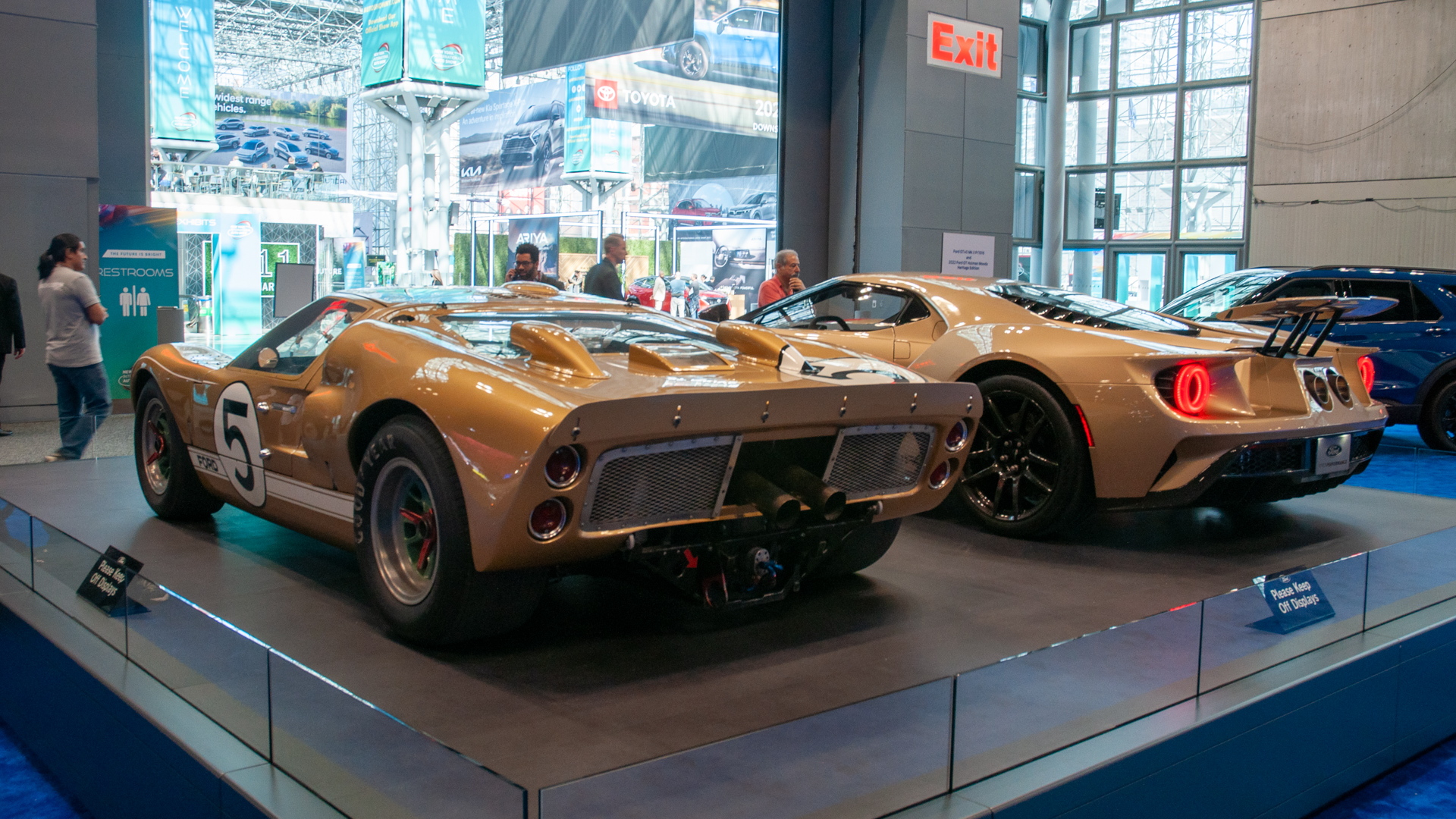 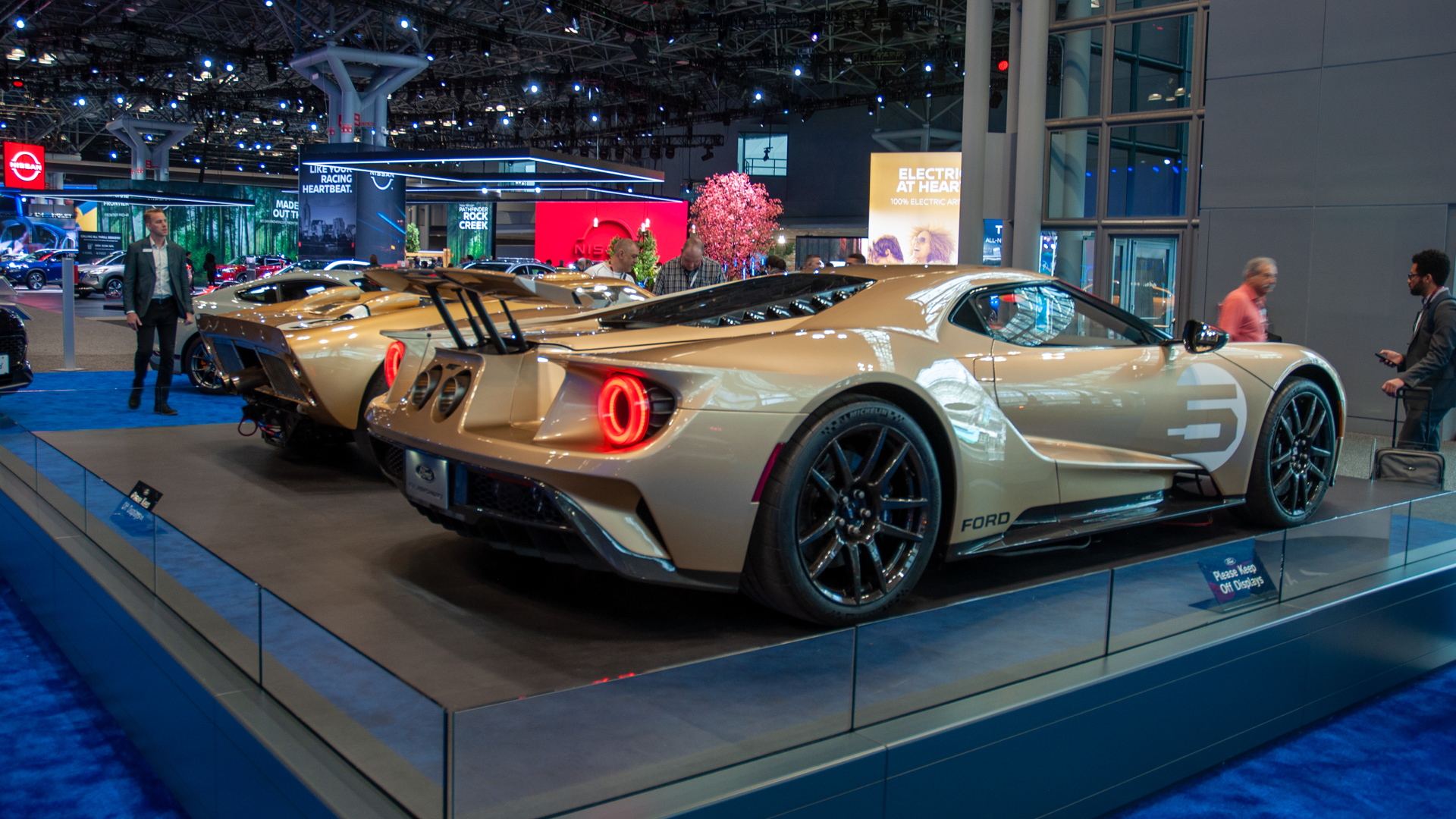 The Ford GT is almost at the end of the road, at least for this generation, but before it bows out we'll see a few more special editions.

The American race team based in Charlotte, North Carolina, campaigned three GT40 race cars in the 1966 24 Hours of Le Mans—the one in which Ford made an epic 1-2-3 finish. One of the Holman-Moody cars, bearing racing number 5 (chassis number P/1016), was the car that finished third. First and second places went to GT40s fielded by Shelby American. Holman-Moody along with Shelby also helped develop the GT40's race-winning 7.0-liter V-8, as well as the brake, suspension and tire setups.

The modern Ford GT Holman-Moody Heritage Edition matches the gold and red livery that the no. 5 GT40 carried at the 1966 Le Mans race, while adding modern touches like exposed carbon fiber. The Brembo brake calipers are black with silver accents. Carbon fiber features in the cabin as well, appearing on door sills and center console, and is joined by black Alcantara with gold accent stitching on the seats, plus a mix of black Alcantara and black leather on the dash and steering wheel.

GT Heritage Edition cars don't come with any powertrain mods. This means the GT Holman-Moody is powered by the standard 3.5-liter twin-turbocharged V-6, good for 660 hp. The engine is hooked to a 7-speed dual-clutch automatic and spins the rear wheels only.

The arrival of the GT Holman-Moody brings the total number of GT Heritage Edition models to nine, and it's the last of the special editions paying tribute to the GT40 Mk II race cars that completed the 1-2-3 sweep at the 1966 Le Mans race. Ford hasn't said how many build slots will be available, though earlier examples have numbered as high as 50 units. Note, these cars don't increase the total run of 1,350 units Ford will build for this generation of its GT supercar, whose production run will come to an end in December.

The Ford GT Holman-Moody Heritage Edition made its formal debut on Wednesday at the 2022 New York International Auto Show. To learn about other cars at the show, head to our dedicated hub.