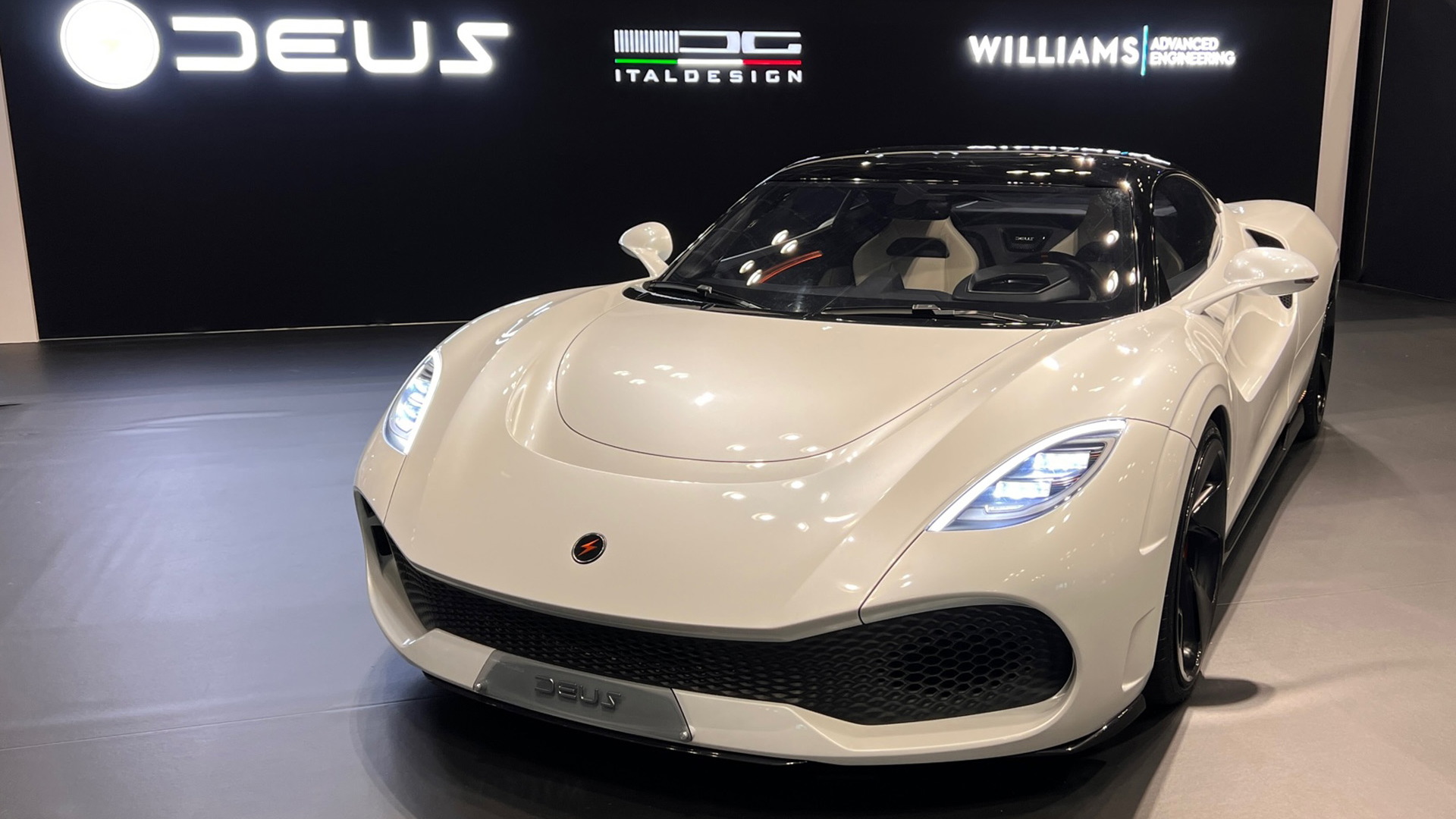 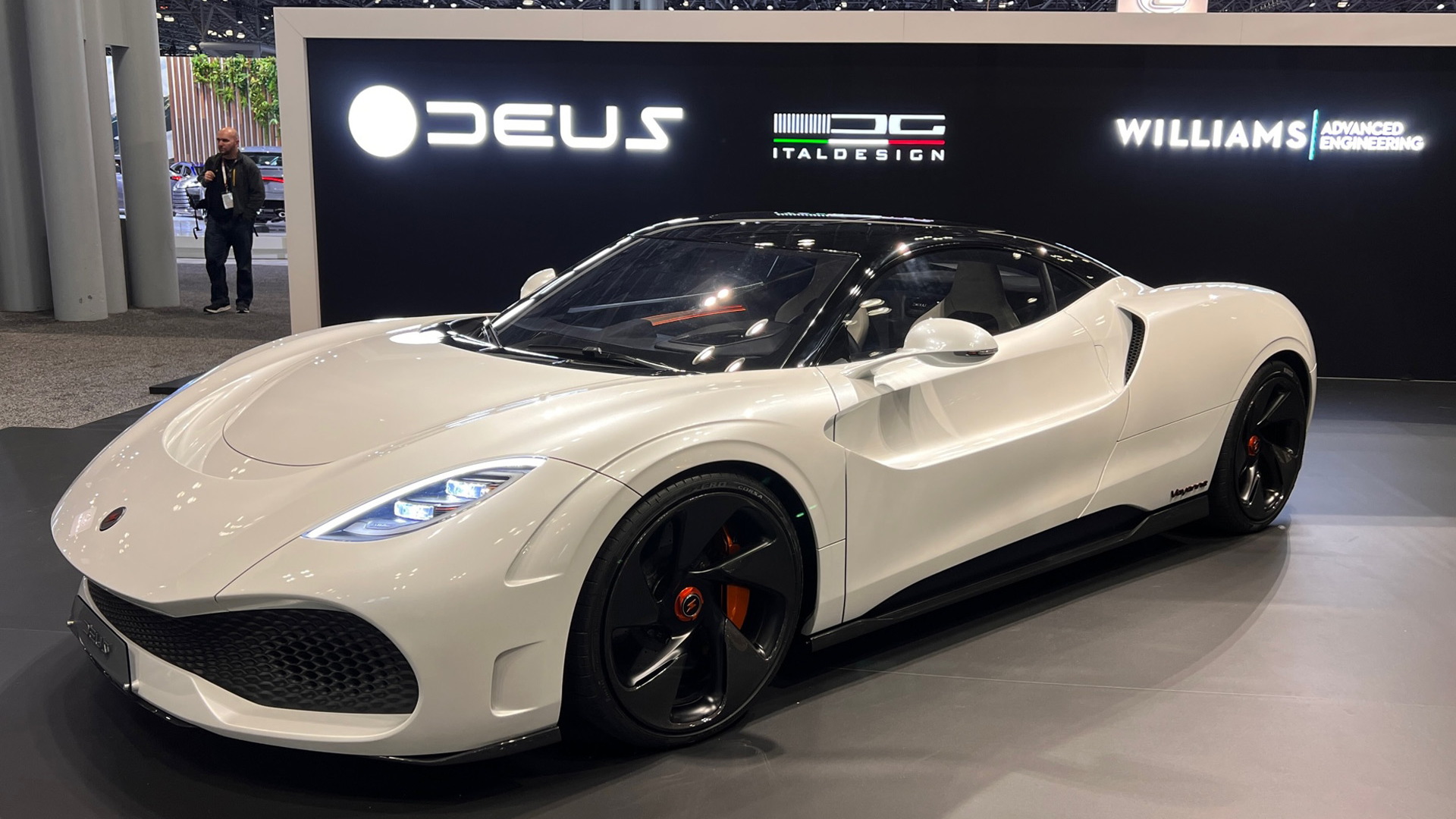 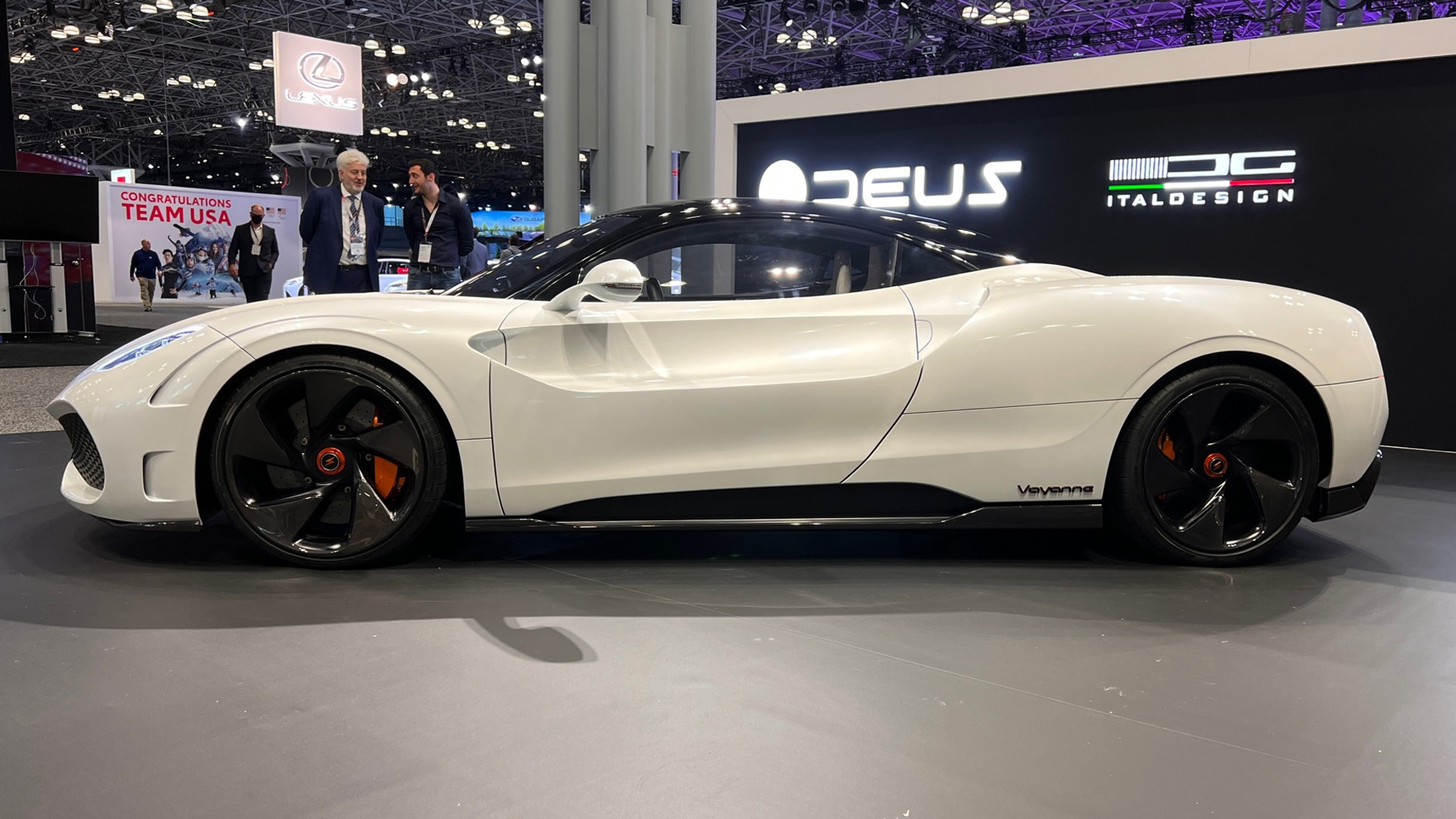 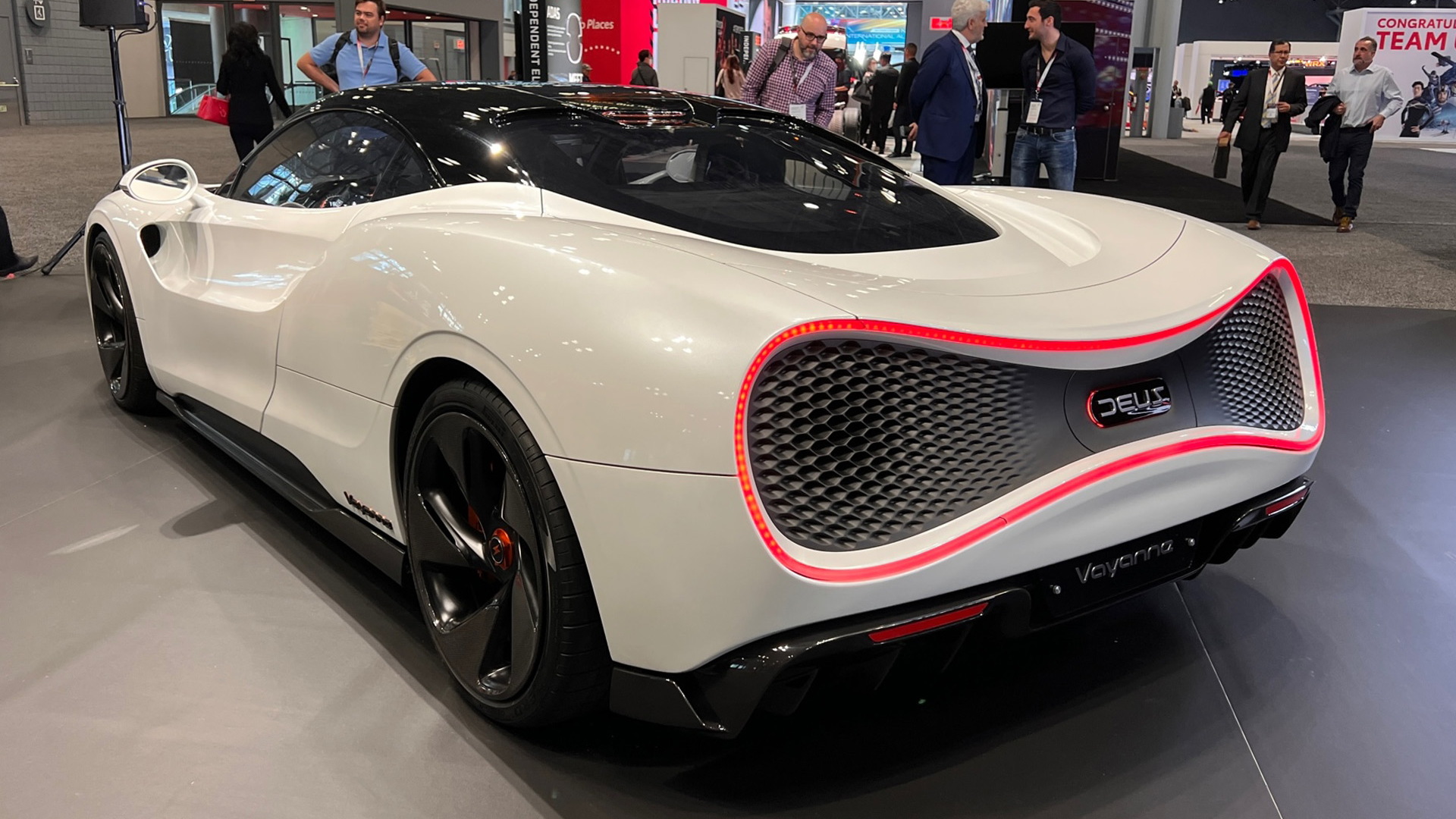 An Austrian startup company by the name of Deus has unveiled an electric hypercar with some staggering performance numbers at the 2022 New York International Auto Show.

The hypercar is called the Deus Vayanne, and industry stalwarts Italdesign and Williams Advanced Engineering are involved in the development.

The Vayanne on display in New York is only a mockup. There's still a lot of development to be done as Deus is planning for deliveries to start only in 2025, so put away those checkbooks for now. Production is to be limited to 99 units.

Performance targets include an output of more than 2,200 hp and 1,475 lb-ft of torque, which would make the Vayenne the world's most powerful production car by a significant margin. The next closest is the Rimac Nevera with 1,914 hp. Deus said future owners can look forward to 0-62 mph acceleration in under 2.0 seconds and a top speed of more than 248 mph.

The exterior design is hardly groundbreaking, though an interesting element is the use of the infinity symbol to frame the front intakes and rear vents. Likewise, the interior design is also somewhat conventional, though here too there is an infinity inspiration. Infinity mirrors are used for accents on the dash and door panels, creating a look that changes with the viewing angle.

Much of the technology behind the Deus has been supplied by Williams Advanced Engineering. The British company is the former technology offshoot of the Williams Formula One team. It was acquired in January by Fortescue Metals Group, an Australian mining company that will tap the engineering company's expertise for the development of eco-friendly freight trains, mining trucks, and industrial heavy mobile equipment.

Italdesign supported Deus in the construction of this initial concept, and will continue to work with the company toward production. Italdesign is owned by Volkswagen Group but operates like an independent design firm, similar to how it was run under the guidance of founder Giorgetto Giugiaro, who today runs the rival design studio GFG Style. For example, Italdesign recently worked with Nissan on a 50th anniversary project for the GT-R. Italdesign is also working with the modern DeLorean on its new DMC-12.

Recently, Italdesign also teamed up with Williams Advanced Engineering to develop a modular EV platform. The platform, called EVX, can deliver up to 1,341 hp.