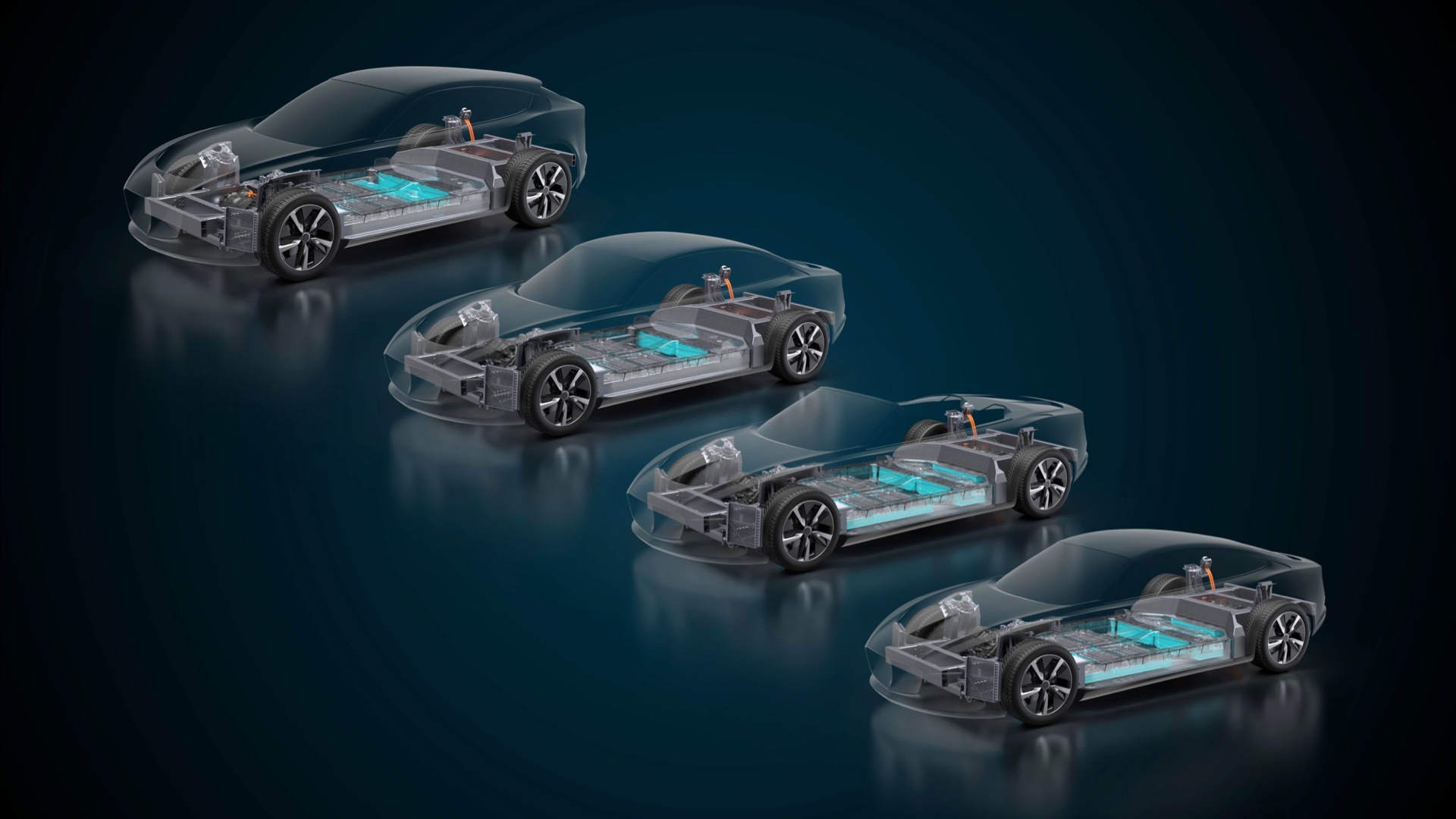 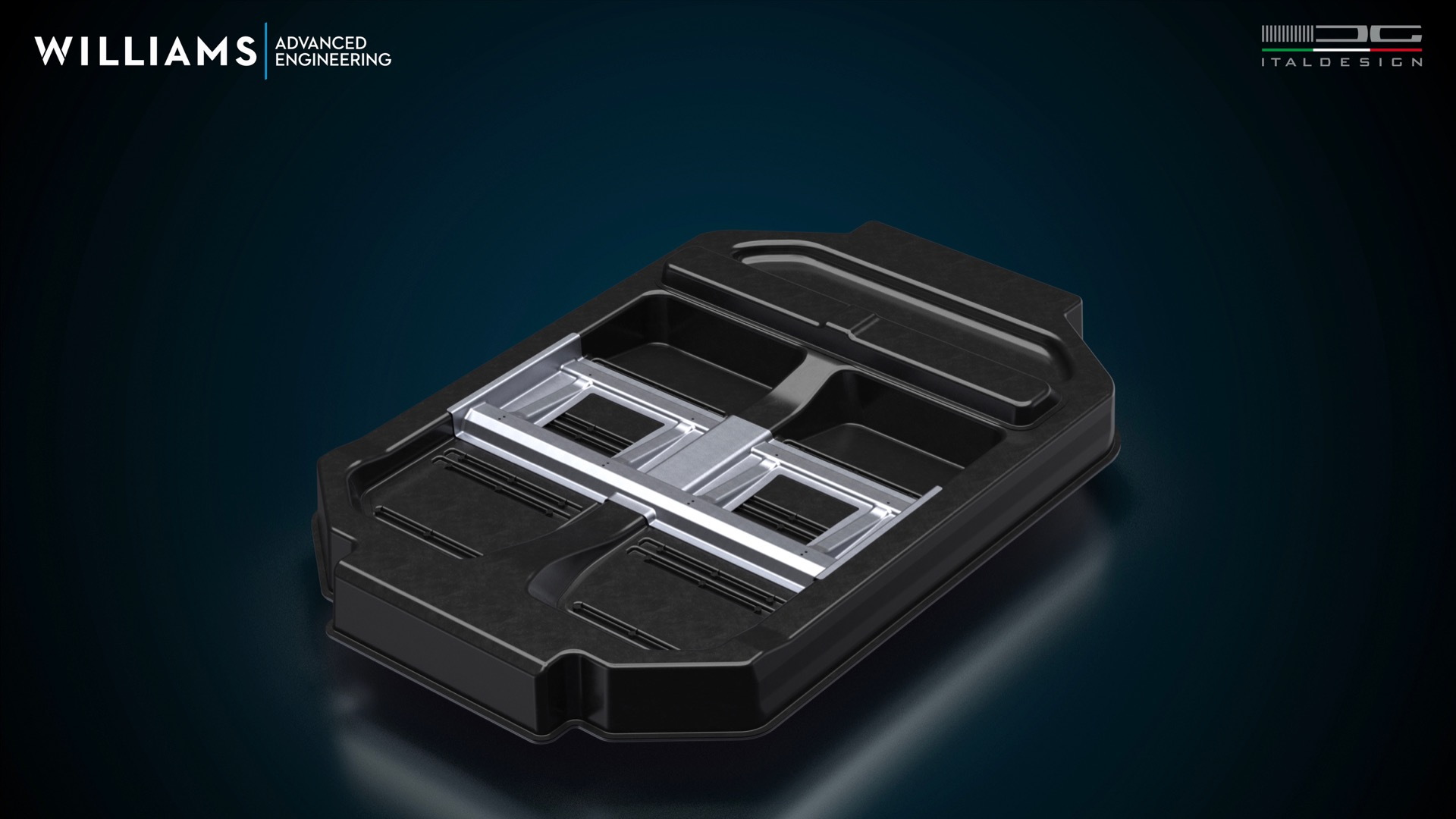 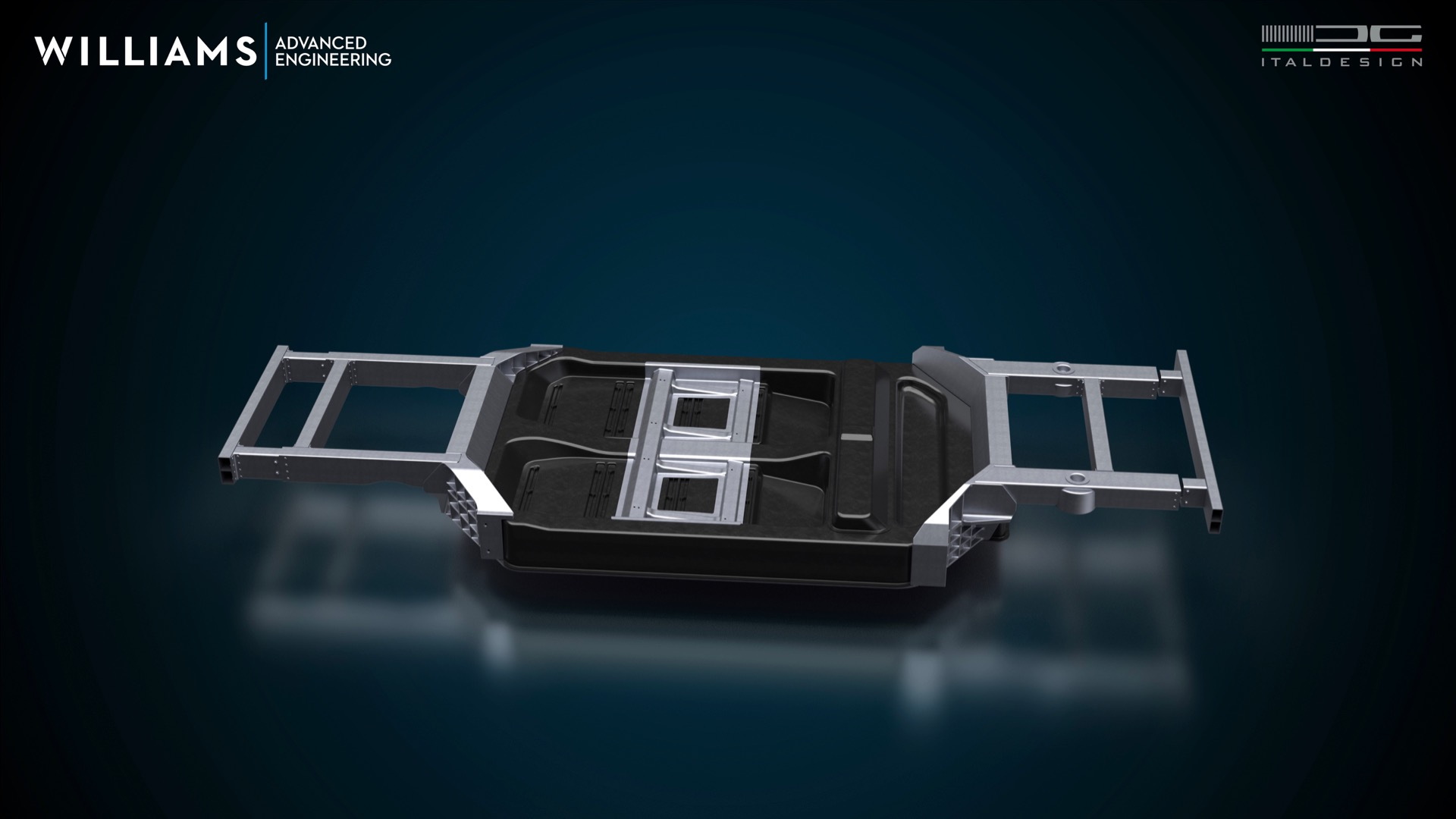 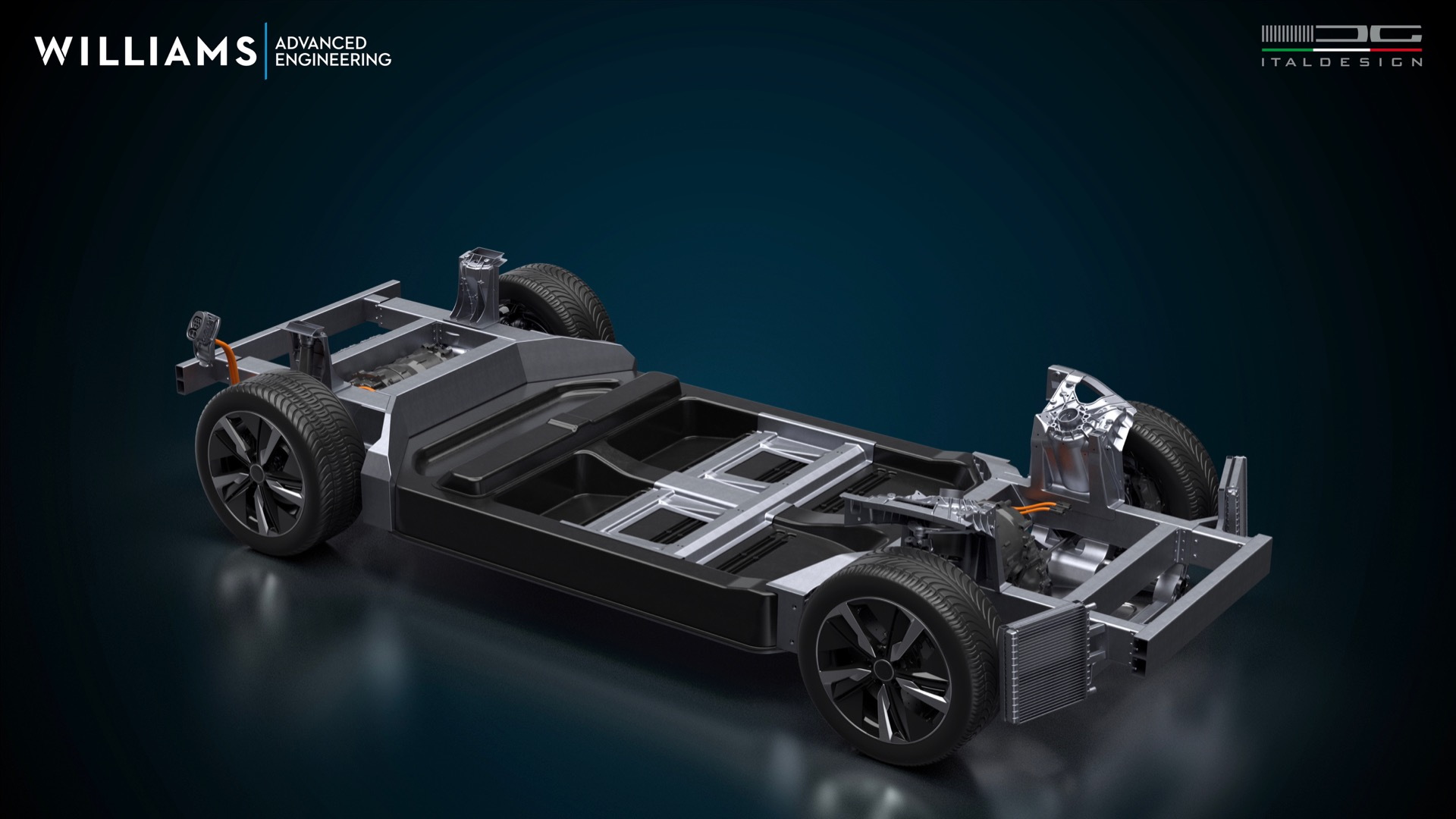 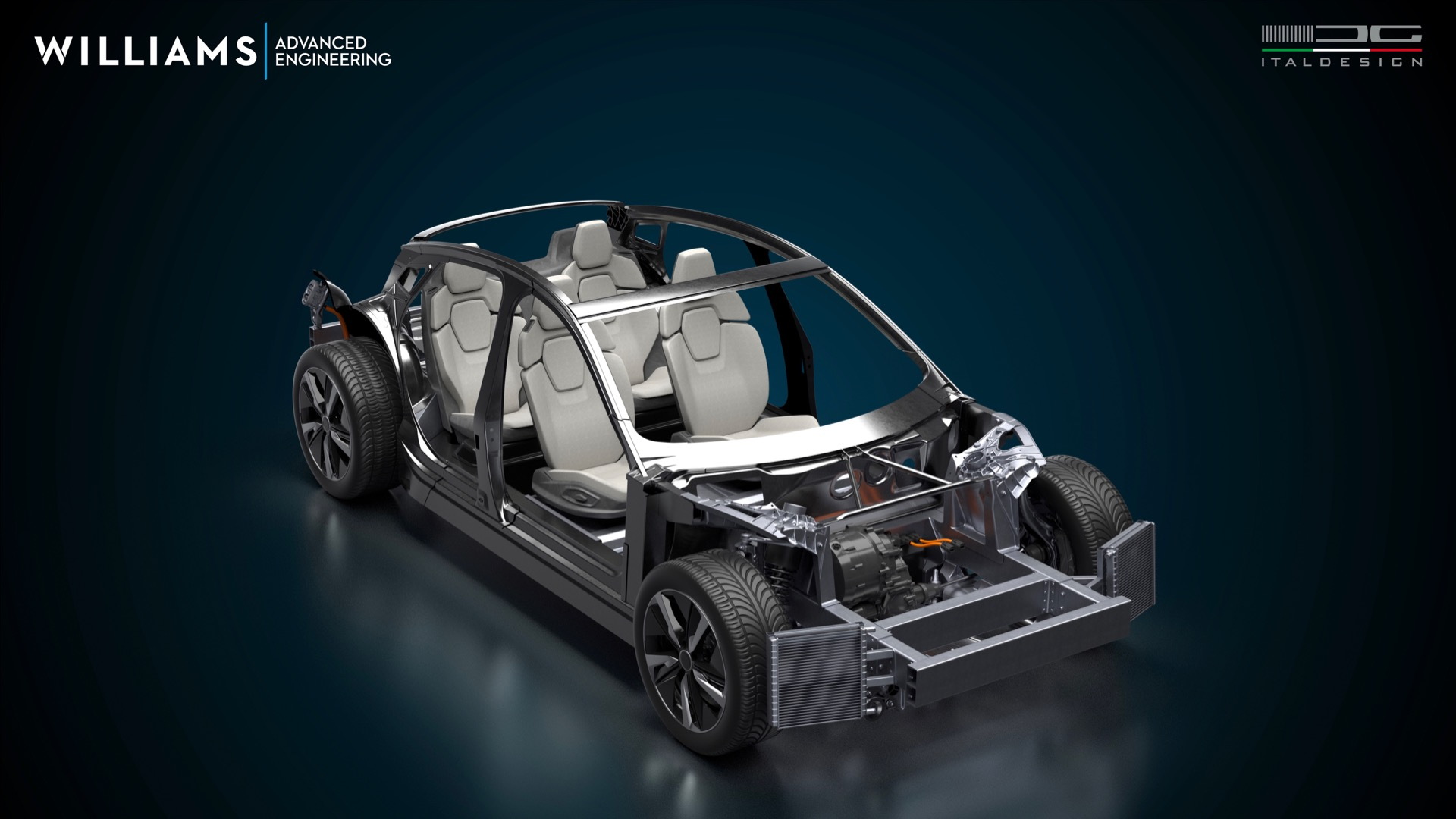 Legendary design firm Italdesign and Williams Advanced Engineering, a spinoff of the Williams Formula One team), are partnering on a modular EV platform for low-volume production. The goal is to develop a complete rolling chassis that can support a variety of vehicles, the two companies said in a press release Wednesday.

"We aim to develop vehicle architectures in the GT, sedan, crossover, and convertible markets, fully customizable inside and outside," Italdesign CTO Antonio Casu said in a statement. "We are targeting business cases that cover different production volumes from an ultra-limited series up to 10,000 units, 500 of which can be built by Italdesign at our facilities in Turin."

The platform, called EVX, can handle up to 1,000 kw (1,341 hp) of power output, with energy-storage capacity of 104 kwh to 120 kwh, according to Williams. The battery pack can also be expanded to 160 kwh, allowing for up to 621 miles of range (likely as measured on the European testing cycle), according to the company.

The pack was designed in-house by Williams, which has plenty of experience with EV batteries. The company was the original battery supplier for Formula E, and will return to that role for the 2022-2023 season. It also supplies batteries for the ETCR and Extreme E electric race series.

Williams designed the battery pack to be part of the vehicle's structure, mounting front and rear structural elements directly to the carbon-composite battery case. This, along with the design of the side sills, means less reliance on the upper body structure for torsional rigidity and crashworthiness, giving designers more freedom, according to Williams.

The platform can also accommodate different wheelbase lengths, as well as rear-wheel drive or all-wheel drive. Italdesign will pen the bodywork based on client companies' preferences.

Italdesign and Williams didn't name any clients, but they aren't the only companies developing a third-party modular EV platform.

Automotive supplier Magna is supplying its own platform for the Fisker Ocean crossover, while Rivian is using its "skateboard" platform as the basis for Amazon delivery vans and at least one future Ford EV. Even Foxconn—the company that contract manufactures Apple iPhone—hopes to enter the car business with its own platform.