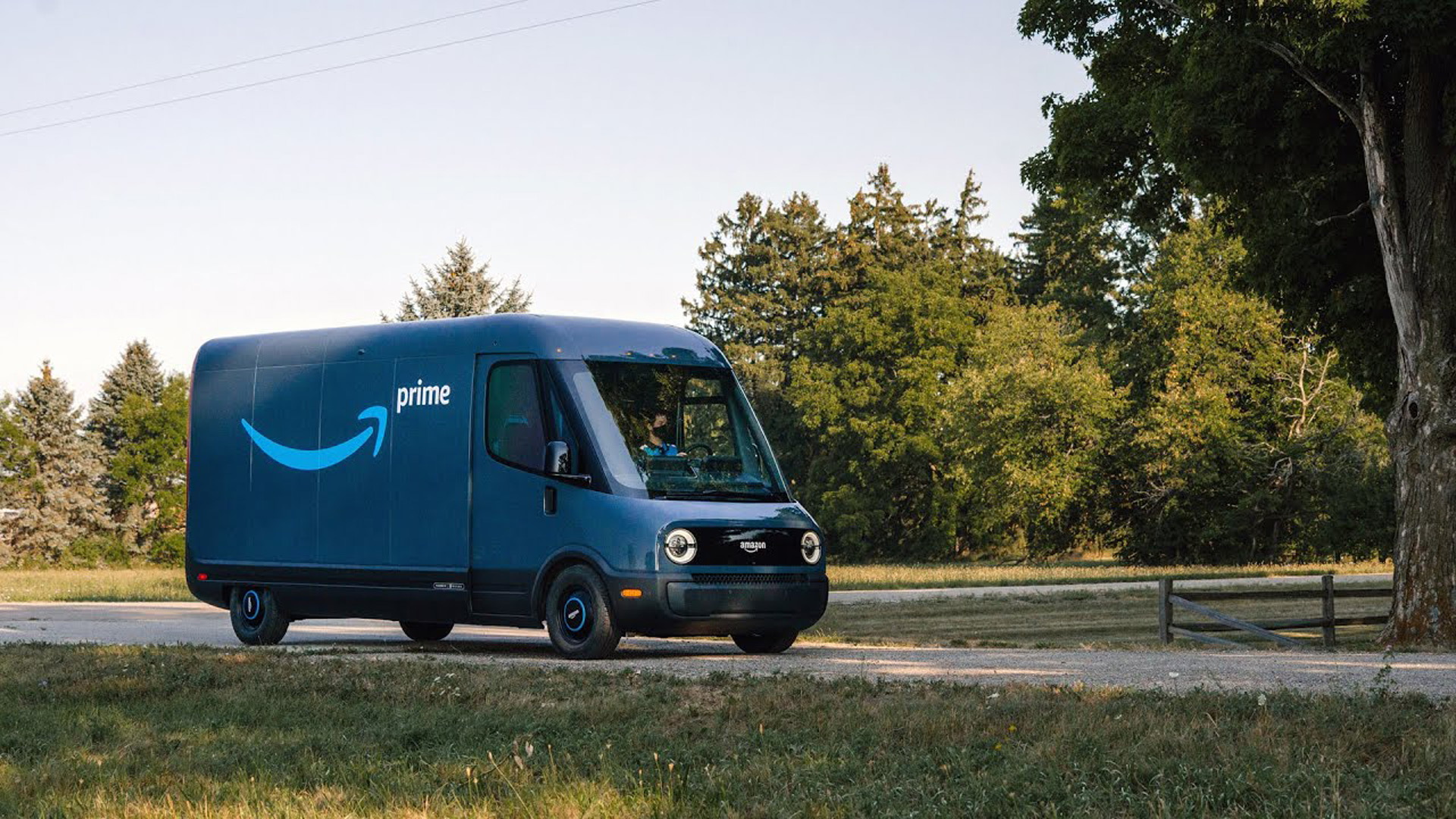 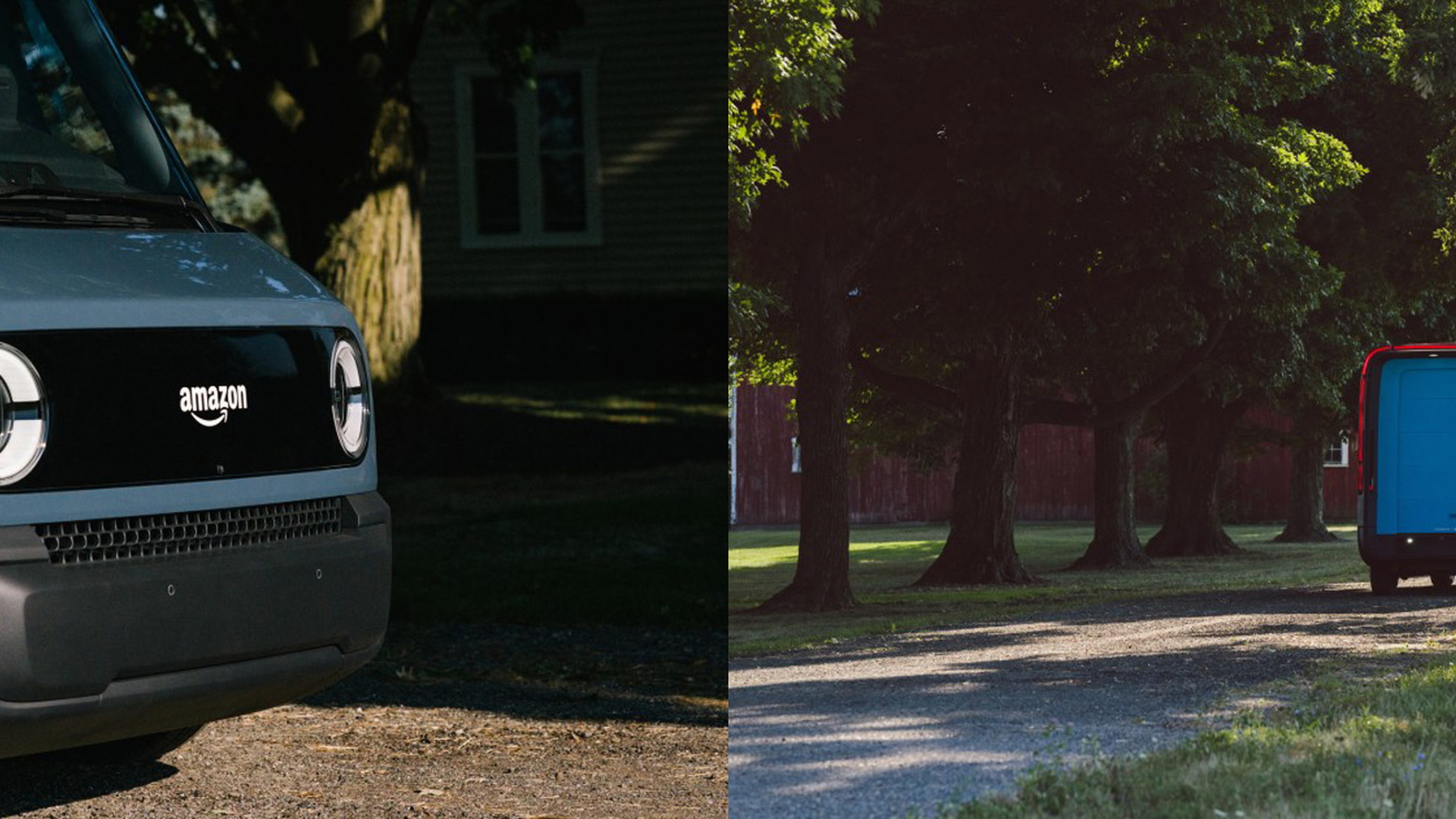 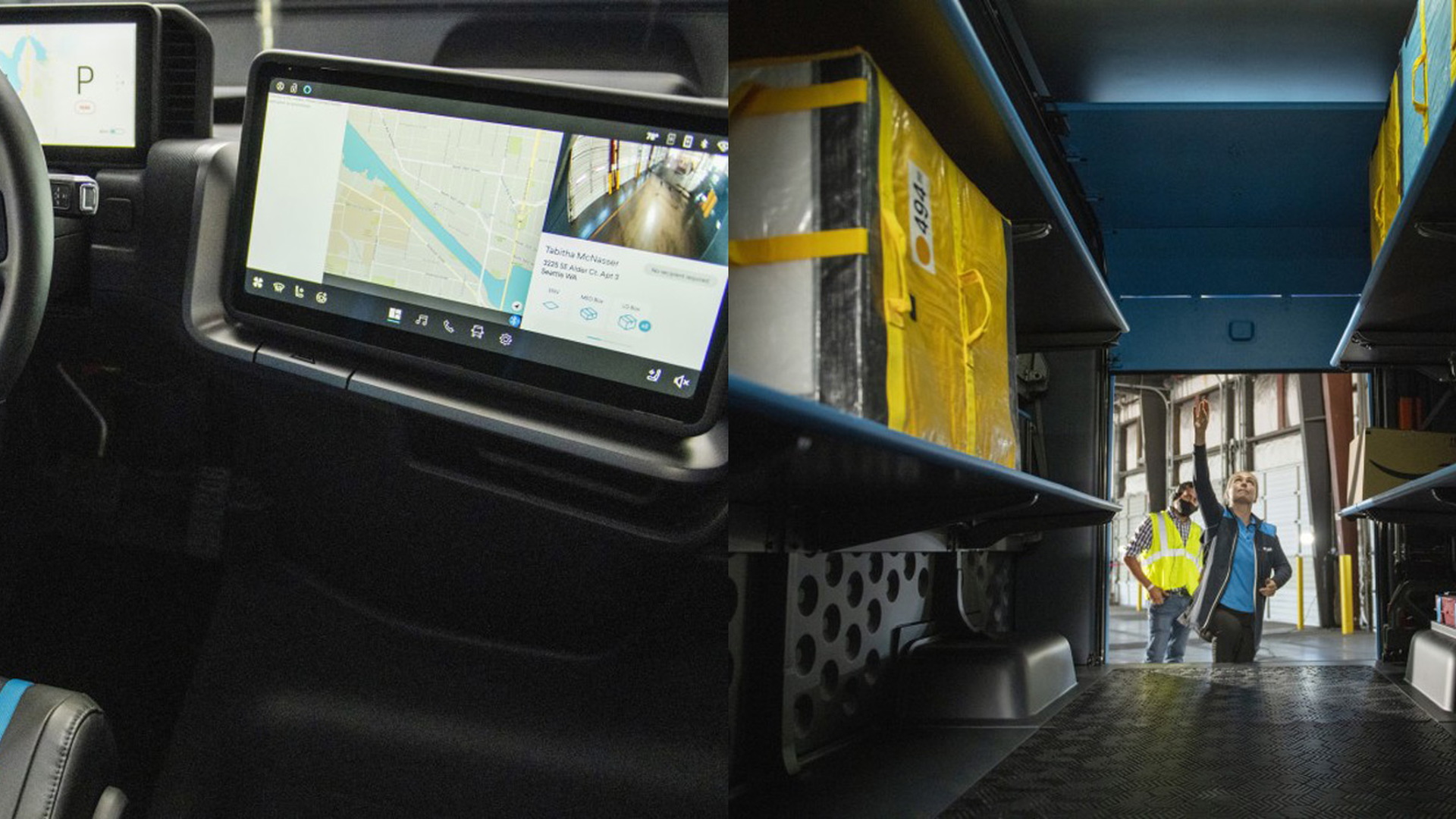 Amazon on Thursday revealed its electric delivery van that will be built by Rivian, which counts the Internet retailer as a major investor.

Amazon last fall pledged to have 100,000 electric delivery vans on the road by 2030 as part of a wider goal of becoming carbon neutral by 2040.

The van is one of three vehicles Amazon has commissioned Rivian to develop, and we should see it hit the road in 2021. Amazon will have electric vans on the road earlier in parts of Europe, however. In August it announced it will purchase 1,800 vans from Mercedes-Benz, specifically the eSprinter and eVito models.

The Rivian design is exclusive to Amazon. It even carries Amazon's logo, as opposed to Rivian's own.

The van will share a platform with Rivian's R1T pickup truck and R1S SUV, including the battery, and will be built at the same plant in Normal, Illinois, as Rivian's own vehicles. According to Rivian's most recent update, the R1T and R1S will start deliveries next summer.

No specs on the Amazon van's powertrain have been released but we know Rivian's platform supports batteries up to 180 kilowatt-hours in size. In Rivian's own vehicles, such a battery can deliver over 400 miles of range.

Amazon's van is characterized by its large windshield, which was selected to enhance driver visibility. It was also designed with a surround-view camera system that displays images on a large digital display in the dash. Naturally Alexa is built-in.

Another interesting design trait are the taillights which surround the top half of the van's rear. Access to rear is via a roll-up door which will help in tight parking spots.