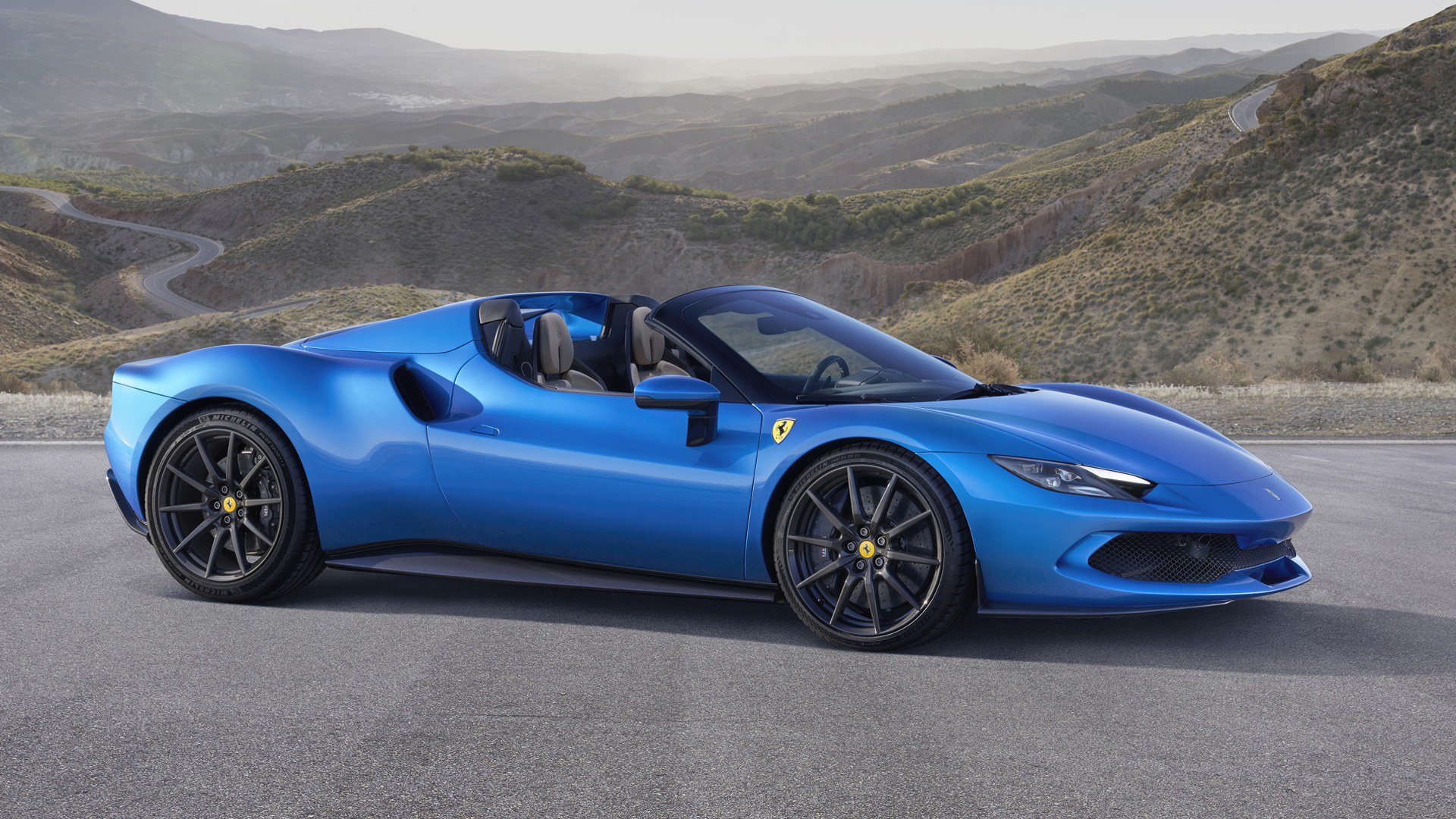 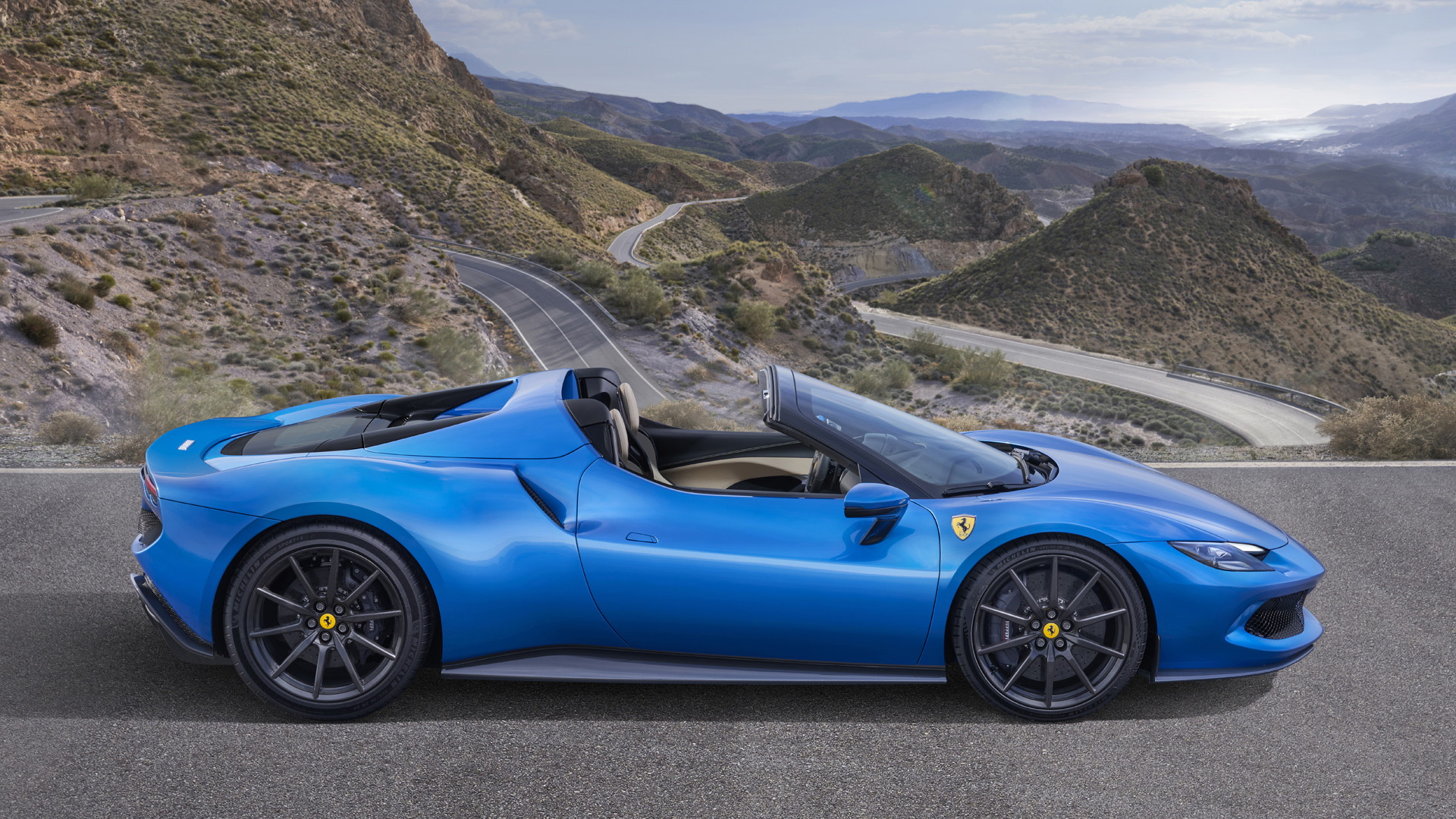 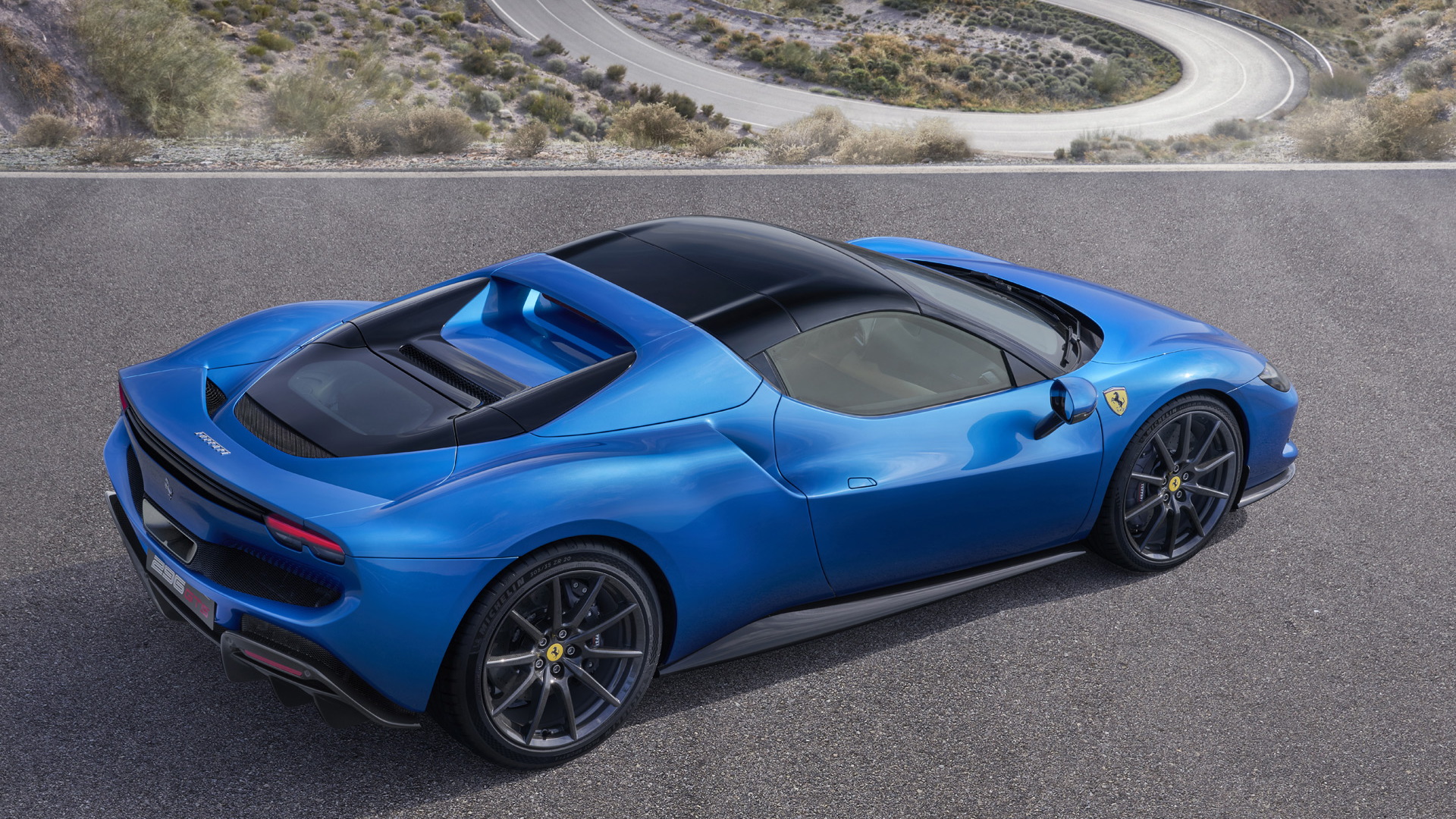 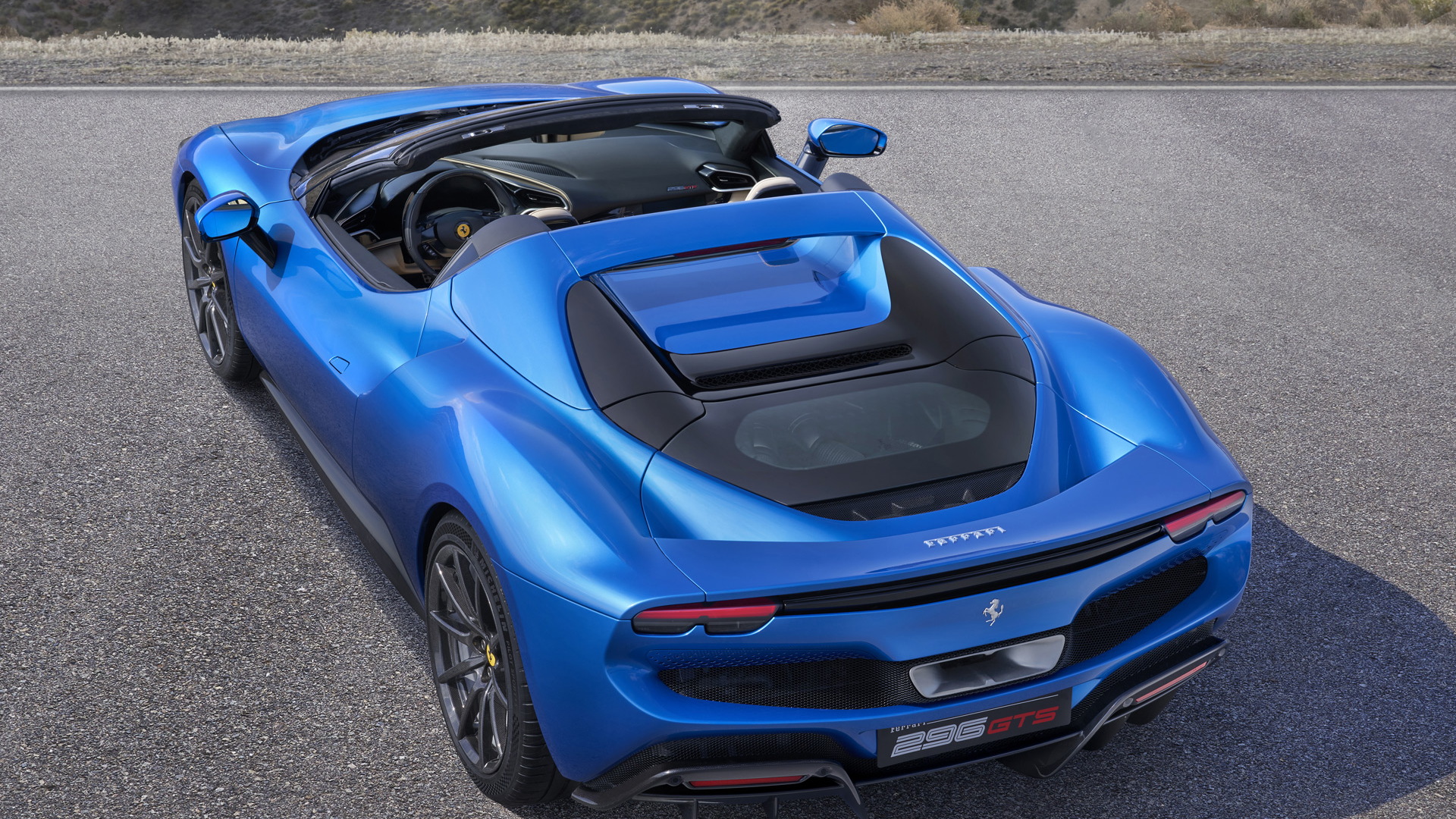 The Ferrari 296 GTB has only just started deliveries but now there's a convertible alternative to choose from in the form of the 296 GTS.

It follows a familiar path to other recent drop-tops from Ferrari, including its F8 Spider predecessor, by adopting a retractable hard-top roof. The lightweight design takes just 14 seconds to go up or down, and can function at speeds of up to 28 mph. When the roof is down, the cabin and rear deck are separated by a height-adjustable glass rear screen which helps to reduce turbulence in the cabin at higher speeds. The design of the headrests was also optimized to help channel air flow toward the rear, instead of it recirculating inside the cabin.

Apart from the new roof, the 296 GTS is much the same as its fixed-roof counterpart, helped in part by reinforcements already present in the A-pillar, B-pillar and sills of the 296 GTB's internal structure in preparation for the convertible option. The result is that torsional rigidity and bending stiffness are up 50% and 8%, respectively, compared to the F8 Spider.

Both the 296 GTS and 296 GTB are plug-in hybrids powered by a 3.0-liter twin-turbocharged V-6 and an electric motor sandwiched between the engine and an 8-speed dual-clutch automatic transmission, with drive going to the rear wheels only. The peak output is 818 hp and 545 lb-ft of torque, or enough for 0-62 mph acceleration in 2.9 seconds and a top speed of over 205 mph. A 7.45-kilowatt-hour battery makes a small electric range possible.

For buyers looking for a little extra performance, Ferrari also offers the 296 GTS with an Assetto Fiorano track package. The package brings some weight-saving mods, Multimatic adjustable dampers, and new aerodynamics designed to increase downforce. The package is also offered with a special livery inspired by the 250 Le Mans. With this package, the 296 GTS will lap Ferrari's Fiorano test track in a time of 1:21.80, which is only slightly off the pace of the 296 GTB's 1:21 lap time.