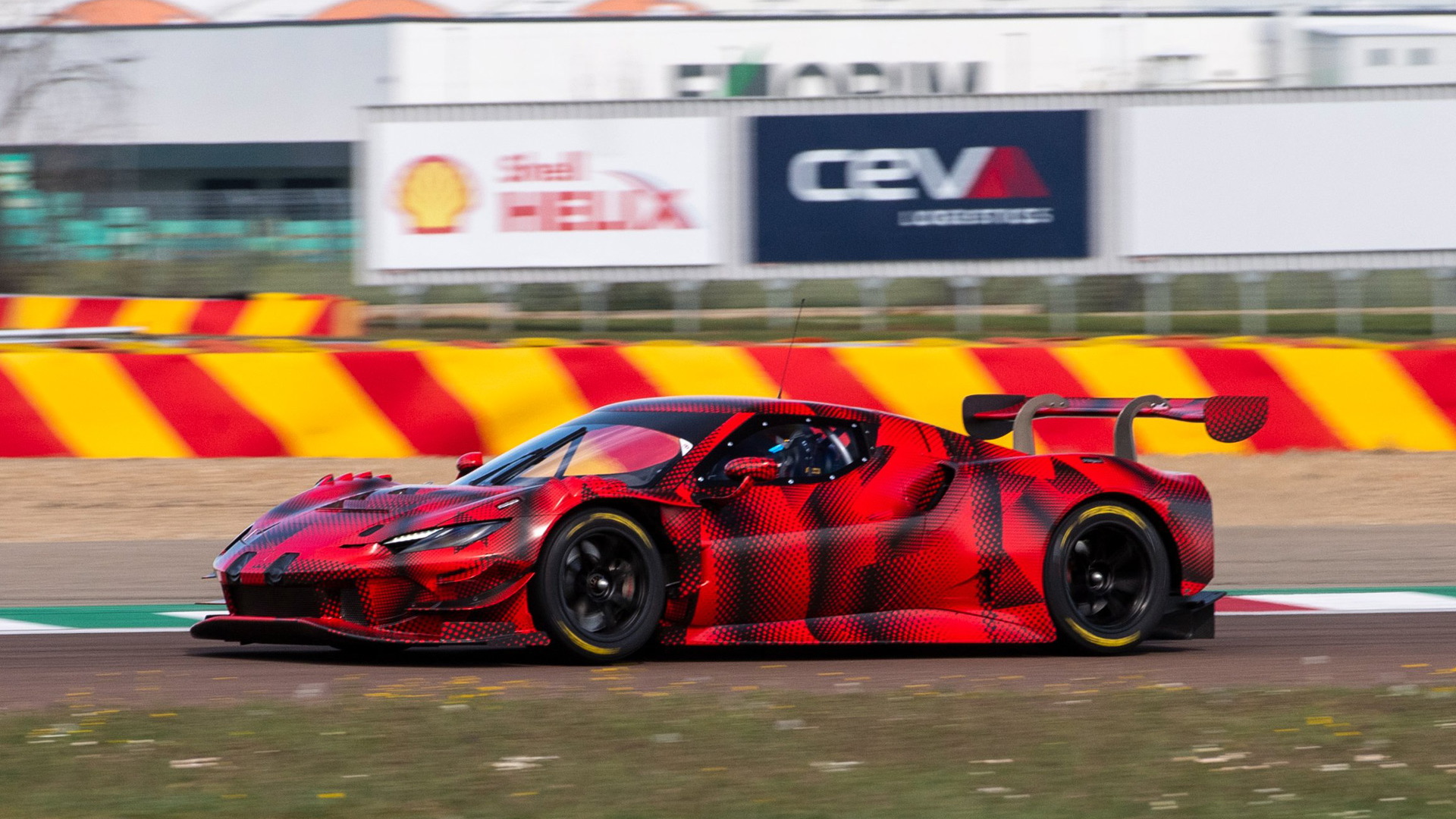 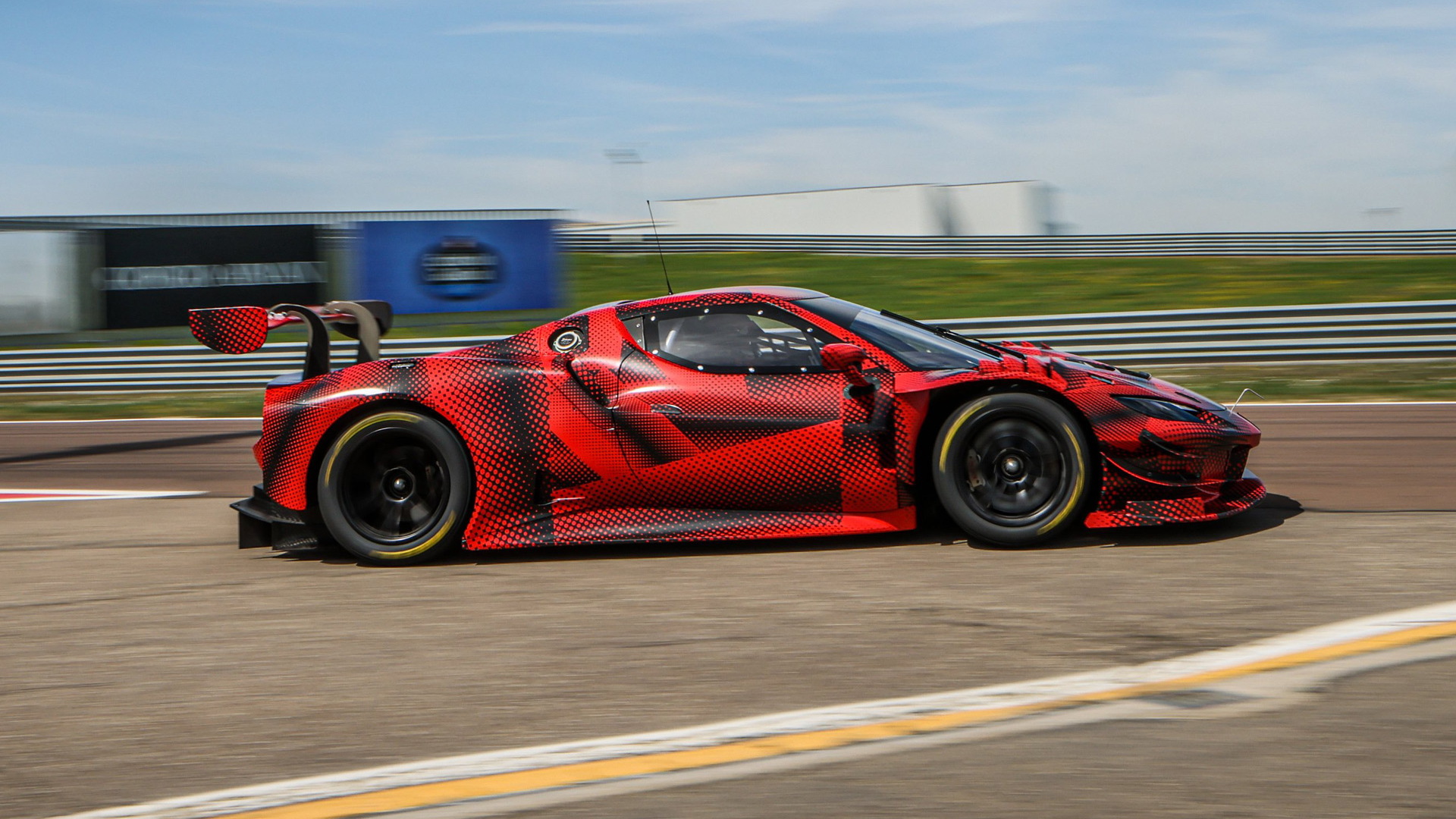 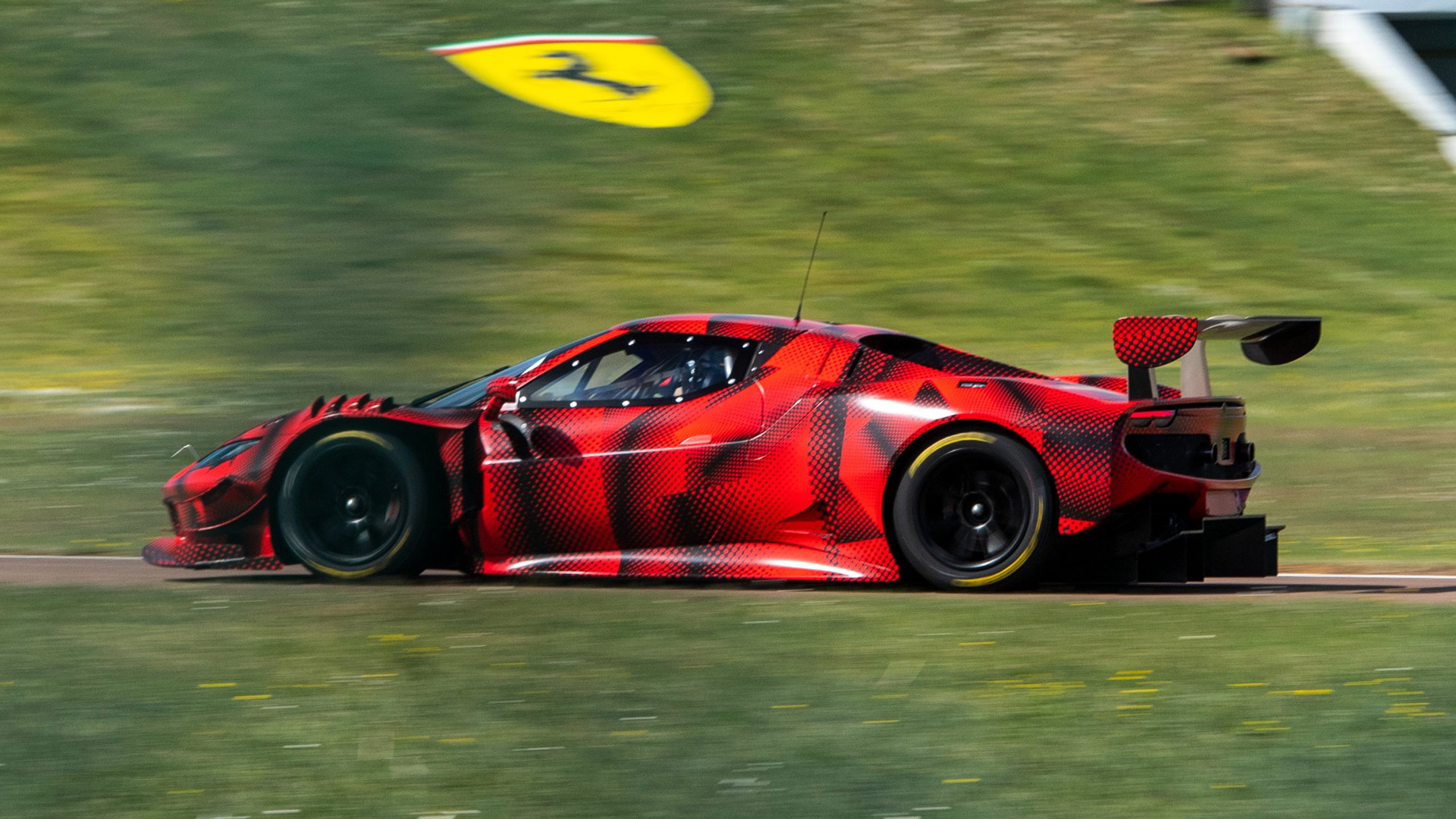 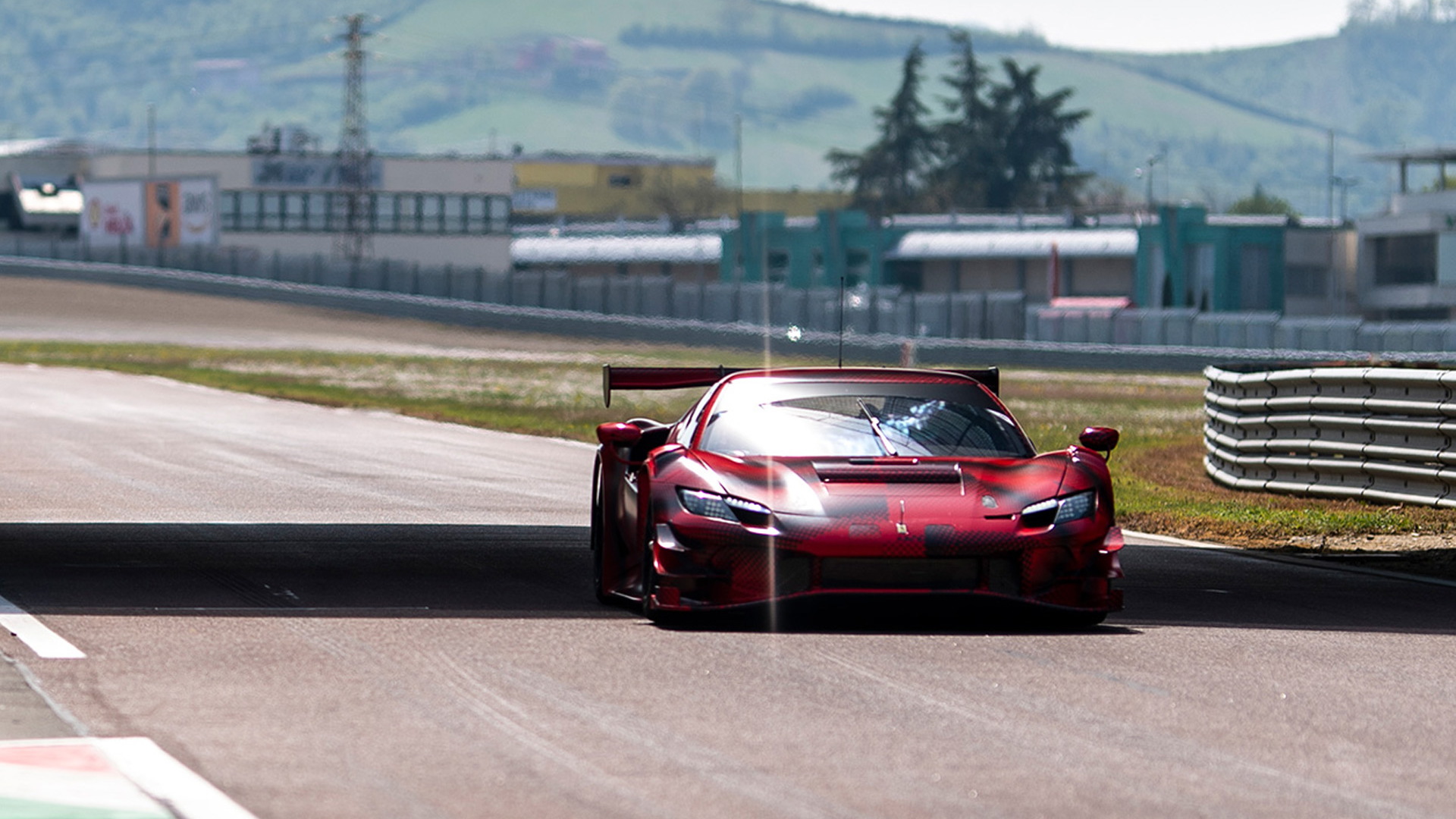 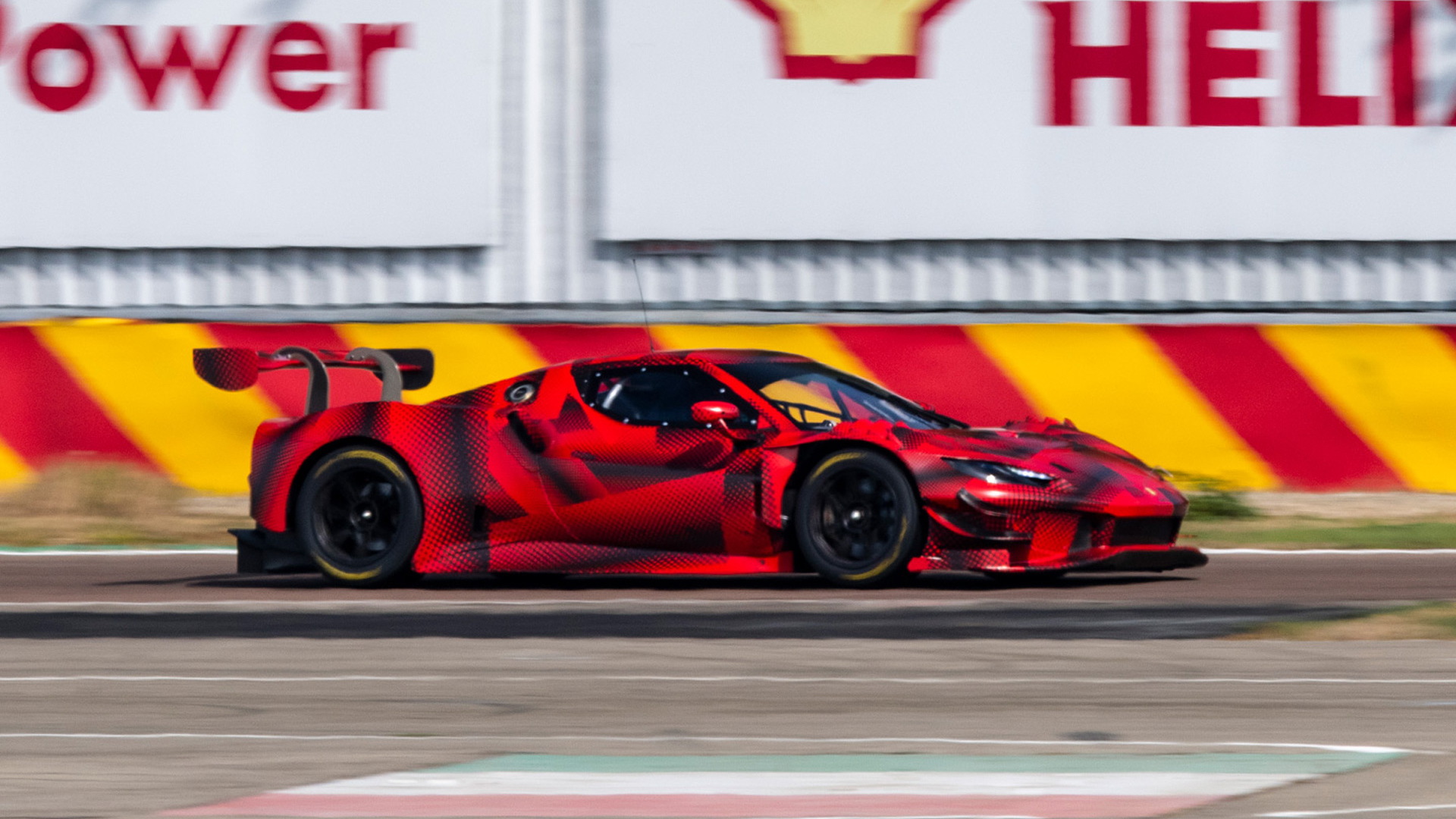 Ferrari has given us an early look at a race car based on the 296 GTB, which is currently in the works and shaping up to be a stunner.

The race car is being developed in time for the 2023 motorsport season and will initially arrive in GT3 guise. It will serve as a direct replacement of the 488 GT3, which was last updated for the 2020 season, meaning we most likely won't see a race car based on the F8 Tributo.

A 296 GTB-based race car for Ferrari's Challenge one-make series should also be in the pipeline, though timing is uncertain.

New teaser photos for the 296 GT3 released on Thursday hint at a sharp design with plenty of aerodynamic elements. Inspiration for the design came from the 250 LM, the car that earned Ferrari its final overall victory at the 24 Hours of Le Mans back in 1965.

Due to technical regulations, the 296 GT3 will skip the electrified elements of the 296 GTB. We'll remind you that the road car is powered by a 3.0-liter twin-turbocharged V-6 and an electric motor that is sandwiched between the engine and an 8-speed dual-clutch automatic transmission. The race car is also likely to skip the DCT in favor of a sequential transmission.

The 296 GT3 is currently testing at racetracks in Europe. Development is being handled in partnership with French race team and constructor Oreca.

It has some big shoes to fill. The 488 GT3 managed to score 107 titles from its debut race to date, with 429 wins from 770 starts. Those figures make it Ferrari's most successful race car to date. But as good as the 296 GT3 might be, it will likely be overshadowed by Ferrari's Le Mans Hypercar race car also set to starting competing in 2023, specifically in the Hypercar class of the FIA World Endurance Championship and possibly also the Grand Touring Prototype class of the IMSA SportsCar Championship.