Aston Martin will use 2022 Monterey Car Week on this month to debut two new vehicles, as well as provide an update on the progress of the Valhalla hypercar.

The second model is described as a performance-focused offering. It's confirmed to debut during a private showing scheduled for August 19 and then go on display during Aston Martin's Club 1913 exhibit at the Pebble Beach Links Golf Course on Aug. 20 and 21. Rumors point to a convertible version of the V12 Vantage coupe unveiled in March. 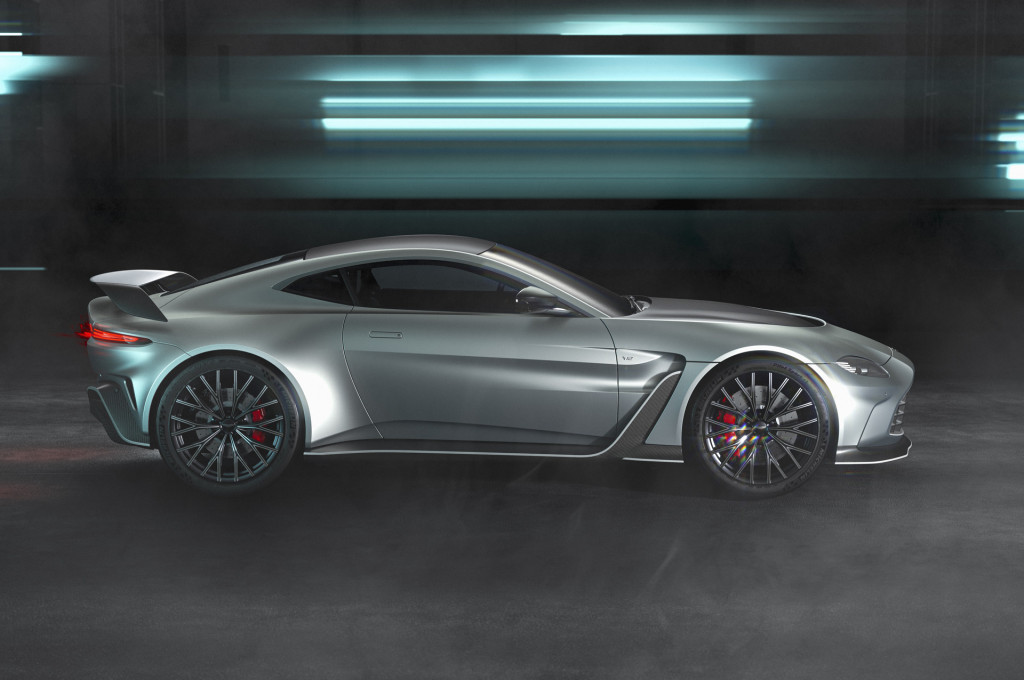 As for the Valhalla, Aston Martin will present an updated version of the plug-in hybrid hypercar with an interior that's likely more representative of the design planned for the production version arriving in 2024. Aston Martin hasn't shown the Valhalla's interior yet, but the automaker has said to expect an F1-style feet-up seating position, similar to the Valkyrie.

The Valhalla will be built in a run totaling 999 units. Each will be powered by a twin-turbocharged 4.0-liter V-8 mounted in the middle driving the rear wheels, plus two electric motor-generators at the front axle for a combined output of 937 hp. The V-8 is an AMG design and features a flat-plane crankshaft, similar to the AMG GT Black Series.