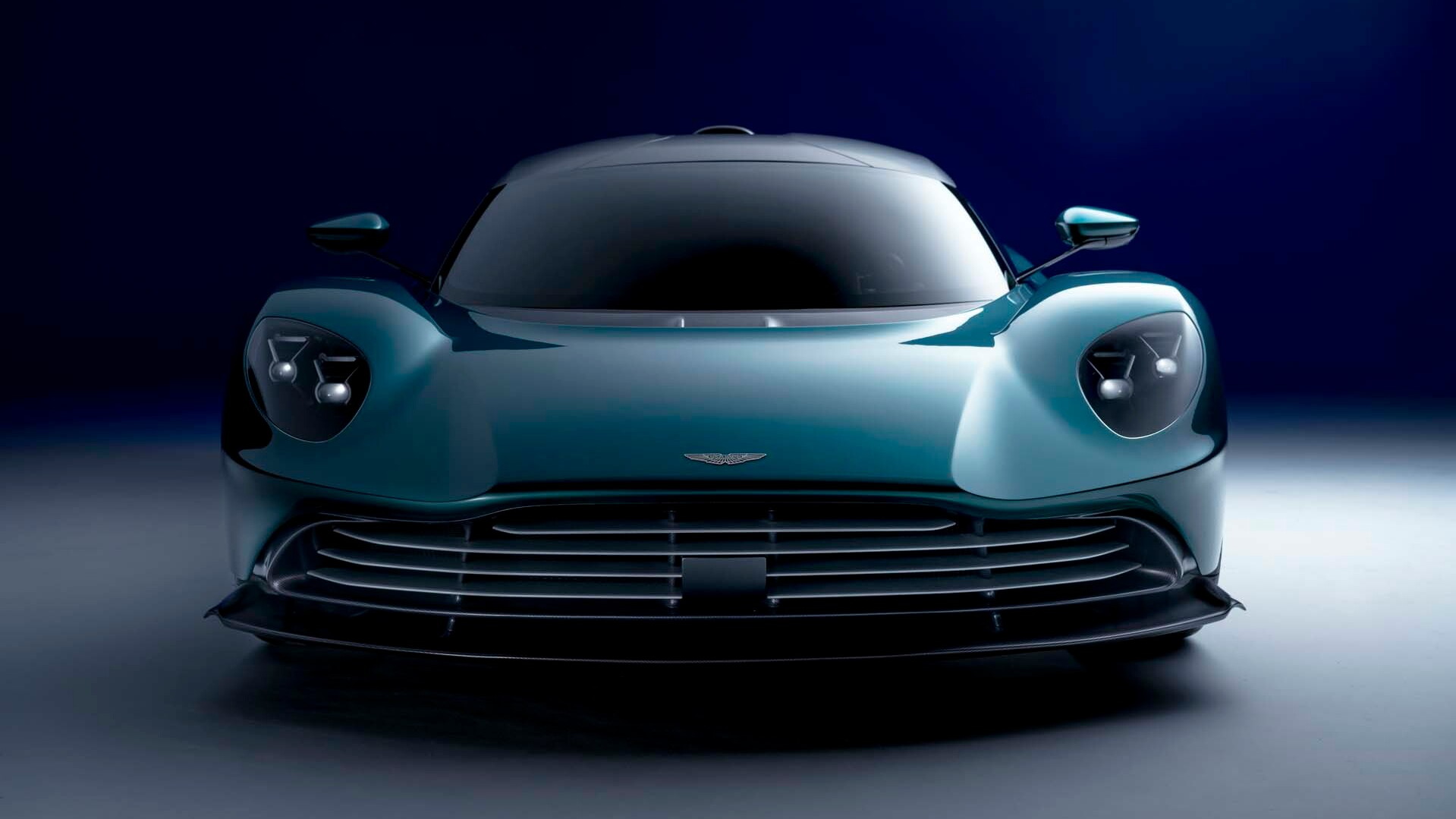 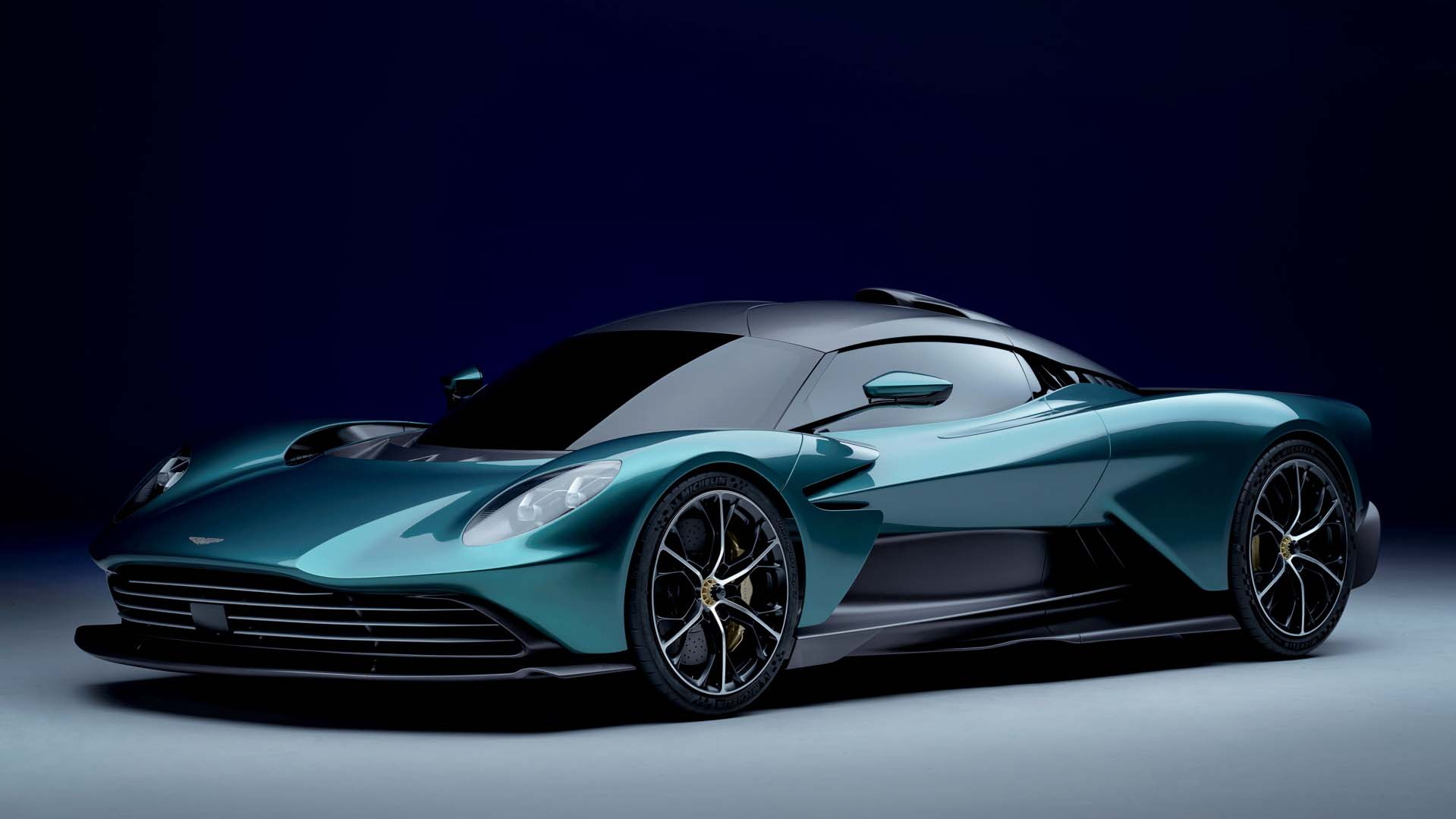 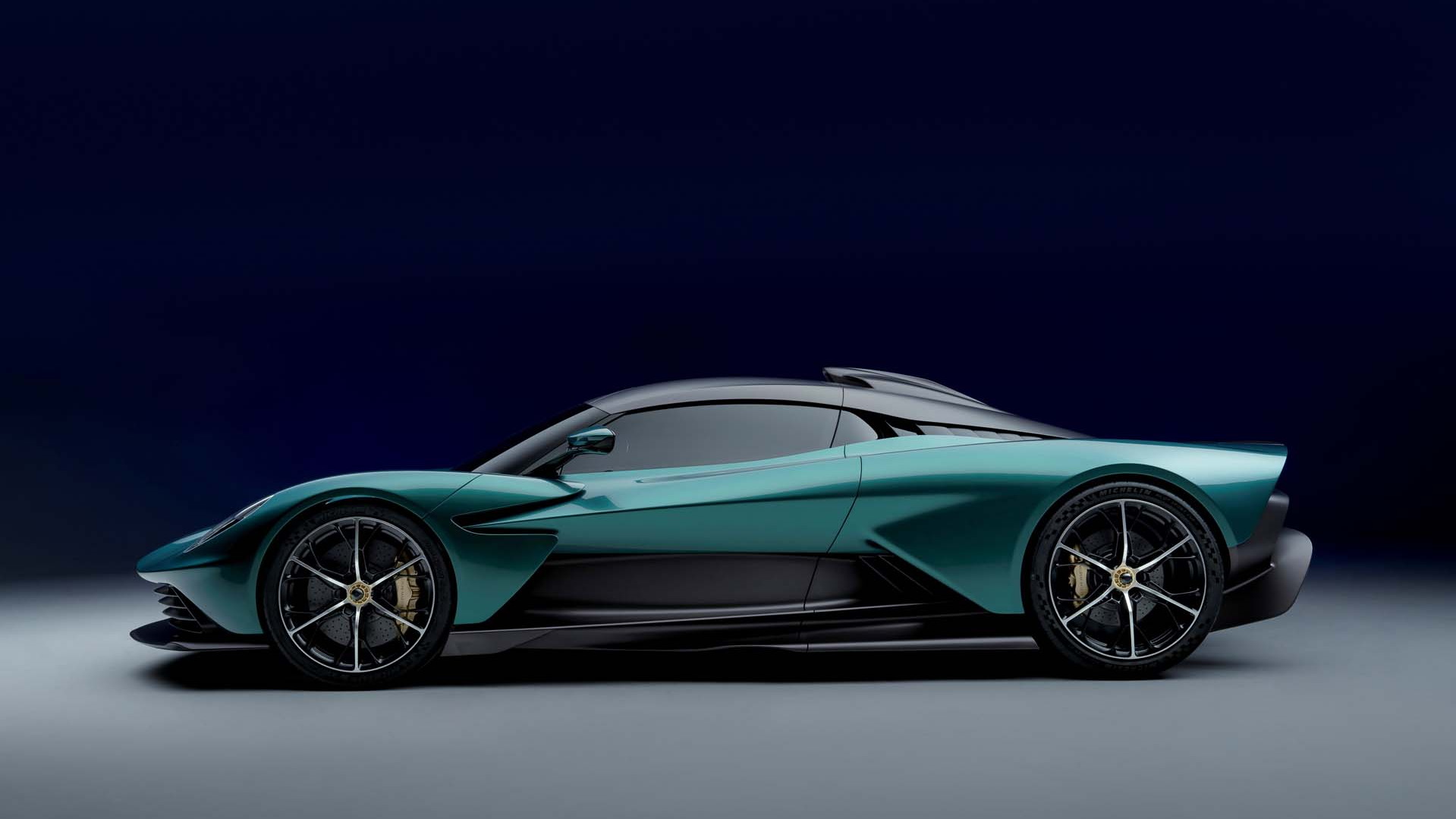 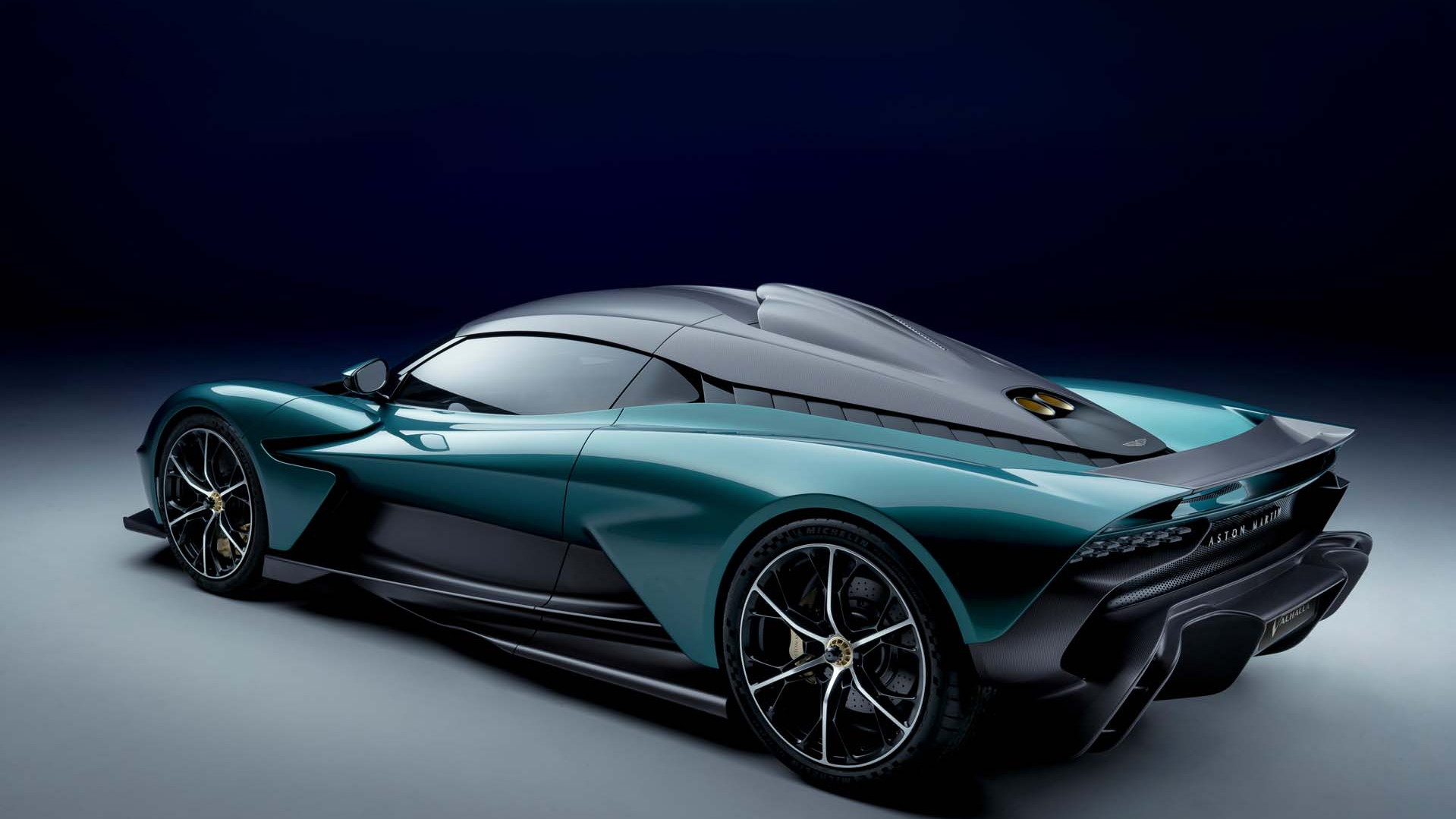 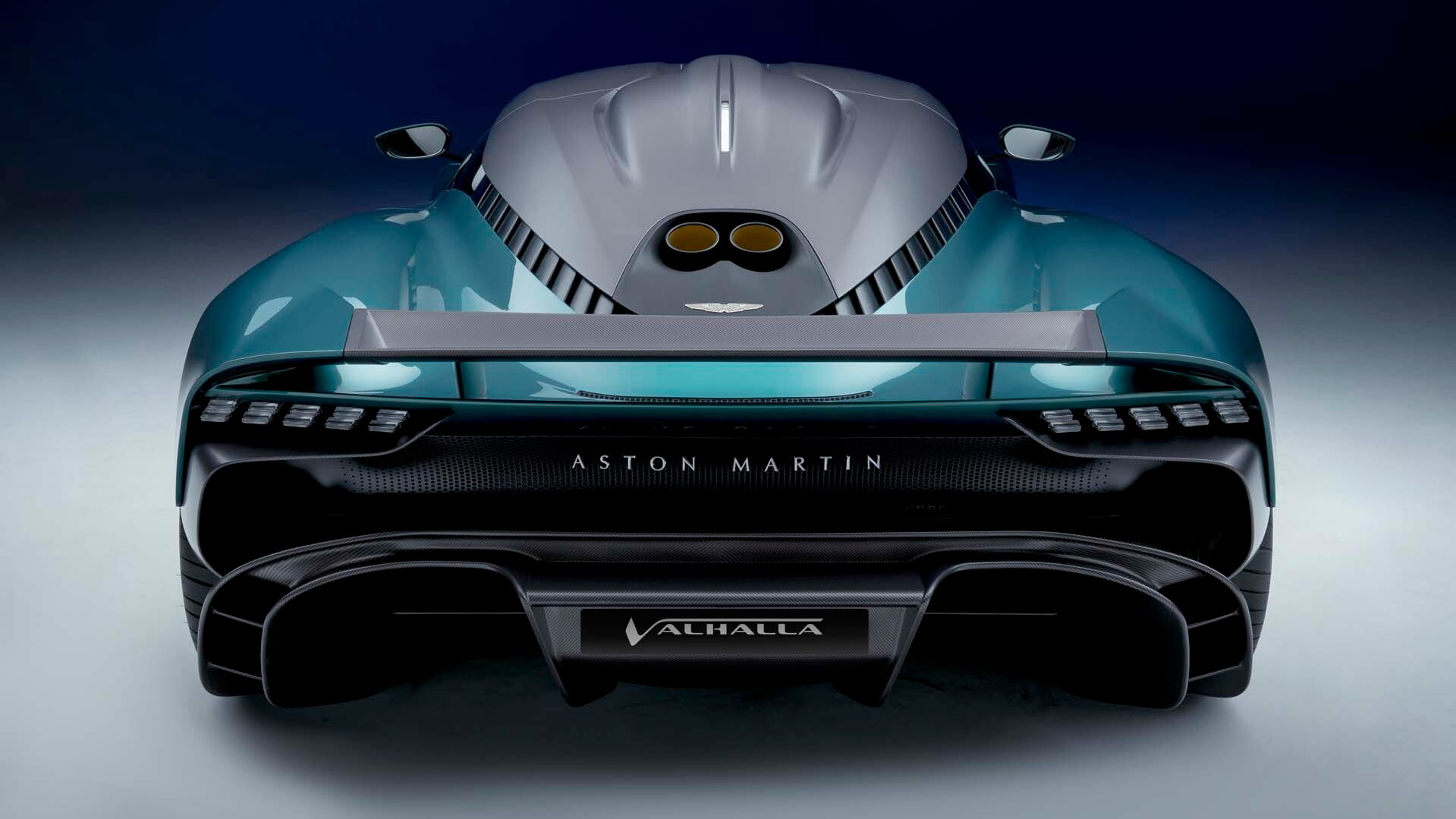 Aston Martin is just weeks away from starting deliveries of its Valkyrie hypercar, but the British automaker known more for its front-engine GT cars has two more mid-engine models in the works: the Valhalla and reborn Vanquish.

The Valhalla is next in the pipeline, and Aston Martin on Thursday revealed a revised version sporting a new look and powertrain.

We first saw the Valhalla at the 2019 Geneva International Motor Show, when it was still going by its AM-RB 003 code name and officially a concept (shown below). It was originally due in 2022 with a hybrid powertrain utilizing a new V-6 developed in-house at Aston Martin, but a year after the reveal the company ran into financial trouble.

Investors piled more money into the company, including Mercedes-Benz which increased its stake to 20%. Former Mercedes-Benz AMG chief Tobias Moers was also brought in to run the company, replacing Andy Palmer. He decided to scrap the V-6 in favor of a V-8, the same Mercedes 4.0-liter twin-turbocharged V-8 that Aston Martin already uses in all of its models bar the DBS Superleggera.

In the revised Valhalla, the V-8 features a flat-plane crankshaft and drives the rear wheels via an 8-speed dual-clutch transmission, though it doesn't work alone in moving the car. An electric motor is present at each axle, a configuration that enables all-wheel drive. An electric-only mode is also possible, with Aston Martin estimating the range in this mode to be about nine miles.

The Valhalla's combined output is 937 hp, which is close to the 986 hp that the rival Ferrari SF90 Stradale generates. The Valhalla has the advantage of full carbon-fiber construction (tub and body), though. It also has aerodynamics derived from the more extreme Valkyrie. According to Aston Martin, the 3,417-pound (dry) Valhalla will generate as much as 1,322 pounds of downforce at 150 mph.

Other performance estimates include a sprint to 62 mph from rest in 2.5 seconds and a top speed of 217 mph. The company also predicts a Nürburgring lap time of about 6:30, which is well below the current production car record of 6:43.61, set in 2020 by AMG's GT Black Series.

The suspension can be fully lowered for track driving and a front lift system will help protect the car from scrapes. Other features include an electronic limited-slip differential at the rear axle, carbon-ceramic brake rotors, and bespoke Michelin tires wrapped around 20-inch wheels at the front and 21-inch wheels at the rear.

Aston Martin hasn't shown the interior, but the company said to expect an F1-style feet-up seating position though it likely won't be as extreme as in the Valkyrie. There will also be more space in the Valhalla compared to the Valkyrie, together with more luxurious materials and convenience features such as Apple CarPlay and Android Auto. There will also be modern safety features including matrix LED headlights, an available surround-view camera, adaptive cruise control, automatic emergency braking, and forward collision and blind spot warning systems.

The Valhalla is now due in the second half of 2023, and both left- and right-hand-drive versions are planned. Aston Martin was previously going to limit production to 500 units but instead the car will now become a regular model in the lineup. As a result, pricing will also come down from the previous 1 million British pounds (approximately $1.38 million), though Aston Martin has given a final figure. Aston Martin also hasn't said if there will be an open-top version of the car.

After the Valhalla will come the Vanquish, though Aston Martin is quiet on timing for this model. What we know is that it will be a hybrid supercar to compete at the same level as new entries like the Ferrari 296 GTB and McLaren Artura.