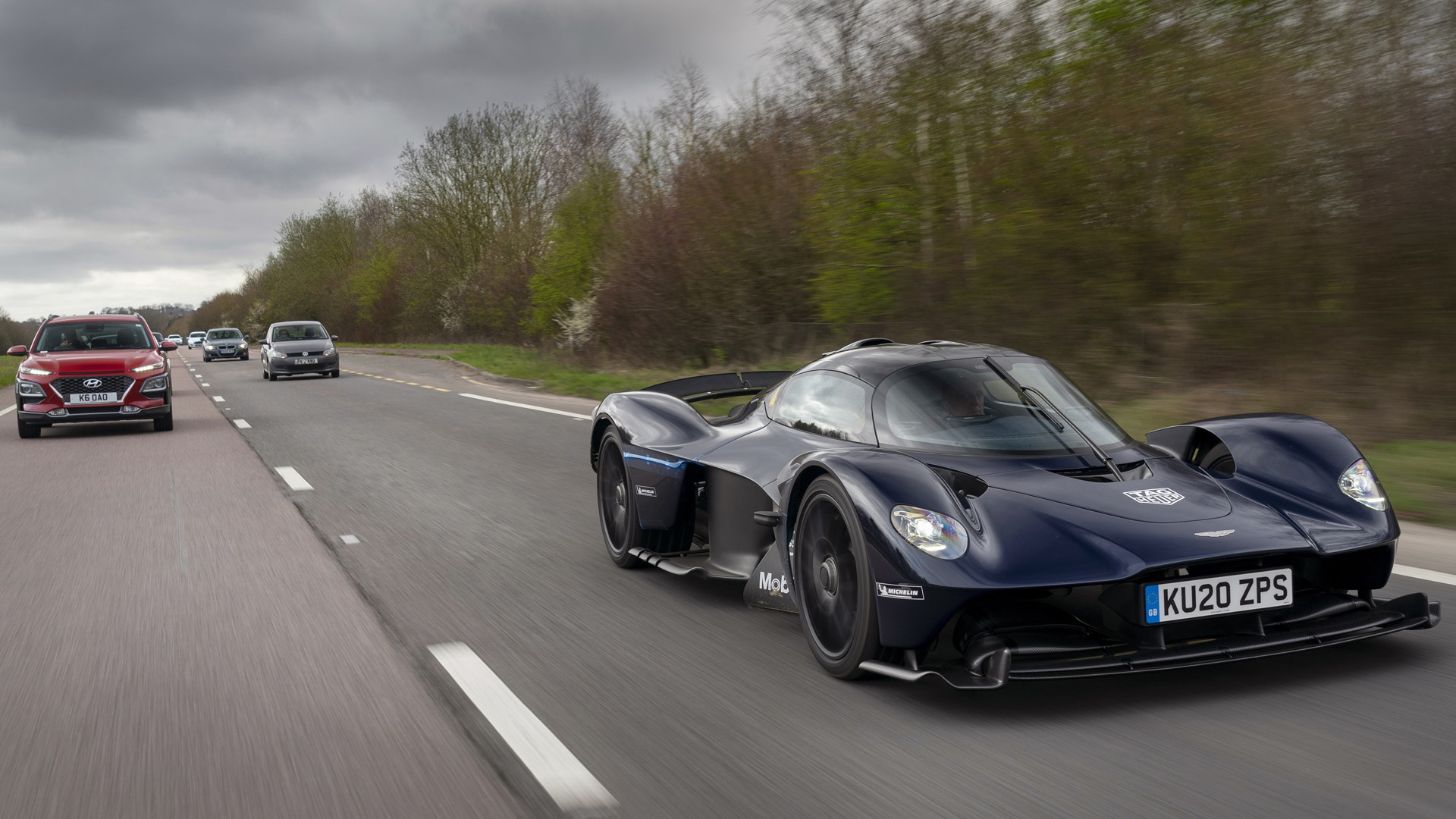 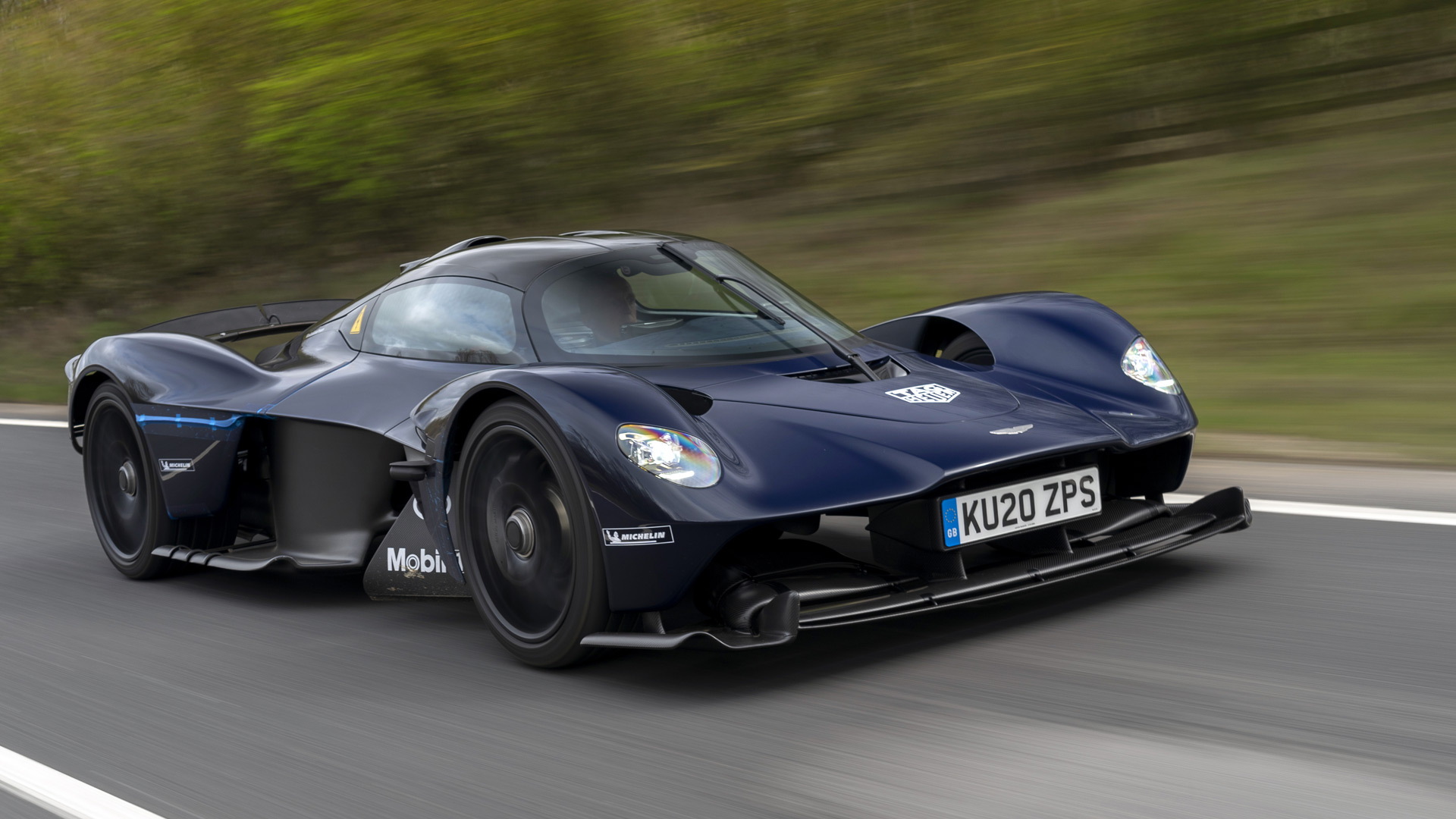 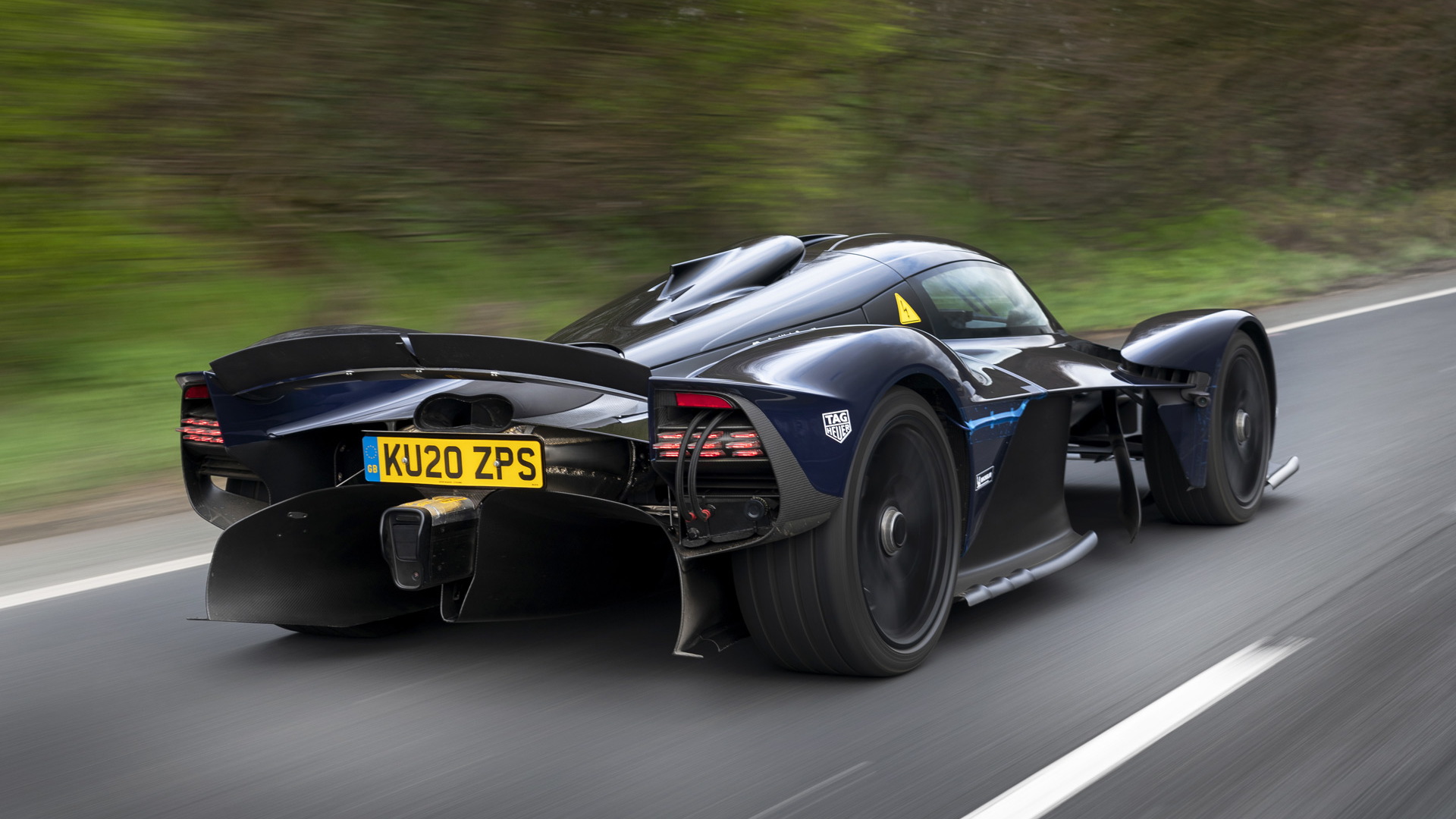 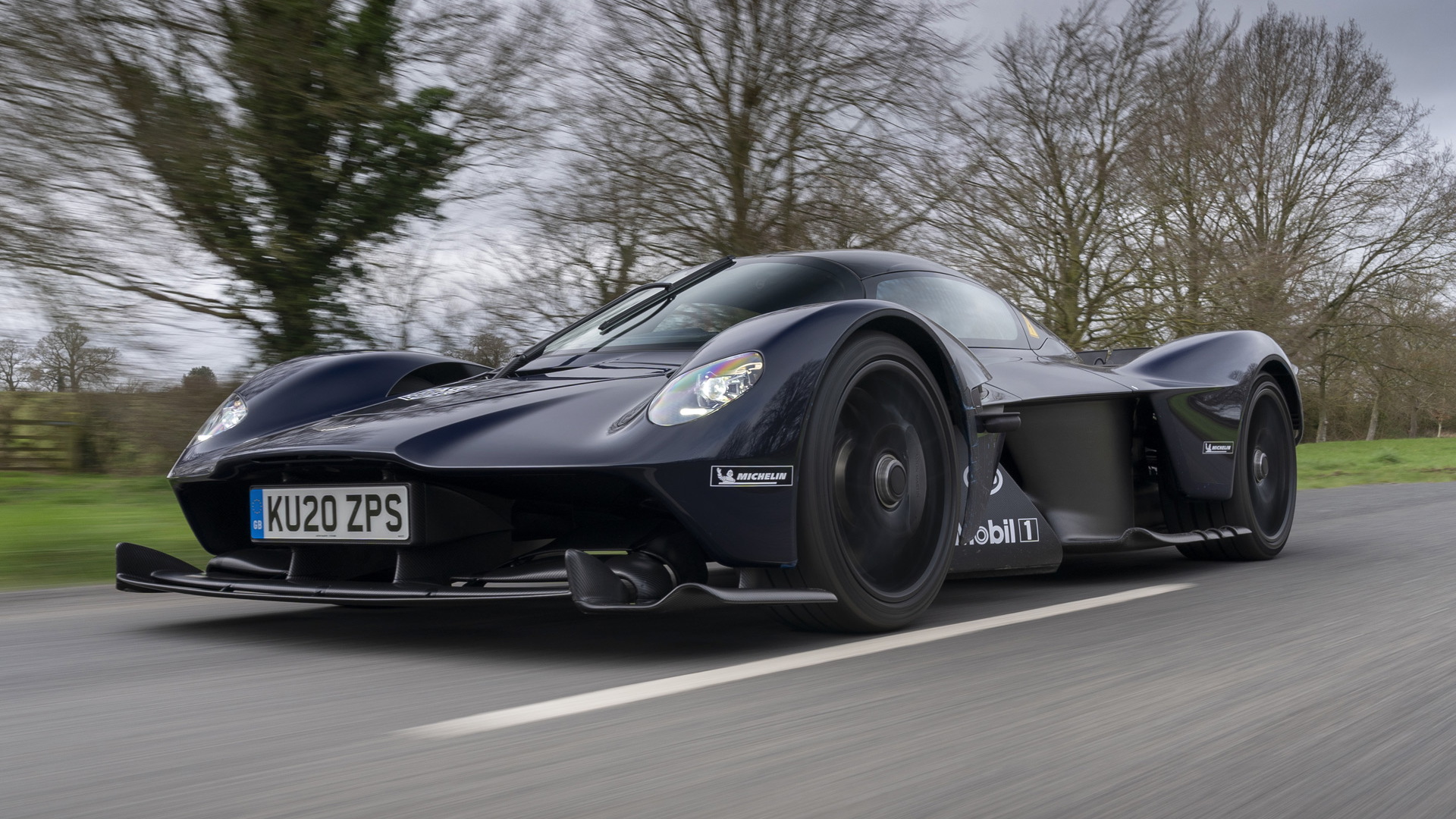 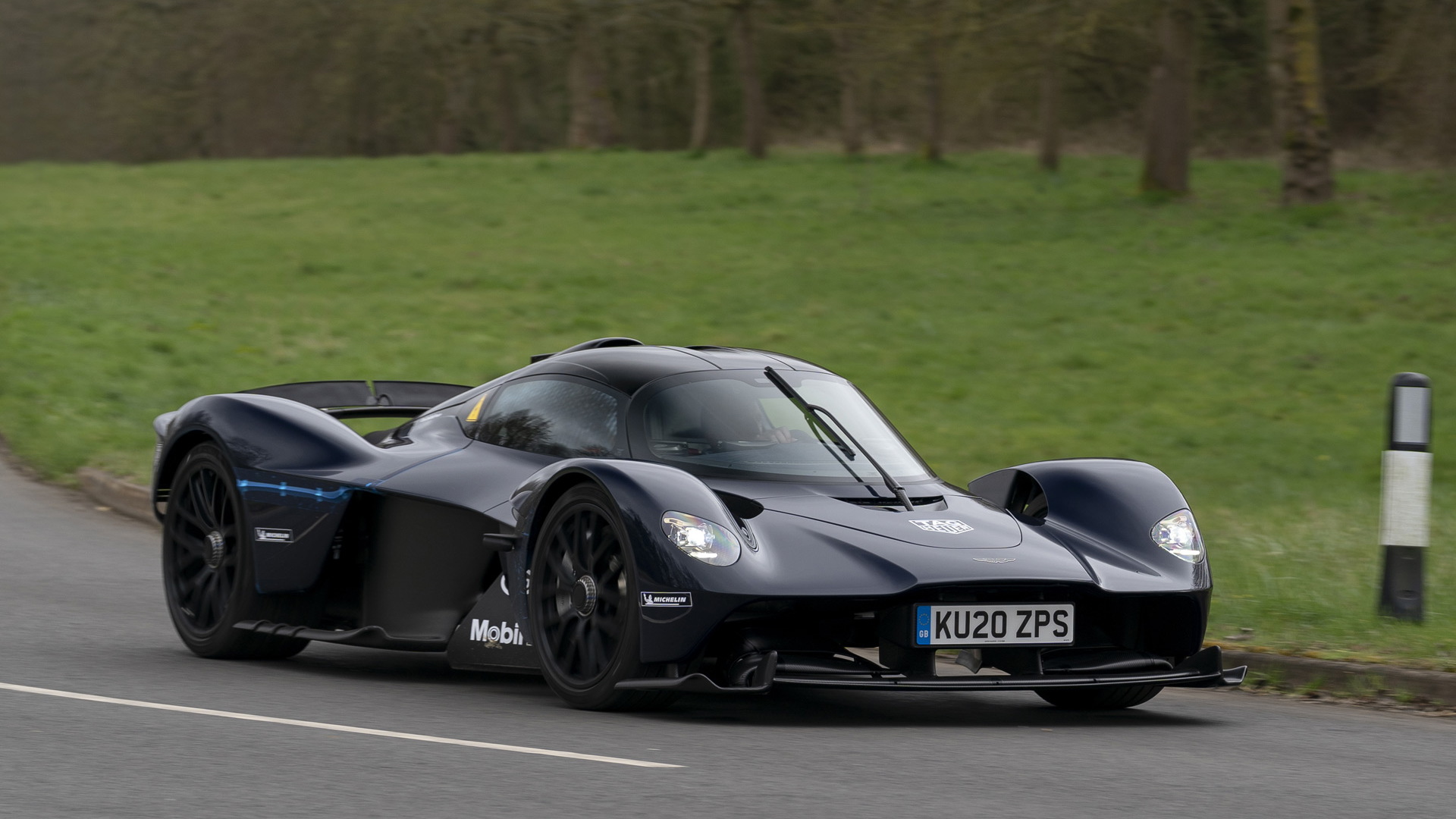 It's hard to believe it's been five years since the Aston Martin Valkyrie was first previewed as a concept.

We'll remind you that the Valkyrie was presented with help from Formula One star Daniel Ricciardo, who at the time was driving for Red Bull Racing, a technical partner of the hypercar project. Since the reveal Ricciardo has gone on to drive for Renault and has now switched again to McLaren. Yes, it's been a long time.

Well, the wait for the car is almost over as Aston Martin is now conducting some of the final testing. Video from YouTube channel Supercars All Day shows a prototype undergoing hot weather tests in southern Spain.

The car sounds incredible, even at the relatively low speeds the test driver hits on public roads. And seeing it cruise along the highway really gives the impression that you're looking at an open-wheel racer with the bare minimum of body panels to somewhat resemble a road car.

The long wait for owners is almost over. Aston Martin CEO Tobias Moers in February featured in a video sent out to reservation holders confirming a mid-2021 start date for deliveries. That's two years later than the planned 2019 date.

Developing a hypercar is no easy task, as Moers is well aware of being the former head of Mercedes-Benz AMG. The One hypercar being developed by AMG was also originally due in 2019 but, like the Valkyrie, will now start deliveries in 2021. Moers helped unveil the original concept version at the 2017 Frankfurt International Motor Show.

Perhaps coming as no surprise, Moers also said in the video sent to reservation holders that the Valkyrie is “more sophisticated than anything I saw in my past, recently in my career, in my whole life."

While it doesn't have the F1 engine of the One, the Valkyrie still boasts a combination of lightweight carbon-fiber construction, trick aerodynamics developed by the Red Bull Racing Chief Technical Officer Adrian Newey, and around 1,160 hp generated by a Cosworth-developed 6.5-liter V-12 paired with a KERS-style hybrid system. And the sound at full tilt? Just like an F1 engine from the 1990s, thanks in part to 12-into-1 exhaust design.

Excluding prototypes, there will be 190 Valkyries built. Of these, 150 will be the road car you see here, and the remaining 40 will be the track-only Valkyrie AMR Pro.

According to Aston Martin, the track car will be quicker around a track than a Le Mans Hypercar racer and almost as quick as an LMP1 or F1 car. This is due in part to it essentially being Aston Martin's stillborn Valkyrie LMH racer but developed without the need to adhere to any racing regulations. Deliveries of the track car will start in late 2021.