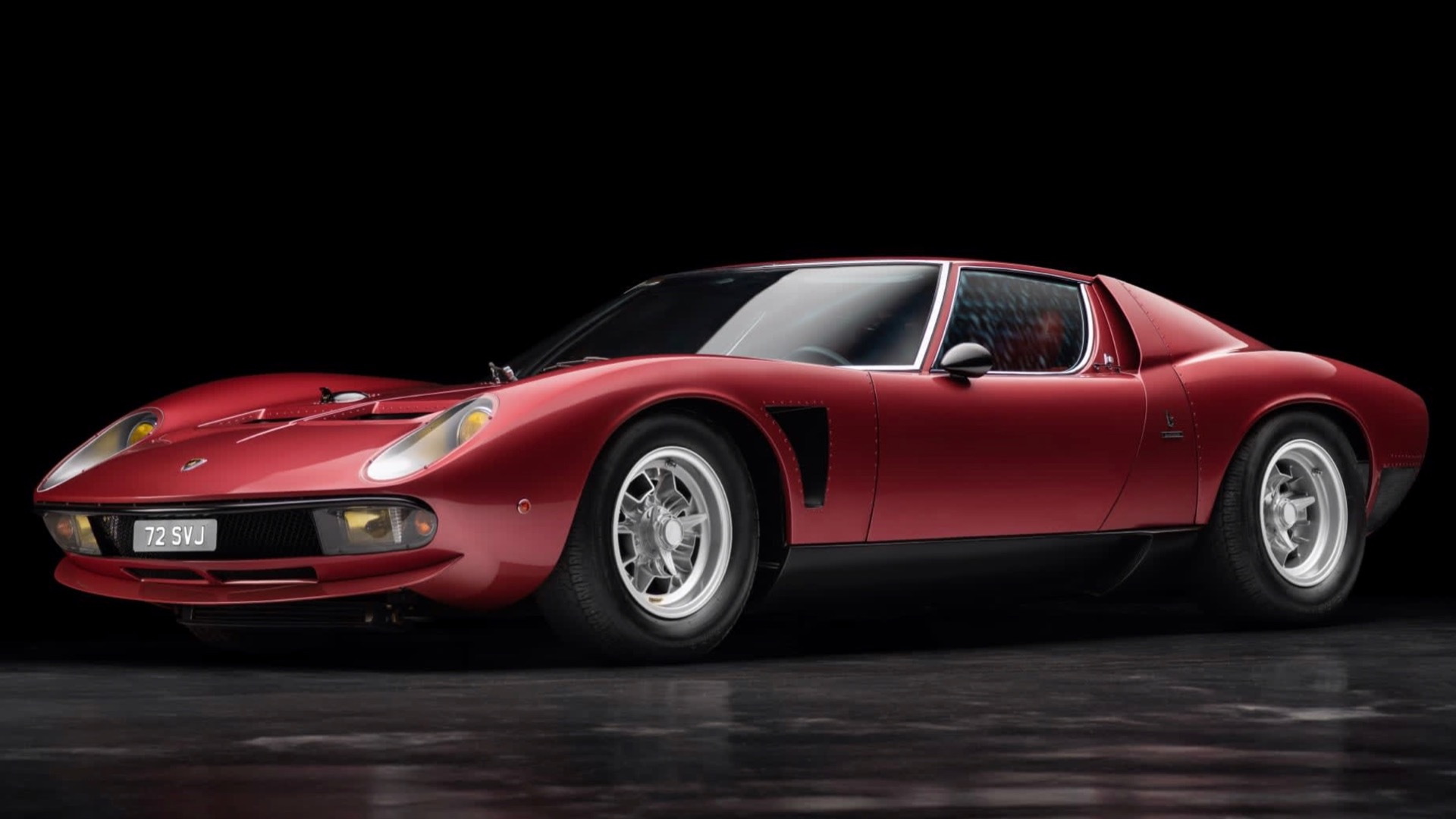 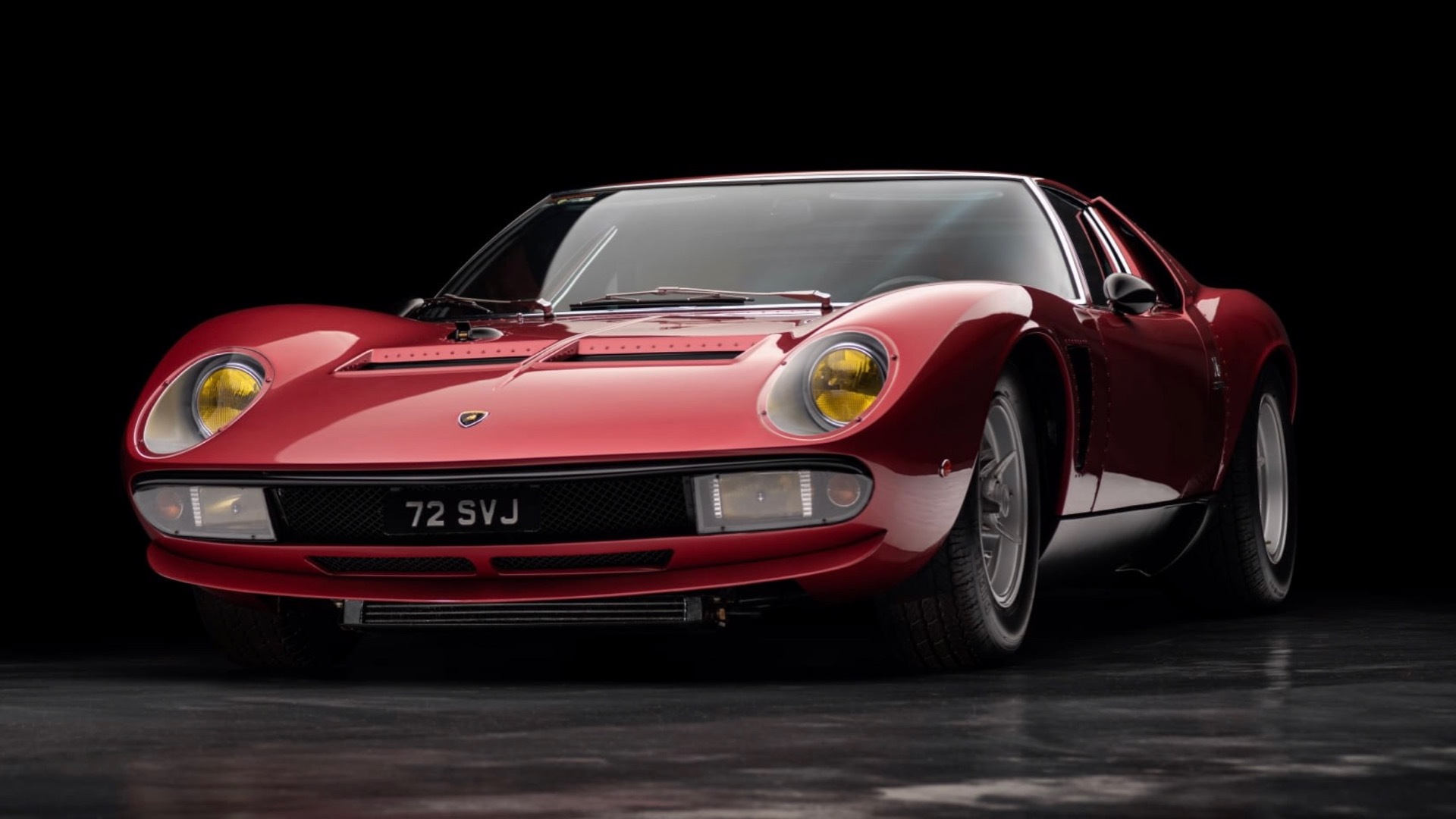 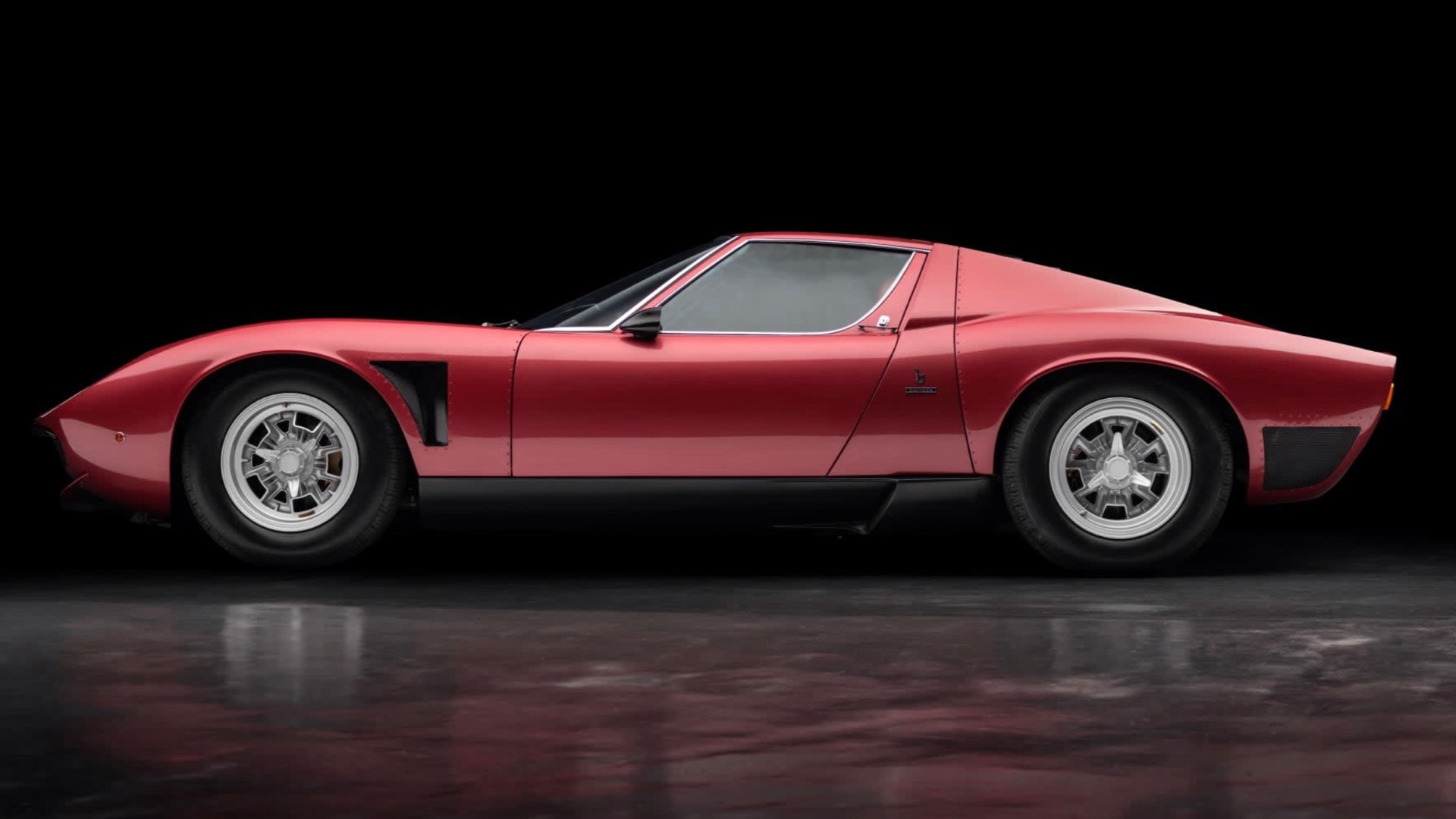 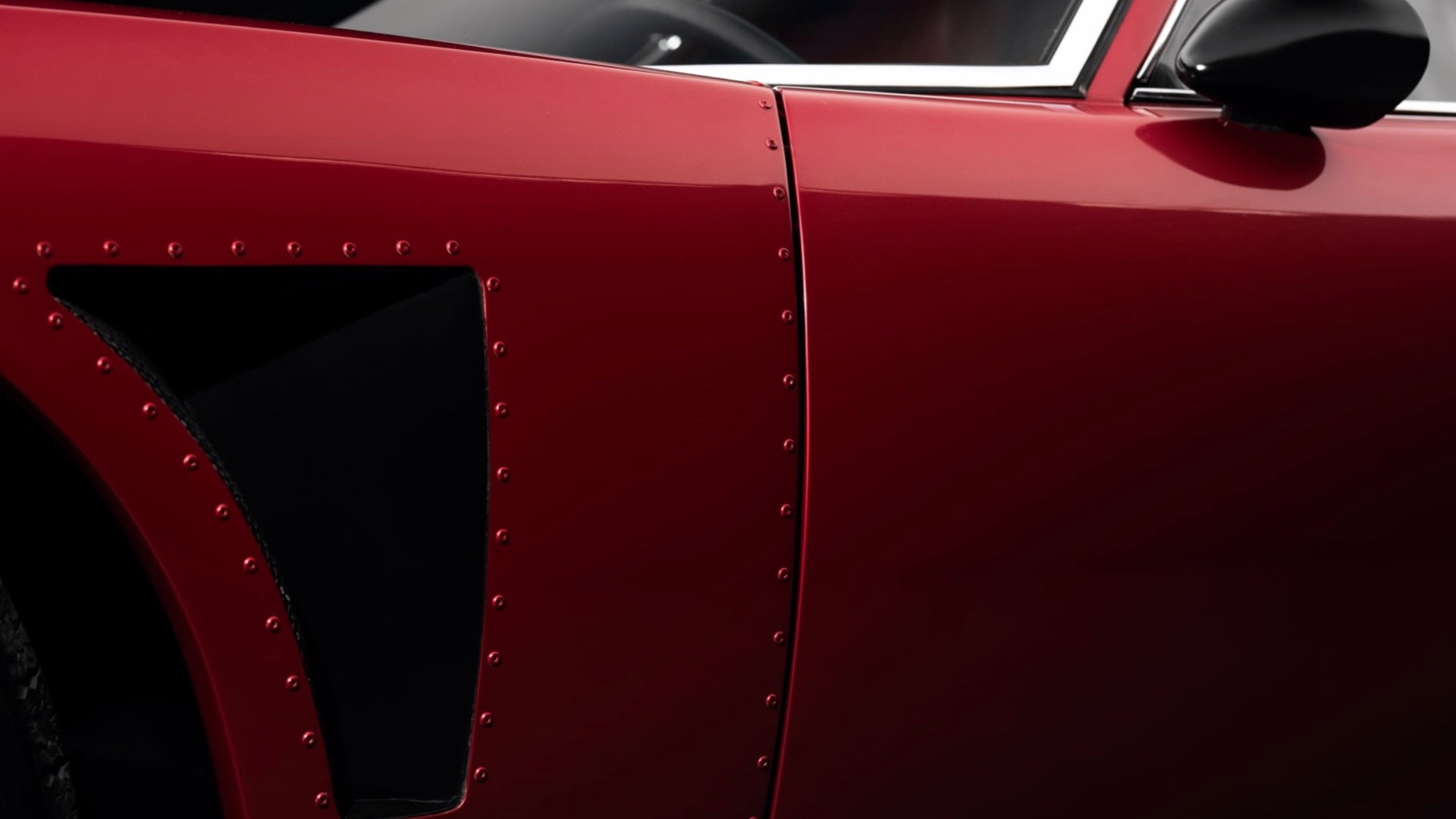 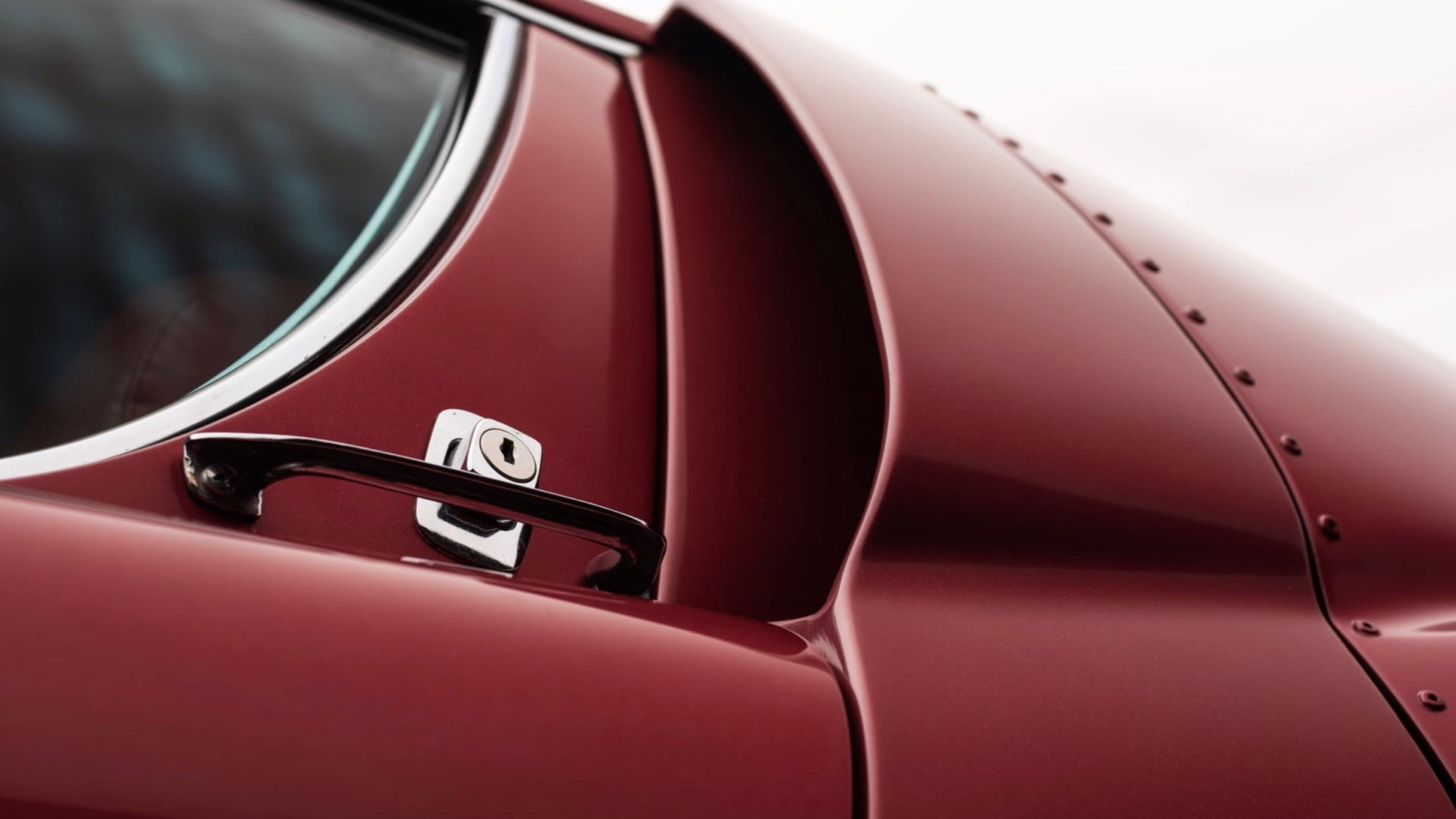 A 1972 Lamborghini Miura SVJ—one of just three built—is up for sale through classic car firm Kidston.

The story of the SVJ started in 1970 with the Jota (Spanish pronunciation for "J") prototype, a more hardcore version of the Miura SV developed by Lamborghini test driver Bob Wallace with an eye toward motorsports, specifically the FIA Appendix J category. That wasn't something Lamborghini was interested in at the time, though. The Jota was sold and ultimately ended up being destroyed in a crash before delivery to the buyer.

However, word of the Jota got out, and Lamborghini customers began pestering the automaker for their own versions, which is how the Miura SVJ came to be. The SVJ got upgraded carburetors, fuel pumps, and exhaust piping, plus a lower ride height, chin spoiler, and driving lights. The SVJ name was revived a few years ago for a limited-edition Aventador, itself succeeded by the Aventador Ultimae, Lambo's last non-electrified V-12 production car.

As for the Miura SVJs, the first of the three cars went to the Shah of Iran, the second went to Haitian hotelier Albert Silvera, and this car, the final SVJ built, went to property developer Paul Ferrandi.

Known as "The Corsican Car," because its owner split his time between Paris and Corsica, this car wears chassis number 5090 and is finished in a deep red paint color called Rosso Granada. The car changed hands several times over the years, at one point getting repainted silver gray. Kidston oversaw the purchase of the Miura SVJ in 2010, as well as a restoration that saw it returned to near-factory condition. The car now has 12,168 miles on the odometer.

Kidston doesn't list a price, but it's very much in the "if you have to ask, you can't afford it" category. A low-mileage 1972 Miura SV was listed for sale last year with a $3.2 million asking price, but Lamborghini built 150 of those, making the SV positively common compared to the SVJ.