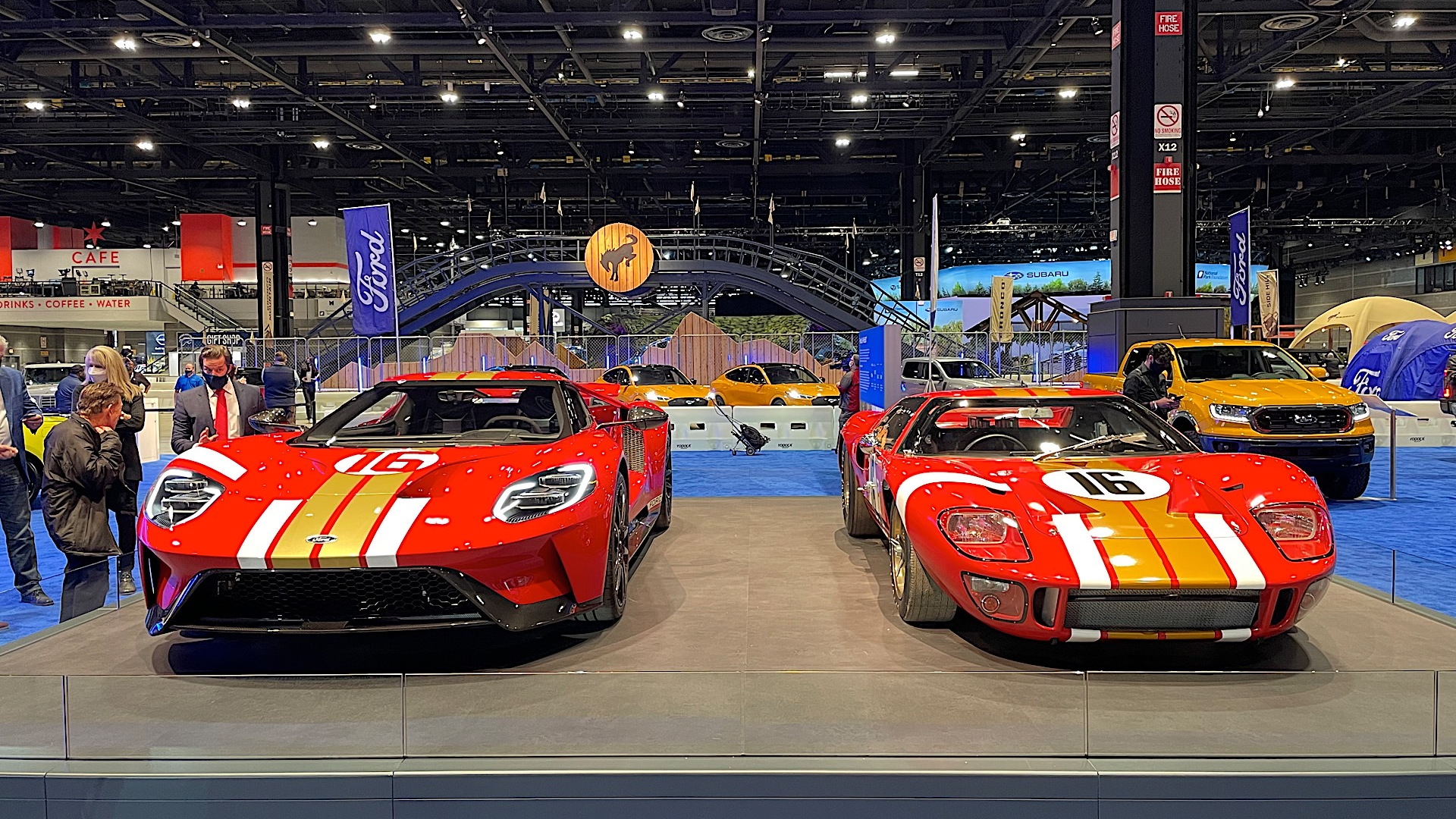 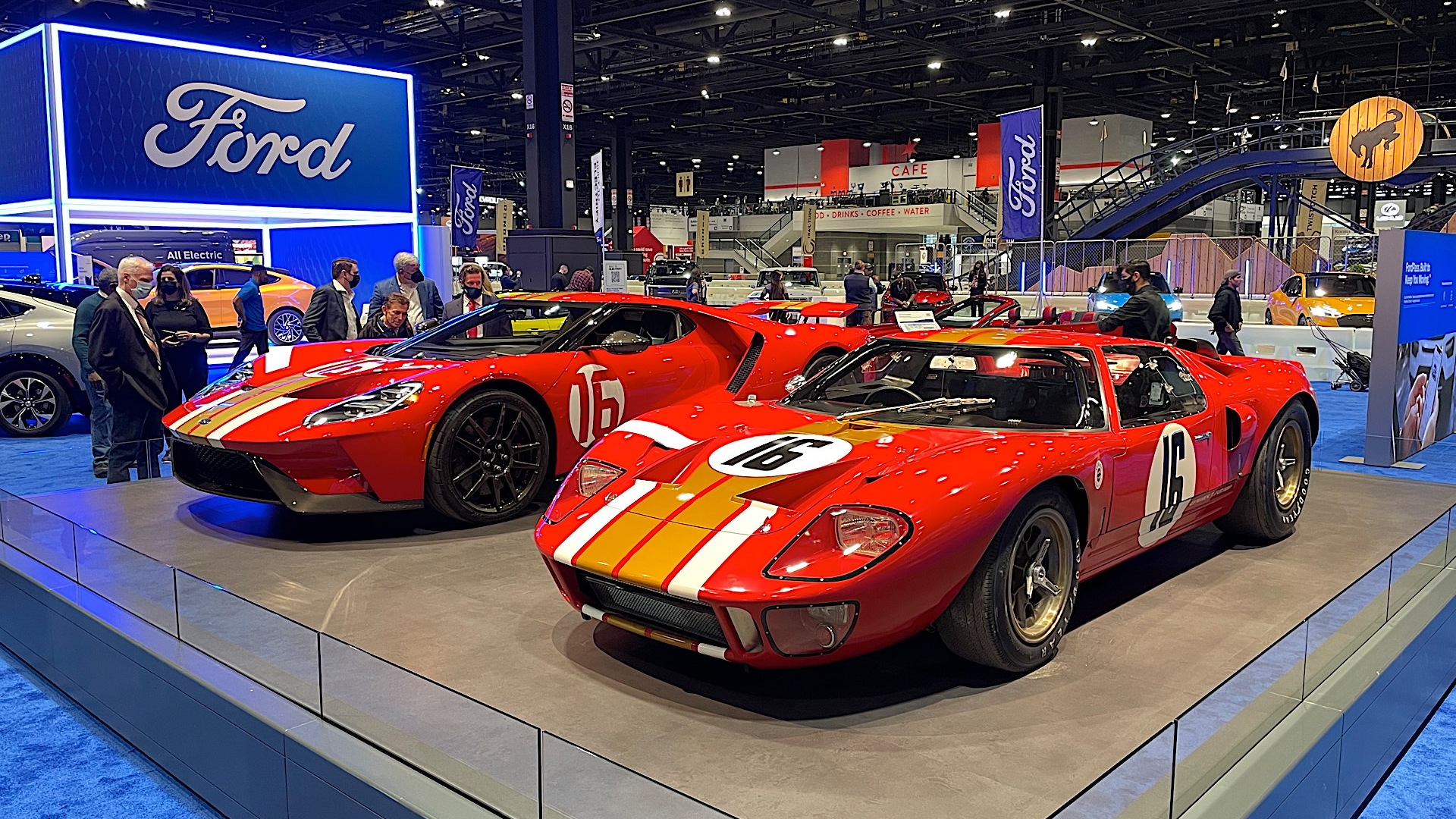 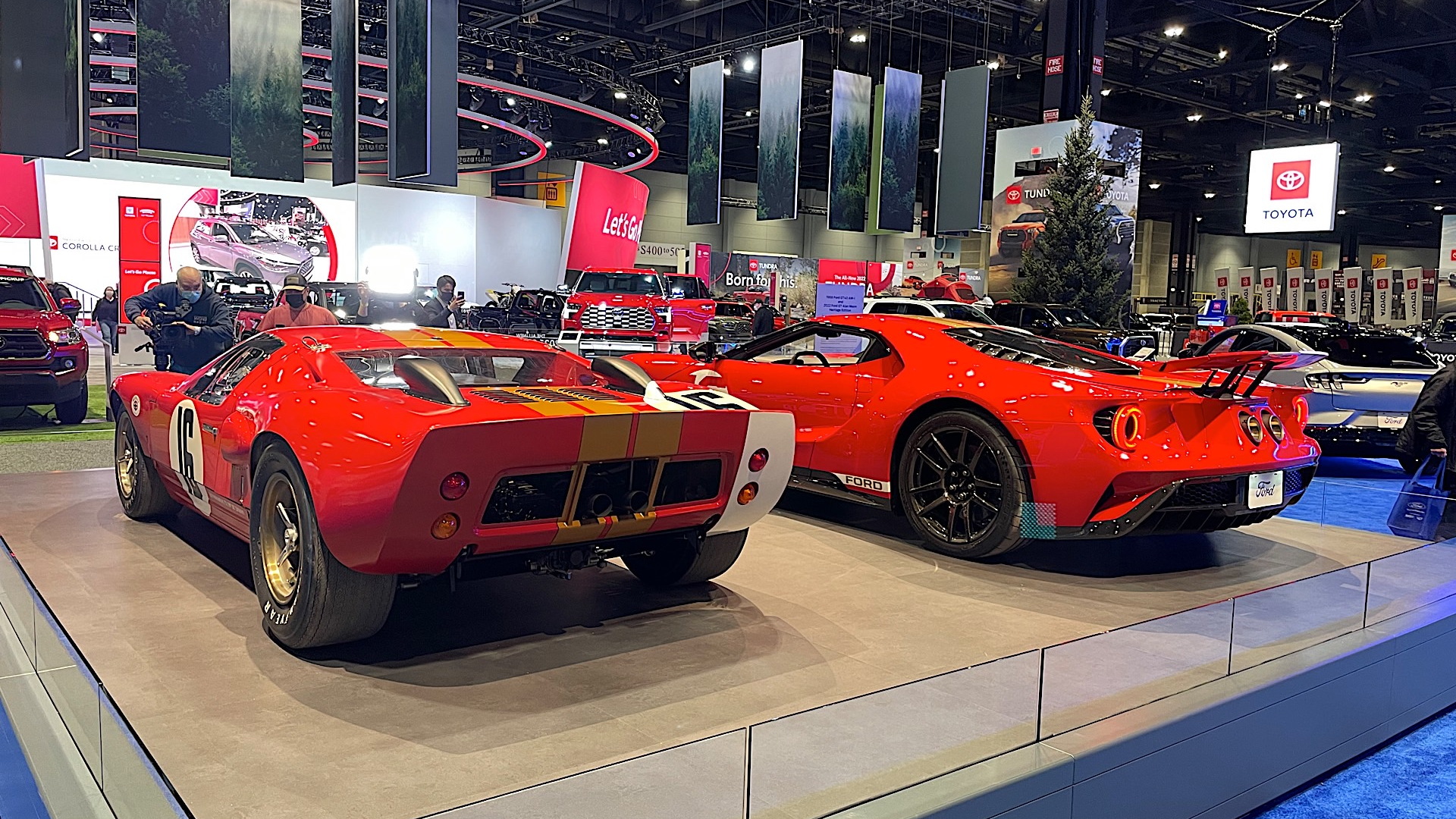 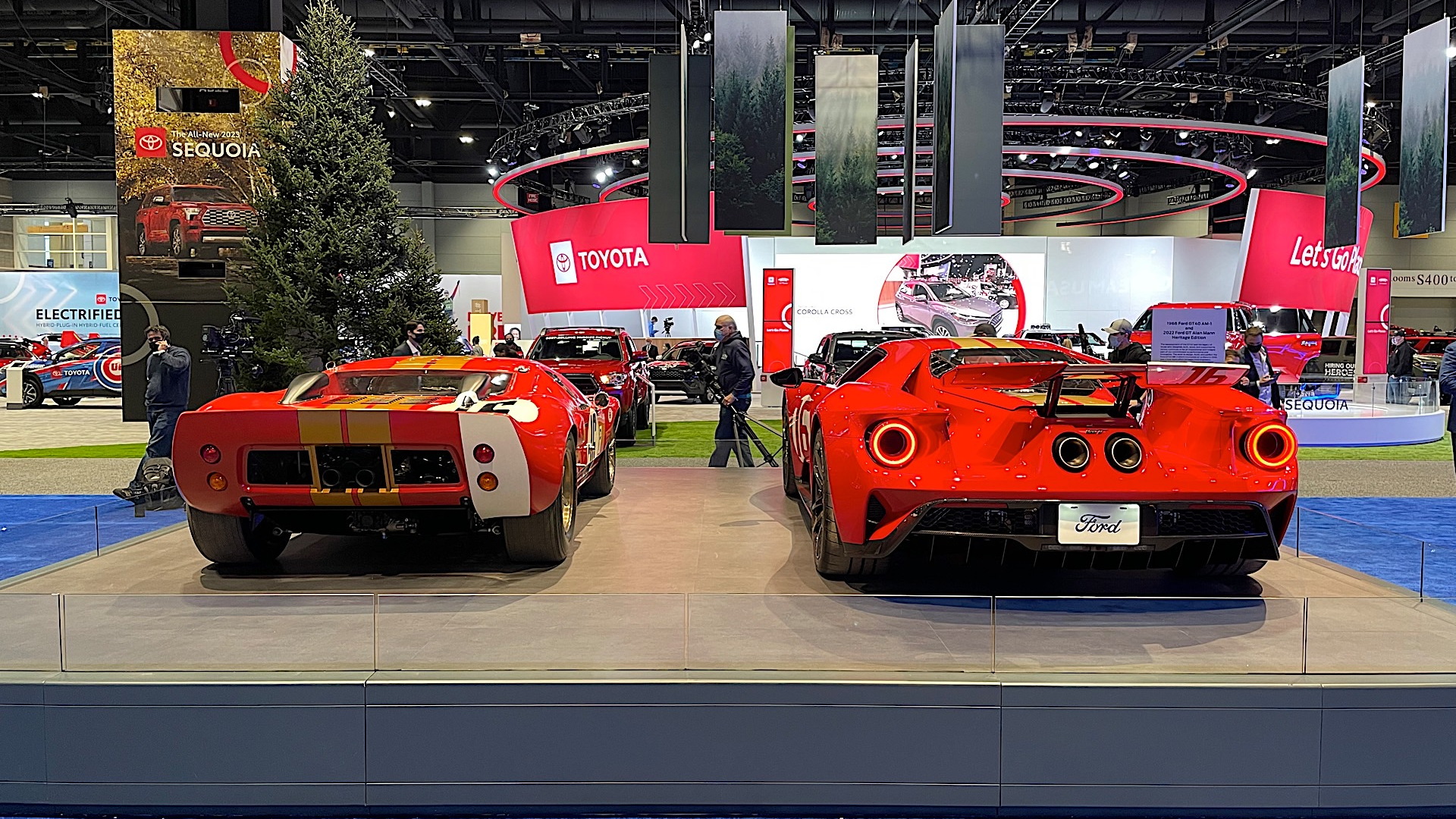 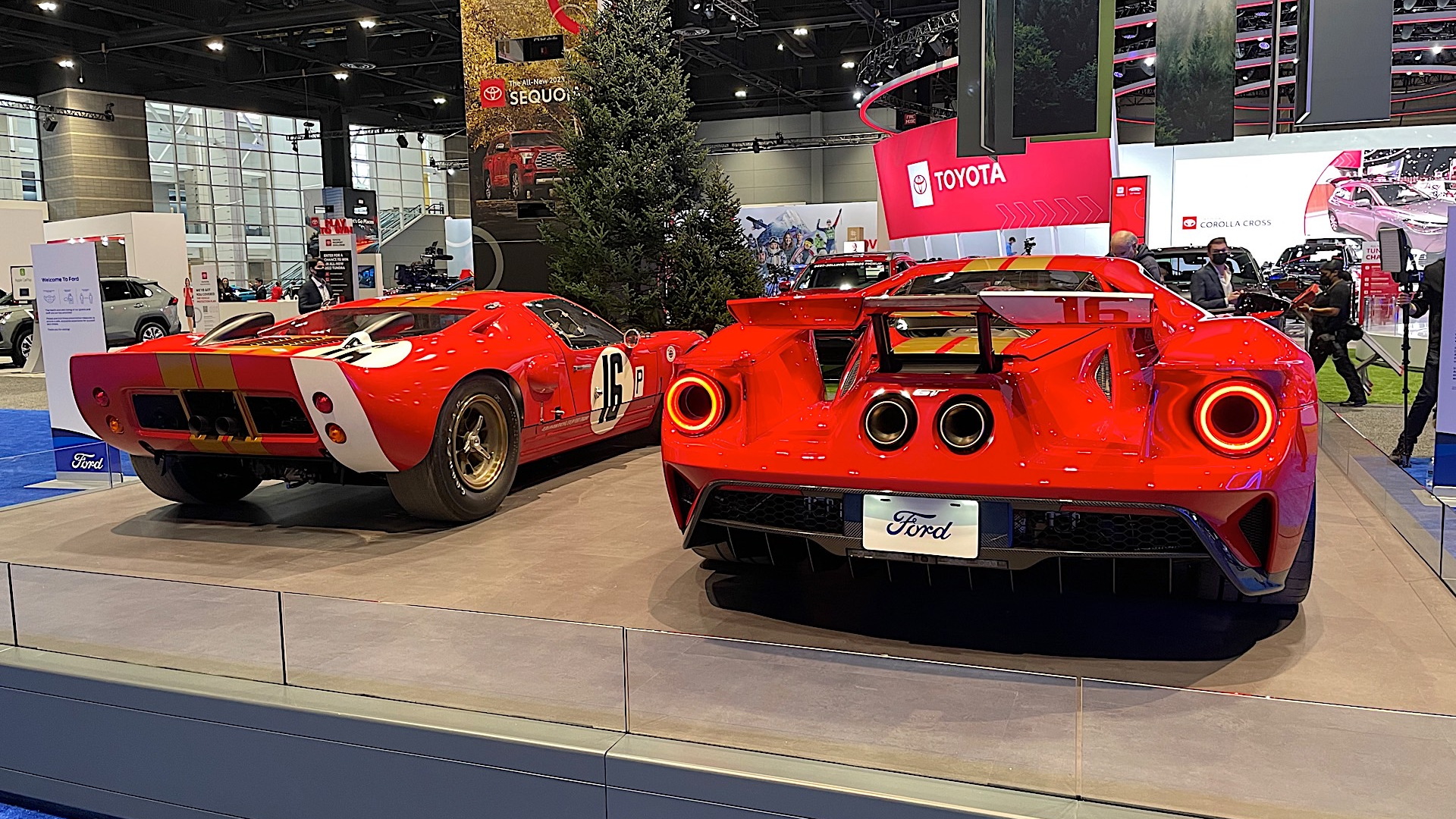 The 2022 model year is the last for Ford's GT supercar, at least for this generation, and Ford has more than one Heritage Edition version coming.

The automaker last August presented a GT ’64 Prototype Heritage Edition honoring some of the GT40 prototypes built in 1964, which gave life to the GT40 program and the car's illustrious racing career.

Alan Mann Racing was a British racing team that fielded Fords in various events, including the Monte Carlo Rally, Tour de France Automobile, and of course the 24 Hours of Le Mans. Crucially, the team helped developed a lightweight body for the GT40, with two examples built and raced in the 1966 24 Hours of Le Mans, though both ended up retiring. One of those cars, known as the GT-1, will also be on display in Chicago.

Like previous GT Heritage Editions, this new one features a special livery, specifically the signature red and gold hues that made up the livery on cars fielded by Alan Mann Racing. There are also white accents, as well as exposted carbon fiber for the aero elements, wheels and side mirrors. There's also no missing the racing number, in this case 16, which matches the number on the original GT-1 race car.

A similar theme carries into the cabin, with gold accents lining the dash, and red and gold accent stitching featuring on the black Alcantara-lined seats. Carbon fiber also appears on the door sills, dash and center console.

GT Heritage Edition cars don't come with any powertrain mods. This means the GT Alan Mann Heritage Edition is powered by the standard 3.5-liter twin-turbocharged V-6, good for 660 hp. The engine is hooked to a 7-speed dual-clutch automatic and spins the rear wheels only.

The arrival of the GT Alan Mann and aforementioned GT ’64 Prototype special-edition supercars brings the total number of GT Heritage Edition models to seven. Deliveries start in the first quarter of 2022. Ford hasn't said how many will be available, though earlier examples have numbered as high as 50 units. Note, these cars don't increase the total run of 1,350 units Ford will build for this generation of its GT supercar.