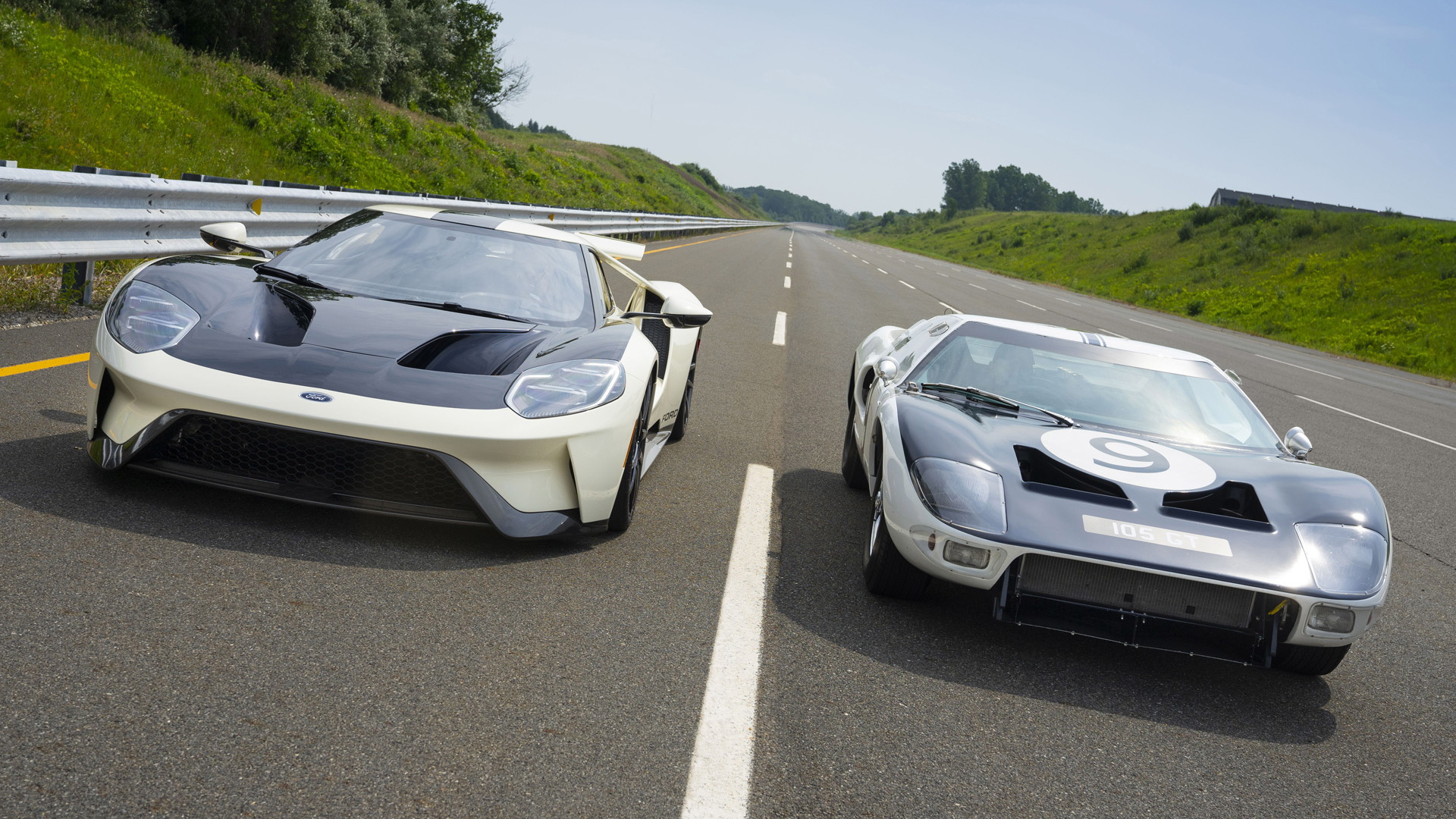 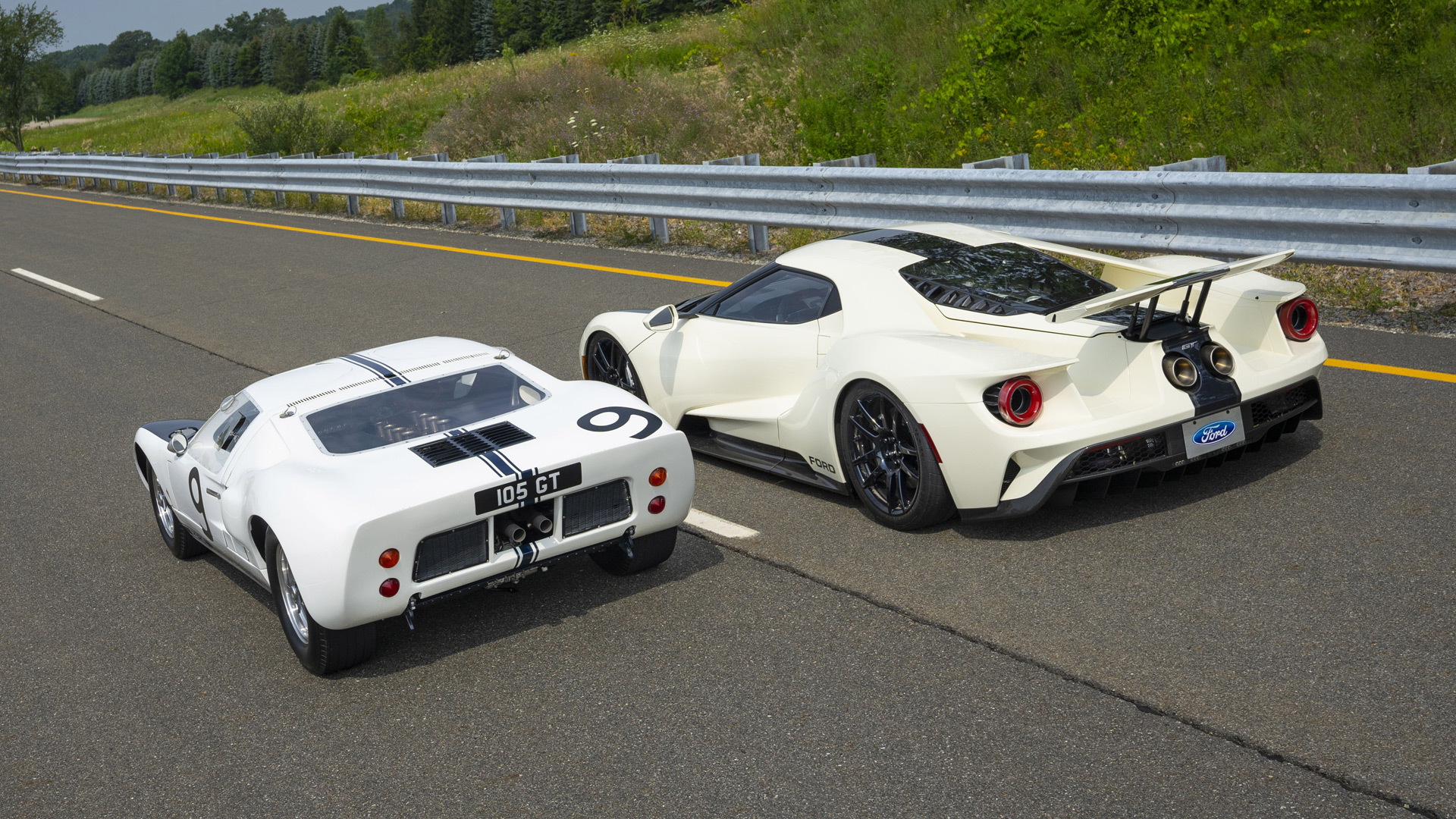 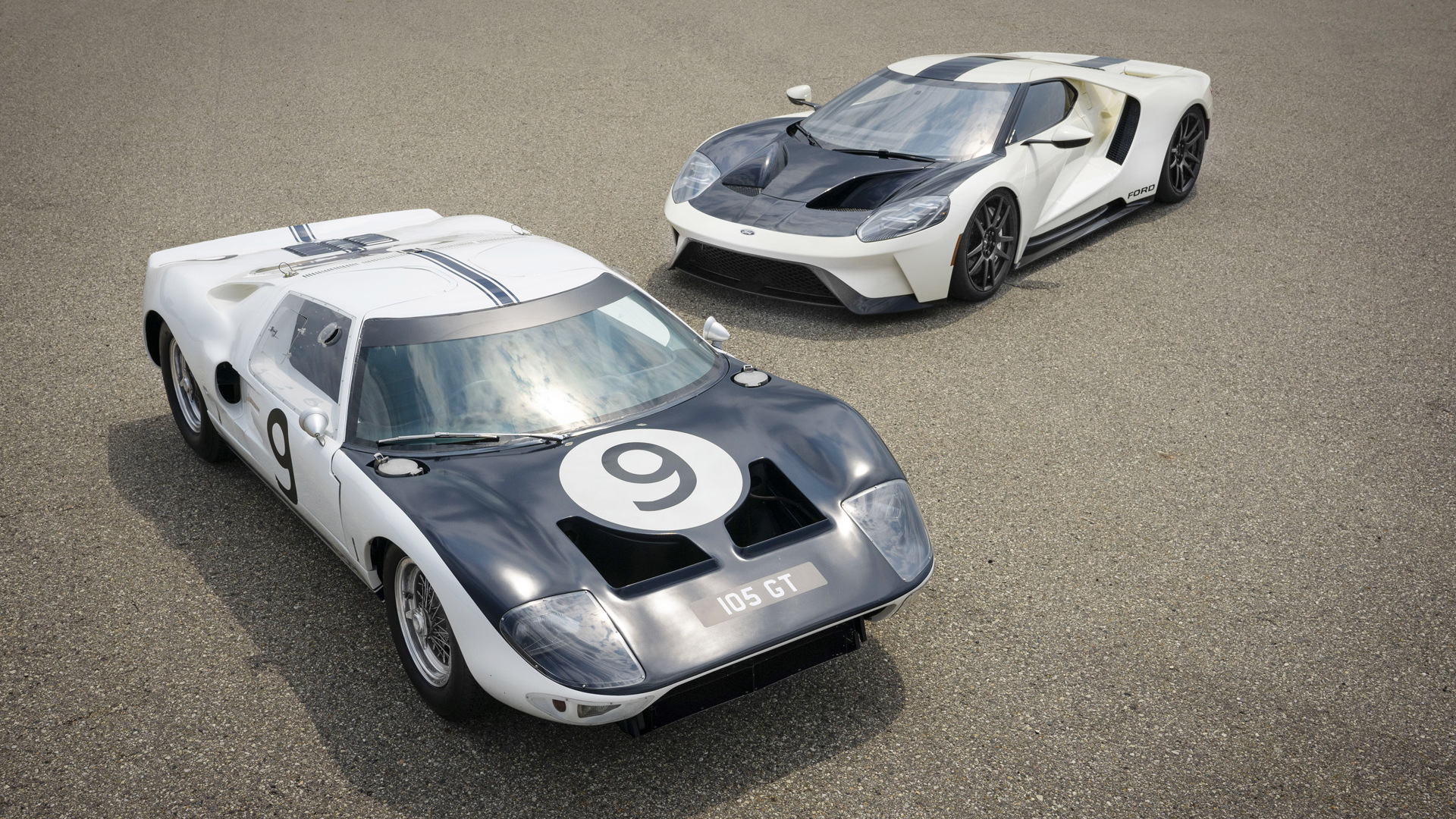 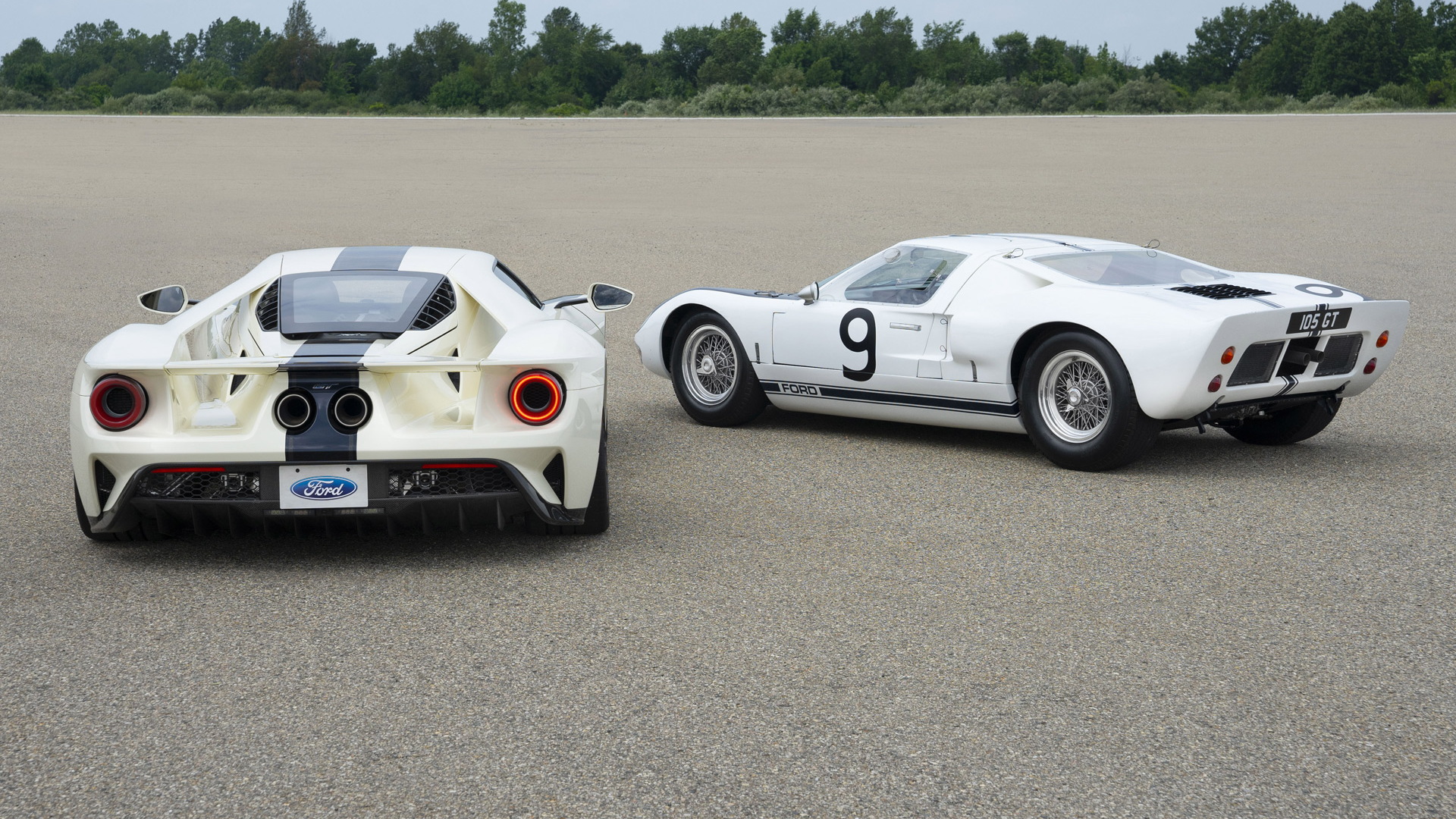 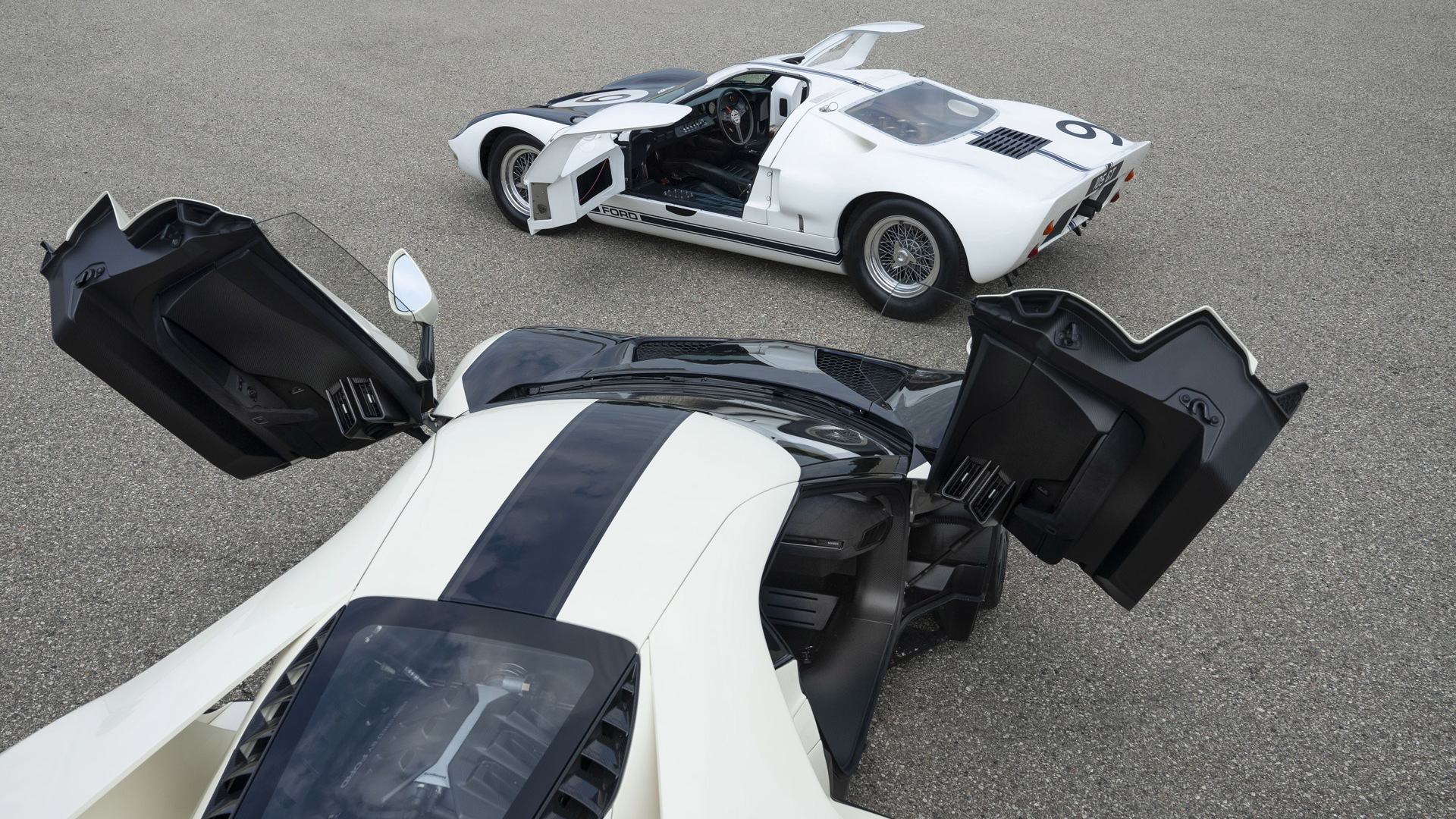 Ford's GT supercar enters the 2022 model year, its final year on the market, at least for this generation, with a new Heritage Edition model.

The special model honors the GT40 prototypes that Ford built back in 1964, and which gave life to the GT40 program and the car's illustrious racing career. It specifically honors the prototype bearing chassis number GT/105, the only prototype from 1964 still in its original livery, in this case Wimbledon White with Antimatter Blue accents.

No change has been made to the powertrain, which remains a 3.5-liter twin-turbocharged V-6 good for 660 hp.

Ford built five GT40 prototypes in 1964. GT/101, the example shown at the 1964 New York International Auto Show, and GT/102 were both scrapped after being used for crash testing. As sad as that sounds, the results of the crash tests were critical in making safety improvements to the later prototypes.

GT/103 was the car driven to victory by Ken Miles and Lloyd Ruby in 1965 at a race at Daytona, marking the first victory for the GT40 program. GT/104 was driven to third place in that same race by Bob Bondurant and Ritchie Ginthe. Today, those cars wear different liveries and can be seen at the Shelby Museum in Boulder, Colorado.

Production of the 2022 GT Heritage Edition will start in early 2022. Ford hasn't said how many will make up the total 1,350-car run of this generation of the GT.

The automaker presented a pre-production example of the 2022 GT Heritage Edition at 2021 Monterey Car Week underway California, together with GT/105. The first stop was Thursday's The Quail, A Motorsports Gathering. The car will also be shown on Sunday at the Pebble Beach Concours d'Elegance. For our full Monterey Car Week coverage, head to our dedicated hub.