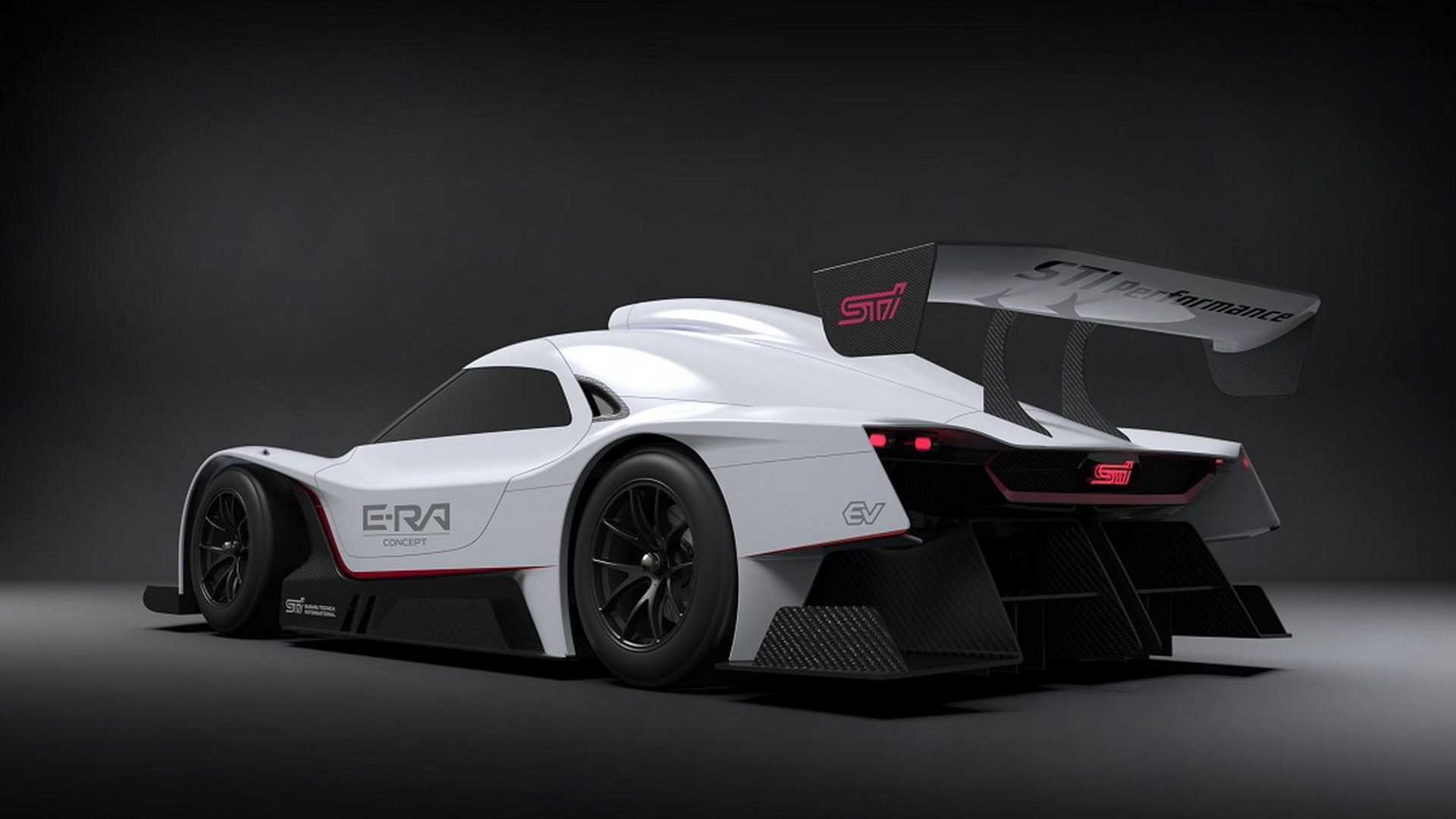 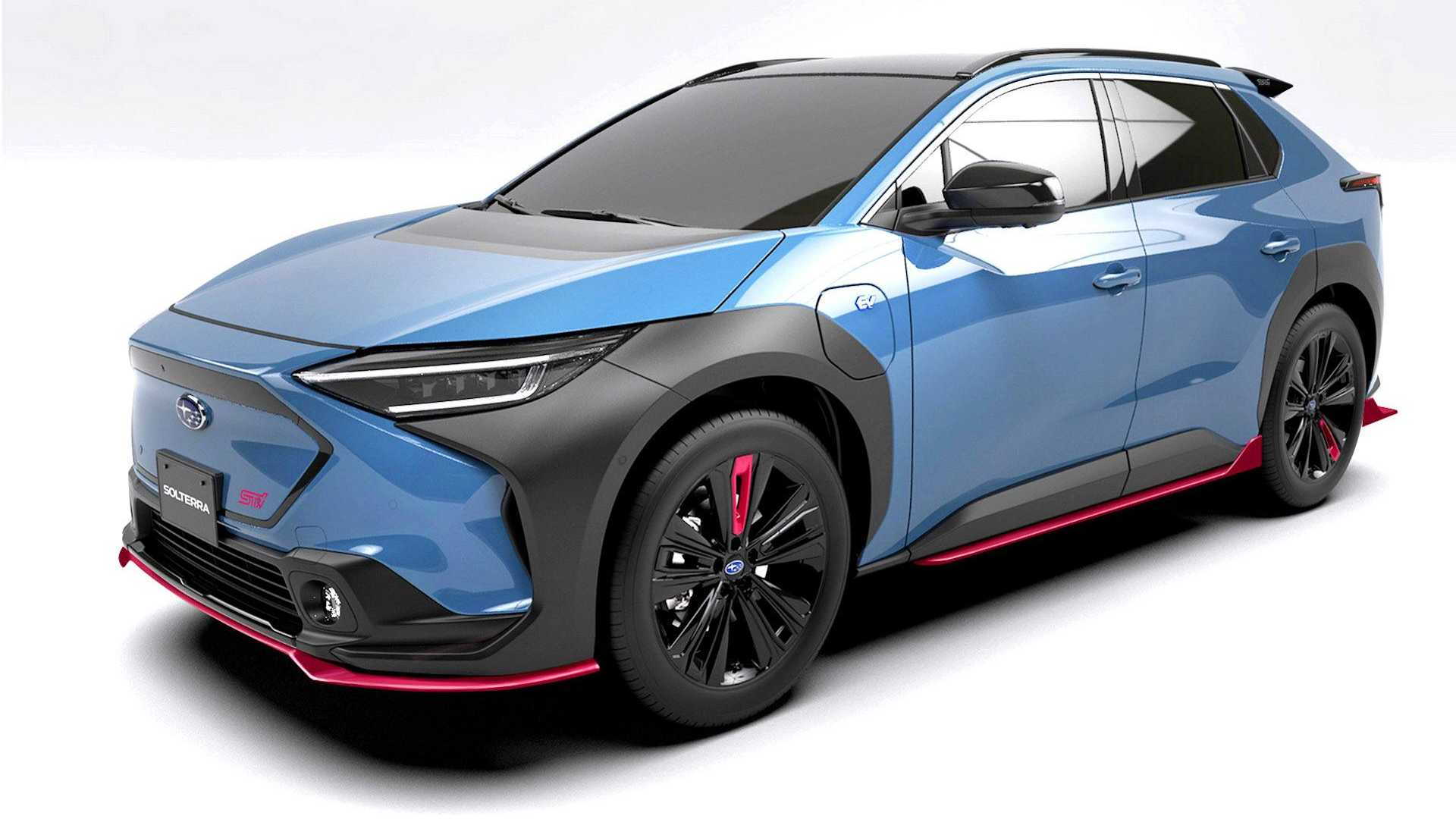 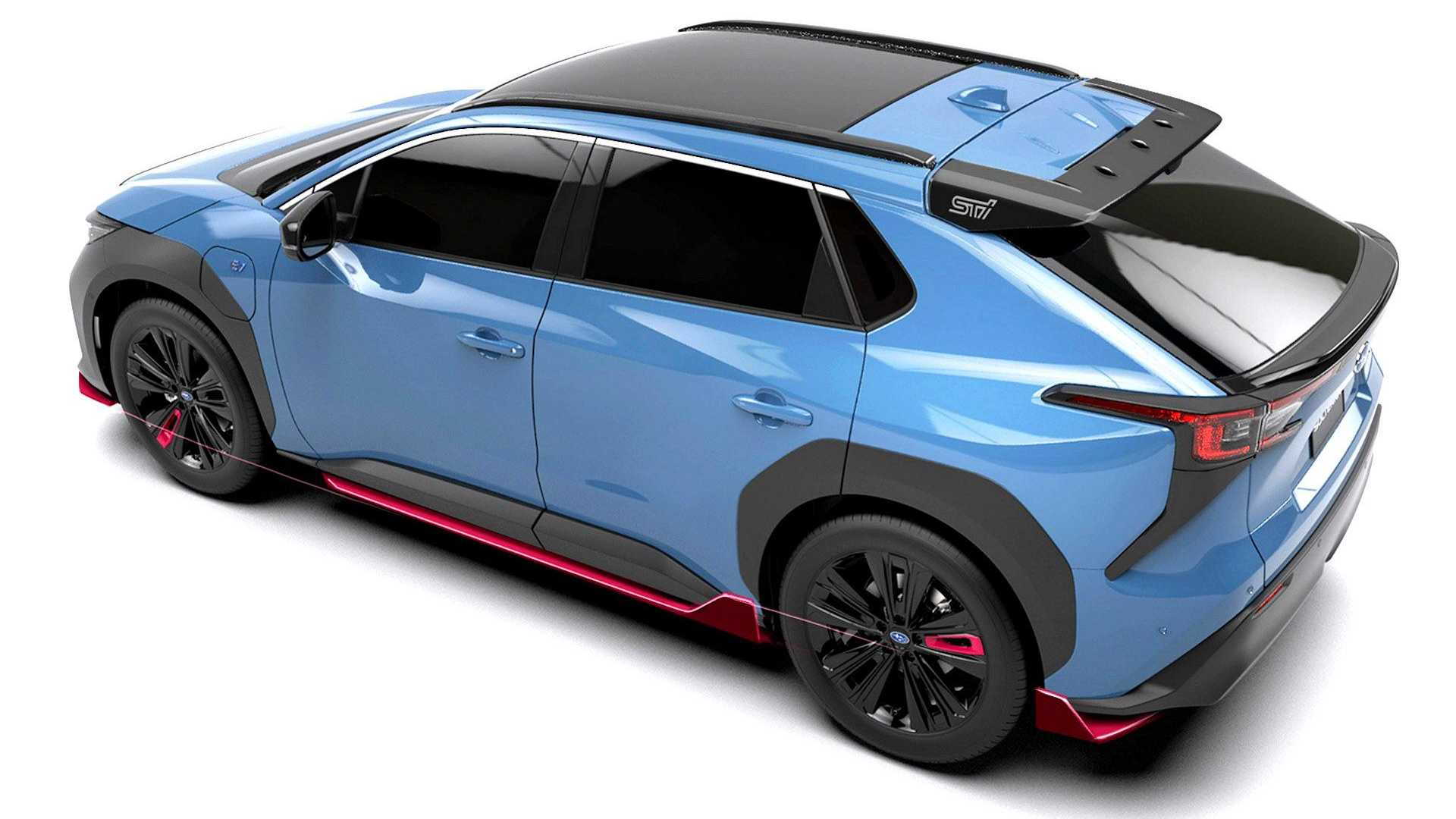 Subaru on Friday unveiled the STI E-RA concept at the 2022 Tokyo Auto Salon, a track-only supercar powered by batteries.

The concept is the first salvo from the new STI E-RA Challenge Project targeting the development of high-performance electric-vehicle technology for future road and racing programs.

It's powered by four electric motors generating a combined 1,072 hp and delivering a high level of torque vectoring via independent control of each motor. Subaru tailored the system to deliver high grip and stability, by having it constantly adjust to signals from sensors measuring brake pressure, g-force, steering angle, vehicle speed, wheel speed, wheel load, and yaw rate. 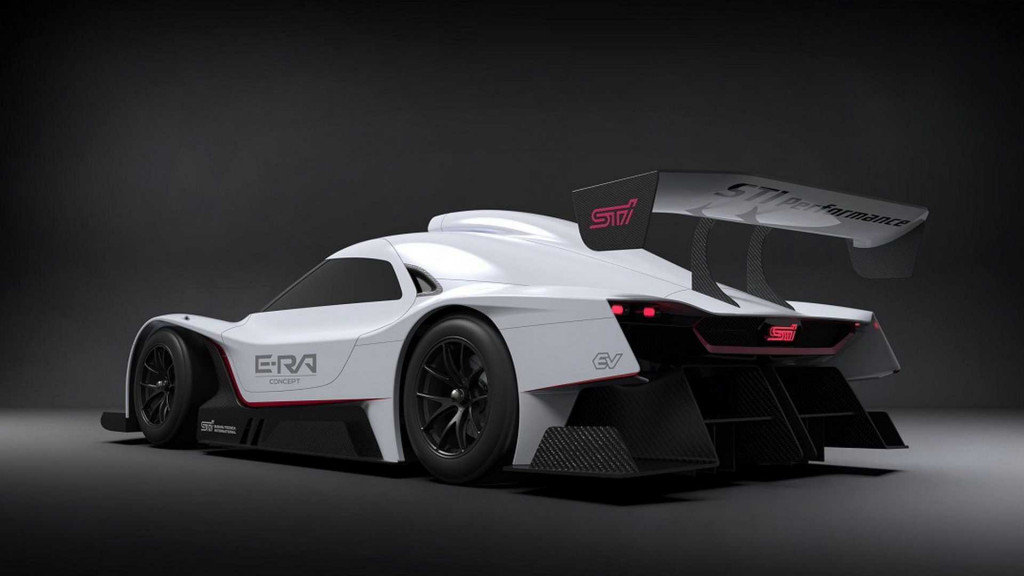 Each motor is integrated with a gearbox and inverter in a modular unit that was developed by Yamaha, and each of these units is mounted directly to a wheel—a design Subaru says is used in motorsport and better for responsiveness and yaw control. The motors draw their energy from a 60-kilowatt-hour lithium-ion battery.

Subaru fans will be quick to note the “RA” in the name as Subaru's designation for track-focused vehicles. It stands for “Record Attempt,” and has been applied to various Subaru performance models, with the 2018 Subaru WRX STI Type RA being the most recent recipient.

We're not sure what records Subaru plans to set with the STI E-RA, but it won't be a Nürburgring lap time. Subaru said it will take the STI E-RA to the 'Ring in 2023 in an attempt to set an official lap time, but is only targeting a time of 6:40. That's nowhere near the current record for EVs at the 'Ring, which is the 6:05.33 set by the Volkswagen ID.R in 2019. 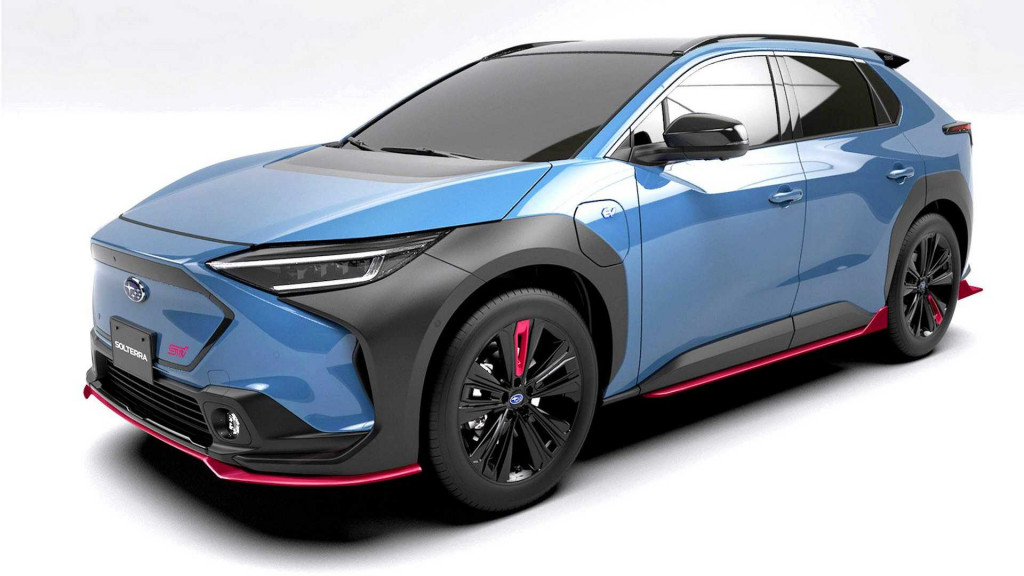 Subaru also had on its Tokyo Auto Salon stand a 2023 Solterra electric crossover fitted with concept parts from STI. These include a roof spoiler, full body kit, and custom wheels.